The architect Leopold Bianchini has crafted an installation in Brussels in collaboration with Café Recyclart, combining a traditional Belgian dish - eel in green sauce - with the production of the necessary ingredients. 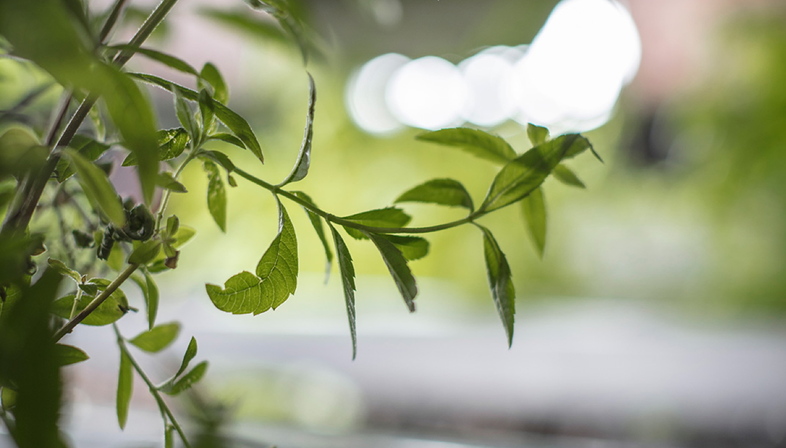 The architect Leopold Bianchini has crafted an installation in Brussels in collaboration with Café Recyclart, combining a traditional Belgian dish - eel in green sauce - with the production of the necessary ingredients. At the same time bringing to the fore the mysterious life of the European eel.


Interior architecture for restaurants is everywhere, you get lots of examples of how to interpret the “sense of place”, local materials, but rarely does it address the crucial question of the food that is served in these areas, with the exception of their appealing plate-up.
With his latest work, the Swiss architect Leopold Bianchini has come up with a concept that instead takes into account not only the strictly formal aspects of interior design but also proposes a rather unusual connection with one of the main ingredients of local cuisine, “Paling in 't groen”.
Eel in green sauce is a traditional Flemish dish known all over the world. According to many connoisseurs, what makes this dish unique is the sauce, which is made using fresh herb growing along the banks of the river Scheldt, where the European eel is fished.
The Leptocephali species, whose life in its various forms is characterised by migration from the Atlantic to European coastlines where it then moves up the rivers, has not yet revealed all of its secrets. One thing we do know, however, is that its very survival is at risk in our urban landscapes.
So, Bianchini with Café Recyclart came up with the Aquaponic Eel Bar in an attempt to produce in a single location both the fish and the herbs used to make this local speciality. A kind of hut inside the gallery of Café Recyclart. The roof of the structure designed by Bianchini consists of aquariums where the eel lives, its excrement is turned into nutrients that feed the plants, which in turn filter the water and are used for the sauce.
With Aquaponic Eel Bar, the architecture sets the scene for an unusual storytelling narrative to make the general public more aware of this mysterious species that plays an important role in Belgian cuisine but that risks disappearing from the tables. 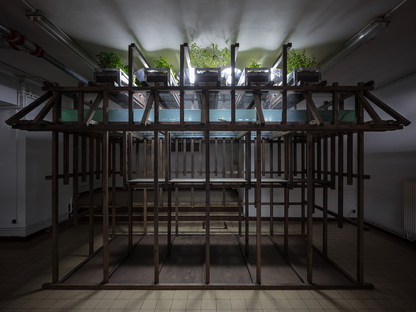 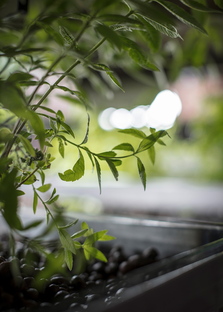 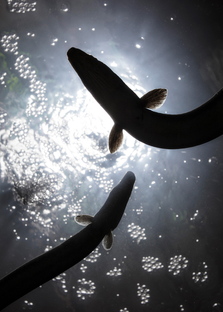 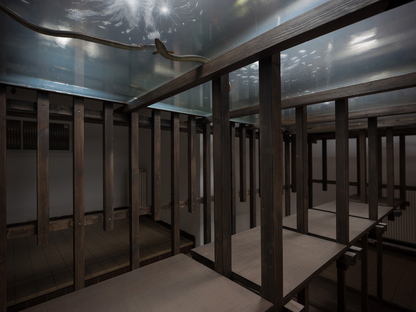 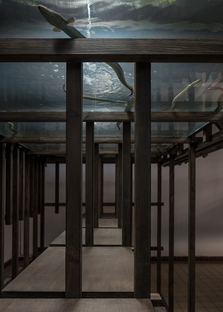 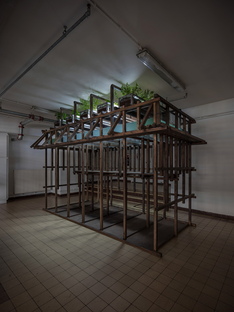 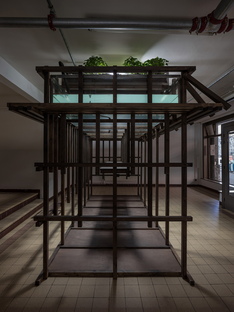 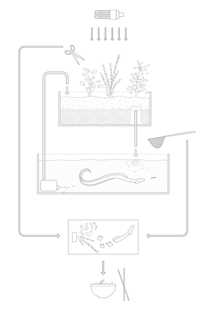 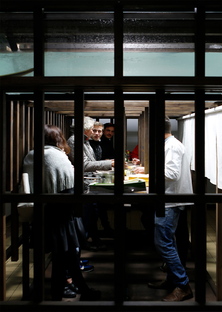