A few years ago, Dutch designer Casper Schols designed a cabin for his mother in their own garden. In the meantime the project has evolved into ANNA Stay, and now this flexible and sustainable small building has won the renowned Architizer A+ Awards Project of the Year 2021 as the jury's winner in the Architecture +Living Small category. 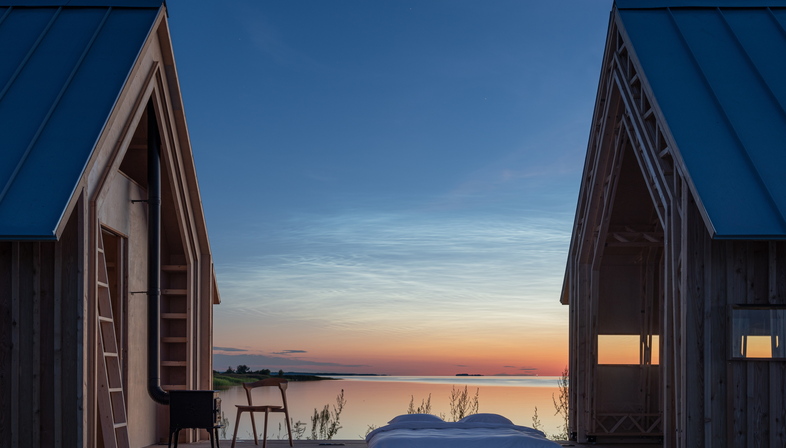 Sometimes they come back. When we saw that the log cabin, ANNA Stay, by Dutch designer Caspar Schols, won the Architizer A+Awards Project of the Year 2021 award as jury winner in the Architecture +Living Small category, we remembered the project, published 5 years ago in Floornature. Because back then, we were already dazzled by the incredible beauty, elegance, and sustainability of the tiny house that Schols, a physics graduate, designed for his mother in 2016.
The young man, who had no architectural training whatsoever, set about creating an architecture that would make a dynamic connection between users, nature, and the home. All because he wanted to give his mother, an active woman with many interests, a flexible space where she could read or paint, organise family dinners, and where her grandchildren could come and stay and put on plays.
The idea led to the creation of the Garden House, a cabin in the garden of the house with a surface area of just 25 square metres. After its great success with the public, including international awards and inquiries from all over the world, the design was further developed into ANNA Stay, a cabin intended for short and long stays. In the meantime, Schols has fine-tuned several details that make this dynamic cabin even more livable, designed precisely to transform itself according to the mood of the users, in response to the seasons, or simply according to the weather conditions at the given moment.
For this reason, the cabin based on a rectangular platform has two different 'shells' as outer walls, which are supported by rails. The inner wall, consisting of a structure made of timber and glass, is separated from the closed outer wall made of wood. Moving the shells and the glass structure makes different configurations possible where you can basically stay "en plein air" in your own bed, as we can see from the beautiful photographs taken in Estonia, where one of Casper Schols' cabins was installed.
This small building responds perfectly to the current need, marked by the pandemic experience, which sees a massive return to the countryside, to places in contact with nature. Places where people can regenerate and rediscover that bond with the natural world people living in the city in particular risk losing. As Casper Schols tells us: "With ANNA Stay, we want to invite people to experience living outdoors and to create a deeper connection with nature, self, and others. We believe that the enhancement of this sensitivity will result in more love and care for nature, the planet, and for people at large".
Cabin ANNA convinced the jury of the prestigious Architizer A+ Awards Project of the Year 2021 and won the jury prize in the Architecture +Living Small category. 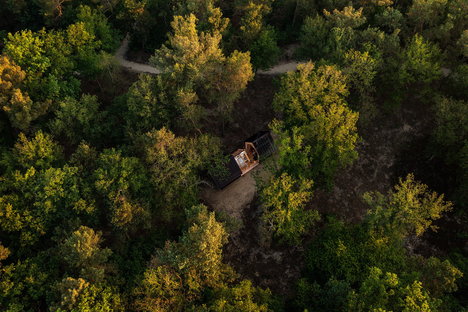 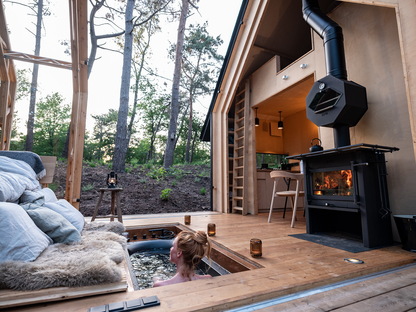 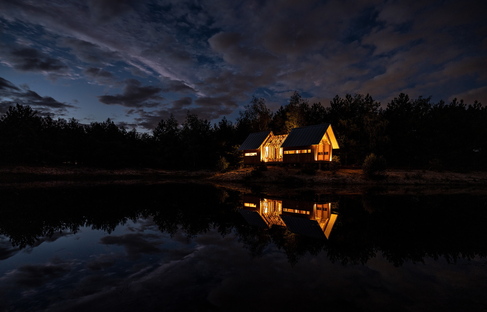 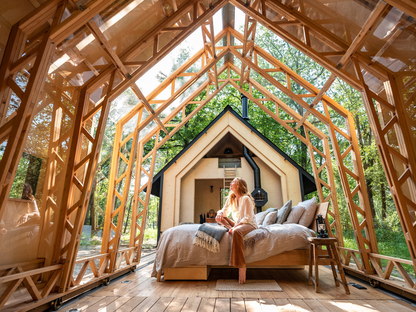 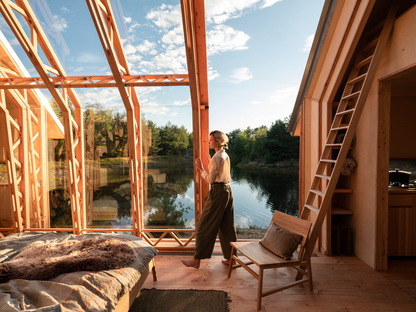 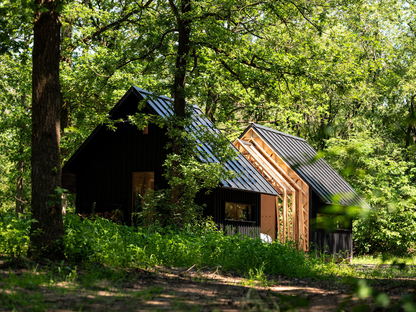 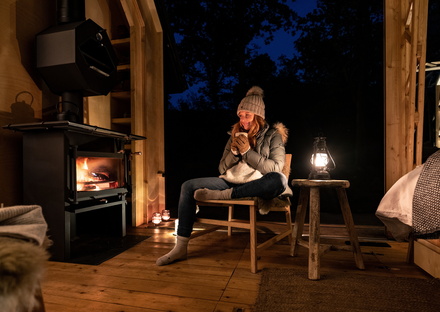 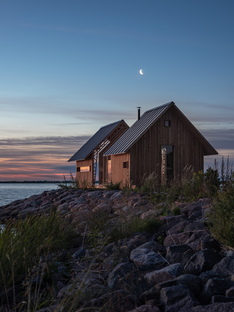 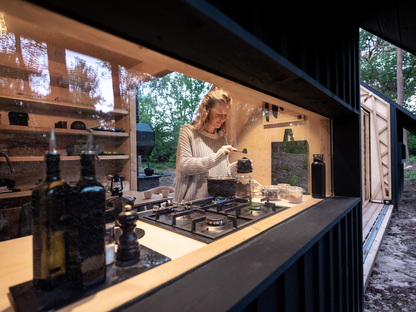 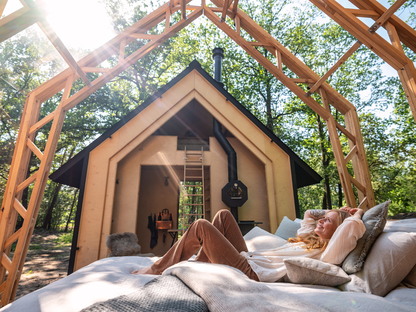 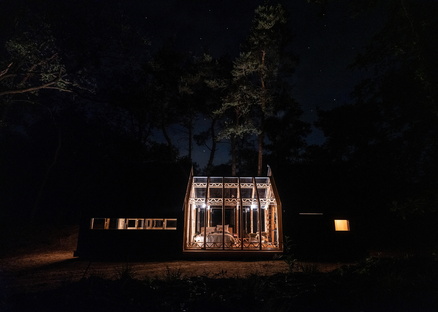 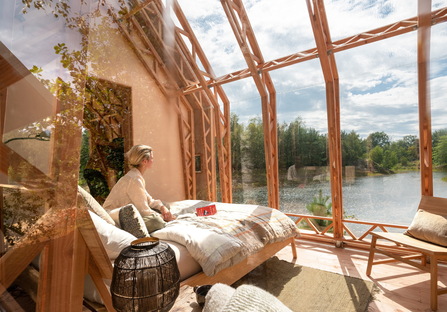 b210 and the Nature Villa micro-hotel in Maidla Nature Resort