b210 and the Nature Villa micro-hotel in Maidla Nature Resort

Nature Villa in Estonia’s Maidla Nature Resort, designed by Estonian architect Mari Hunt, is a wooden micro-hotel built on stilts that may well be the smallest building ever nominated for the Mies van der Rohe award: an example of high-quality sustainable architecture on a reduced scale. 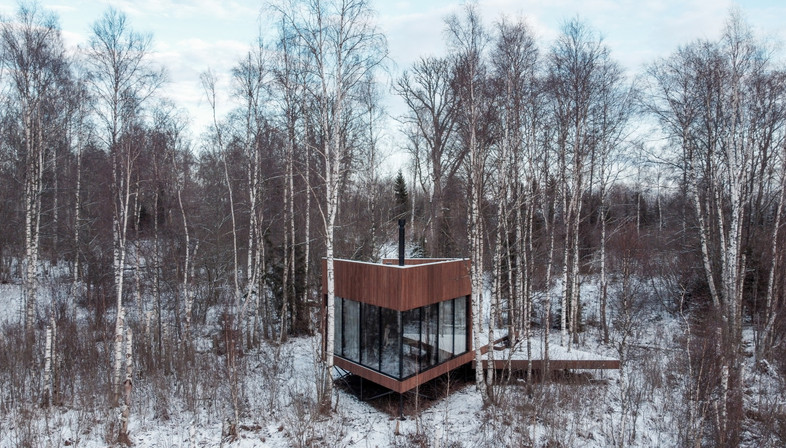 The long list of candidates for the Mies van der Rohe Award, European Union’s most important award for architecture, was announced recently. The 449 architectural projects nominated for the prize (link news Agnese) include this tiny volume measuring only 28 m2, designed by architect Mari Hunt of b210 and constructed by the owners of Maidla Nature Resort, a hotel complex in the forest about fifty kilometres south of Tallinn. Alongside the fifteenth-century manor houses, the resort now has a new addition, Nature Villa: a tiny construction on the edge of a marsh, surrounded by the uncontaminated nature of Estonia, demonstrating how much contemporary architecture and design can do even on a tiny scale, in which every millimetre of land is precious and should be preserved for nature.
The micro-hotel in this isolated area where guests experience the landscape of Estonia’s vast natural peat bogs and are likely to see more elk and foxes than people is based on resort owner Ragnar Sass’s idea: he noted on his travels how much quality architecture can improve our perception and enjoyment of a place. He chose Mari Hunt of Estonian studio b210 to put this idea into practice, a logical choice as the architect has been known in Estonia for many years for her works underlining the landscape through architecture, as in the case of the megafones in Pähni forest or the floating sauna in Soomaa.
Nature Villa Maidla is built out of local wood and rests on 7 metre stilts driven into the bog to make the structure stable on fluctuating terrain. The hotel’s lower terrace and floor are raised one metre above the ground so that the building will not be flooded when the water level is high. The accessible flat roof serves as a solarium and belvedere, while the big windows of the single room in the little hotel open onto a marsh landscape abounding in plant, bird and animal species.
After all, in a world where 75% of the population lives in cities, the real luxury today is uncontaminated nature.
Architect Mari Hunt is particularly happy about the nomination of Maidla Nature Resort for the Mies van der Rohe Award, and comments that: “Large-scale public buildings are usually nominated for the award, to represent the public and well-known face of European architecture. I believe we were chosen because when creating the Maidla hotel we managed to capture something that’s of critical importance in today's Europe – we tried to create a space that would remind people of their connection to nature, the fragility and value of this link that is already disappearing in many places."
An important reflection, especially in relation to the pandemic that has radically changed the way we live, as renewed contact with nature, preferably in solitude to permit physical distancing, is our only leisure activity.
Maidla Nature Resort by Mari Hunt of b210 has already won two important awards: the SMALL 2020 Award presented by the Estonian architects’ association and People’s Favourite in the 2020 Wooden Building of the Year award. 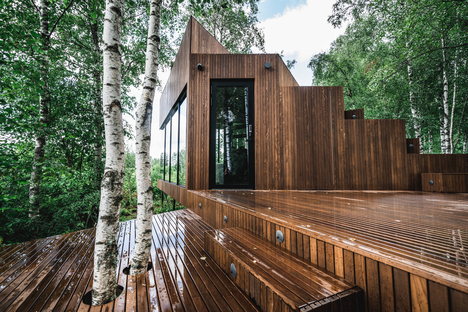 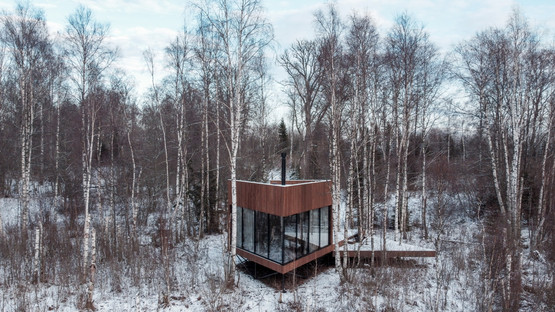 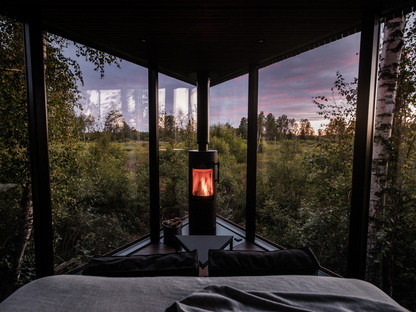 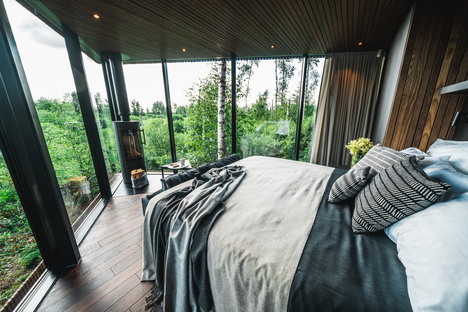 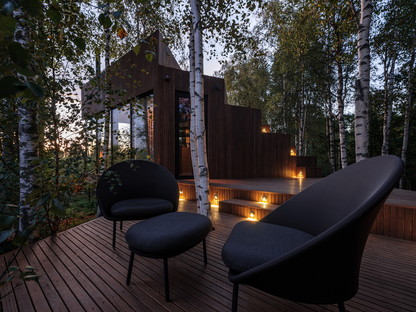 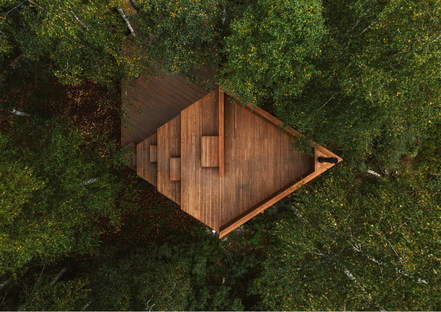 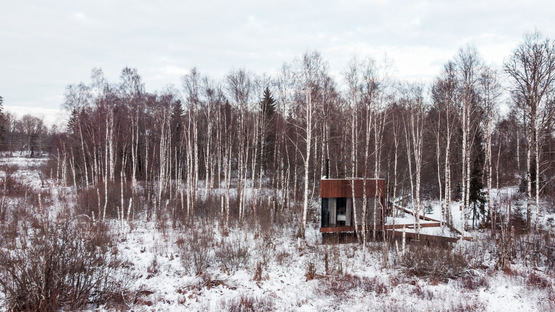 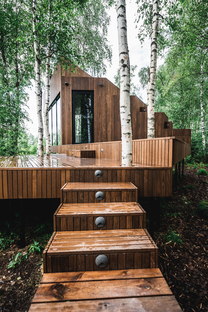 VALA Sauna a Soomas in Estonia