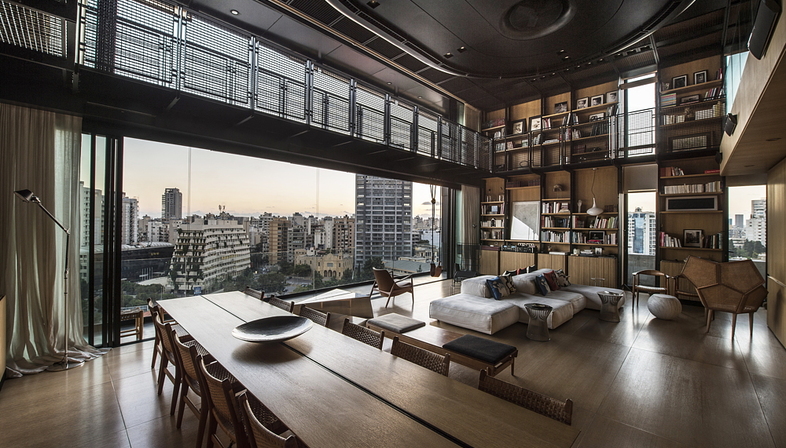 Born into the profession, Bernard Khoury is well-known in Lebanon as the architect who is changing the face of the city of Beirut. NBK (2) is his own family’s home, a penthouse on three levels built at the top of Plot # 2251, an eight-floor black steel and glass apartment block constructed on what is still the boundary between the eastern, “Christian” part of the city and the western, “Muslim” part. A barrier without walls, which people can still perceive nonetheless, over which this skyscraper towers, rising up in a vocabulary that does not declare its alliance: the vocabulary of contemporary architecture.
A project full of contradictions, that seeks to surprise the onlooker with complicity, starting with its outer form recalling the armoured turret of an army tank. The NBK residence (2), which shares only the block containing vertical links with the volume below it, is an independent structure with a spiral staircase connecting its three levels, which at first glance reveals its own independent concept of its context. The interiors revolve around a big empty belly, the proportions of which are obvious even from outside, as one of its walls is made of glass, 6 metres high, so that the home literally appears to jut out over the city of Beirut.

ide This is the living room of the apartment, a space that is boundless not only because of its imposing size (12 metres wide, 6 metres deep and 6 metres high), but also because its horizon is not the one the outside walls suggest, but is much farther away: the horizon of the city, extending as far as the eye can see. Precious furnishings such as the dining table, sofas and armchairs fail to distract from the fact that the space is actually an enormous library, with bookshelves up to 6 metres high, requiring a black steel walkway suspended at a height of 3 metres and 20 cm above the floor in a C shape around the three outside walls. One can imagine how dizzy one would feel looking for a book and then distractedly raising one’s eyes to look at the unbounded empty space over the city below.
Taking a closer look at the room, we discover that the built-in furnishings, from the metal structure to the wooden cladding, have been designed and made in partnership with local craftspeople, and are the result of a tradition of handcrafting which Khoury revives as a living, highly relevant testimony. In the NBK residence (2) he designs every little detail of the interiors, from the spiral staircase to the handles, the wooden floor rising up to become bookshelves and then a ceiling, and the mysterious suspended air conditioning system, true to his idea of architecture as total art.

The cosy feel of the interior created by the wood contrasts with the cold black steel defining its outlines. The ventilation machine that appears to be made of steel is actually made of plaster painted black, and, far from being a mere technical element, its unjustified size and “threatening” position poised over the living room made it into an ingenious provocation. Like the presence of two black steel girders on the roof, which are clearly (and intentionally) out of proportion, as their sole purpose is to light up the swimming pool on the terrace. 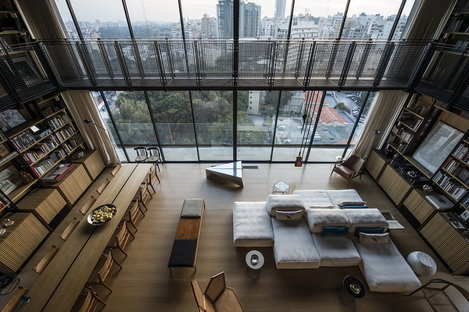 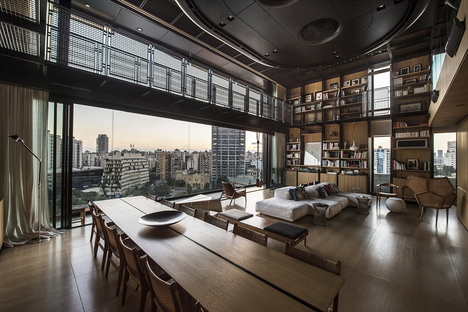 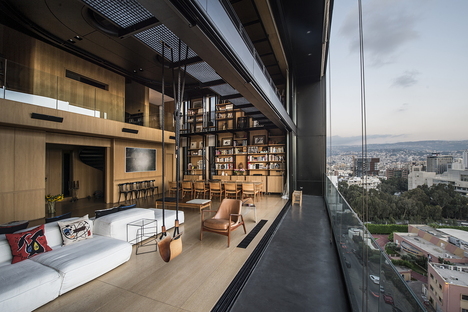 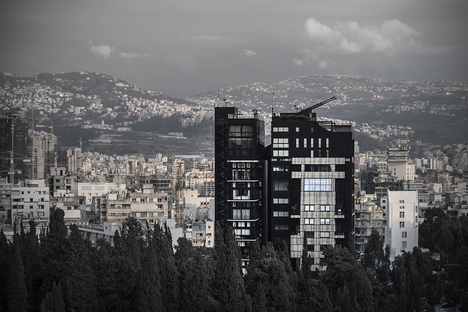 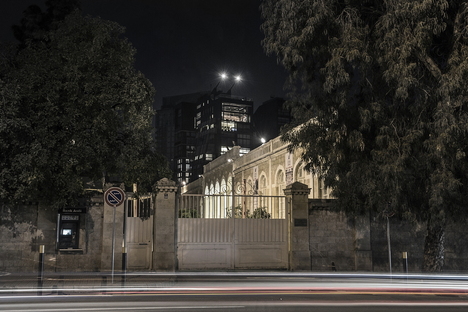 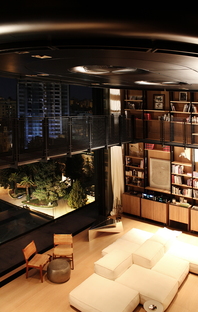 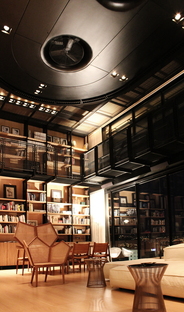 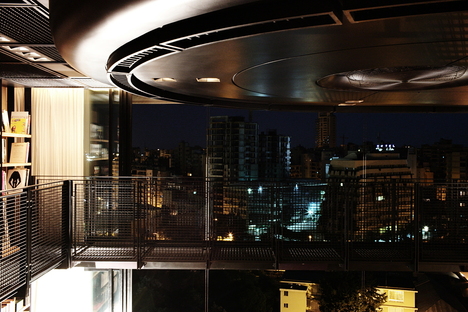 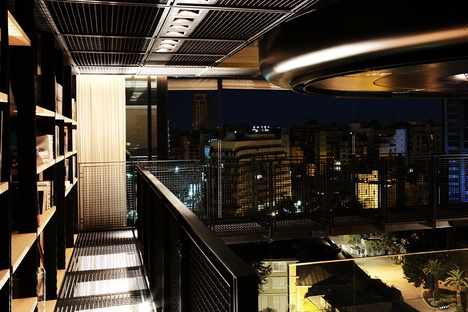 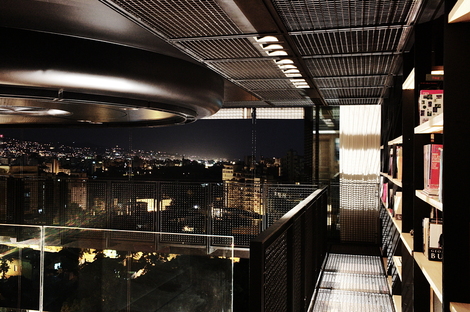 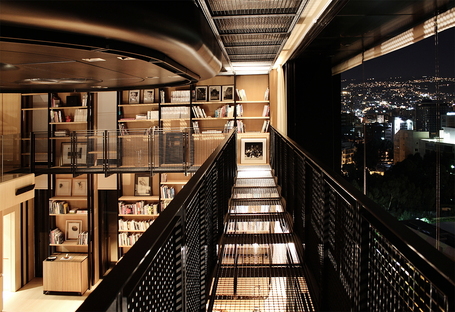 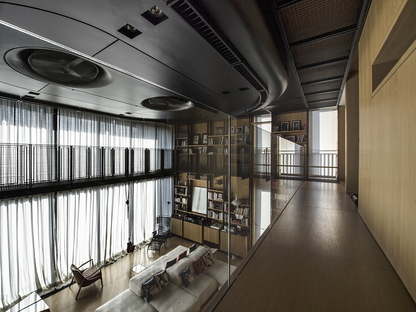