Raif Dinçkök Yalova cultural centre, near Istanbul, is a reflection on the theme of the façade in homage to Arabian architecture with its decorative gratings. Architect Emre Arolat interprets the façade as a skin which is entirely independent of the interior layout, and uses his material, Corten steel, to build a landmark in the landscape. 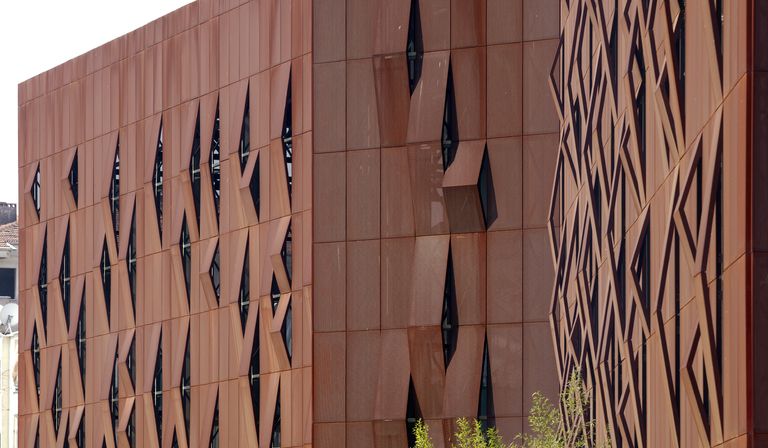 Emre Arolat?s building housing Raif Dinçkök Cultural Center in Yalova, near Istanbul, marks a milestone in development of the theme of the façade in the discipline of architecture. Located at the western end of the lot it stands on, the building looks like a fixed scenario overlooking the garden in front of it when seen from far away. But as we approach, the vision is enriched with the colour changes that time and the weather have caused in the Corten units making up its surface, the transparencies of each single mesh in the grid and the chiaroscuro effect of the decorations formed by setting the units at an angle. The building clearly draws its inspiration from the gratings on mosques and Arabian buildings, thresholds of a world worth preserving and confines of physical and spiritual interiority. The scenario appears mobile, variable according to the light and the climate, subject to ageing like the material it is made of, Corten steel, which develops a layer of protective rust in an uneven purple colour when exposed to air.
This surface, which follows the design of the building, is just the same with no particular distinctions between the four walls, and is not a façade in the traditional sense: it does not serve any structural function, for this role is played by the numerous reinforced concrete pillars set all around the building?s perimeter inside it, but is a dramatic element with a strong impact on the landscape freed from any relationship with internal architecture and its layout and functions.
There is no simple correspondence of levels and layout between inside and outside, but the outside is treated as a decorative surface with a symbolic, self-referential purpose while the interiors are treated as technical volumes with no skin, the form of which is directly dependent on their functions, with no super-structures, in which even paths at ground level and above are freely designed in space without any physical connection with the spaces and places they lead to.
The result, created by the combination of the screened vision of the outside and the complete flexibility of “navigation” on the inside, is the sensation of being in an open space, outside rather than inside, even though the building has a closed roof and no direct access to the garden other than through the 3 entrance doors. In this new context value is added to the “technical” volumes in which the centre?s activities take place: an auditorium with 600 seats, a laboratory for 150, exhibition halls, a coffee shop, bookshop, etc. whose form and graphic signs allude to their purpose.


Architecture has always interpreted the façade as one of the main themes defining the philosophy of design. A building?s skin traditionally formed a protective barrier, a diaphragm separating inside from outside with essential structural functions mirroring the building?s internal composition. This theory fell apart in the twentieth century, though with premonitory signs before this, and the abundance of “façade architecture”, a disparaging expression commonly used for many years to refer to the dissociation of outside and inside at the expense of quality in the interior, has now led to experimentation with greater lightness and opened up solutions privileging impact on the landscape and on users? subjective experience. 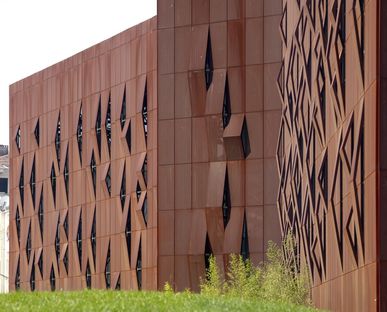 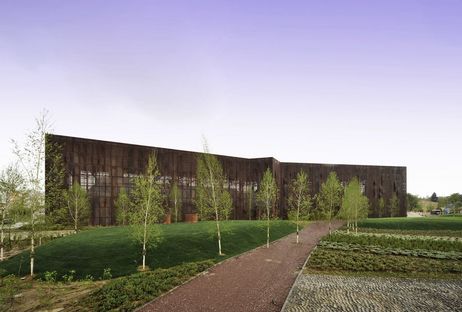 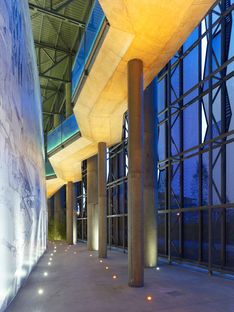 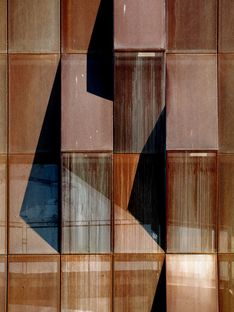 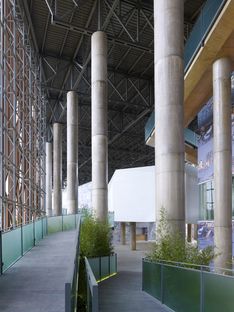 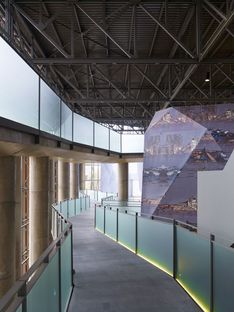 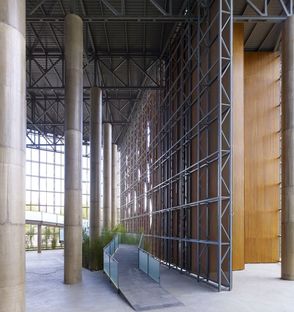 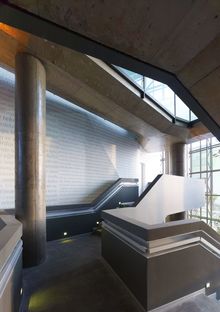 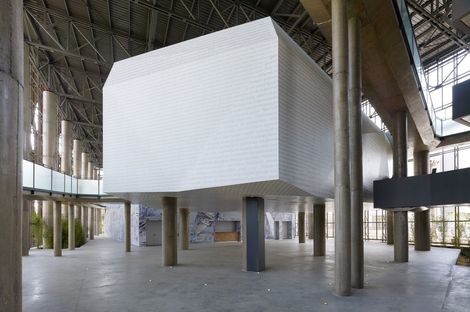