Architectures of light in the city in winter

The Christmas lights that lend a fairy-tale atmosphere to some of the most significant places in our cities are among the most exciting events of the Christmas holidays. Decorations and true works of art made of light, intangible architectures and impressive structures capture all the magic of Christmas. The tradition of lighting up the long winter nights, especially on holidays, has very ancient origins, representing the eternal struggle between good (light) and evil (darkness). Christmas decorations now offer an opportunity for cities to promote their image and attract visitors. We have already presented a number of interesting, well-organised events featuring installations meant not only to be seen, but to get the public involved in fun forms of interaction: the Luminothérapie festival in Montréal, Canada, the Amsterdam Light Festival and events in London and Brussels featuring the Canadian lights from the Quartiers des Spectacles. 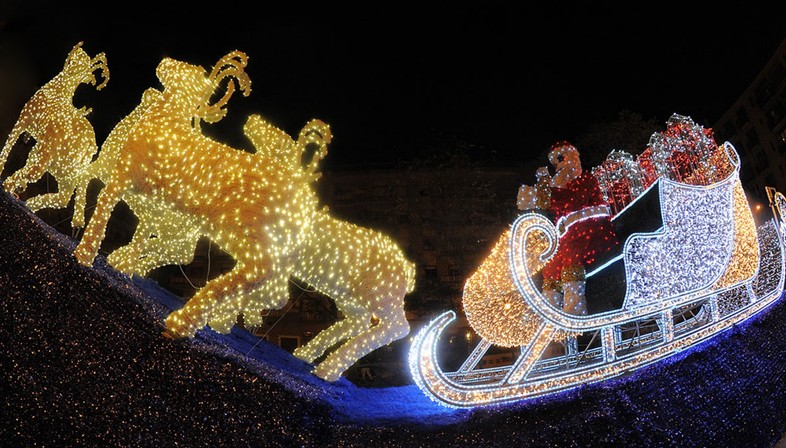 One of Italy’s oldest light festivals is held in Salerno: “Luci d'Artista” will be held for the 11th time this year, and the theme for 2016 is “Arabian Nights”. New light sculptures decorate the streets, squares and lanes of Salerno, and the story of Aladdin adds to the installations at the “Villa Comunale”, the big city park which is transformed into an Enchanted Garden for the occasion.
In Parma, we photographed some small-scale examples of light architecture, an arch and two trees which, despite their simplicity, have become a popular location for selfies and a fun attraction in the city.
In Naples a company specialising in temporary installations for concerts and performances has cooperated with the local government to set up a gigantic metal tree. The installation, named “N'Albero”, will be on the waterfront in Naples until March, containing shops, restaurants and cafés.
In Milan the installations of the 2016 Natale Durini Design District, a joint initiative by a number of important Italian brands, draw their inspiration from design. The Via Durini area has been decorated to form a new kind of Christmas tree, a hanging garden designed by floral designer Elisabetta Bodini. 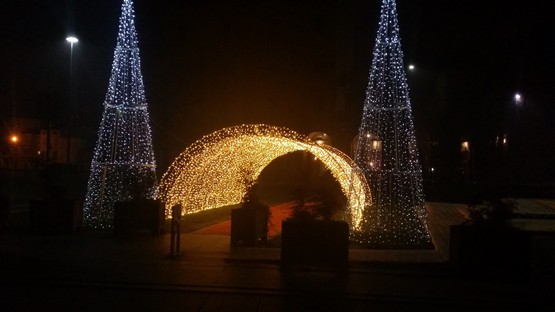 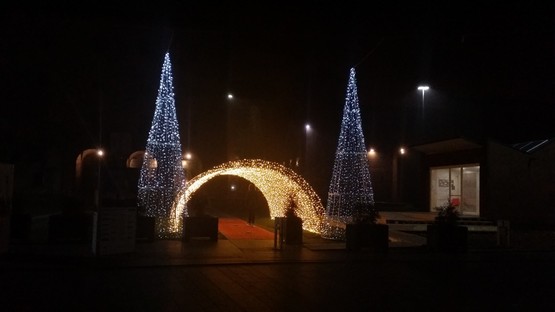 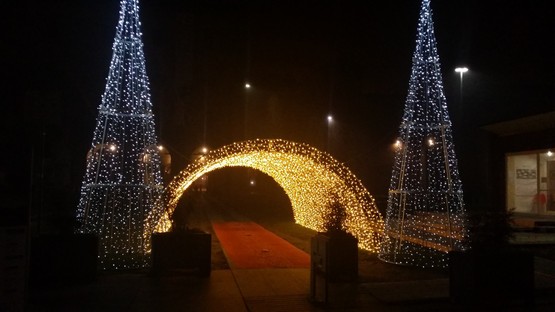 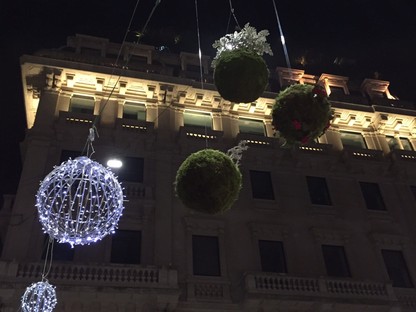 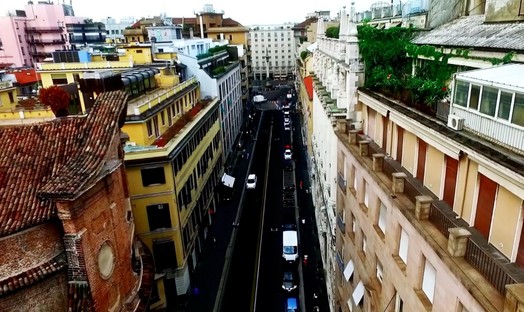 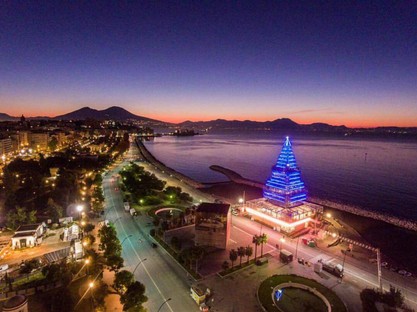 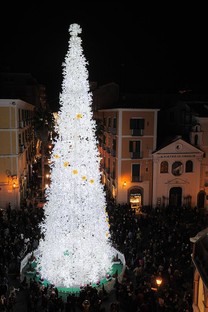 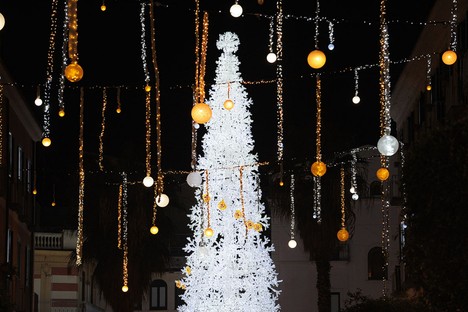 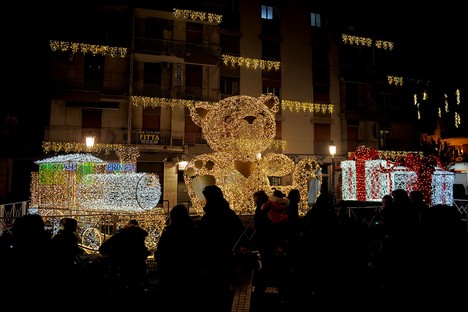 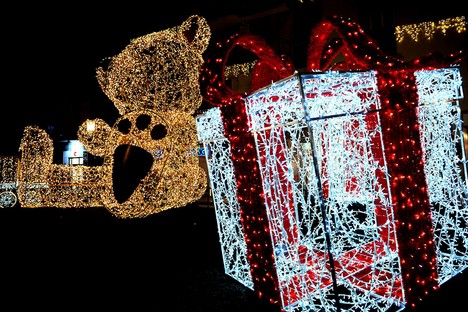 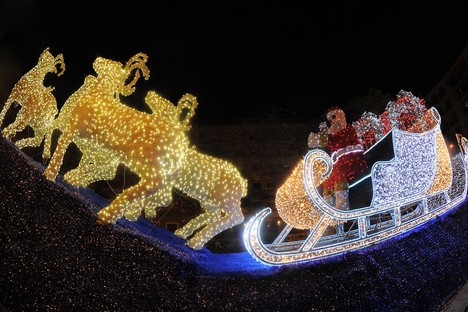