The EUROPARC design collective, made up of the Julien De Smedt Architects, Coldefy, Carlo Ratti Associati, NL Architects and Ensamble Studio firms, has won the international competition for the renewal project of one of the headquarters of the European Parliament, the Paul-Henri SPAAK building in Brussels. 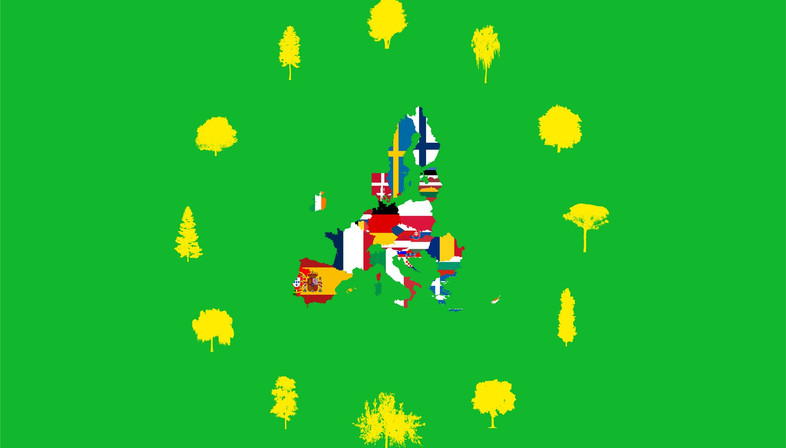 The two-phase international design competition launched by the European Parliament to renovate the Paul-Henri SPAAK building in Brussels, one of the Institution’s three places of work, was recently concluded. The competition saw the participation of some of the most important European and international architectural firms including: Cobe, Dominique Perrault Architecte, KAAN Architecten, Office for Metropolitan Architecture (O.M.A.), Renzo Piano Building Workshop, Shigeru Ban Architects and Snøhetta. The winning proposal was the project presented by EUROPARC, the pan-European design collective made up of the JDSA / Julien De Smedt Architects (DK/BE), Coldefy (FR), CRA-Carlo Ratti Associati (IT), NL Architects (NL) and Ensamble Studio (SP) firms, with the support of two engineering companies, UTIL (BE) and Ramboll (DK).

The EUROPARC project draws on the know-how of different disciplines and, through the adoption of a circularity approach, aims to minimise waste and resource consumption. In addition, it is composed of a team of professionals of more than 30 different nationalities, testifying, since its foundation, those important values of democracy and collaboration that the European Union was built on. Commenting on the winning project, the jury highlighted both its functional and its symbolic qualities, calling it "a genuine re-use proposal". Although the current Paul-Henri SPAAK building has many shortcomings, its demolition and replacement with an entirely new building seemed to be the wrong approach. In fact, it is estimated that 50 per cent of a building's carbon footprint is related to its construction phase. Hence the need to reuse the majority of the existing structure, but redesigning it to minimise environmental impact, while at the same time significantly improving the working conditions of users, as well as facilitating its opening towards European citizens. In this sense, EUROPARC's proposal strengthens the building's link with the city by expanding the public spaces, inside and outside the building, with different solutions. A permeable ground floor to the outside world has, for example, improved the pedestrian flow with the nearby Place du Luxembourg and the Parc Léopold.
Inside the building, one of the main interventions will concern "the Hemicycle", the assembly chamber and the very heart of the Parliament, which will be relocated to the upper levels of the building to meet contemporary spatial and technological requirements. The open ceiling of this large hall will be visually connected with the Green Agora, the culminating point of the public path inside the building. The Agora will be a meeting place between citizens and members of parliament. The different tree species in this green space, will in fact bring together the indigenous vegetation of all the member states, allowing the park to serve as an ideal example of that synergy that brings the different States together in a multi-faceted European ecosystem. 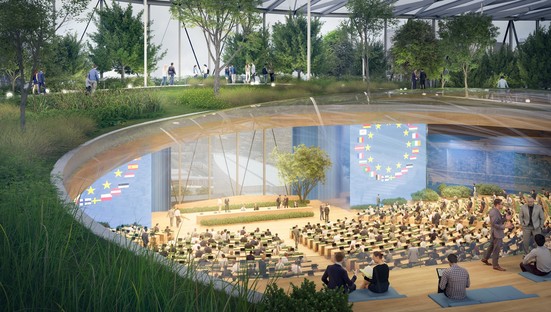 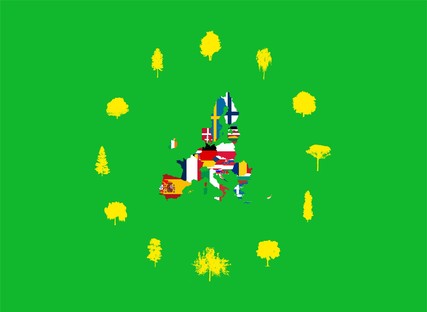 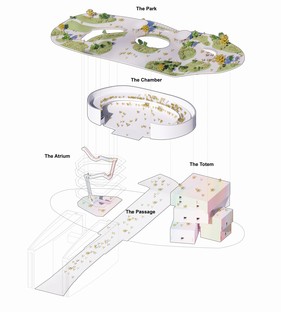 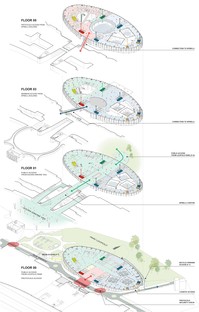 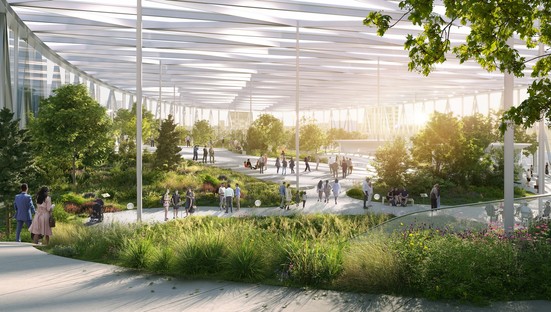 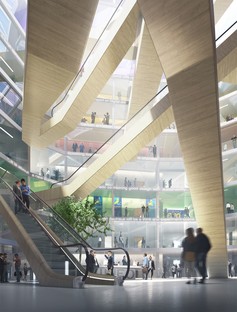 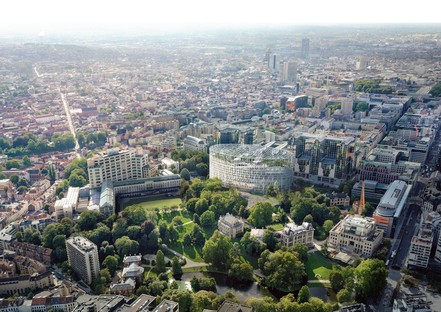 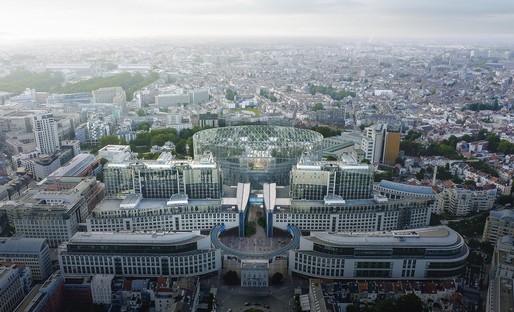 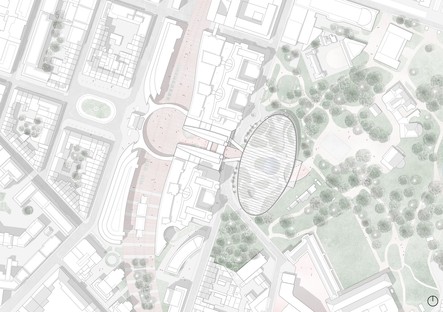