Belgian architect Lucien Kroll died in Brussels on August 2nd. An essayist and ecologist, he believed that architecture was founded on the relationships that connect individuals with their environment. A leading figure of the global architectural scene, he is considered the father of sustainable and participatory architecture. 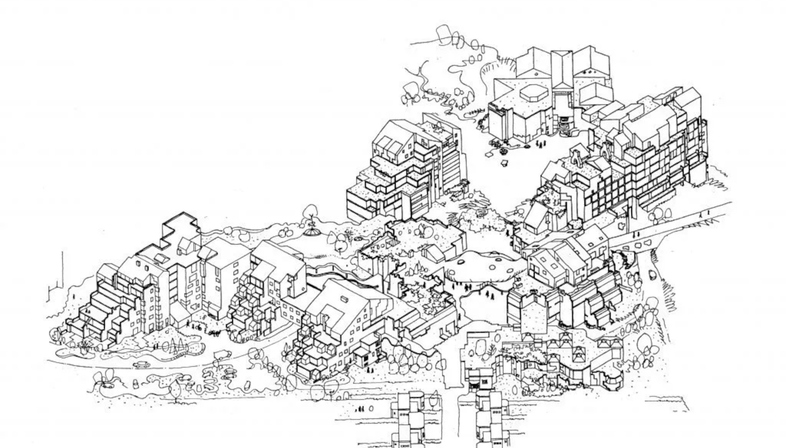 Belgian architect Lucien Kroll died in Brussels on August 2nd, he was 95. During his long life he was an architect, urban planner, essayist, ecologist or, as he liked to point out, a citizen. He was born in Brussels in 1927 and graduated from the École Nationale Supérieure des Arts Visuels (ENSAV) de La Cambre, Belgium. He worked all his life in his urban planning, architecture and computer science studio founded in Brussels in 1953, which he ran together with his wife Simone Pelosse, a gardener, colorist and ceramicist. Together they received the Brussels Architecture Prize Lifetime Achievement Award in 2021 for their long professional careers and over 100 designs produced between 1955 and 2008. In particular, the award recognized the couple’s commitment as pioneers of participatory and sustainable architecture.
Through his writings and works, Lucien Kroll was in fact a leading figure of the global architectural scene. He is considered the father of sustainable and participatory architecture, and he believed that architecture was about the relationships that connect individuals with each other and their environment. From 1960 onwards, the designs of his Atelier d'Urbanisme, d'Architecture et d'Informatique were produced with the involvement of the future inhabitants and with a deep respect for the surrounding environmental context. He liked to say that you shouldn’t design “for” people, but “with” people, and that the contributions of the future inhabitants were essential to create dwellings that had “a sense of place”.
The initial success achieved in the 1960s and 1970s, thanks to the attention garnered by his arguments and his environmentalist and humanist passion, had been followed by a period of oblivion. In recent years, his studio's experimental and collaborative approach has been strongly re-evaluated in light of the current problems connected with climate change and global uncertainty. His most famous creation is the Mémé, acronym for Maison Médicale, built between 1970 and 1976 in Woluwe-Saint-Lambert (Belgium). Considered both a prototype and a poster building of Lucien Kroll's work. The Mémé was built as part of a broader plan to expand the campus of the Catholic University of Louvain (UCL) and included various different spaces: gardens, paths and walkways, in addition to the Mémé buildings, the town hall, the Chapelle-aux-champs school, the university restaurant and the ecumenical building.

This file is made available under the Creative Commons CC0 1.0 Universal Public Domain Dedication:

These files are licensed under the Creative Commons Attribution-Share Alike 4.0 International license. 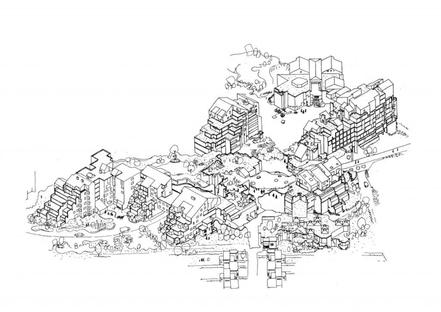 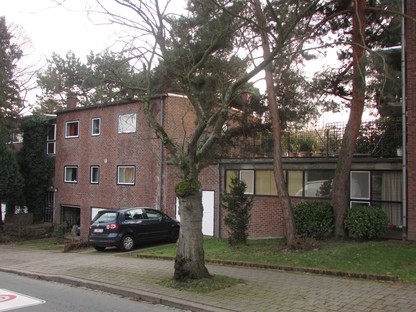 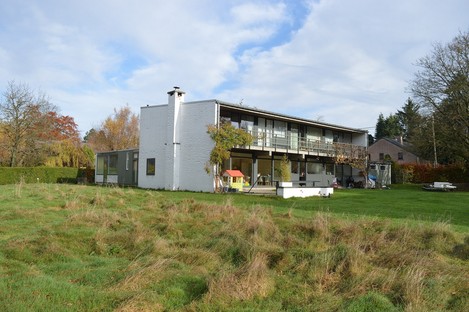 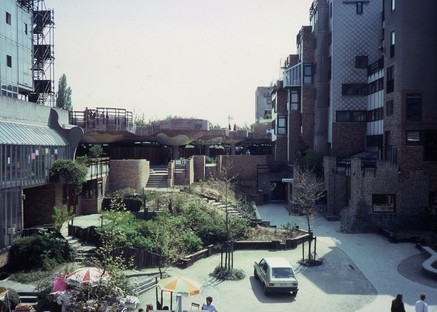