A minimalist reconstruction in concrete and steel has made Montevideo’s mid-twentieth-century marketplace into a multipurpose building. 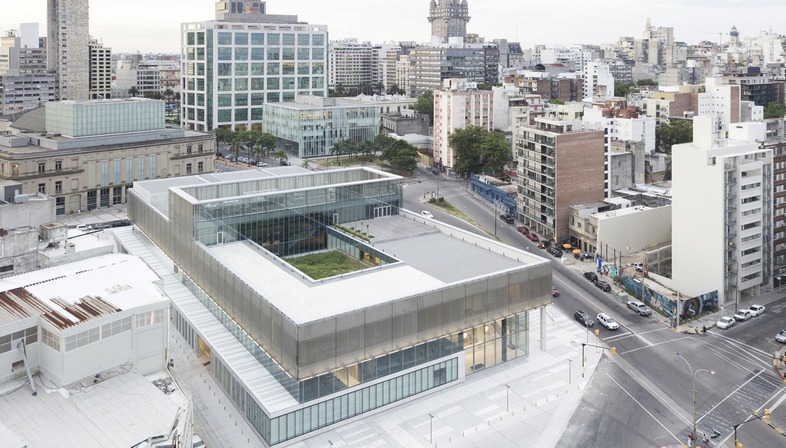 LAPS Arquitectos renovated Montevideo’s old marketplace with a concrete and steel expansion in minimalist style.
A concrete and brick covered market was built in the mid-twentieth century, in the style in vogue at the time, creating a facility close to the main road along the coast in a location of great interest in the city, adjacent to the important Teatro Solìs. Because of this prestigious location, the client decided to renovate the building and move the bank’s headquarters into it, along with other functions of interest, making the complex into a multipurpose building for use at all hours of day and night.
Alongside the bank’s offices, the complex also provides the ideal home for the famous FunFun bar, as well as three cinemas, also used as a cultural centre, located here to take advantage of the vicinity of the theatre.
To achieve their goal, the architects had to work on the original building, radically altering it, which is why they demolished the façades and some of the floor slabs, leaving only the structures of use for their project. The process was taken right down to the building’s foundations, permitting expansion of the excavations to increase the underground area for parking and utilities of various kinds, improving the complex as a whole with consolidation and oversizing of plinths, as well as of the connecting elements to the ground.
An important feature of the reconstruction is the additional steel girders used in the additional storeys and the new roof . The engineers used the existing structures for this purpose, but without overburdening them too much with loads and stress, so that their light weight would not have too much of an impact on the building’s structural performance, but would improve it instead.
Similarly, the new concrete beams are camouflaged to the extent that they look like parapets, an architectural expedient concealing them within the old structure to create a structural system serving the important function of supporting the glass and stainless steel mesh façade which gives the building its sense of sober modernity. 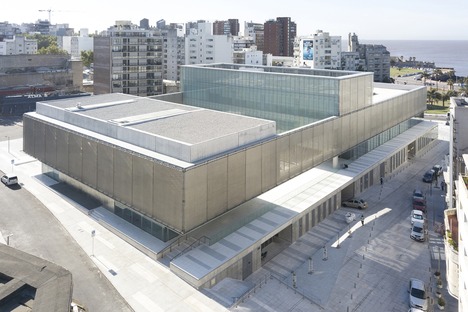 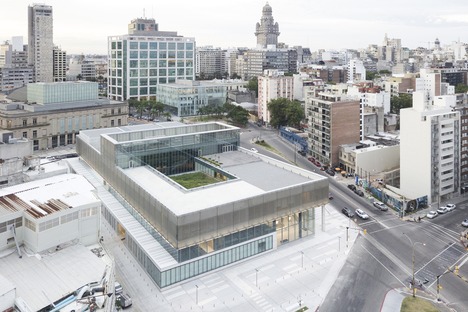 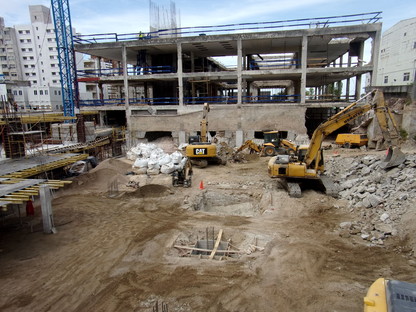 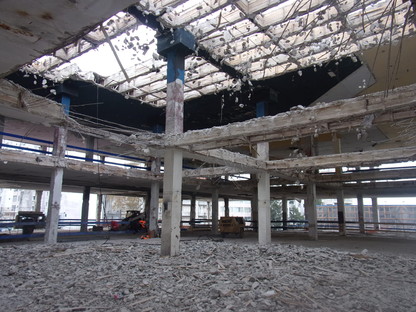 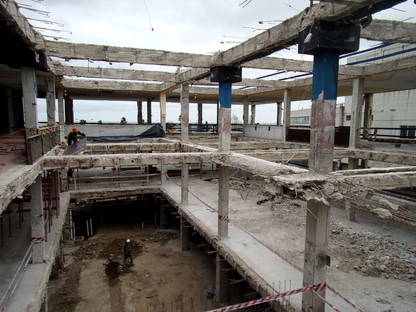 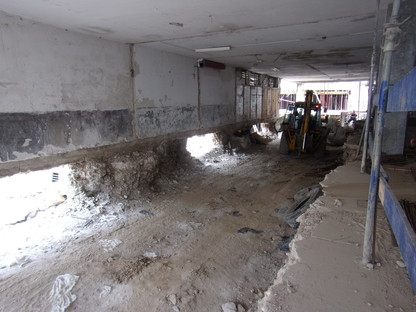 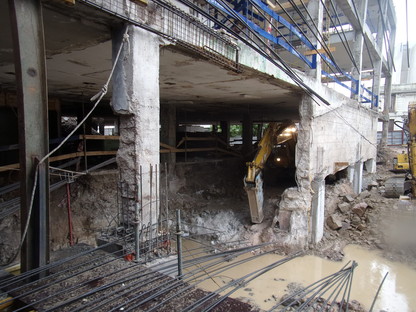 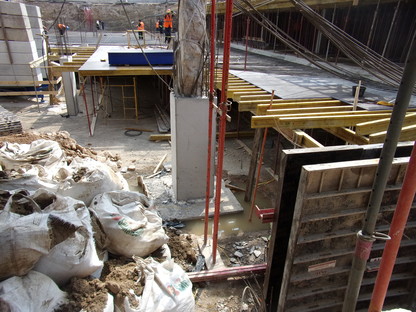 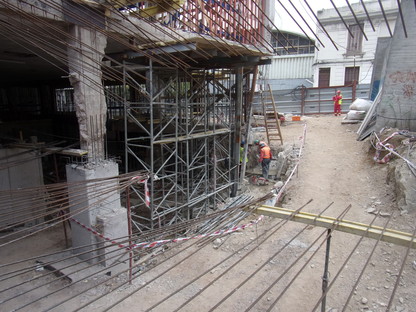 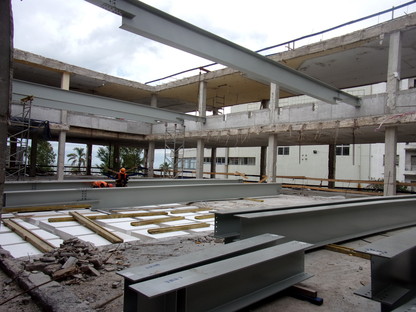 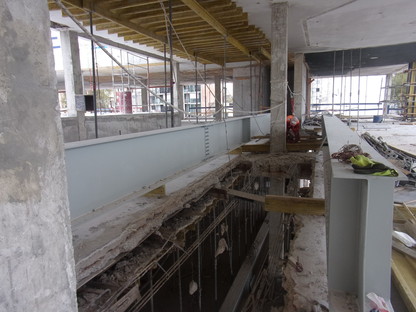 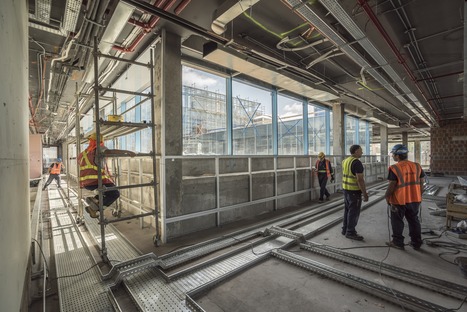 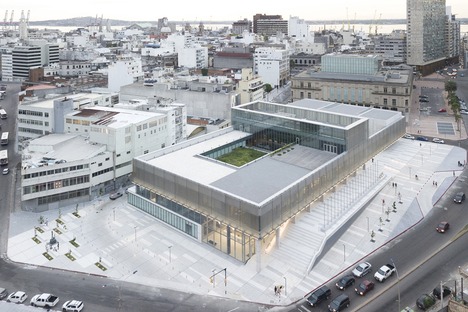 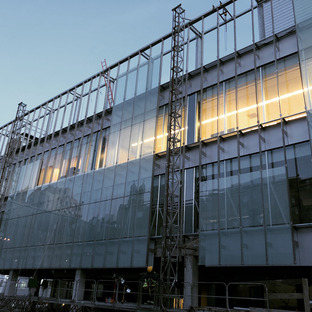 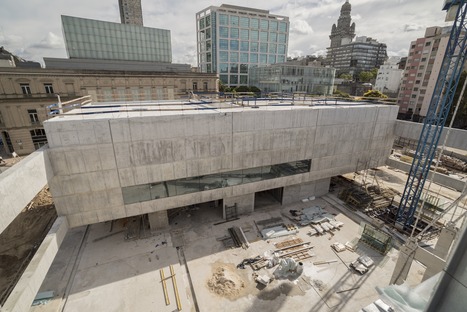 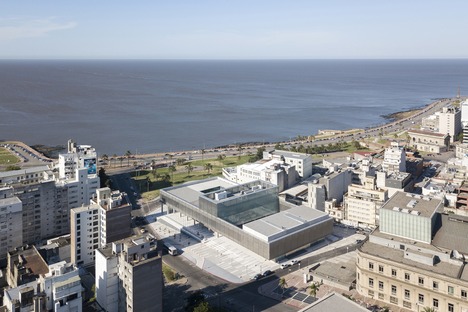 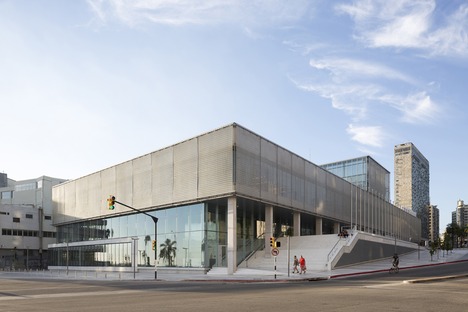 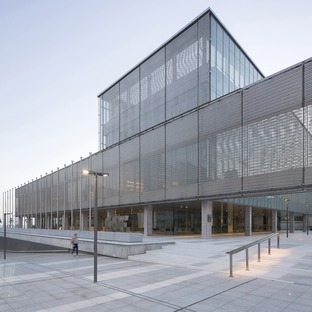 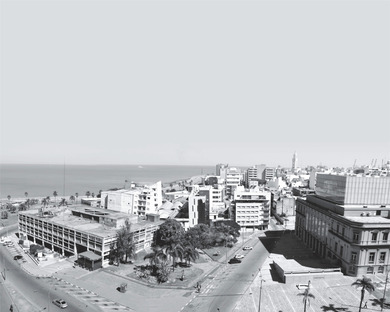