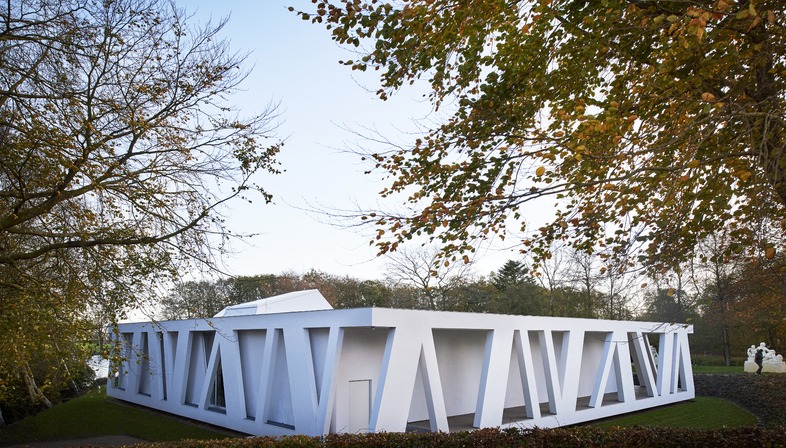 Arne Haugen Sørensen Museum in Videbaek is a concrete building jutting out over the lake, generating simple yet iconic emotions.
The small village of Videbaek in Denmark has only a few thousand inhabitants, who wanted a project that would make their town recognisable while underlining the natural beauty of the surrounding landscape and the lake.
Henning Larsen, originally from the village, designed an art gallery for the works of Arne Haugen Sørensen.
After a few years the building, originally designed as a square volume on a single level, was expanded to include a coffee shop. This step was made necessary by its success, as the concrete building in an unusual position jutting out over the lake attracted curious visitors from all over the country.
The building’s compositional scheme is very simple and clear, as it is a glass volume surrounded by a loggia with inclined columns in an arrangement like that of the trees that surround it, a formal choice which also visually recalls the letter V for Videbaek.
The floor slabs and foundations on which the building rests are solidly anchored to the ground, but jut out by a little more than a metre to project the building toward the lake, so that it looks as if it’s floating. The façades are completely covered with white plaster, while the presence of bare concrete is much more significant in the few walls and floors inside the building.
Lighting is carefully designed to create two very different visions of the volume, underlining the gallery by day while allowing it to blend into the trees around it in the evening. In the dark the building no longer stands out as a clearly recognisable white volume, but appears to be a backlit opaque shape in which the glass volume predominates, even though it is concealed by the forest of concrete pillars. 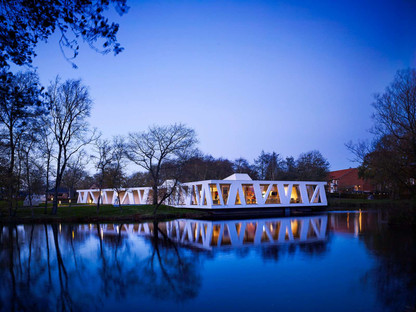 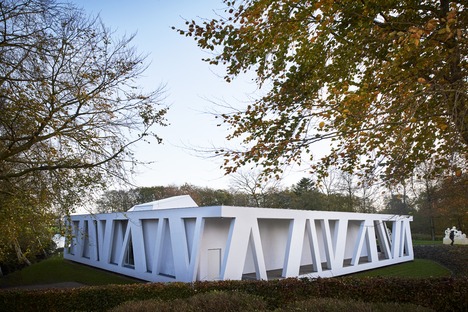 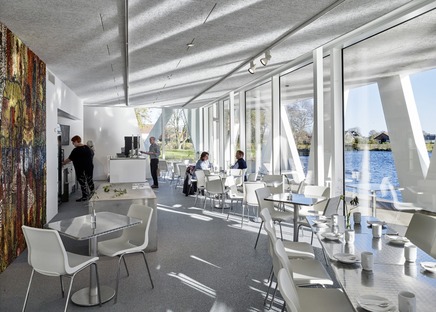 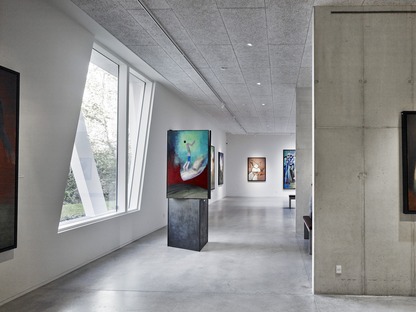 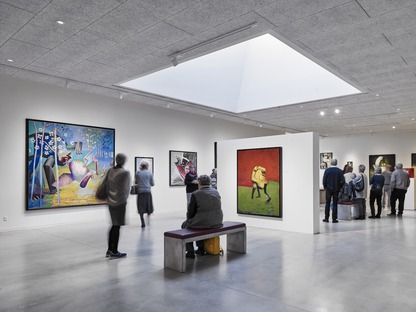 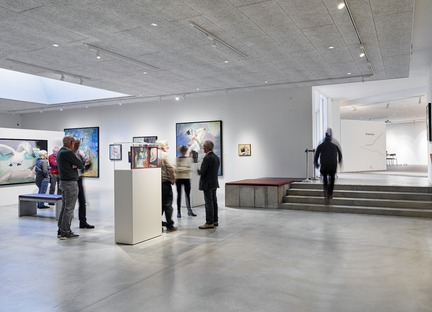 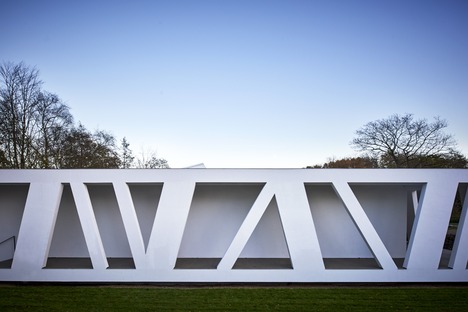 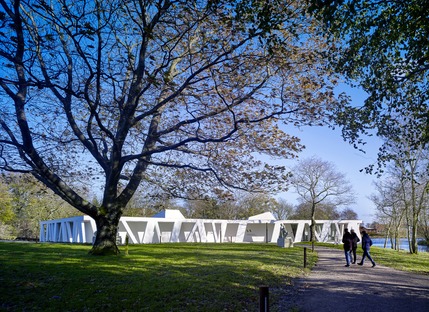 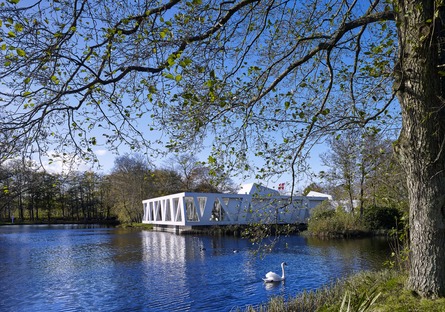 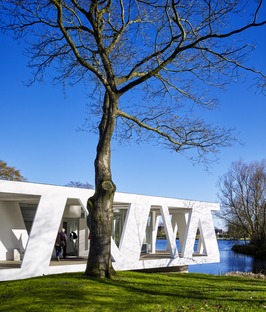 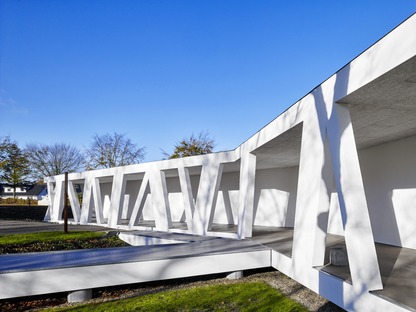 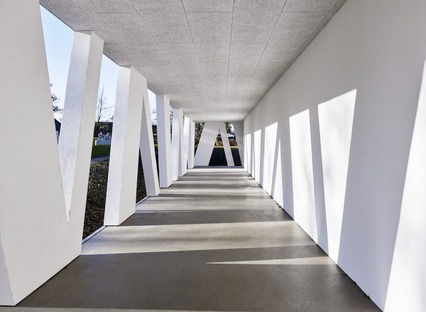