A steel and timber pavilion designed by CIVIC architects stands on an old grain wharf in Tilburg, in the Netherlands 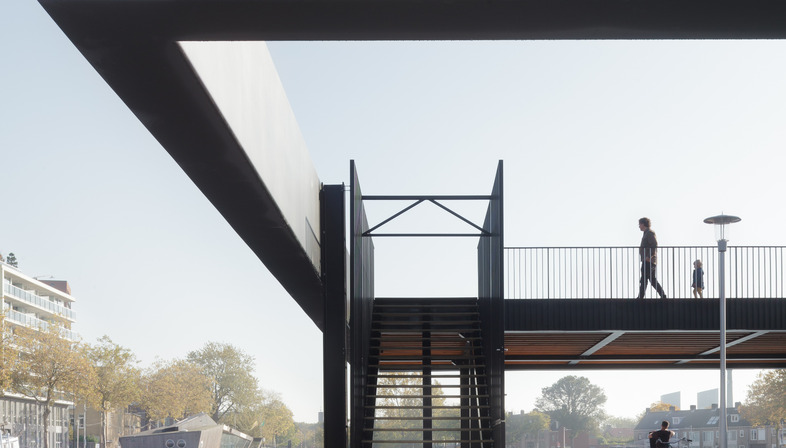 The Dutch town of Tilburg has a steel and timber pavilion built by CIVIC architects in which vierendeel trusses are the most interesting architectural feature.
The architects’ goal was to design an attraction that would make the city’s old wharf an important icon. They built a place for dining and socialising that will attract people to the wharf and encourage them to spend time there. The architects also created a panoramic rooftop terrace, an unusual vantage point over the wharf easily reached via a broad, airy staircase. In short, this unusual pavilion offers interesting views as well as a roof for sheltering from the area’s frequent rainy weather.
To achieve this result, the architects of CIVIC focused on use of steel as a structural material offering both lightness and performance. Resting points on the ground are reduced to a minimum, permitting accentuation of the bold horizontal roof structure.
Statically, the concept behind the project is given concrete form in eight steel pillars incorporated into the small glass volume containing the restaurant, on one side of the wharf, with a ninth one positioned in the corner of the sea-view terrace. Beyond these, a tenth pillar is hidden on the first step of the staircase’s connection to the ground, leaving the last corner of the roof free to rise into the air with light-hearted impertinence. All this allows people approaching the pavilion to grasp the full power of its design.
This effect of visual lightness is made possible by use of girders consisting of two horizontal plates joined by a vertical core, in turn rigidified vertically by a series of L-shaped profiles and welded at 45°. The latter, as a part of the structure’s core, give rise to a static system similar to a vierendeel truss. On the other hand, they might be defined in architectural terms as classic metopes alternating with triglyphs.
Lastly, the whole is covered with wooden boarding recalling the ships that used to dock to sell their grain here, where only recreational vessels dock now. 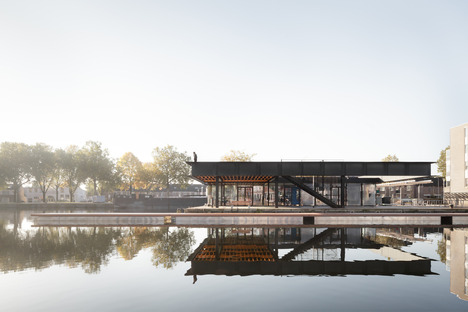 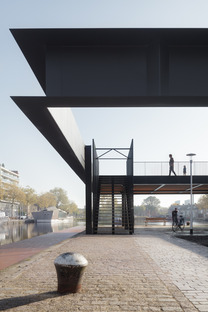 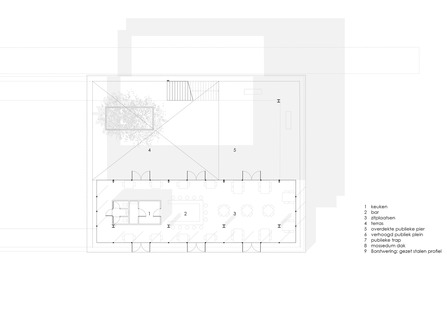 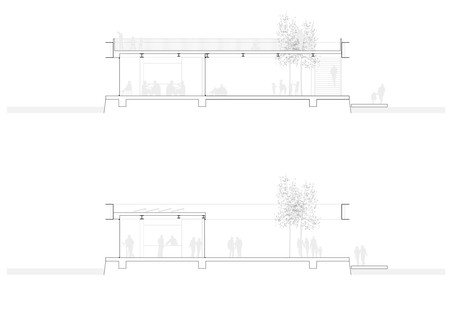 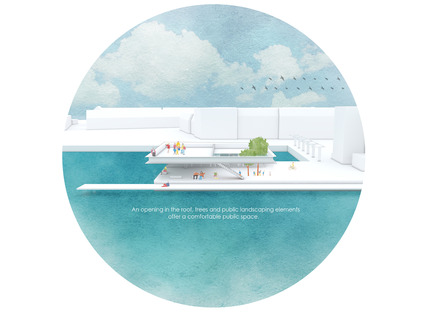 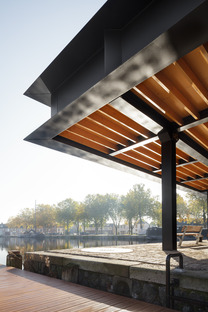 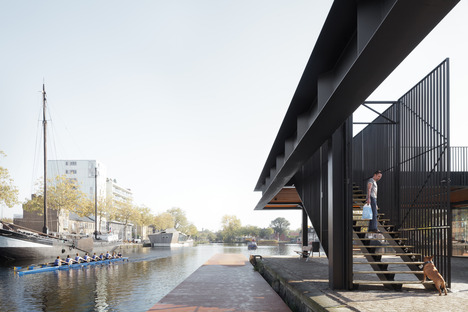 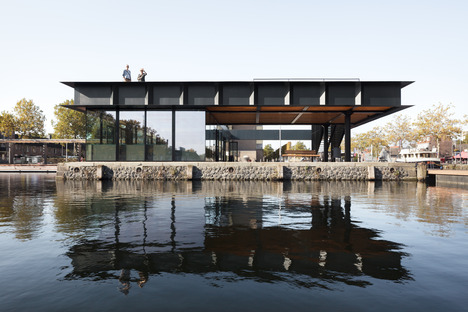 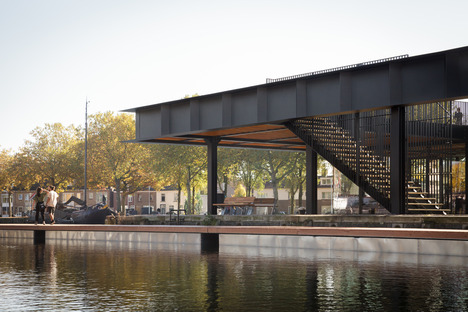 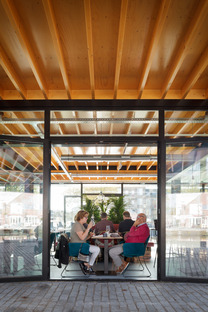 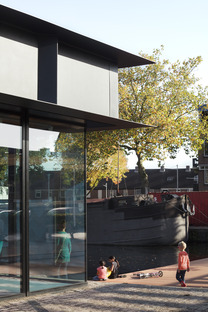 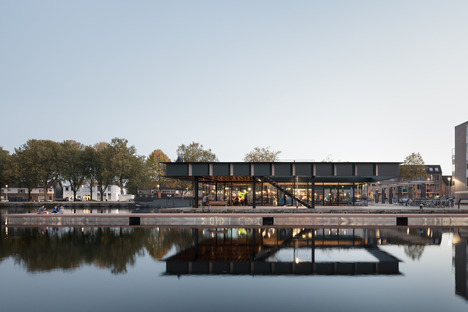