Zaha Hadid Architects’ Dominion Office Building testifies to the renewal of southeast Moscow, an area which is progressively becoming an information technology district. 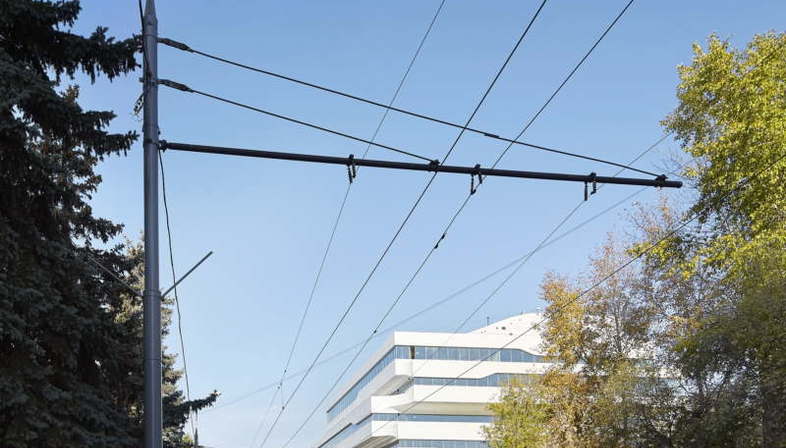 Zaha Hadid Architects’ recently completed Dominion Office Building is one of the first examples of the transformation of the area southeast of Moscow from an industrial and residential district into a new centre for information technology.
The boldest, most evocative image of the new building designed by Zaha Hadid is not its exterior but its interior, where the volumetrics of the construction are revealed in full.
On the outside, the building appears right away to be a series of vertically stacked levels set off in relation to one another. But on the inside it is clear that these offset floors are linked by a central foyer and curved staircases. The void of the foyer runs the full height of the building, floor to ceiling, with skylights at the top, forming a well of light that lets sunlight in the building’s centre to illuminate all its levels.
The offices are organised on the basis of a standard straight layout which ensures the right amount of privacy for various areas while at the same time providing service areas, dining facilities and lounges where employees and businesses are encouraged to interact . 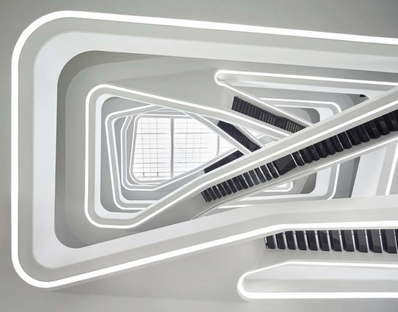 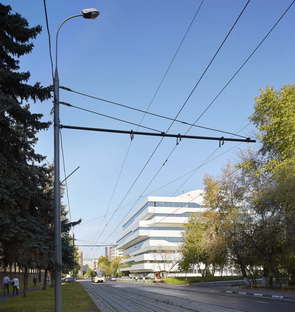 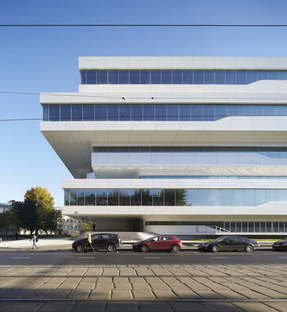 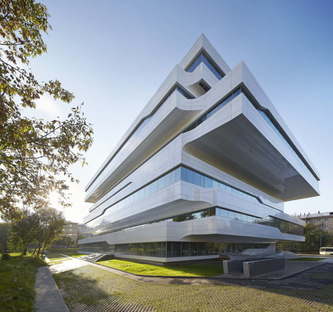 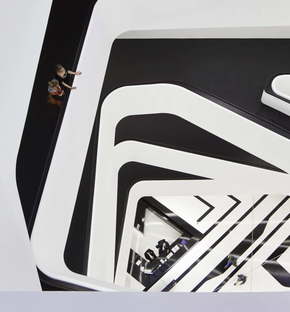 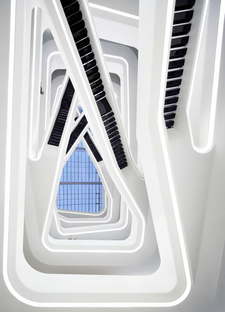 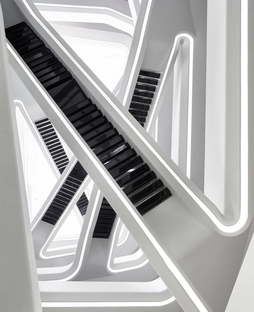 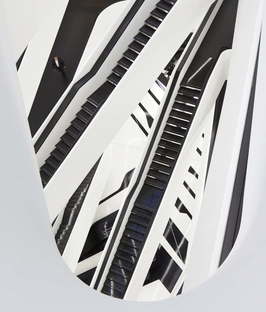 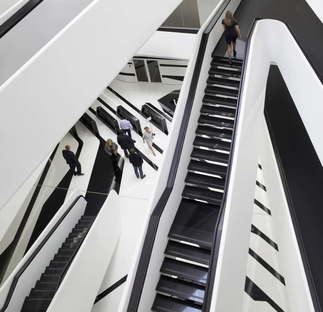 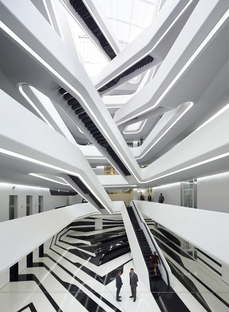