Studio WORKac has designed an art museum with a permeable envelope in Beirut, an iconic building that forms an urban landmark in a new public park with a focus on art. 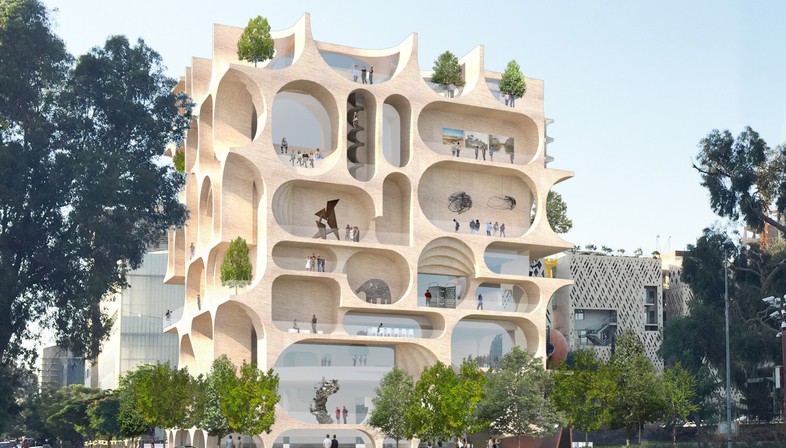 Studio WORKac has designed a museum surrounded by a permeable envelope in Beirut. The new Beirut Museum of Art is a contemporary museum destined to become an iconic building, a bold urban landmark in the new public art park. Architects Amale Andraos and Dan Wood, founders of WORKac, describe it in brief as “a new hybrid, at once public and private, iconic and generic, large and small”.

Architects Amale Andraos and Dan Wood and their studio WORKac are featured in the fourth event in The Architects Series, the new cultural event format at SpazioFMGperl'Architettura, the showroom and gallery run by Iris Ceramica Group brands Iris Ceramica and FMG Fabbrica Marmi e Graniti that takes the public behind the scenes in the world’s most important architectural studios. The video The Architects Series - A documentary on WORKac, showing in Via Bergognone 27 for two more weeks, is a fascinating voyage among the New York studio’s projects. In the film, architect Dan Wood explains how the Beirut Museum of Art project began.
The starting point was the city’s modern architecture, along with in-depth reflection on Mediterranean architecture and the role of the museum today. The architects noted that today’s museums play a key role in society and in contemporary cultural debate, and the buildings that contain them often have to meet a series of frequently contradictory requirements. Museums are custodians of the memory of the past, but also promoters of the culture of the future. The very term “museum” brings to mind majestic buildings and spacious halls in the collective imagination, for containing imposing exhibits and large quantities of visitors, but museums also need small, collected spaces. They must be easily accessible while ensuring the safety and security of their many visitors and integrating high-tech installations and information systems. To respond to all these requirements, the architects of WORKac have redesigned the museum’s outer wrapper, reinventing the architectural element of the “balcony”. 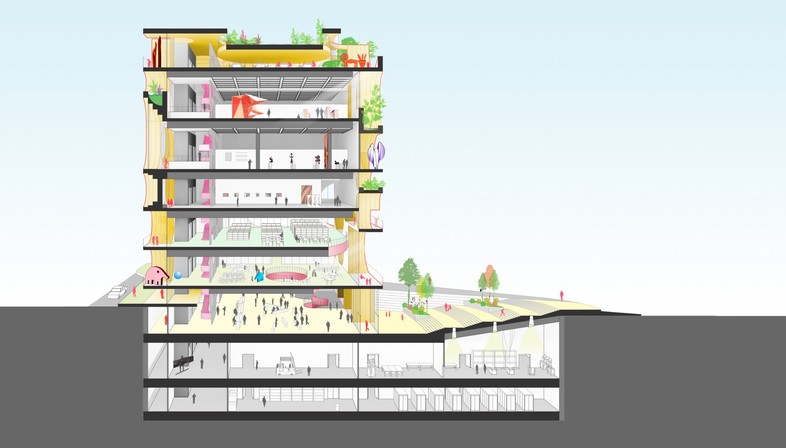 One characteristic feature of Mediterranean cities is openness toward the outdoors, with the use of balconies and terraces: an important architectural element that acts as a filter between indoors and outdoors, a private space which is also public. In the Museum of Art in Beirut, the architects work primarily around this particular element of the architectural wrapper, creating a great variety of spaces with different degrees of openness toward the outdoors, true exhibition spaces which can be closed off with shades or glass or left completely open.
The building is a cube measuring 40 x 40 m and 43 m in height, a size that permits design of flexible large-scale exhibition spaces. The entrance set below street level and connected with it by a series of landscaped terraces becomes an outdoor space for hosting events and performances. The balconies are outdoor galleries, exhibition spaces in their own right which are visible from the town and separate from the functional logic determining the layout inside the museum. An outdoor gallery on different levels, connected by ramps, which can be visited separately from the inside of the museum, extends right onto the roof of the building, an open, functional wall that makes the building an iconic urban landmark. 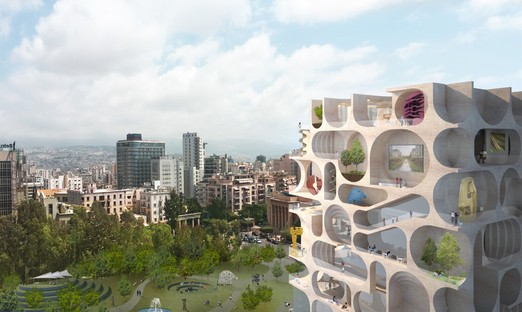 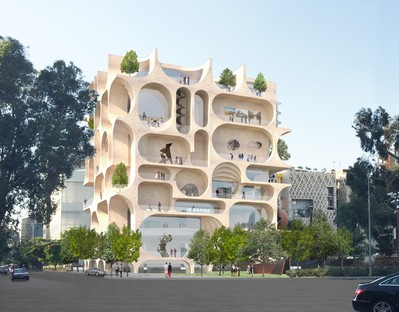 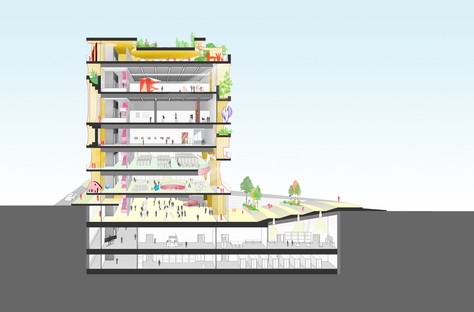 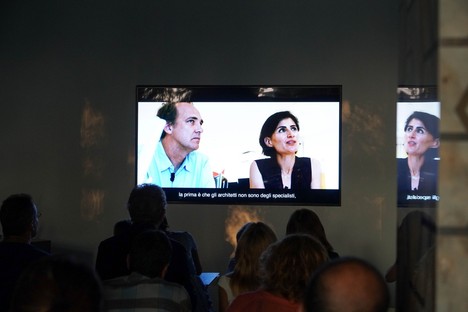 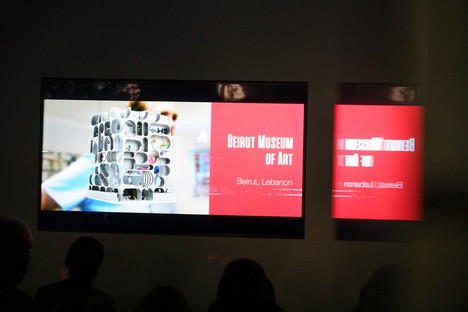 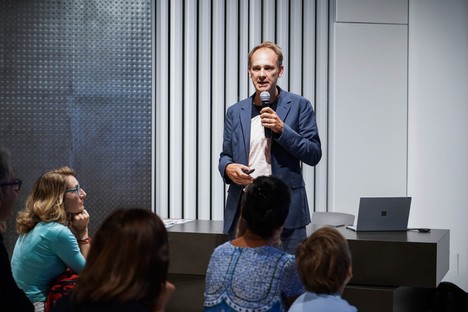 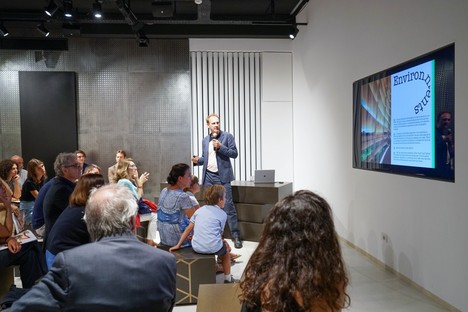 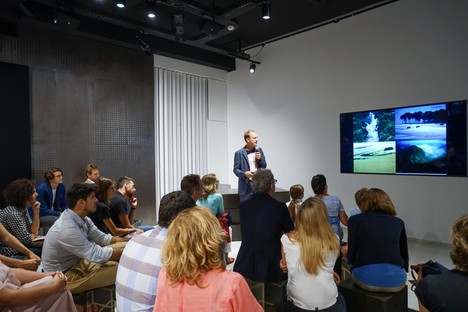 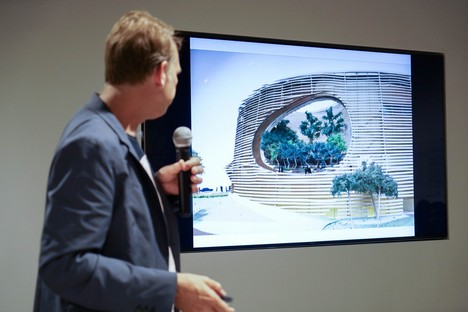