SpazioFMGperl'Architettura hosts the sixth event in The Architects Series, the cultural format developed by the Iris Ceramica Group in collaboration with The Plan magazine, focusing on an important architectural studio: FXCollaborative. 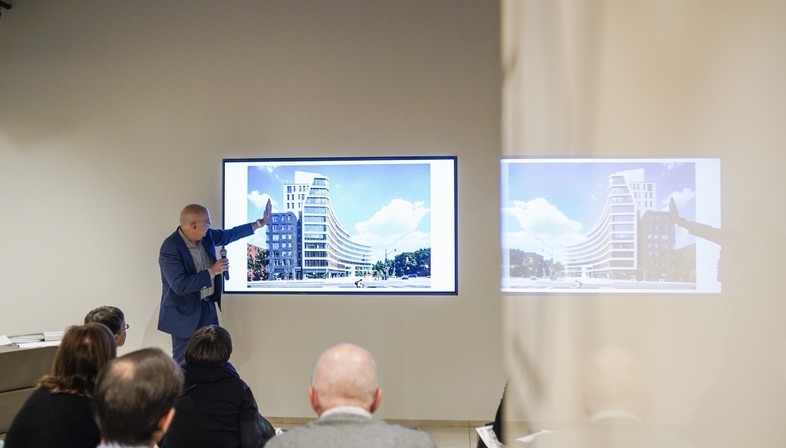 After the Christmas break, SpazioFMGperl'Architettura, the exhibition gallery operated by the Iris Ceramica Group’s Iris ceramica and FMG Fabbrica Marmi e Graniti brands, opens again with its sixth series of weekly events, “The Architects Series - A documentary on: FXCollaborative”. The cultural format developed in collaboration with The Plan magazine takes SpazioFMG visitors behind the scenes in the most important architectural studios. The series began with an event focusing on one of the most prominent contemporary Italian architects: Mario Cucinella, curator of the Italian Pavilion at the 2018 Biennale di Venezia, where he drew the public’s attention to the territories of inland Italy.
After this, the public was offered an opportunity to discover five famous architectural studios based in New York and various other parts of the world, such as FXCollaborative. A leader in the design of ecological buildings, FXCollaborative is the focus of the sixth event in The Architects Series, inaugurated on December 13, represented here in photographs by Mauro Consilvio. 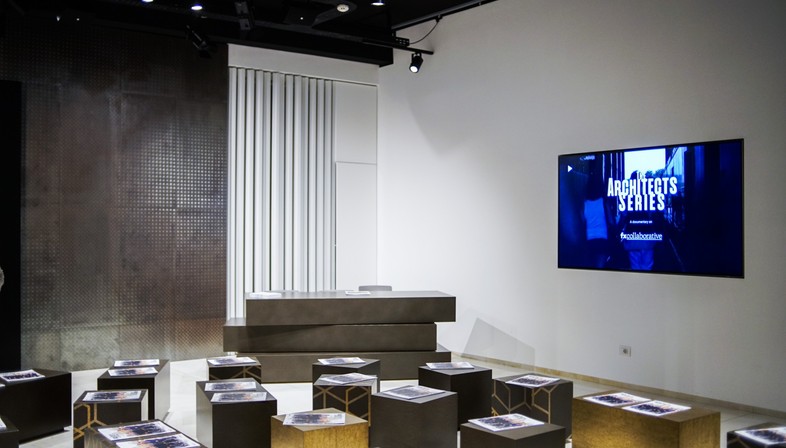 FXCollaborative senior partner Dan Kaplan attended the opening and gave a lecture on “Urban Alchemies: Repair and Transformation”, offering visitors a fascinating in-depth look at the synergies between man and nature that are so important in the team’s projects and explaining how the architects address the question of “how to build in a city”.
The public’s attention was immediately captured by the first image the architect showed: a bowl repaired using the Japanese Kintsugi technique, in which ceramic objects are repaired using a lacquer containing gold dust or liquid gold and silver. The precious metals weld the fragments together to create an object that is visually the same as but different from the original one, so that what could have been a flaw or imperfection becomes an aesthetic and interior strong point.
With this interesting, easily understood metaphor, Dan Kaplan provided the audience with a clear introduction to a number of the complex issues that face architects working in the city: a place that constantly requires transformation and repair, where it is sometimes necessary to replace what has already been built and therefore design taking into account the links and connections present on various historical, cultural, social and economic levels. 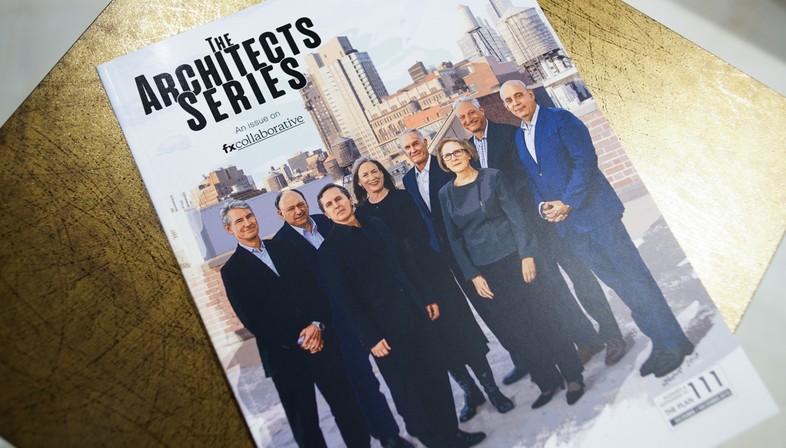 Ceramic with precious veins running through it thus becomes a visual metaphor allowing Dan Kaplan to use a concrete example to introduce three key concepts for the transformation of the city: imagination, reason and memory.
The architect explained that without imagination, an individual must accept the status quo, will no longer use the broken object and will by extension remain immobile and have to accept a crystallised city. Without imagination, we cannot see the future and become nostalgic about the past. Reason introduces the technical aspect, the know-how necessary to plan and bring about a better future. Memory is indispensable for understanding all the pieces and how they are connected. Without memory we cannot understand all the natural, cultural, political, social and economic elements that model our cities.
Kaplan concluded his lecture by introducing a number of important considerations regarding the need to expand any kind of project to include a precise, accurate knowledge of the context in which it stands, also to permit sustainable future development; “collaboration”, a key concept strongly rooted in the studio’s philosophy, to the extent that it gave it a new name at the beginning of 2018, when FXFowle became FXCollaborative. 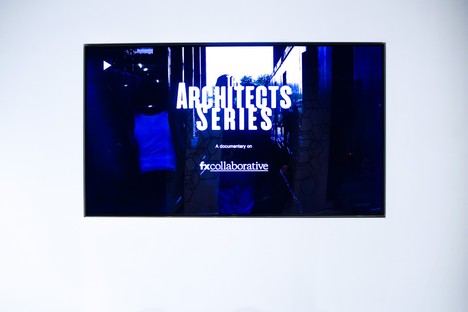 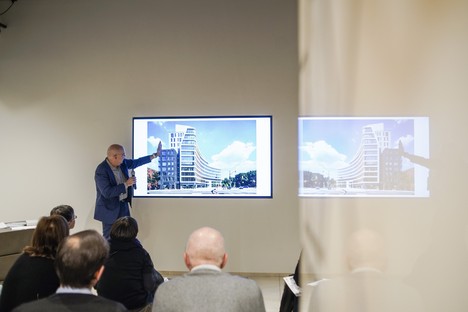 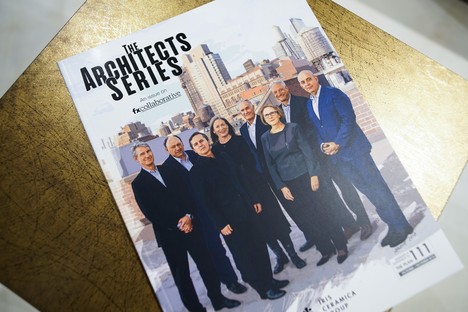 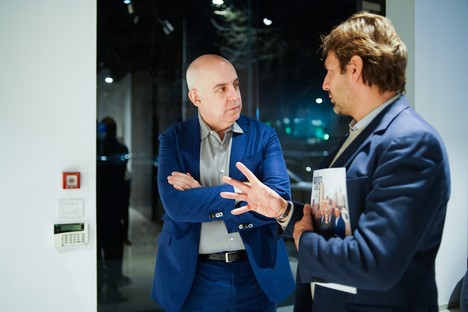 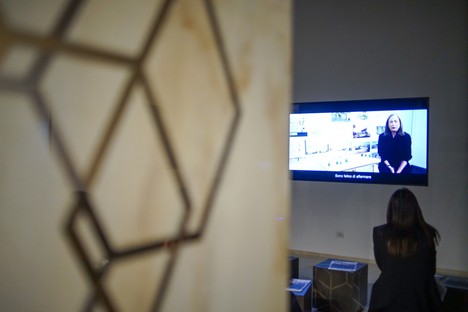 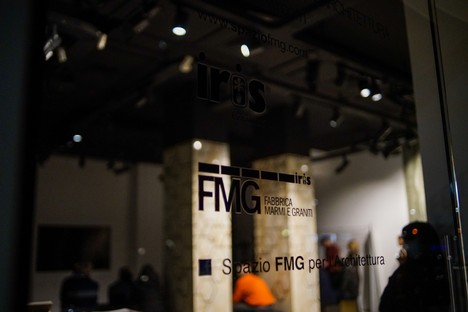 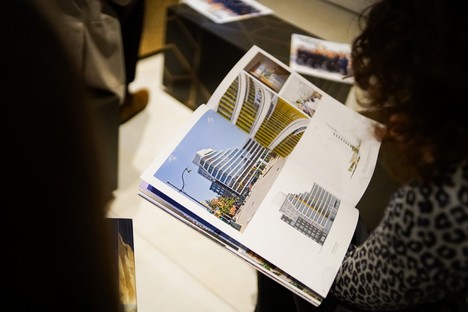 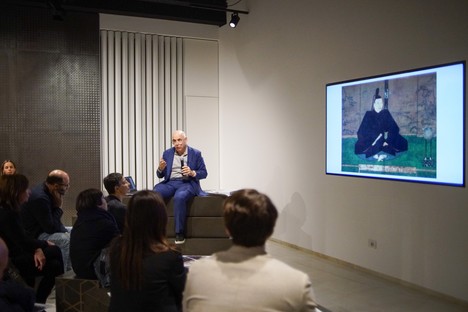 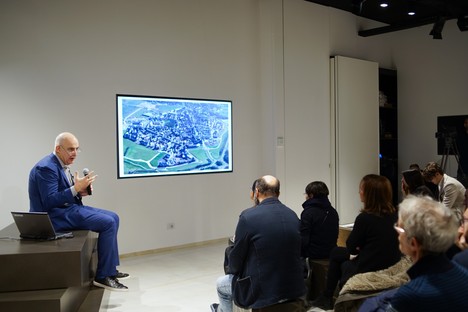 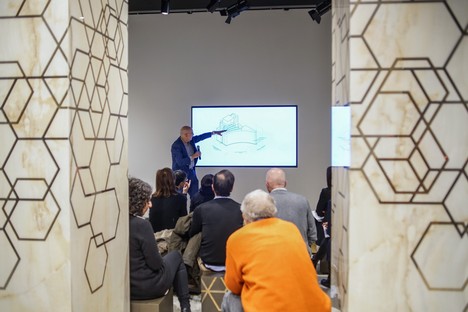 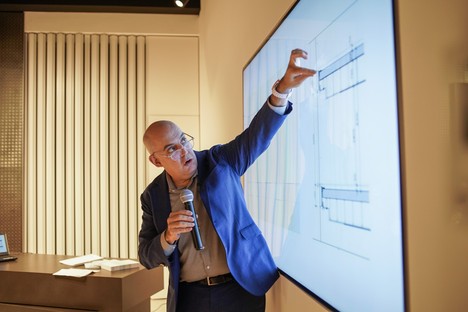