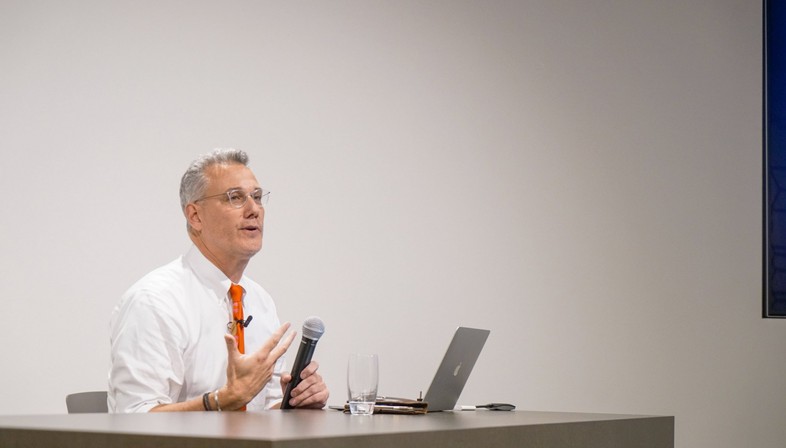 Tomas Rossant, a founding Design Partner in Ennead Architects, appeared at the opening night of the fifth event in The Architects Series, the cultural format SpazioFMGperl'Architettura, the exhibition gallery operated by Iris Ceramica Group brands Iris Ceramica and FMG Fabbrica Marmi e Graniti, presents to the public in partnership with The Plan magazine.
The fifth docu-film in the series focuses on Ennead Architects, an architects’ and designers’ collective with offices in New York and Shanghai. At the inauguration of the event, architect Tomas Rossant gave a fascinating lecture entitled “One:Ten:More” explaining to an audience of architects the keys to the modus operandi of his studio, which he describes as “a design collective pursuing architectural excellence and intensely focused on using architecture’s power to improve human communities”. 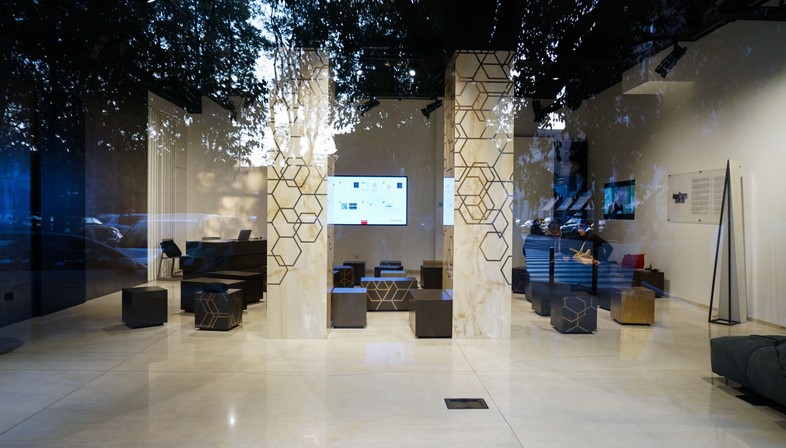 Tomas Rossant’s words confirmed what emerged from the docu-film "The Architects Series - A documentary on: Ennead" made by The Plan, in which the audience at SpazioFMGperl'Architettura is taken "behind the scenes" in the studio’s New York offices.
The video and the architect’s lecture revealed the keys to Ennead Architects’ identity as a studio with a strong team spirit, which Rossant describes as a “Critical Collective” in which all decisions are made by the group as a whole, emphasising sharing and circulation of ideas and cross-contamination among projects of different types on different scales and among different disciplines. This approach makes it possible to amplify the study of architecture encouraging innovation, research into materials and new types of construction to make better buildings that promote human progress. 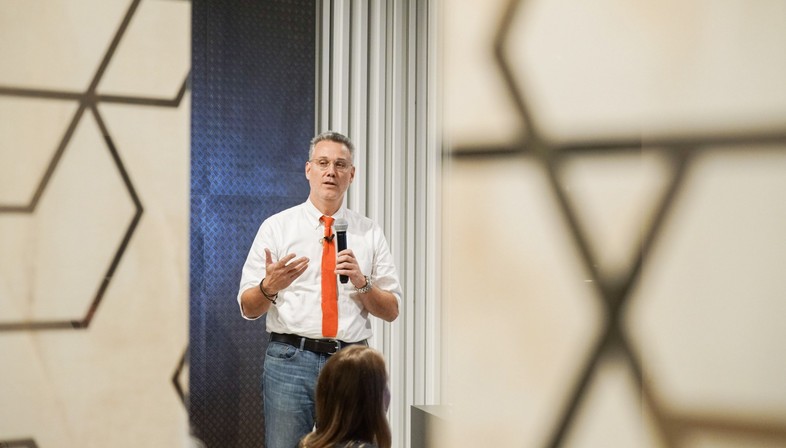 To explain Ennead Architects’ approach based on “a communal and robust design culture keenly focused on making”, Tomas Rossant drew a parallel with the figures of two famous Italian architects: Filippo Brunelleschi and Leon Battista Alberti. The first is seen as an example of “making in concert with others”, the genius who considers the building as a whole, looking at design and construction as two sides of the same coin, while the second is seen as the promoter of a new kind of architect focused solely on conceptual thinking, for whom the actual construction of the project is no longer the primary goal.
From this parallel Tomas Rossant draws a need for a studio based not on an architect’s individual ego but on the concept of the complete architect, “combining in a single brain an affinity for design, craft and management”, who therefore brings together the two ideals of the architect as collaborative master builder and singular design visionary. Tomas Rossant therefore explained how every project in Ennead Architects is guided by two of the studio’s partners, who work independently in pursuit of their own goals and research, while the design concept takes form through on-going reciprocal dialogue between these partners and the staff, in a two-way flow of information . The design team set up specifically for each project combines different personalities and experiences which amalgamate as they go along, ready to make architecture on the basis of new prospects.

"The Architects Series - A documentary on: Ennead"
SpazioFMGperl'Architettura, Via Bergognone 27 Milan - Italy
Video exhibition from 25 October to 7 December 2018: every Thursday and Friday from 16:00 to 19:00.
www.spaziofmg.com 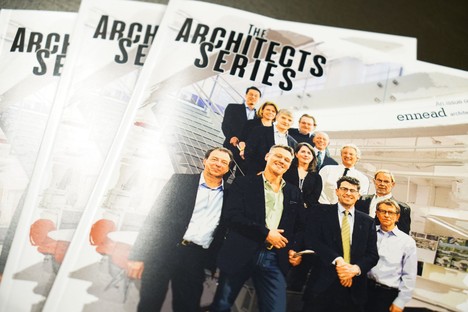 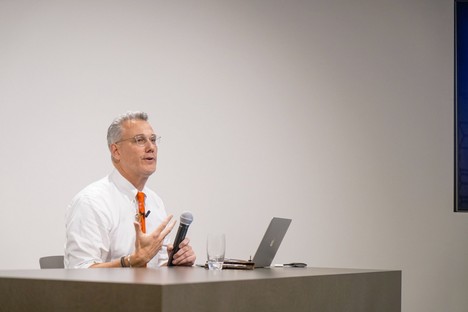 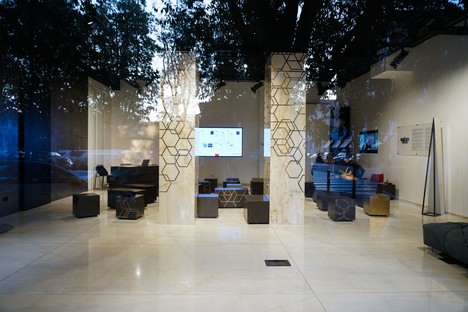 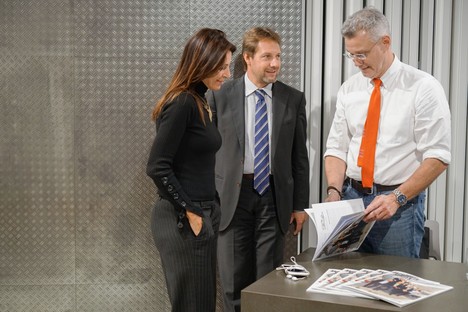 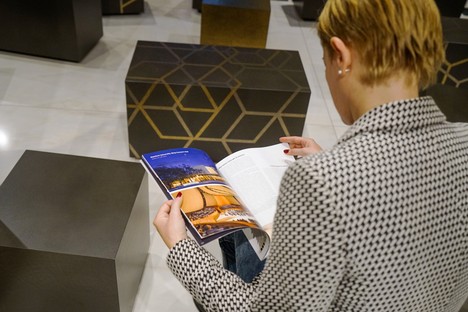 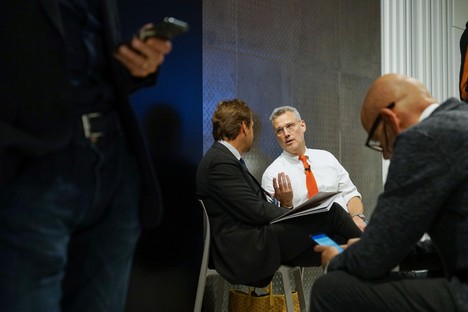 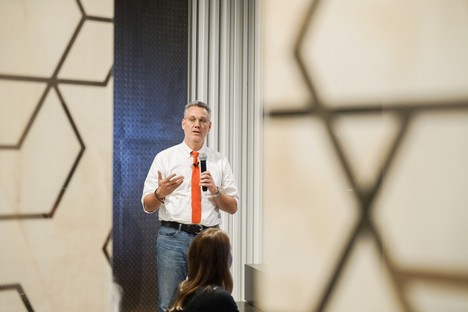 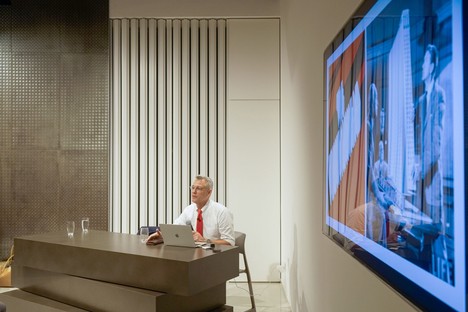