Milanese architect and designer Nanda Vigo died on May 16 at the age of 83. A key figure on the Italian art scene in the 60s and 70s who worked with architects such as Giò Ponti and artists such as Lucio Fontana, she was the subject of a retrospective held in 2015-2016 at SpazioFMGperl'architettura, the gallery and showroom of Iris Ceramica Group brands Iris Ceramica and FMG Fabbrica Marmi e Graniti, organised by curator Luca Molinari and entitled “Opere abitate da opere 1959 – 1972” - “Artworks inhabited by artworks 1959 - 1972". 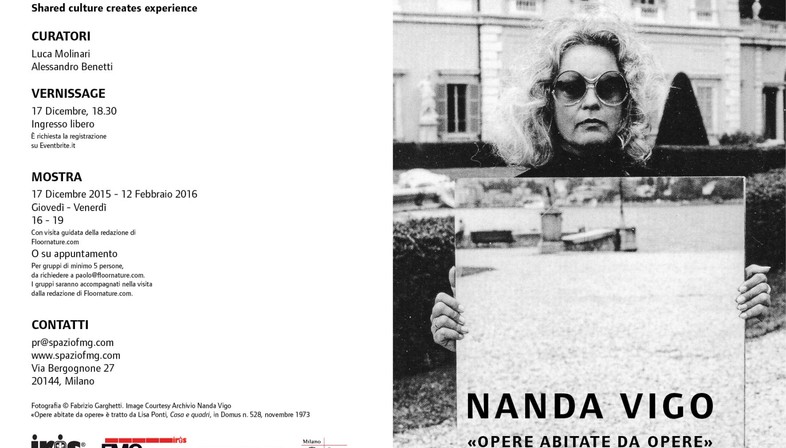 Nanda Vigo and light: light is the element most frequently associated with the Milanese architect, designer and artist who passed away recently following a brief hospitalisation. The conflict and harmony between light and space has always been the key theme of her works of art, architecture and design. Nanda Vigo was a key figure on the Italian art scene in the 60s and 70s, when she worked with architects of the calibre of Giò Ponti and artists such as Lucio Fontana. SpazioFMGperl'architettura, the Milanese gallery and showroom of Iris Ceramica Group brands Iris Ceramica and FMG Fabbrica Marmi e Graniti, held a retrospective of her work in 2015-2016 curated by Luca Molinari and entitled: “opere abitate da opere 1959 – 1972" – “Artworks inhabited by artworks 1959 - 1972”.
The Nanda Vigo Archive founded by the architect in 2013 will continue to protect and promote the work produced by the artist and designer over the course of her sixty-year career. As in “Light project 2020”, the exhibition now reopening after being shut down due to the covid-19 emergency, continuing until 13 September 2020 at MACTE Museo di Arte Contemporanea in Termoli.

Nanda Vigo was born in Milan in 1936 and opened her studio in the city in 1959 after graduating from Institut Polytechnique in Lausanne and undergoing an internship in San Francisco. She began to frequent the studios of Lucio Fontana and other artists such as Piero Manzoni and Enrico Castellani in 1959, at a time when she travelled abroad frequently for group and solo shows, discovering the artists and sites of the ZERO group and starting work on the ZERO house in 1959. The exhibition "Opere abitate da opere" 1959-1972, curated by Luca Molinari and Alessandro Benetti, at SpazioFMGperl'Architettura from 17 December 2015 through 12 February 2016, focused on six interiors designed by the architect and artist in the '60s and '70s, including not only the “ZERO House” (1959-62) but the “Scarabeo sotto la foglia” or the Beetle under the Leaf House (1965-68) – designed by Giò Ponti with interiors by Nanda Vigo – and the “Casa Nera” or Black House (1970). The interiors are depicted in a series of photographs of the day, plus original furnishings and other items from the Nanda Vigo Archive, including the “Golden Gate” lamp designed for Arredoluce (1969-70), which won her the New York Award for Industrial Design in 1971, the “Top” sofa designed for Fai International (1970) and the “Due Più” chair for More Coffee (1971). As well Nanda Vigo’s 2015 Deep Space, a light totem of imposing size, 200x60x40 cm, composed of a parallelepiped wooden base with a pyramid of mirror glass rising above it containing a neon light fountain. 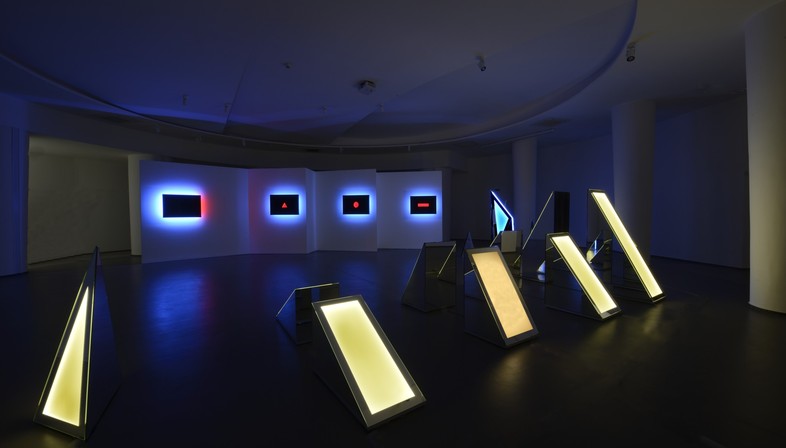 Numerous important exhibitions have celebrated Nanda Vigo’s work and added to its visibility, including retrospectives focusing on the ZERO Group, such as the one held in 2014-2015 at the New York Guggenheim, at the Martin-Gropius-Bau in Berlin and at the Stedelijk Museum in Amsterdam, as well as solo shows, the most recent of which are the 2019 “Nanda Vigo - Light Projectt” at Palazzo Reale in Milan and “Light project 2020”, now under way at MACTE in Termoli, for which the artist designed a large-scale light installation. 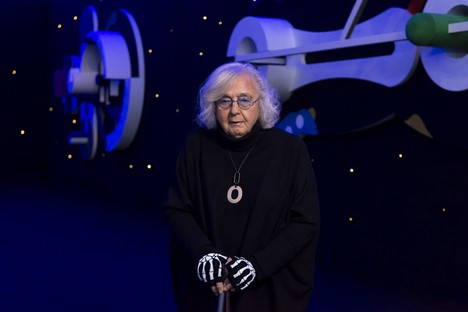 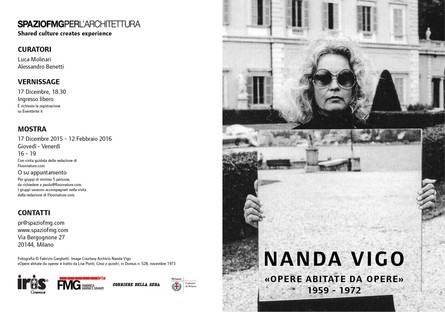 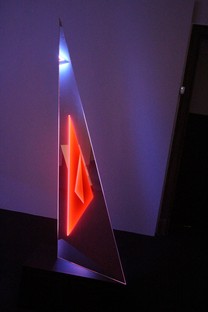 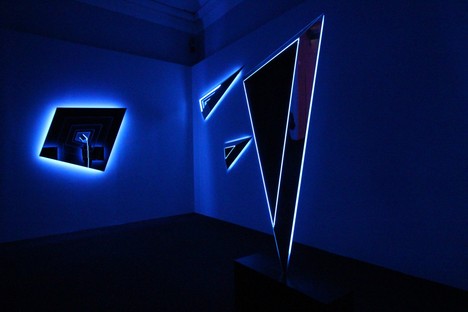 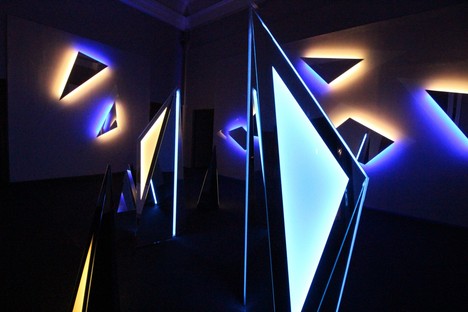 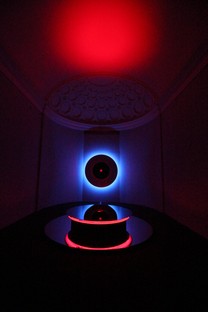 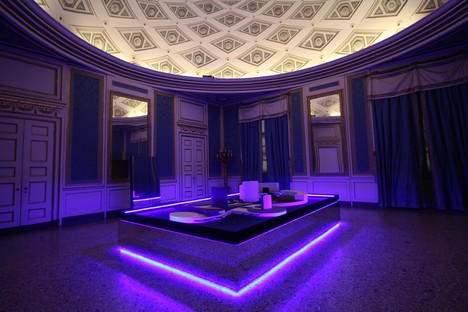 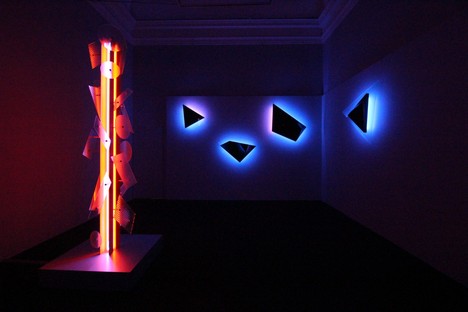 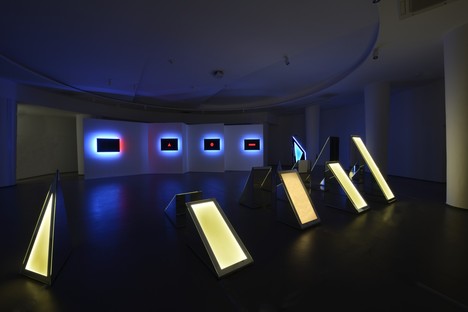 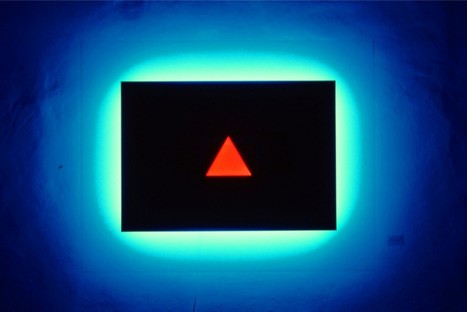