Work has begun on ROCKmagneten, the museum of rock designed by MVRDV and COBE in Roskilde, Denmark. 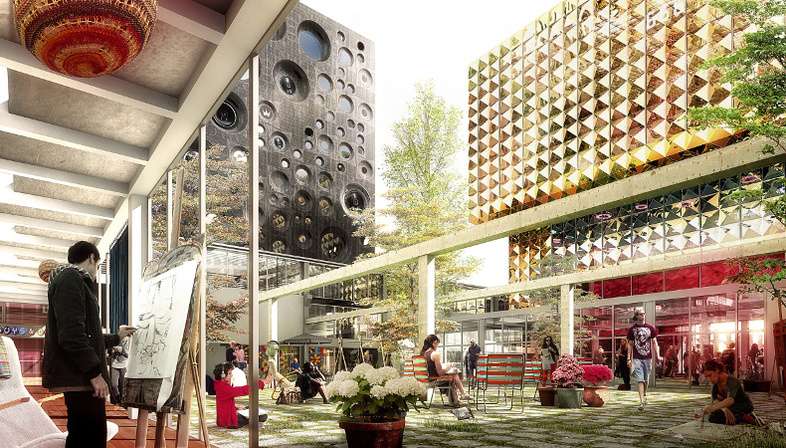 Work is underway in Roskilde, the Danish town that has hosted one of Europe’s biggest rock festivals since 1971, on construction of the Rockmagneten designed by MVRDV and COBE.
The complex will include the Danish Rock Museum, recording studios, a library, interactive halls and research laboratories, as well as open-air concert areas.

The masterplan involves transformation of an existing industrial area into a music district including not only the museum of rock but The Roskilde Festival Folk Music School, with student residences, and a venue for the annual Roskilde Festival. The complex, including three new buildings plus a renovated production warehouse and a square for outdoor events, is due to be completed in 2015.

Architect Jacob van Rijs, co-founder of MVRDV, described the project and explained that the architects attempted to translate the aesthetics of rock music into architecture, as in the facade, which illustrates a new way of using metal in architecture. 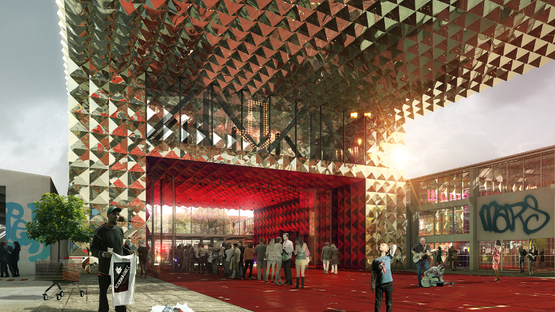 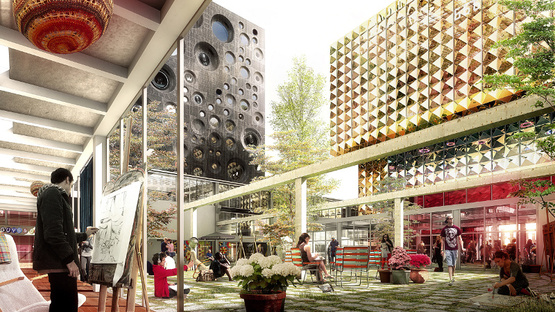 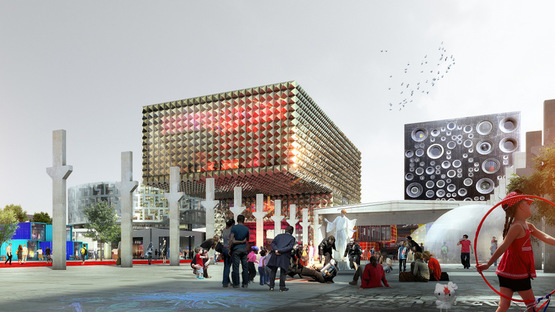 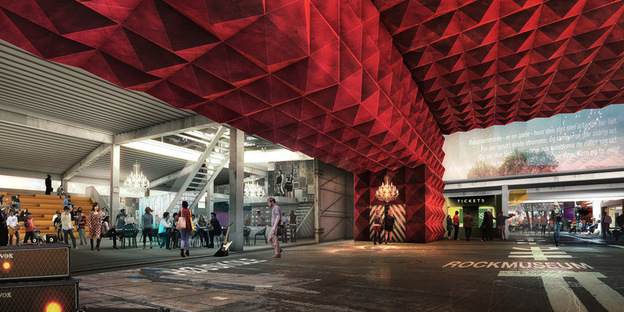 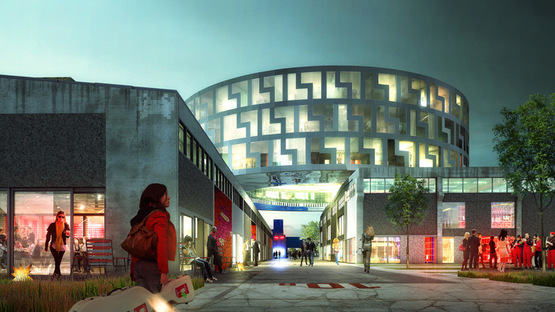 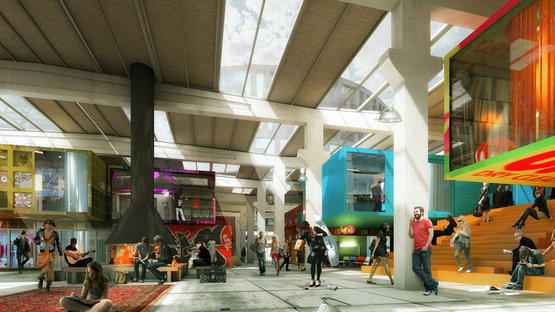 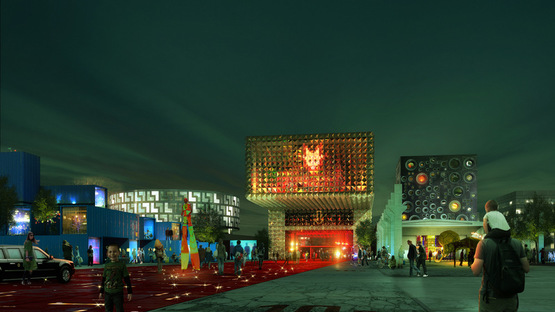