Valle Architetti recently completed a residential and commercial tower block included in the urban development plan for the Bufalotta district in Rome. 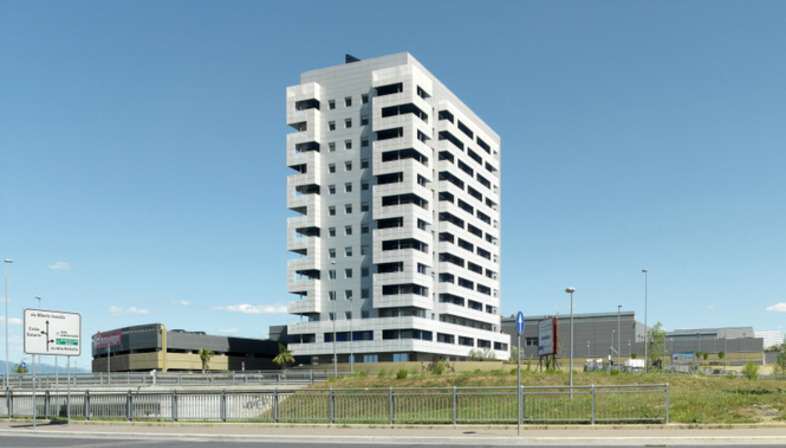 Tower B1, recently completed by Studio Valle in Rome, is an example of architecture as a "piece of the city", part of a more complex urban mosaic. The project fits into the urban development plan for the Bufalotta district in Rome, also designed by studio Valle.

Tower B1 interacts with its existing surroundings, dialoguing with the Porta di Roma shopping complex it forms a part of. At first tower B1 was designed to contain a hotel, and the change in its intended use when construction was underway and the structures had already been built was made possible by the flexibility of the plan, which permitted use of the building for apartments and office space.

To transform the tower into a vertical city to restore its prospects and prevent creation of a series of isolated terraces, loggias were incorporated, covered with micro-perforated sheet metal in an alternating pattern which is repeated on different levels to guarantee privacy inside. 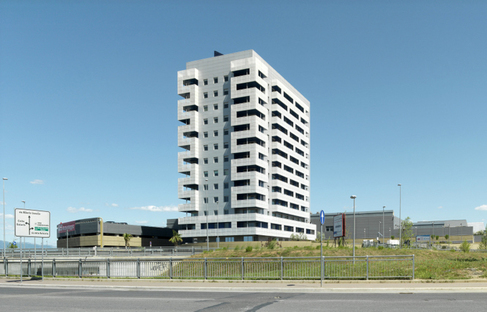 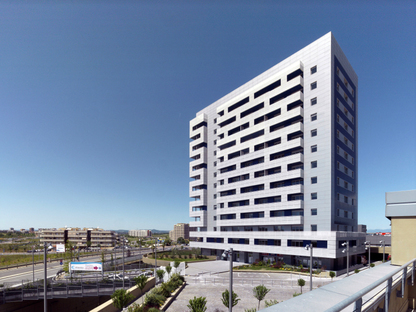 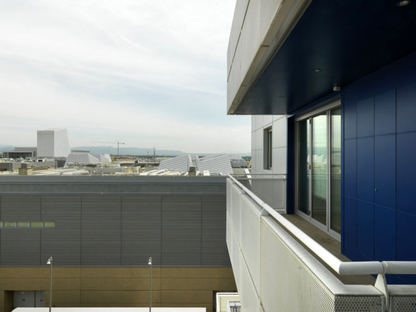