Architektur Galerie Berlin hosts two consecutive exhibitions about two buildings, in Germany and Turkey, that have a special relationship with their façades. 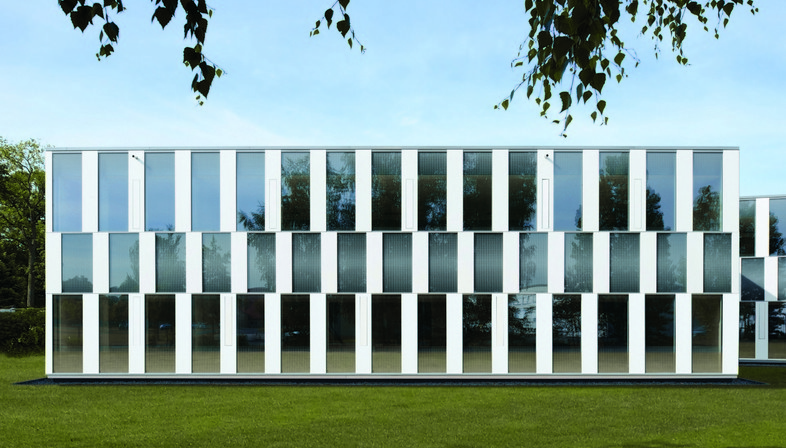 The exhibition Wiewiorra Hopp Schwark Location and Illusion - Ort und Illusion underway at Architektur Galerie Berlin is presented to the public in an unconventional way, a typical feature of the German gallery founded by architect Ulrich Mueller in 1999 and located in a historic building on Berlin’s Karl-Marx-Allee since 2006. The architects featured in the exhibitions are asked to present their projects in a special installation featuring content and aesthetics based on those of the buildings themselves, offering them to the public in an experimental presentation. 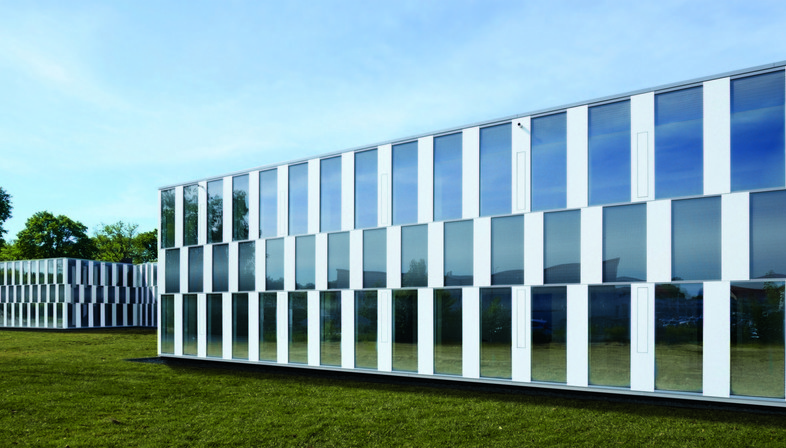 Wiewiorra Hopp Schwark Location and Illusion - Ort und Illusion
The exhibition that is about to close showcases a recent project by architects Carsten Wiewiorra, Anna Hopp and Guido Schwark. The building being completed is an expansion on the tax office (Finanzamt) in Oranienburg, Germany: a "simple" project representing an important challenge for the architects in that it has to deal with the "weight of history". Oranienburg’s Sachsenhausen district was in fact home to the concentration camp of the same name, one of the biggest in Germany. The building that now houses the Finanzamt was the camp’s administration building. The architects dealt with its vicinity to a building “contaminated” by such a weighty past by using context as a source of inspiration for the creation of an "illusion". The new building has no references to the past, no connections with the old building, but is an abstract object like a sculpture, placed on the spot but extraneous to its surroundings.
And it is of course the façade that permits this kind of reading: a façade composed of three horizontal strips interrupted by offset windows. The alternation of solids and hollows, of white walls with black mirror glass, creates a famous optical illusion known as “The Café Wall Illusion” discovered by researcher Richard Gregory: the three horizontal strips, which are actually parallel, appear to diverge, giving the building all the attraction of a work of art.
In the exhibition installation, the architects recreate the building’s façade to cover one wall in the exhibition room. The installation is based on the dimensional proportions of the façade and creates the same optical illusion. 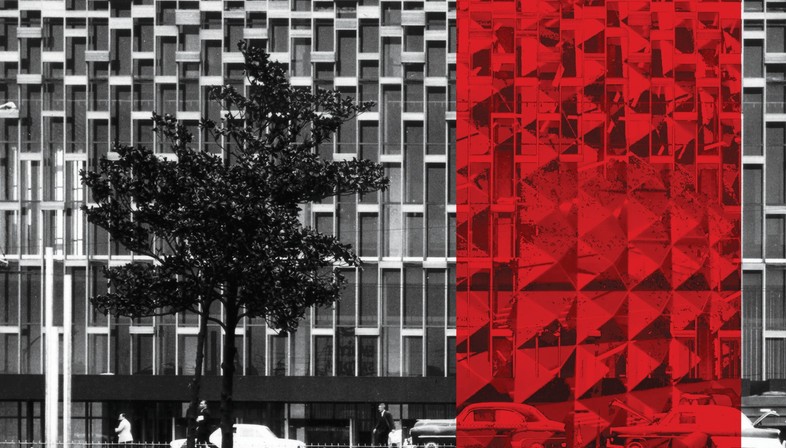 When the Wiewiorra Hopp Schwark exhibition is over, starting on March 16, 2018 Architektur Galerie Berlin will host an exhibition about Atatürk Cultural Center (AKM), an iconic cultural building in Taksim Square in the centre of Istanbul, entitled Tabanlioglu Architects - Recomposing AKM. Built in 1966 and renovated in 1977, AKM is the first example of Modernist architecture in Turkey, and one of the country’s most important cultural buildings: a condition that failed to save it from total abandonment until the recent restoration by Tabanlioglu Architects. The studio has a long-term relationship of family ties with the building, for it was its founder, Dr. Hayati Tabanlioglu, who designed the original building.
The exhibition will present the building’s history, reinterpreting its transformations as filters through which we can examine modern Turkish history. Numerous exhibits from the archives of architect Murat Tabanlioglu, currently at the helm of Tabanlioglu Architects with Melkan Gursel, will be on display, including drawings, plans, models and photographs that help us to understand the relationship between architecture, history and function. The AKM is seen as an interesting case history for a number of reasons: its relationship with the fabric of the city and the challenges involved in implementation of a complex project such as a contemporary opera theatre, as well as its relevance to the German situation. Preservation of the original structure and its iconic façade help draw public attention to the issue of preservation of modern buildings constructed in the second half of the twentieth century, many of which have been demolished, as is the case in Germany. 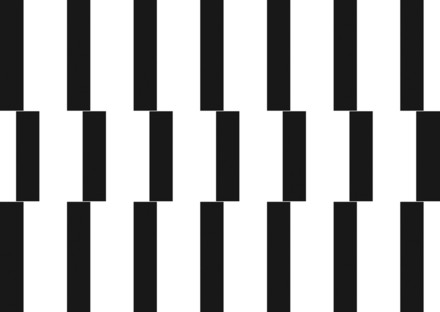 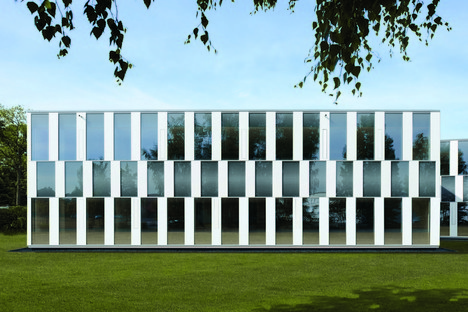 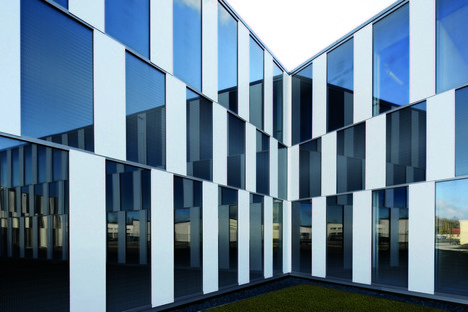 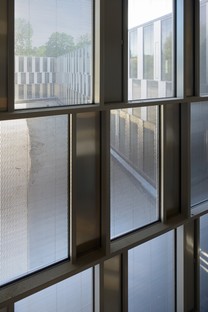 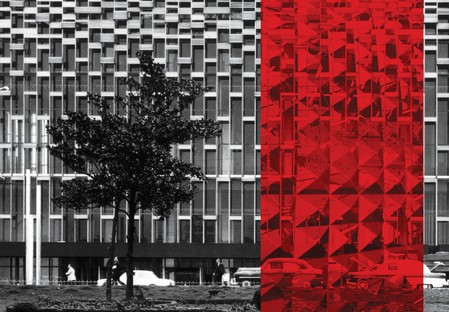 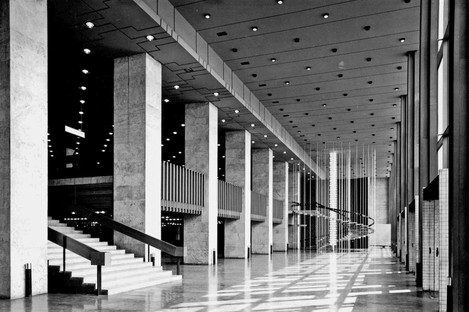 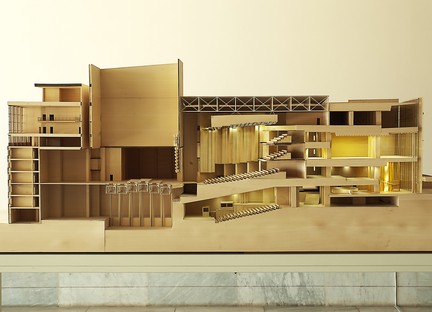 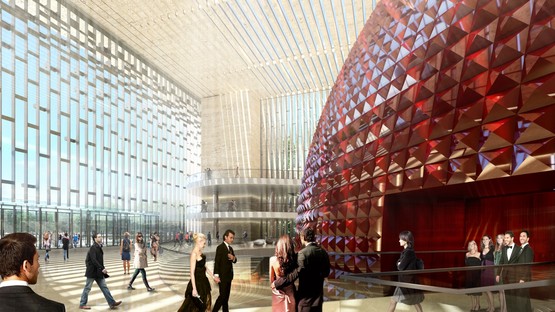 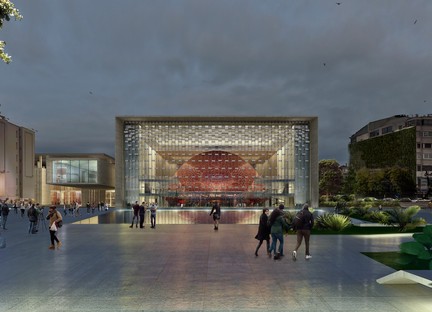