Tabanlıoğlu Architects completes the restoration of one of the largest and oldest libraries in Istanbul, the Beyazit State Library. Founded in 1884, inside a 16th century building, the library houses more than 25,000 books and rare manuscripts. The project is one of the finalists in the Aga Khan Award for Architecture. 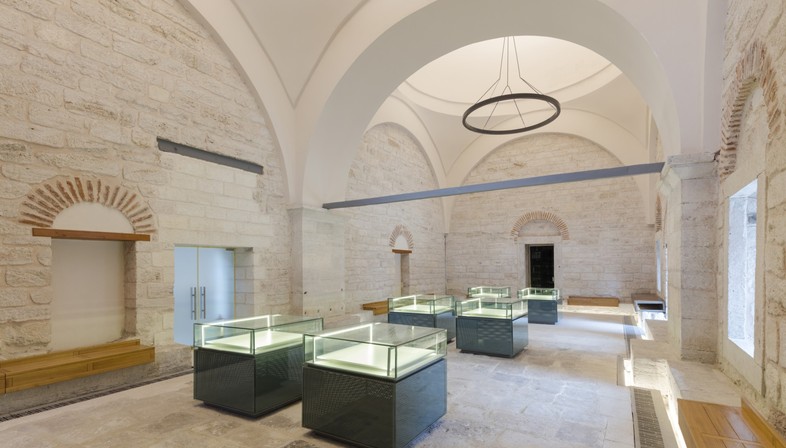 Beyazit State Library was the first state library in Turkey and is now the oldest and one of the largest in the city. A depository of over 25,000 books and rare manuscripts, it was founded in 1884 inside a 16th century building built by the Ottomans. The complex in Beyazit, or Freedom, Square, in the European part of the city includes the existing mosque, with adjoining madrasa and caravansary. The library was created in the caravansary and Tabanlıoğlu Architects design studio carefully restored it as you would a rare and precious book, returning it to society after many years of neglect. The library restoration and refurbishment project sensitively respects the fabric of the ancient building yet, with their contemporary, minimal intervention approach, the Architects have returned an important public place to the city. The work not only involved the renovation of rooms housing precious, rare manuscripts, but priceless Byzantine remains were also uncovered during the work. The Architects therefore developed the project to enable these important finds to be on public display. 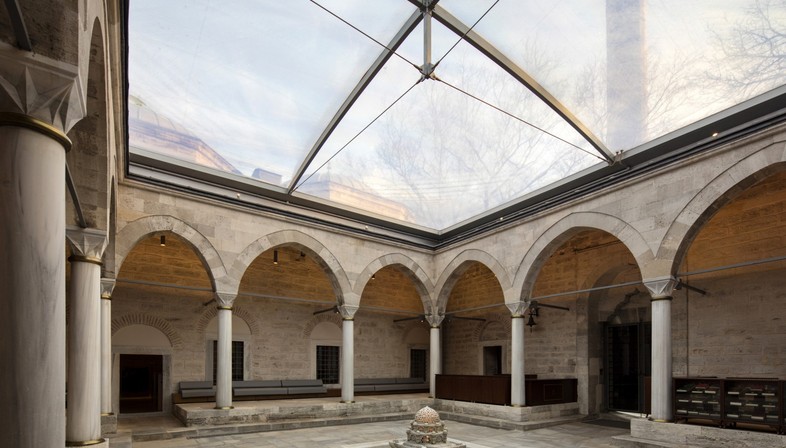 An achievement acknowledged by Farrokh Derakhshani, director of the Aga Khan Award for Architecture. When presenting the project, one of twenty finalists for the 2019 Award, he recognized Tabanlıoğlu Architects’ masterful restoration of the ancient manuscript rooms, and introduction of contemporary facilities in the historical building while restoring to public view proof of an even older civilization.
The architects have added value to the centuries-old building by implementing a series of measures that accentuate the qualities of the historical site while safeguarding its spirit. By reorganizing the flow of people, visitors and users now access the library from the public square to the inner courtyard. The areas for displaying books and reading rooms are all grouped around the courtyard and spread over several floors. In the courtyard, which is now the main entrance to the library, the Architects removed the existing 1980s concrete roof, replacing it with a light, transparent membrane structure that filters natural daylight and provides a controlled atmosphere. However, the most symbolic part of the project is a large, black glass box, a monolithic structure designed to preserve the rarest volumes. An invaluable, contemporary and technologically-advanced repository in the heart of the original library building.
During restoration works, the remains of an ancient Byzantine basilica were uncovered. In order to make these accessible to the public, the Architects covered them with a glazed floor which protects yet enables them to be viewed from above during events held in the library. 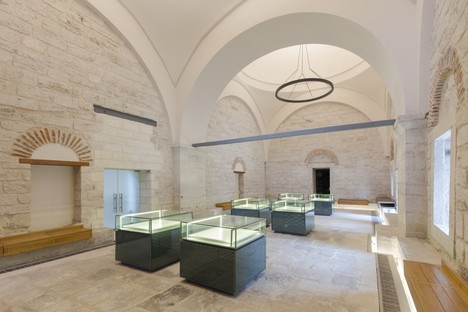 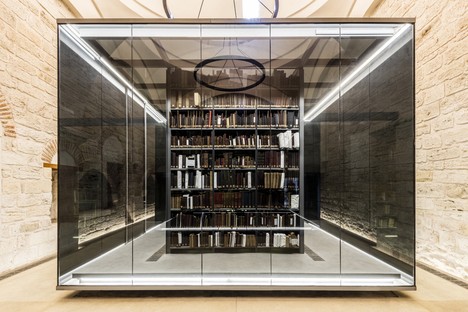 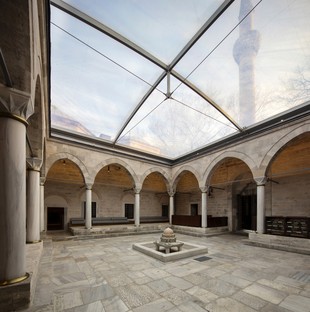 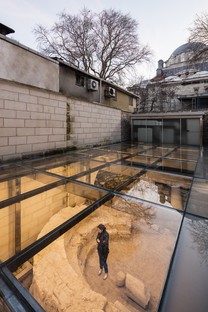 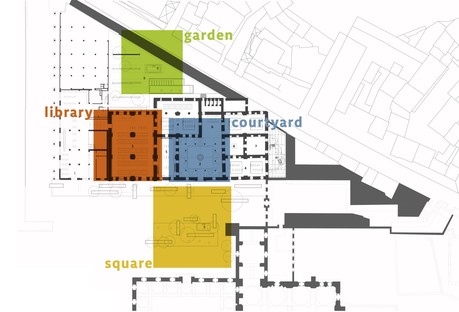