A new project by the Berlin-based firm Tchoban Voss Architekten was recently completed. An office building on the corner between Greifswalder Straße and Heinrich-Roller-Straße, in the Prenzlauer Berg neighbourhood (Pankow district), one of the areas in Berlin that underwent major transformations after the fall of the Wall in 1989. The Tchoban Voss Architekten studio has a long history. The studio adopted its current name in 2017, in reference to architects Sergei Tchoban and Ekkehard Voss, who became partners of the firm in 1995. The studio, on the other hand, was founded in 1931, thanks to the collaboration between architects Herbert Sprotte and Peter Neve, with various other architects and new partners joining over the years. The Tchoban Voss Architekten studio recently completed a new office building on the corner between Greifswalder Straße and Heinrich-Roller-Straße, in one of Berlin’s most well-known and sought-after neighbourhoods.
Located in the city’s Pankow district, Prenzlauer Berg is a neighbourhood that has undergone significant transformations over the past thirty years. Before the fall of the Wall in 1989, it used to be one of the poorest areas in Berlin. Created as a working-class neighbourhood and having survived the bombings of the Second World War, Prenzlauer Berg was not included in the housing plans launched by the German Democratic Republic (GDR). Deprived of any repairs and restorations, after the post-war period the neighbourhood was gradually abandoned by its inhabitants and later became a point of reference for punk movements and alternative groups that opposed the GDR authorities. Later, starting from the second half of the 1980s, Prenzlauer Berg became one of the most popular areas in the city thanks to a major restoration effort. Today, it is in fact one of the youngest neighbourhoods in the city, attracting students, artists and personalities of the German cultural world, as well as families with children. 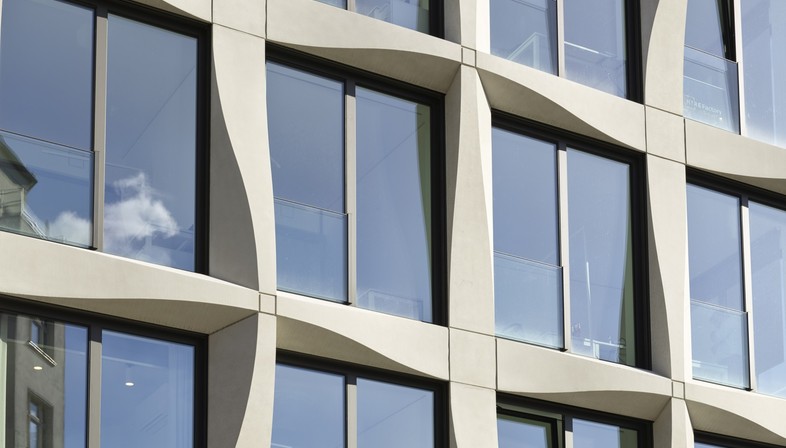 Architects from the Tchoban Voss Architekten studio worked in the neighbourhood to design a corner space, an area measuring 464 m2 located between Greifswalder Straße and Heinrich-Roller-Straße, where a new office building was created. The new building immediately became an urban landmark thanks to its lively, expressive main corner façade characterised by the special square grid structure covering it. A modular system built with precast concrete walls, creating an elegant play of shadows on the façade. In this way the outside of the building acquires extra depth and volume, protruding 50 cm towards the road, while its far ends remain aligned with the façades of the other buildings in the neighbourhood. The building is a new and contemporary business centre, consisting of six storeys for offices, a ground floor that hosts common areas and the main entrance, while technical rooms and parking spaces for cars and bicycles are located in the basement. The ground floor, closed by full-height insulating glass, makes the space inside the building immediately visible from the street. In fact, these are areas used for meetings and open space workstations, where having an uninterrupted visual contact with the city was an important element. The main entrance of the building, facing Heinrich-Roller-Straße, is an elegant and representative foyer with special backlit windows, where it is possible to set up an art exhibition. The upper floors, on the other hand, are flexible and can be adapted according to the users’ needs. Based on the specific requests, they can be set up as single offices, open-space offices, meeting rooms and coworking spaces. The top floor is fully glazed and is set back 1.60 m from the façade. This level differs from the previous ones, although it shares the same functions and allows access to the upper garden terrace. 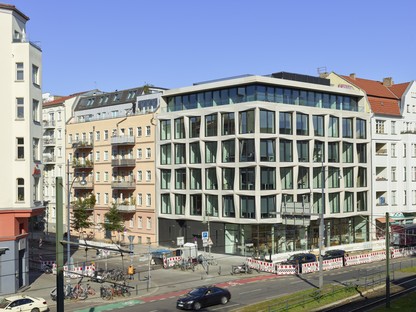 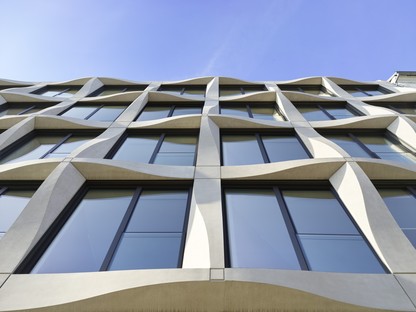 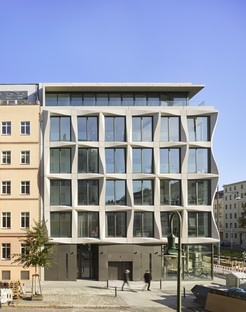 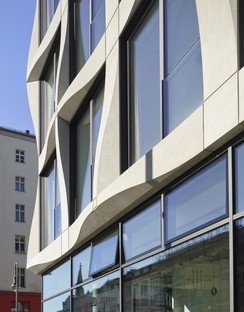 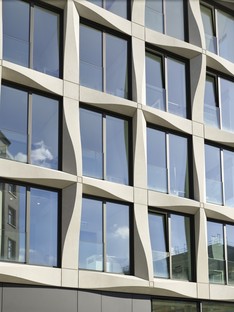 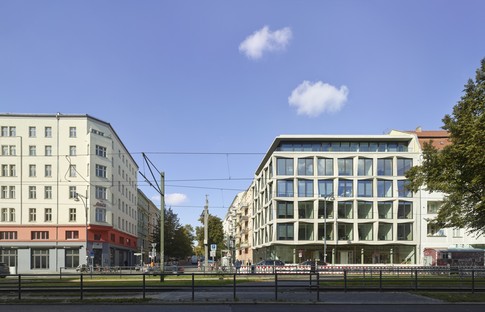 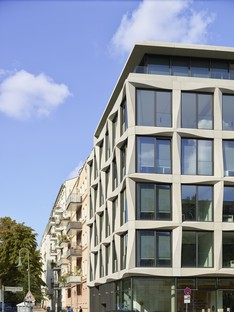 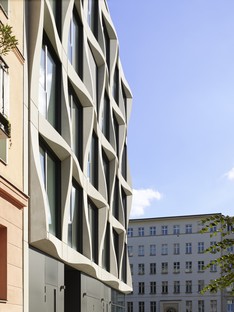 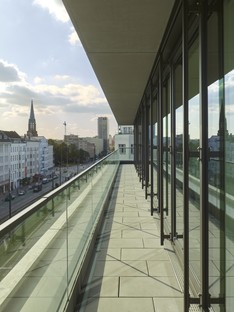 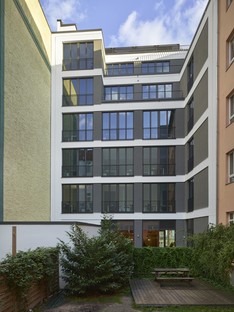 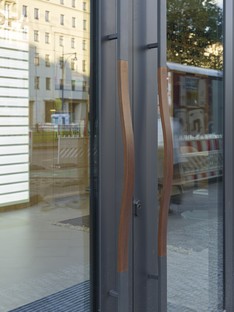 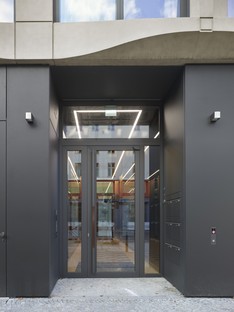 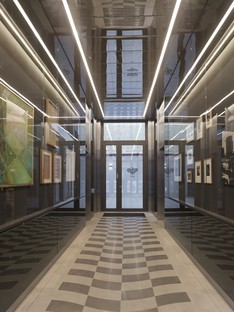 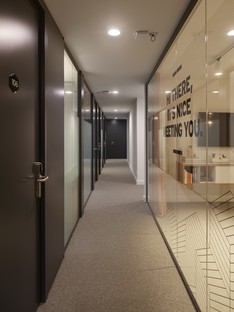 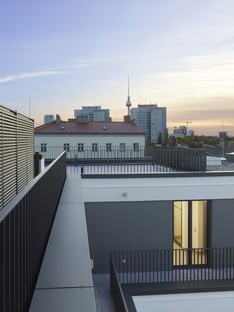 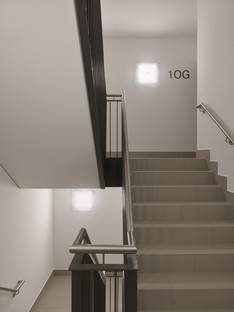 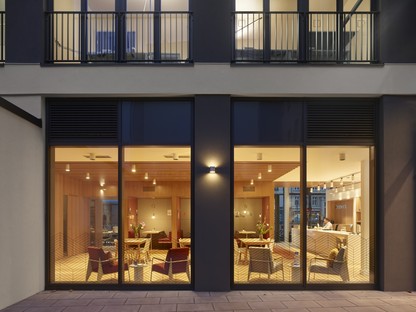 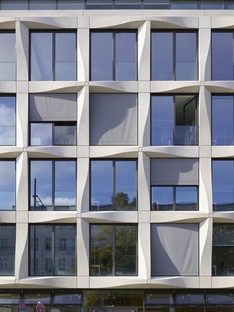