In Berlin’s vibrant, central Mitte district, Tchoban Voss Architekten designed a housing development consisting of six buildings across from Köllnischer Park, not far from the River Spree. The architects gave each building an identity of its own while creating an ensemble that fits harmoniously into the dense urban fabric. 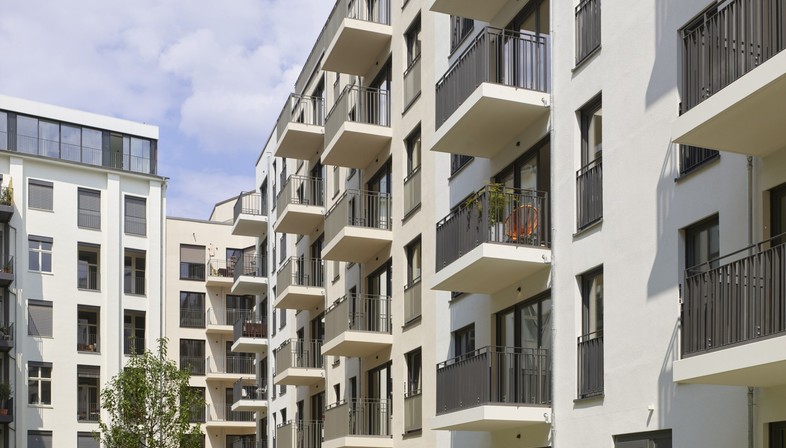 Embassy is the name of a housing development consisting of six buildings completed recently to plans by Tchoban Voss Architekten in Berlin. The complex is located in the city’s central, historic Mitte district, home to the Brandenburg Gate, Museum Island, and famous squares such as Alexanderplatz and Gendarmenmarkt, all easily accessible from the Embassy. The construction site is a 22,774 square metre lot located close to embassies and consulates, across from a major city park, Köllnischer Park: a big green area by the River Spree containing a number of historic and architectural monuments. The park was created in the 18th – 19th century on the site of the city’s former fortifications and modified in the 20th century; over the years it has become a recognised and protected landmark and an important tourist attraction, containing the Bärenzwinger, the city’s famous bear enclosure.
The presence of the park is very important, becoming the key idea behind the project, in which the architects provide almost all the residential units with elements such as terraces and balconies visually connecting the interiors with the greenery around them.
The housing development consists of six buildings with a scale and design that ensures they fit harmoniously into the city’s dense urban fabric. Working on the wall facing the street, the architects characterised each building with a separate identity of its own, using materials and colours reflecting those of the buildings that already stood around the site. The differences between the six buildings in the complex are underlined by different heights of the built volumes, by the rhythm of the windows and by the texture of the materials, including natural stone and bare clinker brick. The architects used a number of different surface finishes, smooth or ribbed, and worked on the positioning of the elements, with projects and recesses, to differentiate the textures of the façades even while using the same materials.
A total of 133 apartments of different sizes, up to a maximum of 160 square metres, are distributed on seven levels, with four commercial units on the ground floor of some of the buildings in the complex and a shared underground parking garage which also has bicycle storage.
The majority of the apartments have terraces and balconies providing direct visual links with the nearby public park, and the windows are generously sized, with frames of wood and aluminium permitting large floor-to-ceiling windows illuminating the interiors with natural light. The ground-floor apartments feature terraces overlooking an intensively landscaped inner courtyard shared by the entire complex. 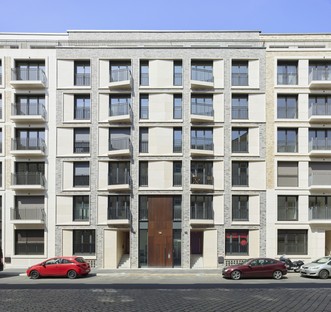 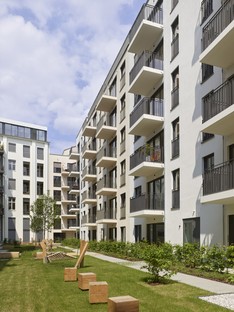 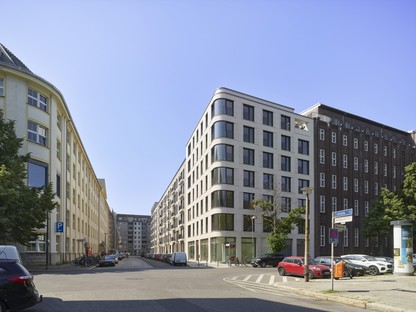 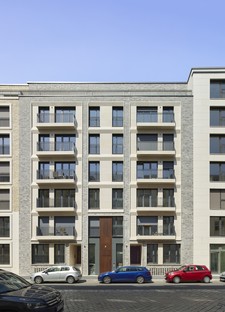 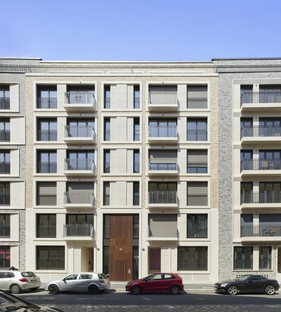 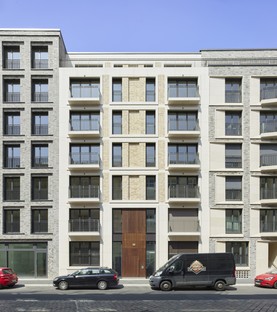 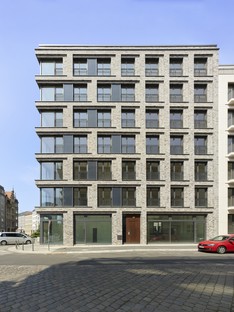 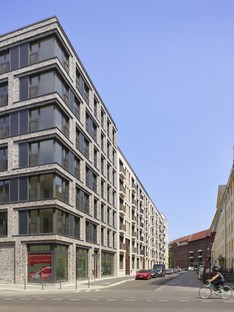 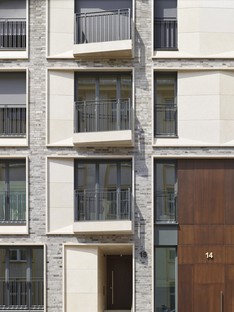 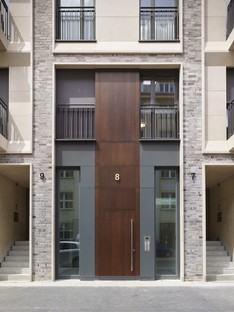 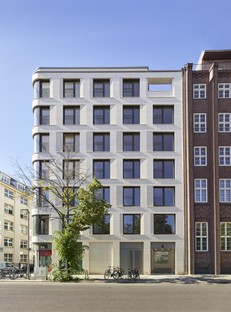 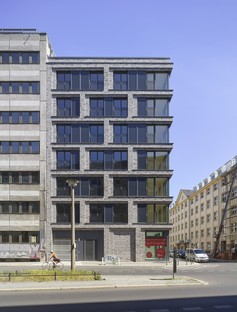 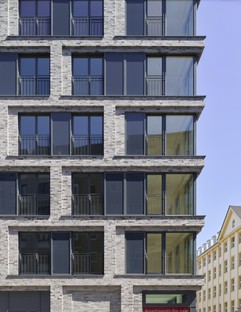 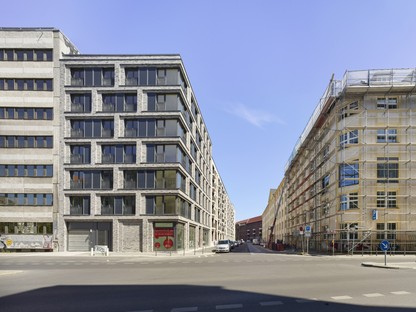 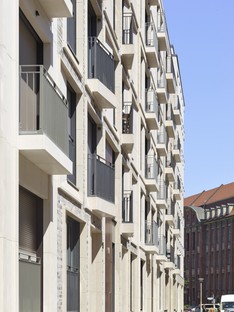 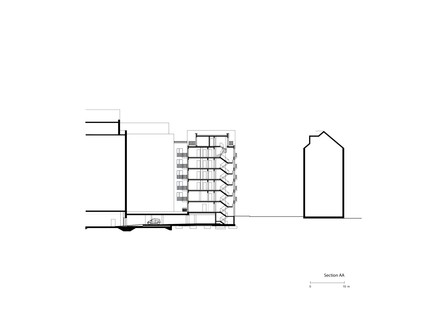 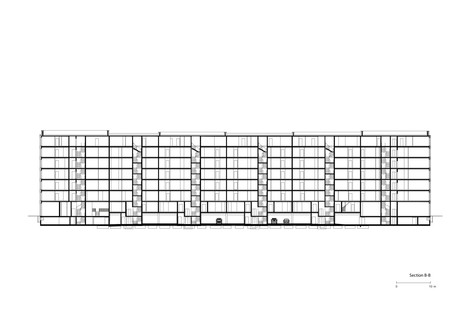 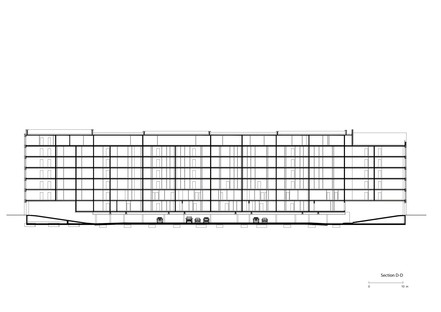 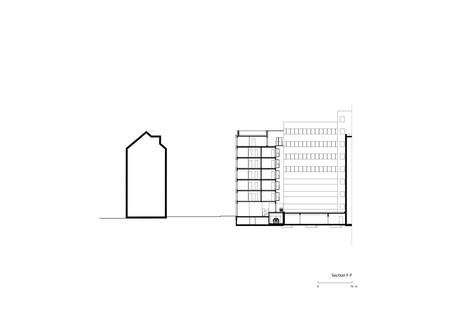