Nine hundred children can attend the new elementary school in Xiaoquan, completed to plans by architect Hua Li thanks to private financial contributions for rebuilding the school after the 2008 earthquake. Local materials and building techniques are used in a work that fits into its surroundings, avoiding the international “post-seismic” style in favour of a form of architecture demonstrating respect for local history. 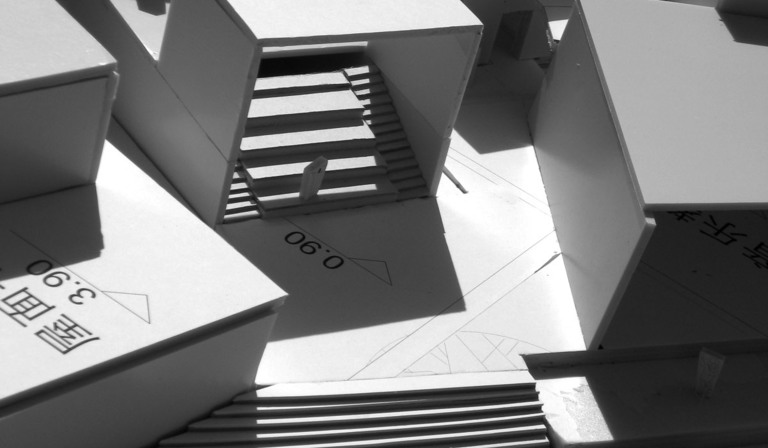 If we look at recent projects by Chinese architect Hua Li, such as the handmade paper museum in Xinzhuang or the new elementary school in Xiaoquan, in Szechuan province, it is clear that he attributes a symbolic character to public architecture, viewing it not only as the inevitable allocation of a public activity but as a primary element which citizens identify with, expressing the concept of sharing a single place and a single history.
Unlike the usual simplification of public works projects, or the concept of the urban landmark as an iconic building which stands out as different from the others around it, Hua Li?s architecture draws on the forms, materials and building techniques of the past and uses them as the paths in a map for building the present.
And so the new elementary school in Xiaoquan seems to rise not only out of the ruins of the old school building which was demolished, but out of the traces of the village that was seriously damaged in the 2008 Wenchuan earthquake. The layout of the building is in fact made up of different volumes linked together overlooking plazas, shared pathways, courtyards and urban centres such as the stadium or the outdoor sports centre: the views created and their playful intention, the alternation of areas and asymmetrical paths all help create places where people can meet and do things together.
The impression created by the building is definitely not a monolithic block built out of the new foundations, sitting in a landscape which it violates, demonstrating the break between the village?s past and future; Hua Li attempts to reconstruct the neighbourhood's past experience in the school, putting together his architectural plan like a project on an urban scale, characterised by an alternation of open spaces, closed volumes and borders, a place for regenerating the connection between functions and promoting social relationships.
To convey this message regarding the meaning of reconstruction as a link between the village?s past and future, the architect inspected the site a number of times, talked to the villagers and let the new requirements emerge out of what they said. These suggestions were given concrete form using local construction techniques and materials, such as bamboo, wood or brick, partly recovered from demolished buildings and used to pave the paths between the school buildings, as well as bricks made in small local brickyards.
The slight variations in colour in bricks made in different brickyards decorates the cement used to build all the new structures, avoiding an anonymous “reconstruction style” that makes other public projects in Szechuan province indistinguishable from reconstruction projects in any other earthquake-prone part of the world. 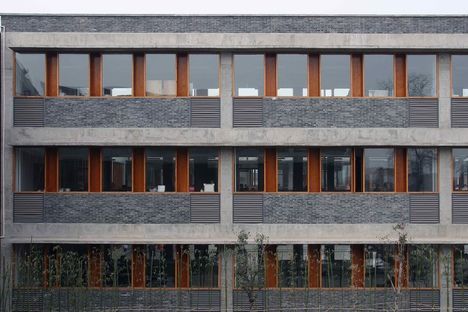 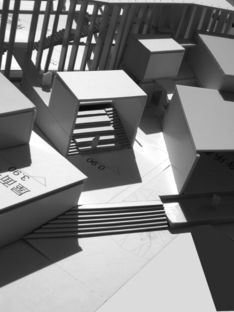 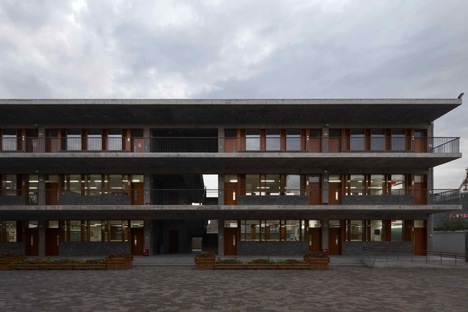 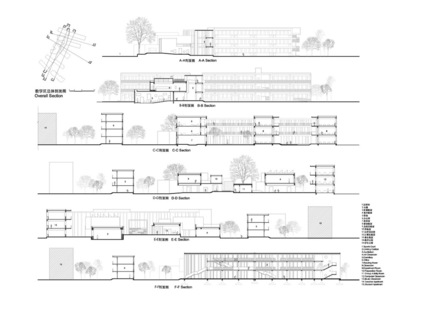 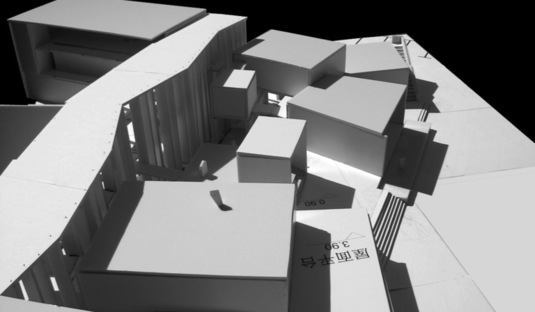 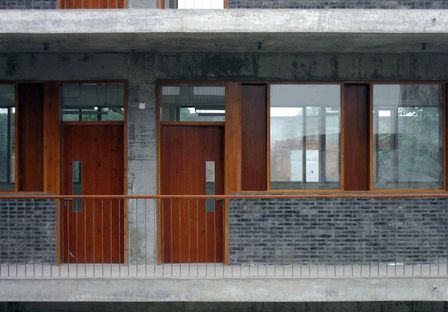 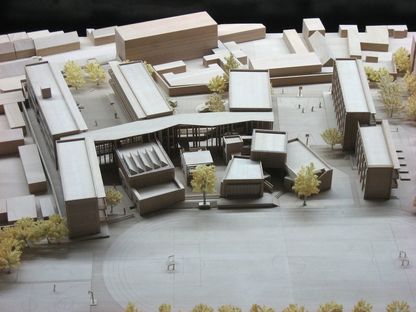 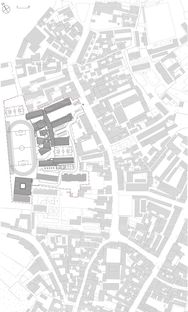 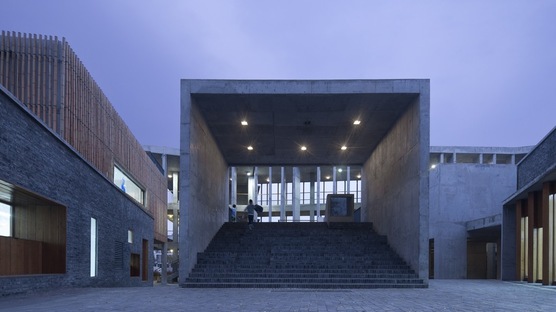 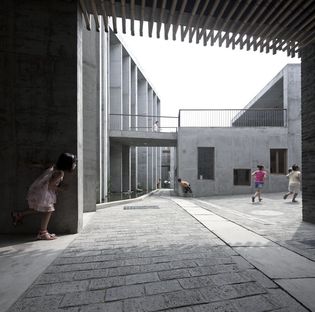 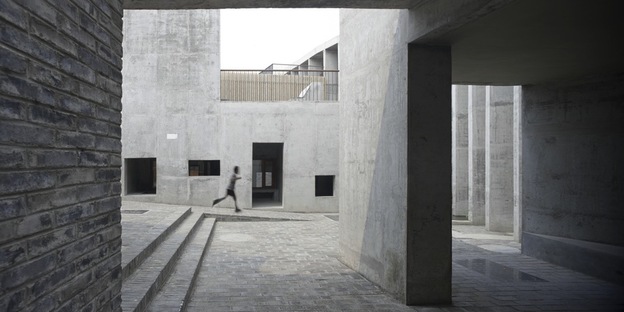 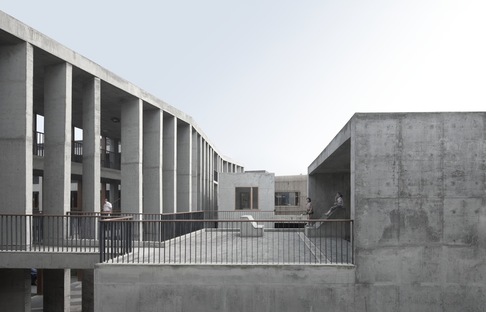 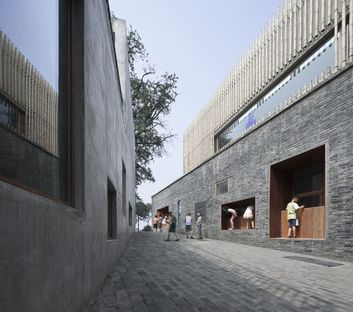 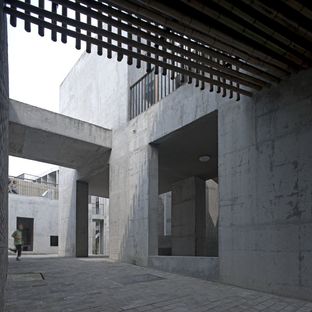 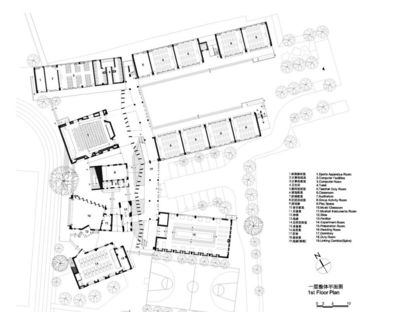 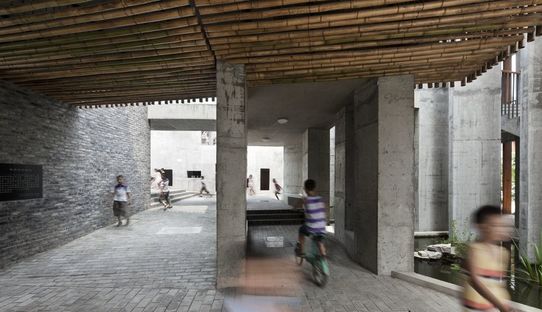 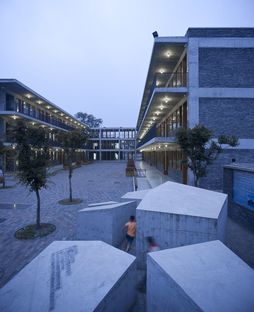 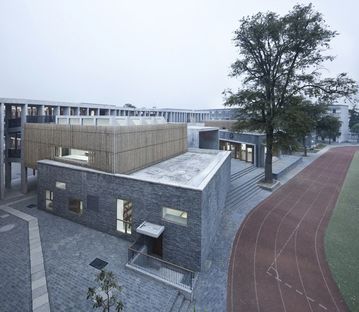