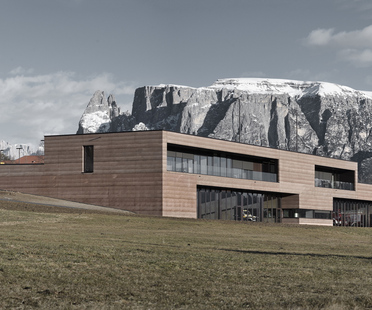 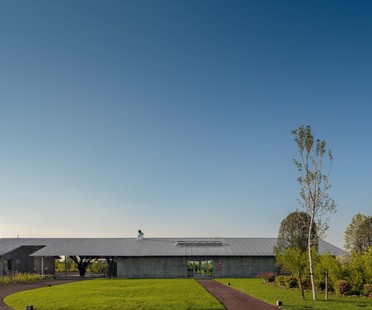 The winners of the annual prizes awarded by the National Council of Italian Architects, Planners, Landscape Architects and Heritage Preservers and by the network of provincial orders were recently announced. The award ceremony will take place in January during the “Festa dell'architetto” event. The 2020 edition of the traditional “Architetto italiano 2020” (Italian Architect) and Giovane talento dell’Architettura italiana 2020”“ (Young Talent of Italian Architecture) awards focused on the “school” theme and, this year, were fittingly paired with the special award titled “(Ri)progettare la scuola con le nuove generazioni post Covid-19” ((Re)designing the school with the new post Covid-19 generations). 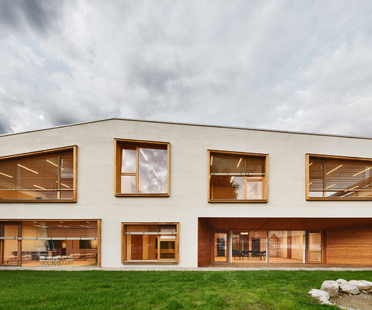 Roland Bald Architects has designed a kindergarten in Sluderno, South Tyrol. Sustainable architecture that develops around an ample, brightly lit foyer, all designed to suit the scale of children who here take their first independent steps outside the family. The building is the recipient of the CasaClima A environmental certificate. 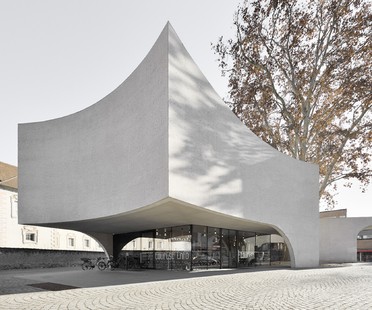 TreeHugger is a new building designed by MoDusArchitects for the tourist information office in Bressanone, in the province of Bolzano. The sculptural new volume designed by architects Sandy Attia and Matteo Scagnol was selected in an international design contest announced in 2016. 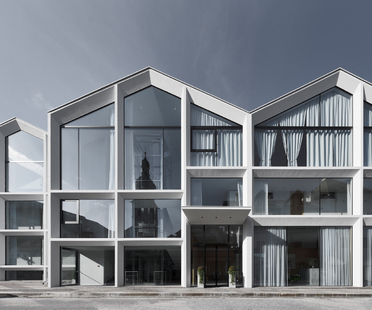 Architect Peter Pichler is the person behind the complete makeover of the Hotel Schgaguler in Kastelruth, South Tyrol. 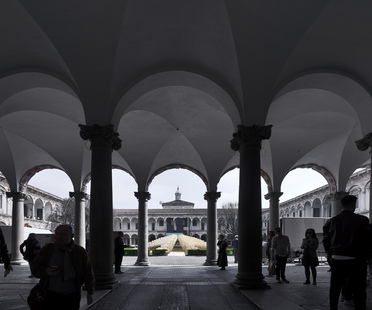 The exhibition-event by the monthly magazine Interni for the Fuorisalone during Milan Design Week, located in the courtyards of the University of Milan is one of the most hyped-up events of the Fuorisalone and this year it turns twenty. 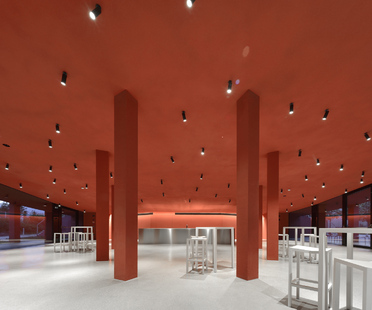 Roland Baldi architects and the architect Elena Casati worked together to create a lunchroom for the headquarters of Eurac Research in Bolzano, South Tyrol, a listed rationalist building that underwent a makeover in the '90s. 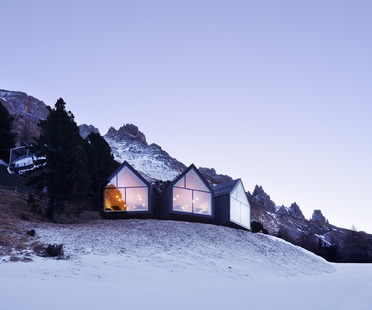 For years, South Tyrol-based photographer Oskar Da Riz has been giving a face to many famous, award-winning buildings in Italy and abroad. Now he is sharing his exploration of the Bauhaus buildings in Dessau with the readers of Floornature. The photographer Oskar Da Riz is known for his pictures that interpret so much of the architecture featured on our portal, particularly the South Tyrol architecture, and including many stand-out, award-winning creations. His sharp style, bold colours and precise angles highlight the materials and beauty of the architectural object. An approach to photography based on his professional background as an advertising photographer, where each shot - and therefore the visual optimisation of the product - is fundamental to its communication. Now Da Riz is sharing a private project with our readers, a photographic exploration of the Bauhaus buildings in Dessau.  The photographer narrates his affinity with this complex, pointing out how during the years of his training in Vienna he lived and worked “in the oeuvre of Adolf Loos”. As a result, the restrained works of the Austrian architect, composed of clear, bold volumes with well-defined interior spaces and governed by a code of ethics, have instilled in him a profound interest in modern architecture. So when he became a professional photographer, Oskar Da Riz decided to go to the Bauhaus building in Dessau to experience it first-hand and provide a narrative of this iconic architecture.  Walter Gropius designed the Dessau School of Design building, which was inaugurated in 1926. It is a testament to the years where modernity triumphed in architecture and design. In his photos, Oskar Da Riz captures the aura of greatness that permeated those years, wiping out almost a century of history. Because let's not forget the effects of the Nazi period, World War II and the years of East Germany, which left their marks both in the main building and in the masters’ houses or the Atelierhaus, now carefully restored because the Bauhaus complexes in both Weimar and Dessau are UNESCO-heritage listed. Oskar Da Riz takes us on a walking tour of the Bauhaus, we go upstairs and downstairs, we take in the view through the steel and glass façades that already in the 1920s guaranteed an interior temperature of 16 degrees Celsius even in winter. He also shows details like the chairs by Marcel Breuer or the still working street lights created by László Moholy-Nagy.  In this project, Oskar Da Riz opts for a very minimalist visual interpretation, where the feel of the spaces and of the light are the true stars of his narrative in pictures because the name Bauhaus says it all. Christiane Bürklein @chrisbuerklein Oskar Da Riz http://www.dariz.com/