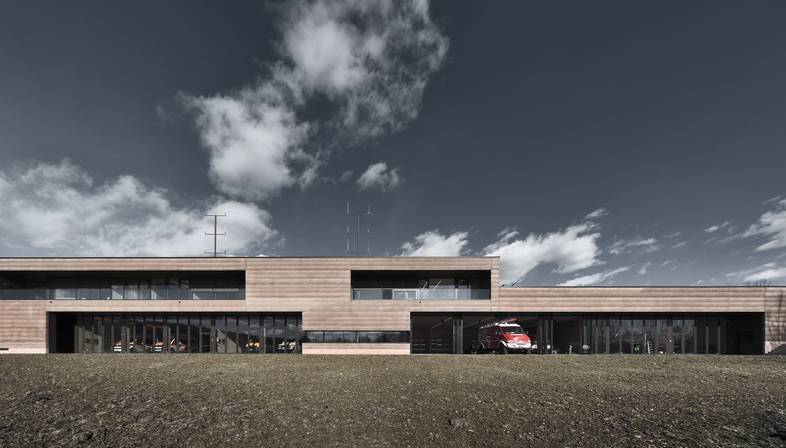 Roland Baldi will be known to our readers as the winner of the 2018 international Next Landmark contest, and for his architecture combining attentive research into forms and materials with a strong focus on the environment, not only in terms of certification but to demonstrate respect for context. One such example is his fire-fighting station in Fleres, in which the volume of the façade with gabions plays an active role protecting an area subject to landslides.
Elsewhere in Alto Adige, in Ritten, also known by the Italian name Renon, Baldi has completed another project further developing a theme of great interest to him: functional architecture in an important natural setting. This time, he has designed a new civil defence centre, a single volume of simple, sculptural form combining three institutions operating in the area: Fire-fighters, Alpine Rescue, and the White Cross. His contemporary construction apparently contrasting with the rural architectural idiom typical of the area actually turns out to be in perfect harmony with its surroundings.
All this is because the building on two levels, constructed to the KlimaHaus A standard, is integrated into the natural slope of the land and connected to the provincial highway and the residential neighbourhood behind it through its entrance hall. The majority of the building is underground, below the municipal parking lot, also serving as a boundary wall for the parking lot and a containing wall for the public garage.
The main entrance on the ground floor leads directly to a vast reception area containing a training room, which is open to the public and can also host external events. The common areas have terraces, with storage space and dormitories on the northern side of the building.
The layout also includes garages housing emergency vehicles on the lower level, with their own private access road.
The organisation of space inside the building, from the common areas to the changing rooms of the three civil defence agencies, aims to achieve maximum functional efficiency and optimal separation of different areas without compromising on the essential synergy between the operators; the command rooms can be opened up to form a single space for large-scale operations.
In contrast with the linear, geometric appearance of the centre, a result of both its function and Roland Baldi Architects’s preferences, the material chosen for the façade is manually stamped concrete: a material which forms organic, irregular layers that soften the severity of the construction. The architects drew their inspiration for the grain and hues of the material from the famous Ritten Earth Pyramids, a spectacular pinnacle-shaped geological formation dating back 25 thousand years, emphasising the building’s ties with the local area.
Ritten’s Civil Defence Centre is completed with a new underground parking lot, in addition to the adjacent public parking lot and bus station also designed by Roland Baldi Architects. The set of projects, in combination with the nearby railway station, forms the new mobility centre of Klobenstein, not only protecting the area but substantially improving the local infrastructure. 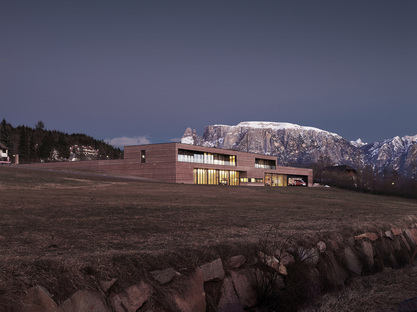 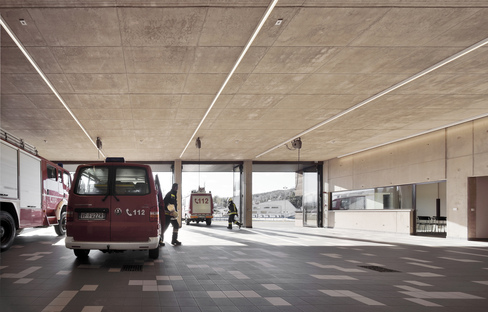 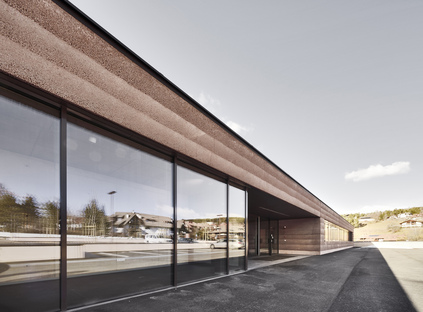 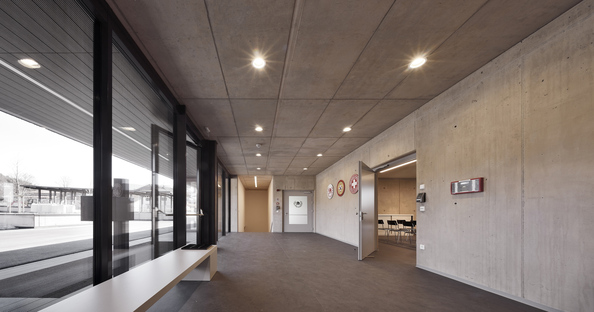 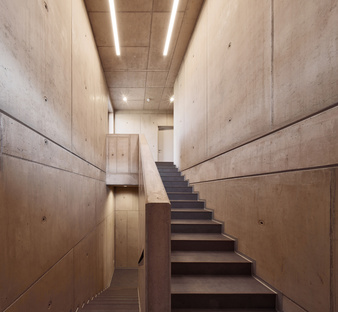 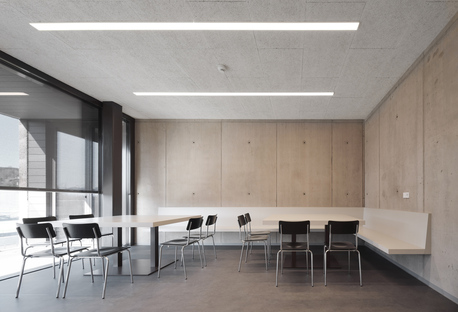 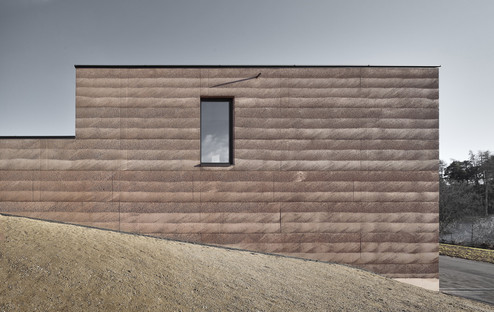 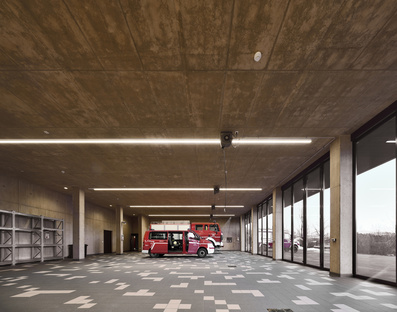 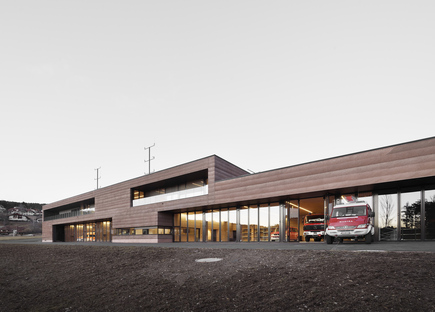 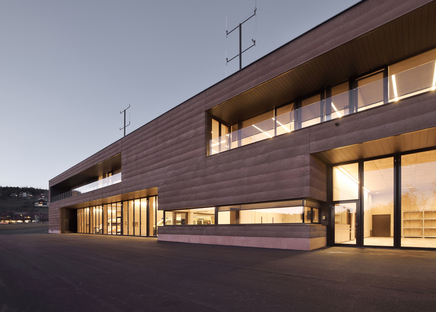 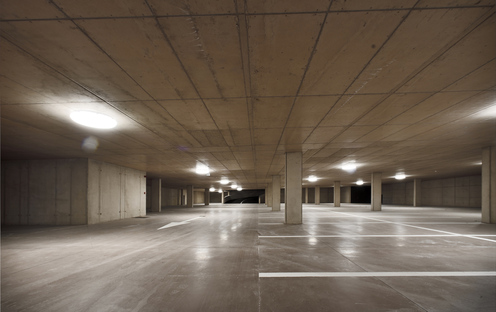