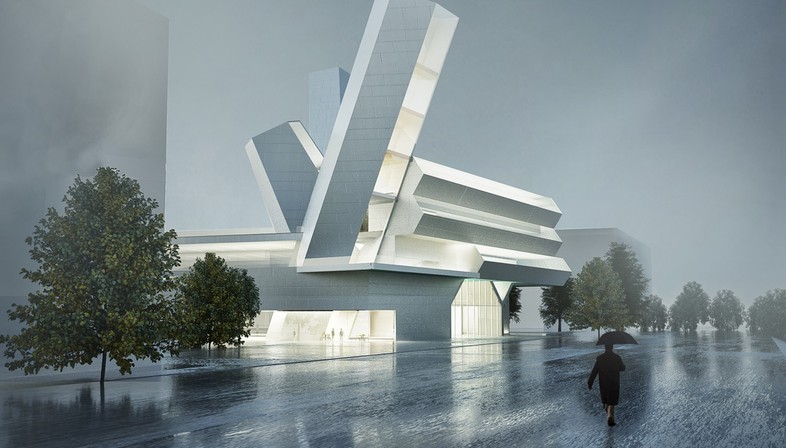 On 07 August, the design competition for the University College Dublin’s Future Campus ended. Six important studios were among the finalists: Diller Scofidio + Renfro (USA), John Ronan Architects (USA), O'Donnell + Tuomey (Ireland), Steven Holl Architects (USA), Studio Libeskind (USA) and UNStudio (The Netherlands). The international jury, composed of professors of the University College Dublin and famous architects, including Sir David Adjaye (Adjaye Associates), Ann Beha (Ann Beha Architects) and Joe Berridge (Urban Strategies), voted for the proposal by studio Steven Holl Architects. The project includes the realisation of a building, the Centre for Creative Design, and the overall masterplan for the area. The architects included an iconic building in a clear masterplan, that enhances the historical and natural context of the area. The building recalls the geometry of the Giant’s Causeway, on the Irish coast. 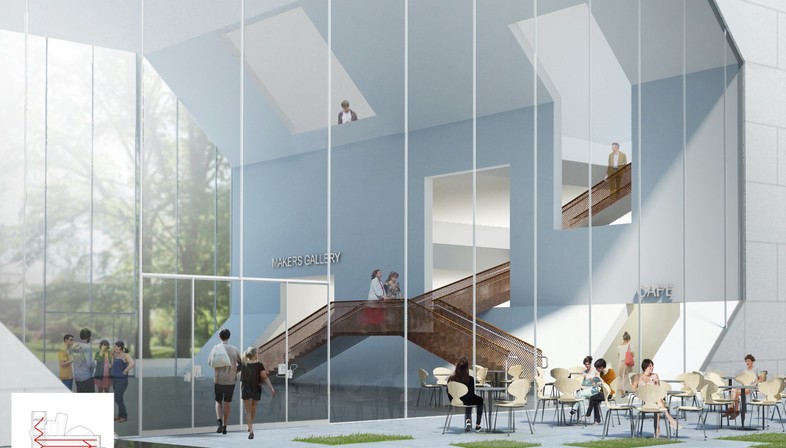 The Centre for Creative Design is the fundamental element of the project presented by the team guided by Steven Holl Architects for the Dublin University College. The building is the entrance to the campus, and is provided with lecture halls, exhibition spaces, a foyer, a café and an observation centre. In the masterplan of this area, the Centre for Creative Design becomes the gateway to a system of seven green quadrangles, conceived to enhance the historical and natural characteristics of the area. For this fundamental role, the architects designed an iconic building, that could become a proper landmark.
The new masterplan foresees the creation of a pedestrian spine, parallel to the existing one, that is its main spine. Along this H-plan organisation are lined some weather canopies that double the surface of the solar connectors and create the infrastructure of an energy network for the campus. Along the paths, architects located cafés and informal spaces for gathering. Landscapes and green areas, instead, were accurately designed along with water-retention ponds, and the campus ancient trees were preserved. 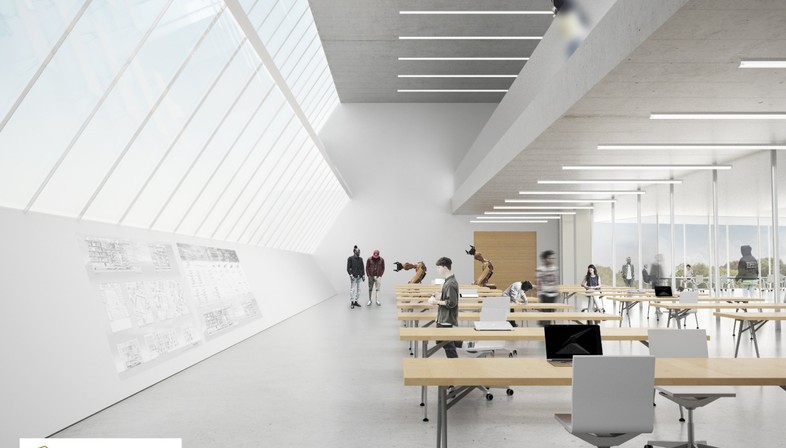 The Centre for Creative Design is based on five key concepts: place, space, gateway, natural light and circuit of social connection. The building is surrounded by a plaza and a reflecting pool. Its shape is clearly inspired by the geometries of the Giant’s Causeway, the basalt columns that compose the suggestive, natural rock formation in the north-eastern Irish coast, that was included in the UNESCO World Heritage Site list in 1986.
Abundant natural light invades the internal spaces of the centre, and is captured by two vertical structures that mirror the earth’s tilt. Another important symbol for the area, the University College Dublin’s iconic dodecahedral 1972 water tower, is evoked by the shapes of the auditorium.
According to the key concepts above, the architects conceived the space of the centre considering it as a continual experience, not as a static object. To favour the creative collaboration and the interaction among all users of the building, the internal distribution included a “social connection circuit”, that allows visitors and students to peer into laboratories and classrooms through glass walls, but that also provides spaces for concentration. 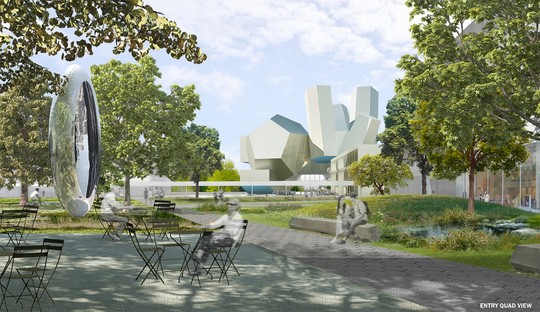 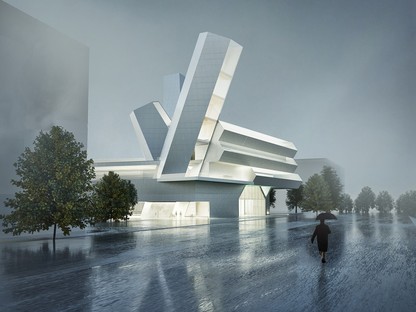 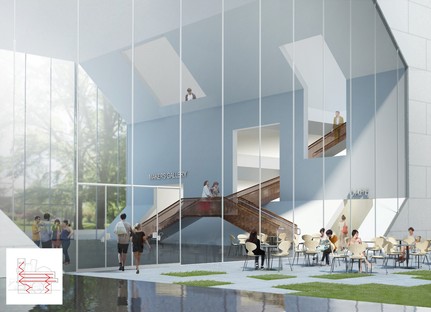 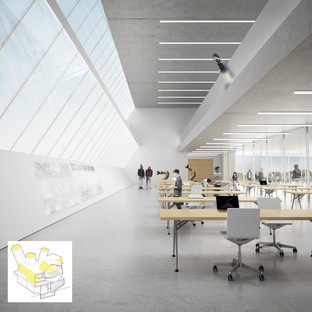 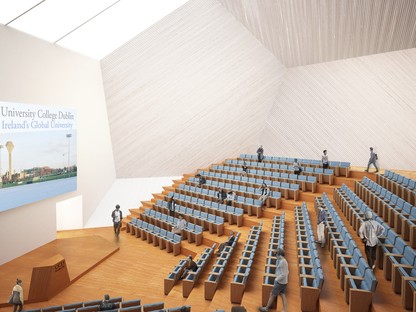