Stefano Boeri Architetti Bosconavigli in Milan; a boundary building between city and nature

The residential project developed by Stefano Boeri Architetti and Arassociati with landscaping by AG&P greenscape, promises to profoundly renew the connecting area between Zona Tortona and the Navigli, redeveloping an area of over 8000 square meters and reforesting an important urban area adjacent to the ancient village of San Cristoforo overlooking the Naviglio Grande. 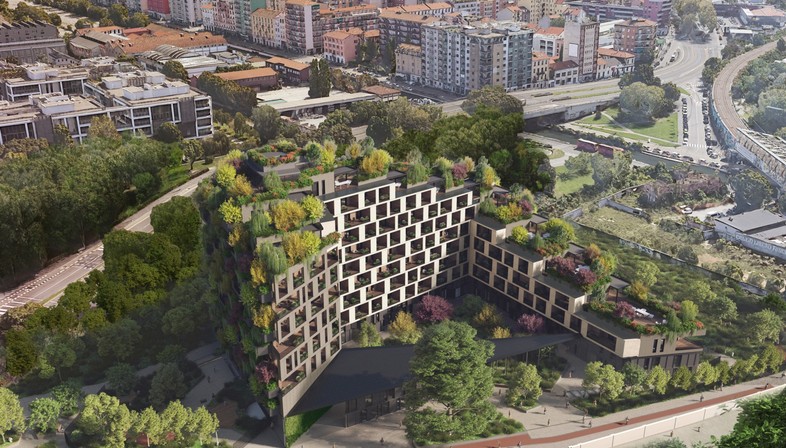 Bosconavigli, is the name of the new residential development project that was the brainchild of architect Stefano Boeri and is being implemented by Stefano Boeri Architetti and Arassociati, with the contribution of AG&P greenscape for the landscaping project. The new building promises to profoundly renew the connection between Zona Tortona and the Navigli, regenerating the site of over 8,000 square metres and reforesting an important urban area adjacent to the ancient hamlet of San Cristoforo, overlooking the Naviglio Grande. The name of the project "Bosconavigli" recalls a famous building designed by Stefano Boeri Architetti, the Bosco Verticale. The new project promises to mediate the relationship with greenery, seen on the façades and roofs as in the Bosco Verticale, with the typological characteristics of Milanese tradition. Bosconavigli will in fact be a single building, a unitary body enclosed in a courtyard and surrounded by greenery in order to integrate and blend into the surrounding landscape. The project also involves creating a public green area on the east side of the building, where the existing trees will be retained and integrated, and redeveloping Via S. Cristoforo with a new cycle path in continuity with the one along the Naviglio Grande. Looking at the numbers announced, a green area on the ground of about 3,000 square metres will be created, as well as an elevated area of almost 1,000 square metres, and more than 170 new trees and more than 8,000 new shrubs will be planted, for a total of 60 different plant species.

The building will be developed by means of tiers that will be set up as private terraces and hanging gardens, descending from the city to the north towards the ancient hamlet of San Cristoforo to the south. At its highest point it will reach 11 storeys, then drop to 3 storeys, becoming an ideal threshold between the city and nature. The relationship between indoors and outdoors will also be enhanced by a purely architectural element: the architects have identified the loggia as the filter environment to be used to improve the exchange of heat and natural light between indoors and outdoors.
Lush greenery will completely cover the facades and roofs of Bosconavigli, making an important contribution to reducing pollution. Imported technological solutions (such as the photovoltaic system integrated with the architecture, recovery and collection of rainwater for irrigation of the greenery, and geothermal energy) will contribute to the environmental sustainability of Bosconavigli by increasing the positive results achieved by the thermal inertia of the vegetation. The plants will offer optimal natural protection from the sun's rays, a dynamic system that will vary naturally with the changing seasons, and thus with the needs of the time of year. Like a living organism, and taking advantage of the characteristics of the plant species that will cover it, Bosconavigli will change its colours and profile as the seasons change, becoming a “bastion of biodiversity", a symbol of the reforestation of this part of the city. 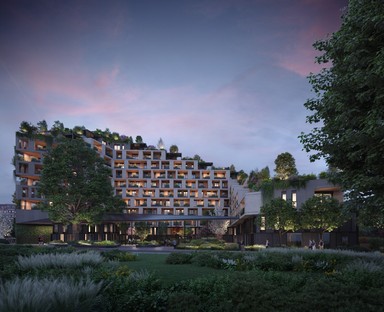 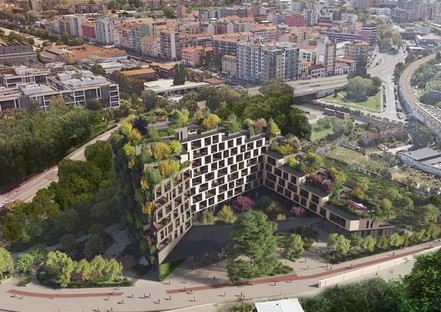 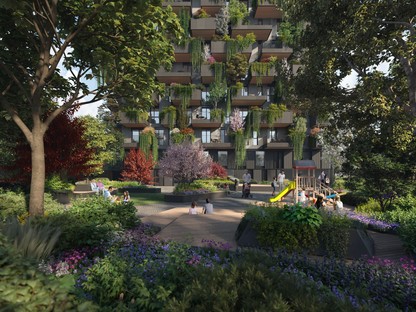 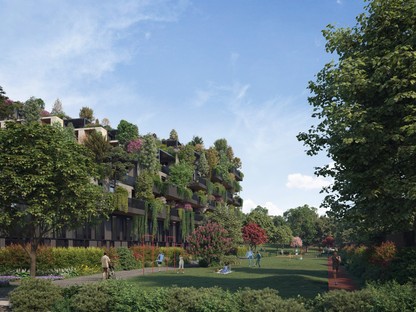 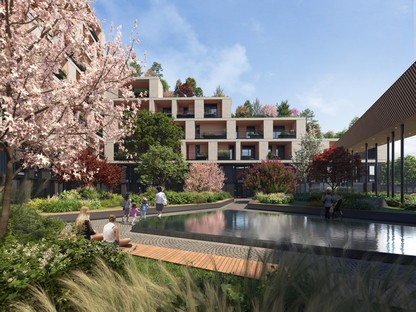 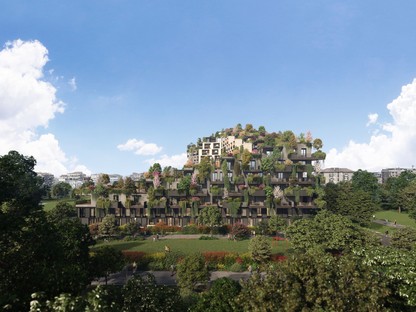 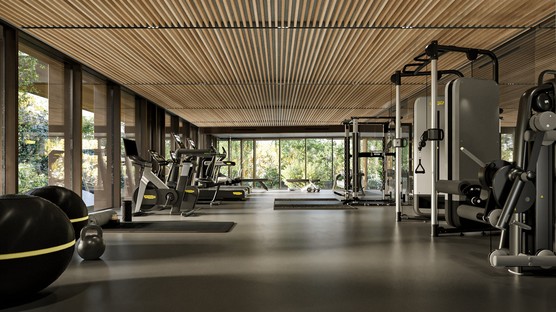 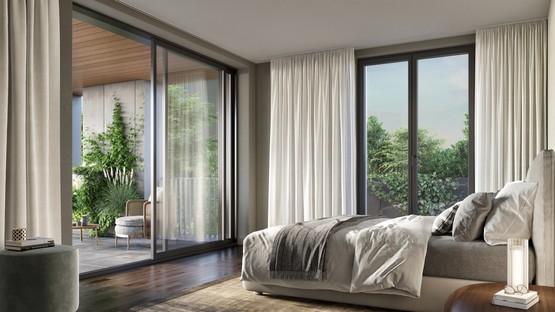 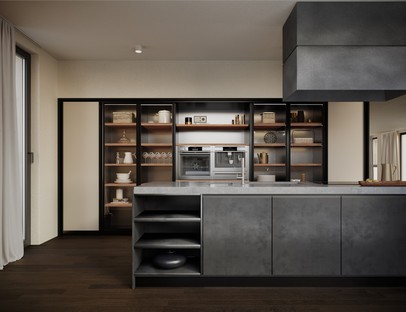 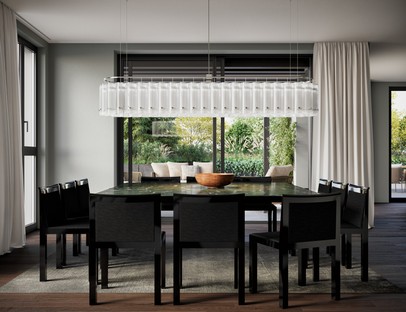 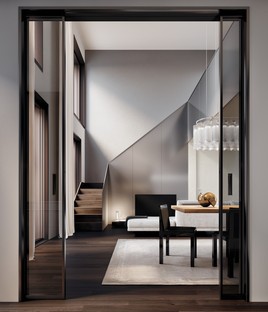 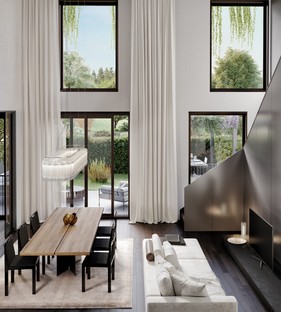 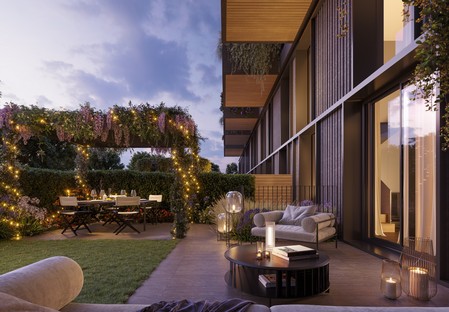 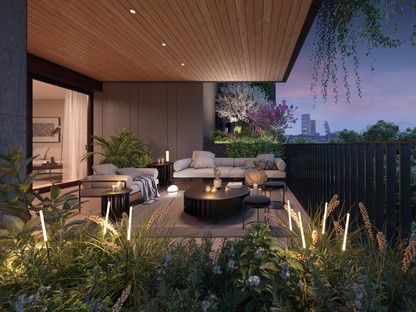 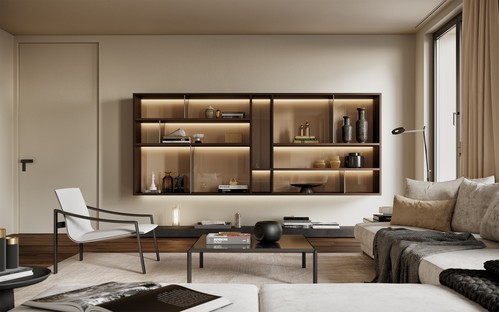 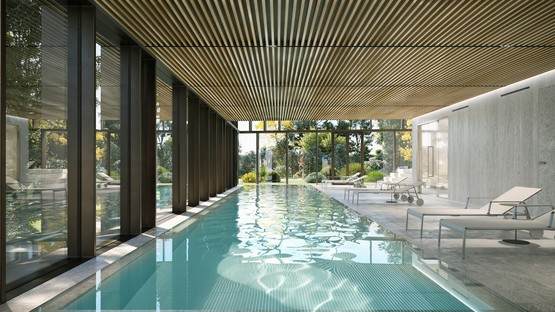