The Casa degli Artisti, located in Corso Garibaldi no. 89A reopens 110 years after its foundation. The historic building (whose name literally means House of Artists) was built in 1909 at the initiative of the Bogani brothers to host ateliers and workshops for artists. A mission that will continue, with the management of the building newly entrusted to five associations, a working group where culture, resources and professional skills come together. 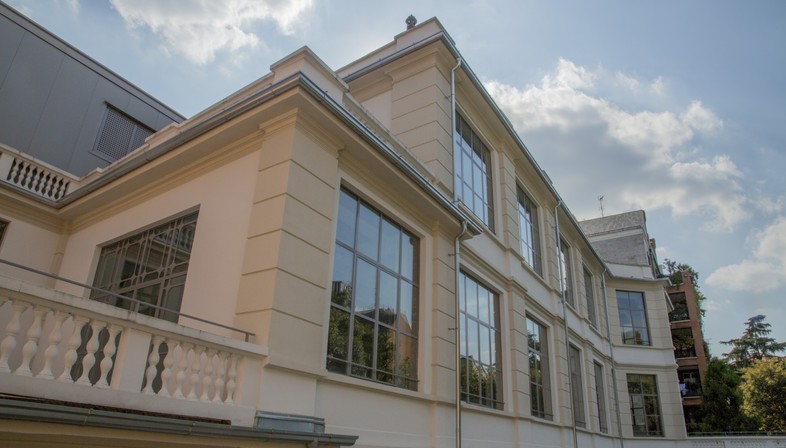 The Casa degli Artisti, a symbolic building in the Brera neighbourhood in Milan, has come back to life. On September 2, 2019 Municipality no. 1 of the City of Milan entrusted the building to a temporary special-purpose consortium, concluding a long process of restoration and redevelopment started in 2015, with the project designed by the Arassociati Studio di Architettura firm and with architectsAldo Fontana and Tanja Bekjarova overseeing both the construction management and the completion of the interior spaces.
The consortium is made up of five associations, a heterogeneous and international working group composed of artists, architects, trainers, gallery owners, organisers of cultural events and citizens. 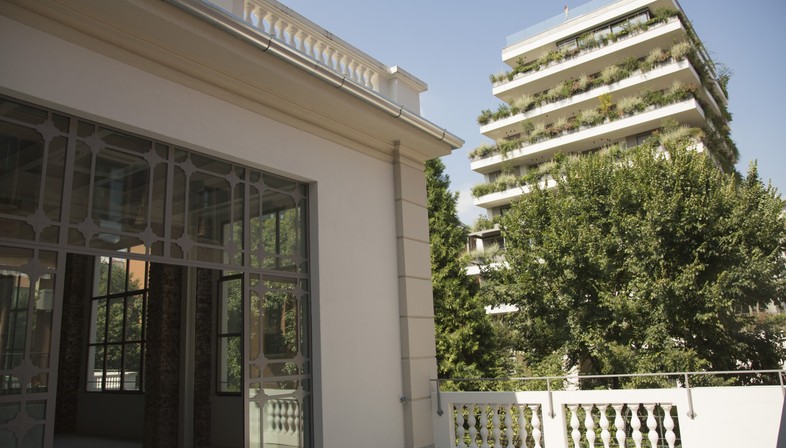 The Bogani Brothers, passionate arts enthusiasts, founded the Casa degli Artisti 110 years ago in 1909: a building originally designed to host workshops and ateliers which from the outset attracted artists from various disciplines. After the building was forced to close its doors during the war, the house became the property of the Municipality of Milan, eventually resuming its artistic activity after World War II. Many initiatives have contributed to making this place of culture and art famous, from the presence of internationally renowned artists, to group exhibits promoting young artists, initiatives organised together with other non-profit spaces operating in the city and the restoration of the “Mysterious Baths Fountain” painted by Giorgio De Chirico in 1994. In 2007, the building was vacated in order to secure the structure, which at the time was in precarious conditions. The redevelopment project began in 2015. As this is a historic building with a strong symbolic value for the Brera district and at the recommendation of Milan’s Superintendence for Architectural Heritage, the project designed by the Arassociati Studio di Architettura firm focused on providing the Casa degli Artisti with an architectural image that stayed as close as possible to the original one, while adapting it to contemporary needs and technologies.
The architects operated on two different levels: a philological restoration of the interiors and a more substantial intervention for the external façades. As the house is one of the first Italian examples of the use of reinforced concrete technology, the original concrete structures were therefore maintained in the interiors, together with the exposed bricks.
Firstly, the project focused on the restoration of areas located on the ground floor to be used as exhibition spaces and the ateliers used by artists in residence on the two upper floors. Vertical connections, staircases and balconies were also completed, creating a new architectural volume made of perforated metal panels and glass, inspired by the design of the restored glass window of the existing gallery.
Outside, thanks to the white plaster and the large windows on the façades, the building is airy and bright for those who make their way along the pedestrian accesses road from Corso Garibaldi and from the public gardens located in Via Cazzaniga. Originally, the building was not directly connected to the street. Instead, it was enclosed inside the block and surrounded by gardens and vegetable patches that provided the workshops and the artists with a genuine sense of stillness. Today, the surrounding urban transformations and the new public park made it necessary to renew the distribution and access system to the house. The new fully glazed main entrance was therefore built along Via Cazzaniga. The presence of the public park made it possible for the Casa degli Artisti to maintain its quietness and naturalistic aspect that characterised the building at the beginning of the century. 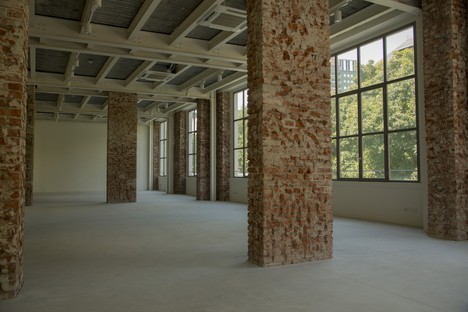 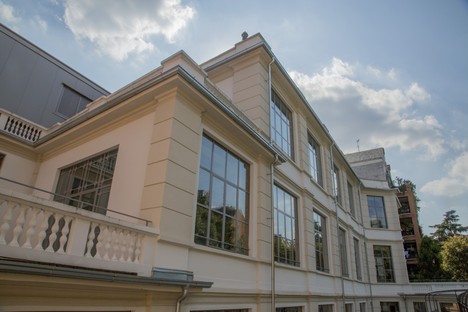 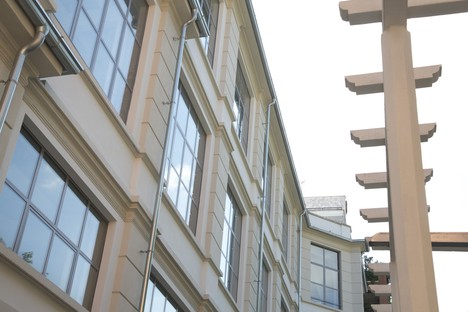 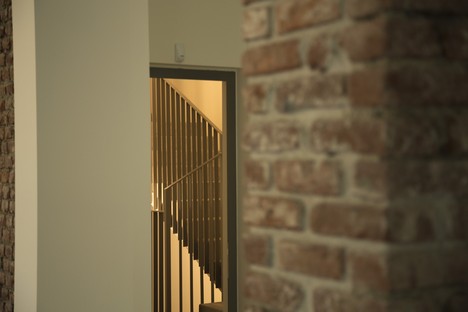 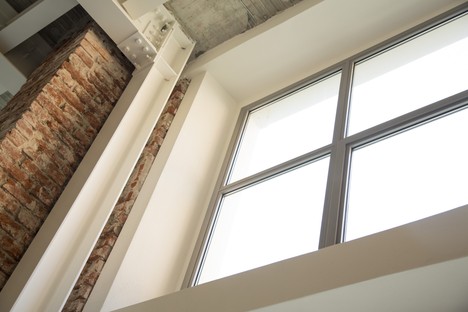 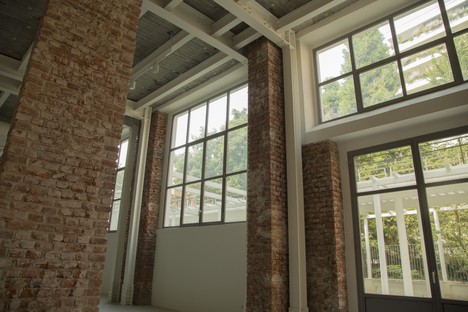 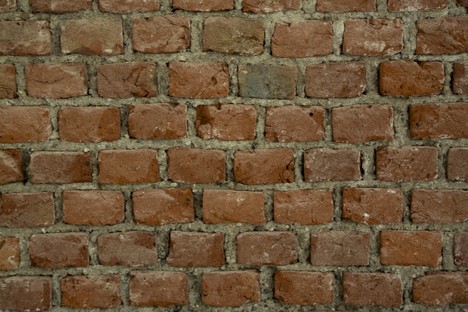 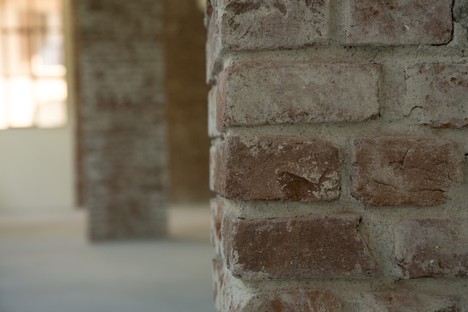 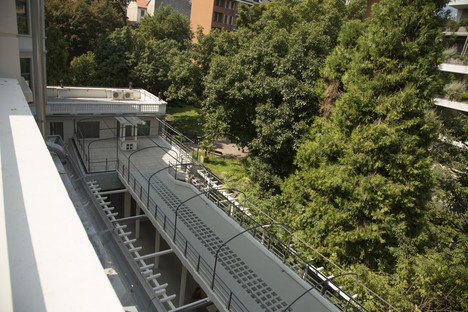 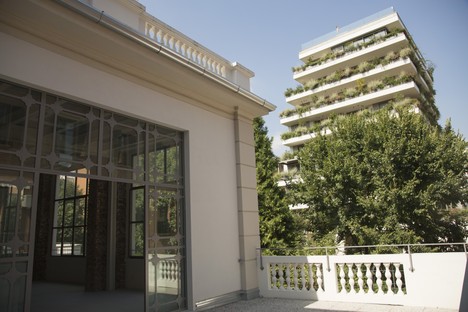 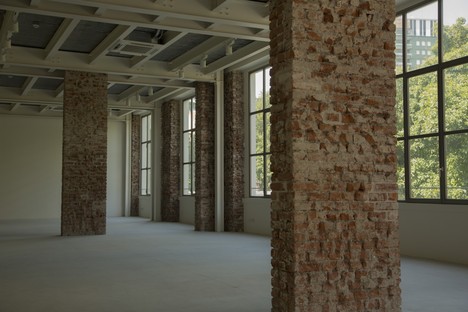 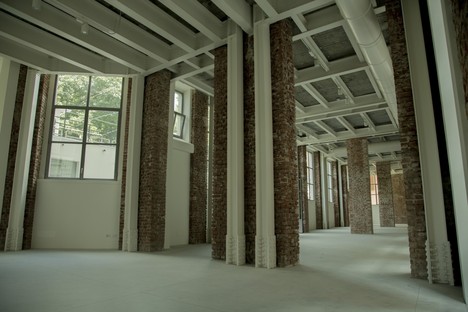 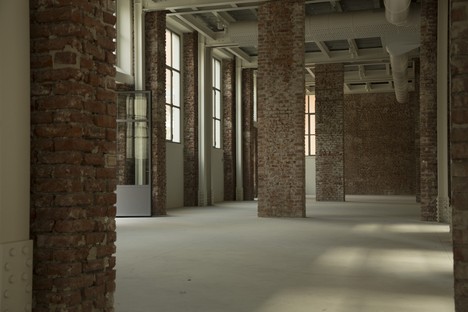