spbr arquitectos’s weekend home in San Paolo addresses the theme of the home, creating a privileged residence representing an improvement on the type of home most common in the city. First of all, the home designed by spbr is located in one of San Paolo’s most central, well cared-for districts, on a lot near Rio Pinheiros and Avenida Faria Lima, one of the city’s most important traffic arteries. 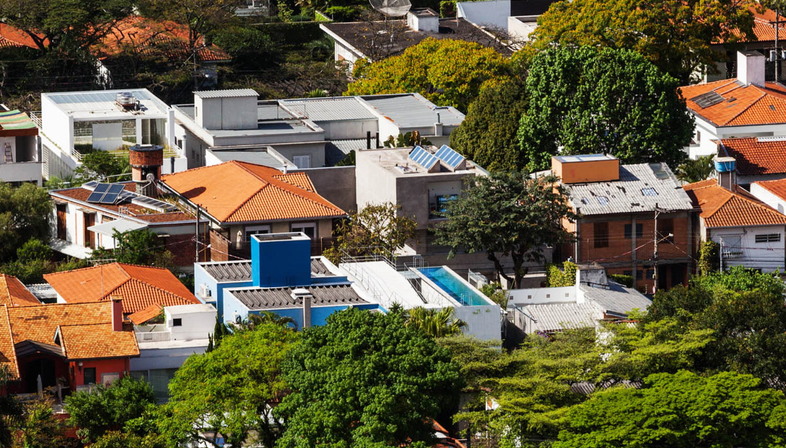 Residential buildings in this area are not very tall (an average of 6 metres), but land use is intensive, and there is no space between one building and another.
The confines of homes in San Paolo often extend as far as the boundaries of the lot on which they are built: a sort of defence mechanism protecting against an “invasive” context, which contributes a great wealth of internal compositional solutions.
This is also the case of the weekend home designed by spbr, which touches the edges of the lot on all four sides, and is then lightened up, freed of unnecessary parts hindering the layout of the living space.
The criterion of streamlining form and giving it shape is a response to a specific request on the part of the clients, a request to build a home they would be happy to stay in on weekends, when the city of San Paolo empties out as everyone goes to the beach, only an hour’s drive away. In a city of 20 million people, this habit makes commuter traffic a real nightmare at the weekend. Hoping to change their lifestyle and habits, the clients wanted the house to serve as a form of mediation; to fit into the urban fabric of San Paolo, with its narrow lanes and relationship with its surroundings, while at the same time offering all the features associated with a holiday home outside the city, such as plenty of space for social life, a relationship with nature, and the potential for practicing sports.
The layout is organised on the basis of a rectangular floor plan, the same shape as the lot, on three levels, with a functional layout dictated by the idea of overturning priorities. As the house is literally set between the two buildings to either side of it, which are built as tall as possible under local building regulations, the most important requirement, common among all the wealthy of San Paolo, is a swimming pool and solarium, which have in this project been placed on the highest level. The pool is a separate block, divided from the rest of the home by a slender open metal staircase, while the solarium covers over the long, narrow volume of the apartment itself, containing the more private areas in the home at the back, with the custodian’s suite on the side facing the road. This, the intermediate level, is a massive concrete structure supported on two thick columns which nonetheless seems to float over the luxuriant garden at ground level.
Here, the layout interweaves built areas serving to receive and entertain guests (the kitchen and a destructured living area) with luxuriant, wild greenery and little bodies of water, including a waterfall, all in the Brazilian Modernist tradition, in which architecture and nature, concrete, wood and glass come together to create the unique look which has become classic in Brazil. 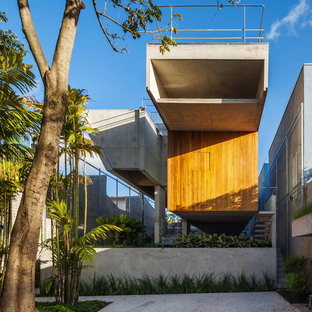 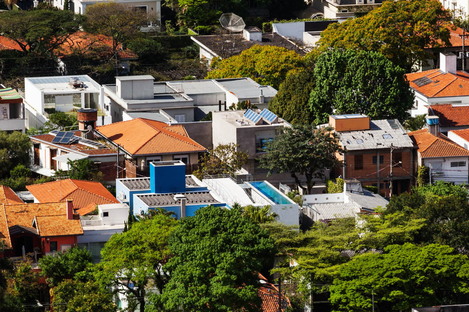 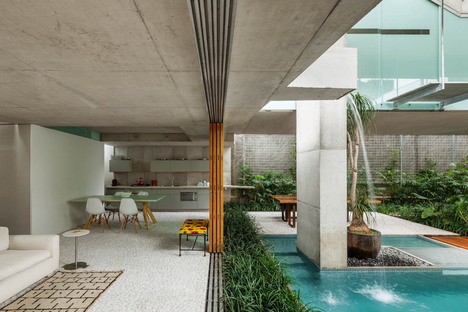 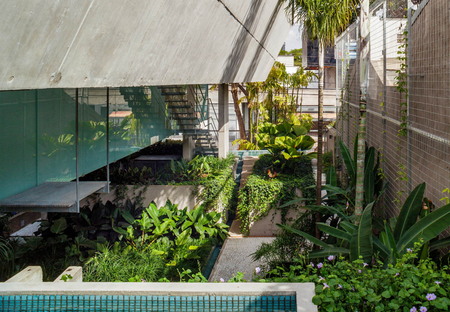 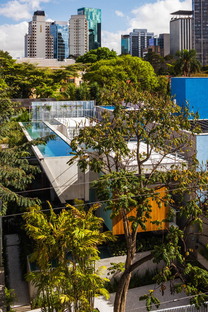 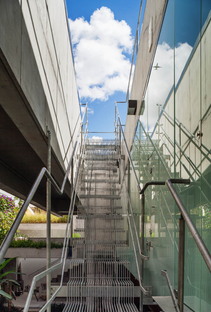 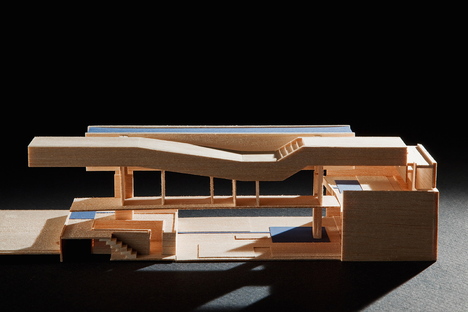 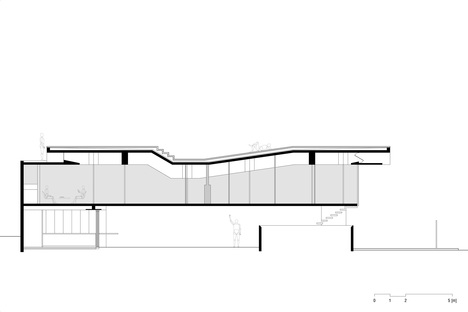 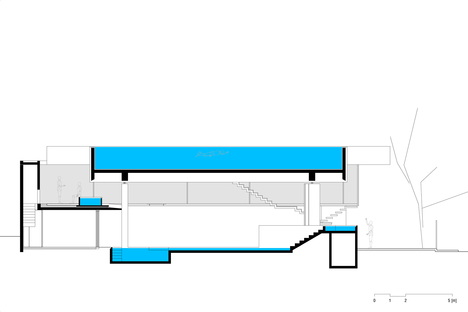 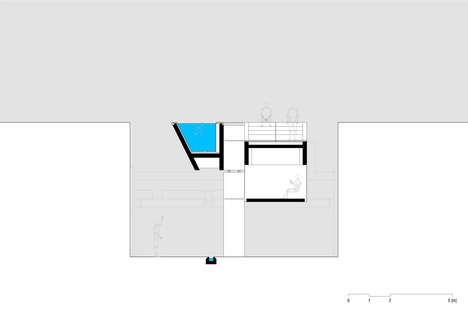