Architects Gianluca Puccio and Andrea Collodoro, founders of the Pucciocollodoro Architetti firm, completed the interior design project for a holiday home obtained from the full reconversion and renovation of the former Hotel Ponte, in Palermo. A project characterised by beauty and resistance. 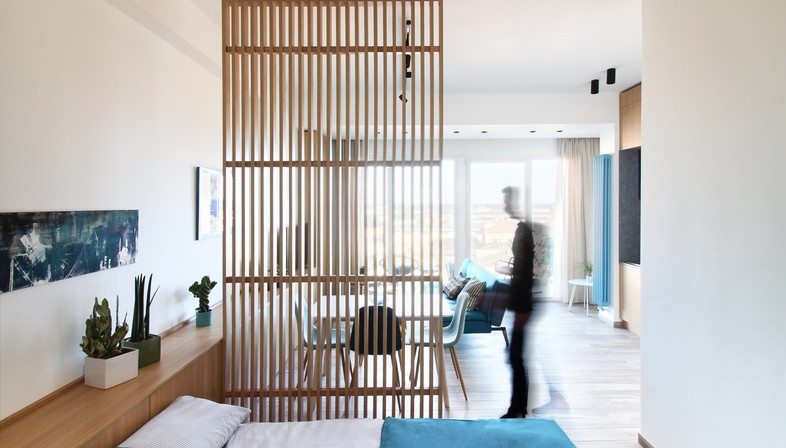 In the heart of Palermo and in a panoramic location with impressive views of the Gulf of Palermo, the building of the former Hotel Ponte, well known in the city for its enviable position overlooking the sea, underwent a total and radical reconversion and renovation. The hotel’s public spaces now house residences, accommodation facilities and business activities. In this context, the Pucciocollodoro Architetti studio, founded by architects Gianluca Puccio and Andrea Collodoro, was asked to oversee the interior design project of the accommodation facility known as the “Sea View Apartments”. This was the beginning of a story characterised by resistance and a quest for beauty, without forgetting the small things or, rather, starting from the small things that fill our everyday life. Indeed, it is from those aspects that, project after project and step by step, great changes, those that are shared and universal ones, are come to life.
A story of resistance because, as the architects themselves affirmed, after training abroad and in Northern Italy, they decided to return to their birthplace. “Beautiful but cursed”, Sicily is one of the Italian regions with the highest migration rate for young graduates. In contrast to what appears to be the fate of many professionals, especially those who choose to study outside Italy, architects Gianluca Puccio and Andrea Collodoro pursue their dream of being professionals in their birthplace and to contribute to its change, project after project. 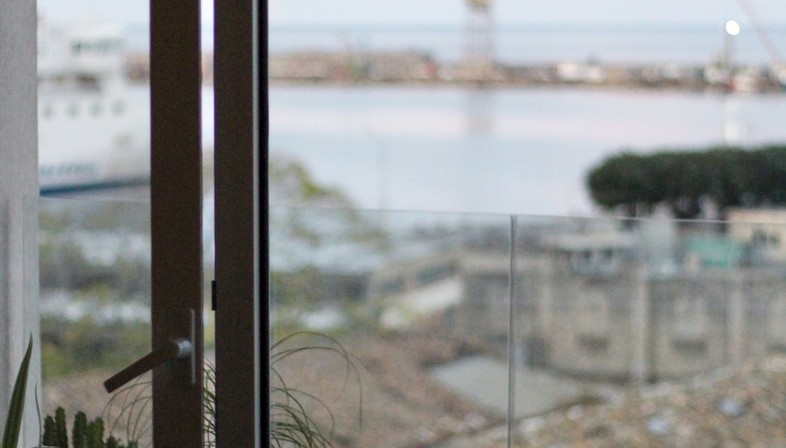 Colour, minimalism and brightness are the three key concepts characterising the “Sea View Apartments” project. Fulfilling the client's request, the architects created a holiday home consisting of three mini-apartments of different sizes, their style characterised by essential and minimal lines, where colours become an important and distinctive element. The apartments are independent and all organised following the same scheme: a sleeping area with a bathroom and a dining room with a kitchen. The custom-designed furnishings and the design solutions adopted create a coordinated style for the three apartments. This particular aspect creates a common thread between the apartments, while at the same time allowing each individual apartment to maintain its own distinct identity, thanks to the use of colours and accessories. For example, the kitchen cabinetry, which is custom designed and built as a modular system, features oak doors and wall units in the same colour that characterises the apartment in which it was inserted.
Architects managed to transform the constraints and characteristics of the existing building into advantages for the new project. This is the case of the completely glazed wall facing the seafront. From a limiting element, it is now an added value for the entire project, thanks to the distribution of spaces and the compositional choices. Thanks to few and studied elements, a careful arrangement of the furnishings and curtains, the architects transformed this simple window into a large living picture focused on the beautiful panoramic view of the Gulf of Palermo. Two of the mini-apartments enjoy this important and catalysing view, which in turn is complemented by the choice of materials and details enhanced by natural light, as well as furnishings and accessories in shades of yellow for the smaller-sized apartment, and in shades of blue for the bigger one. Green is the colour chosen for the third mini-apartment, the only one facing the garden and the inside of the lot. 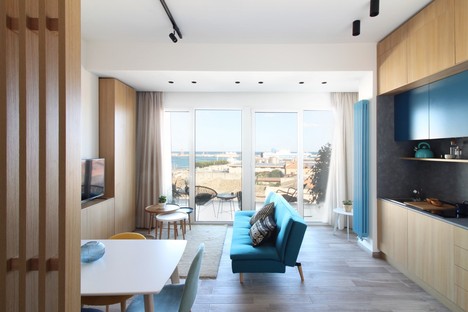 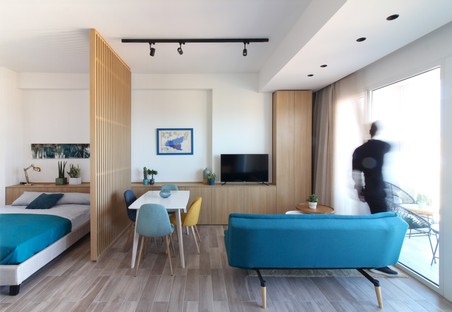 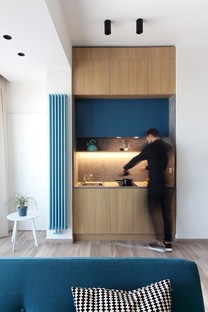 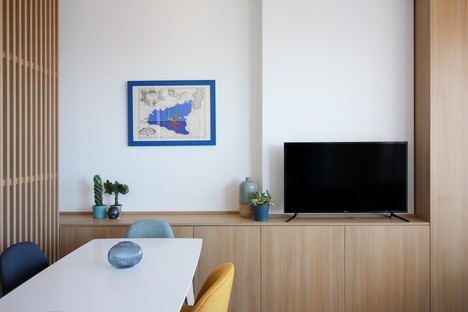 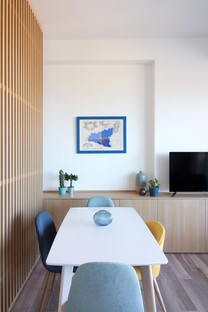 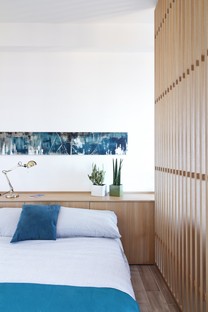 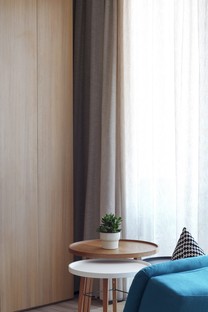 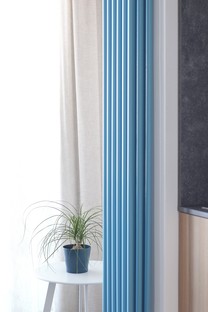 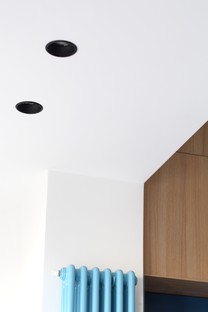 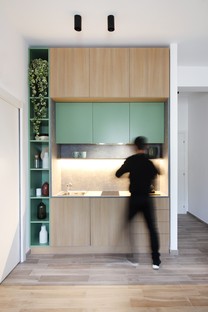 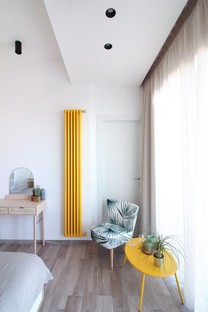 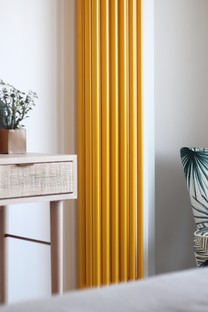 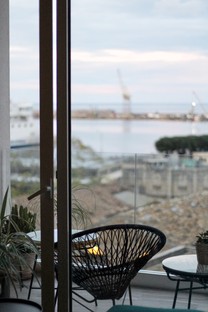 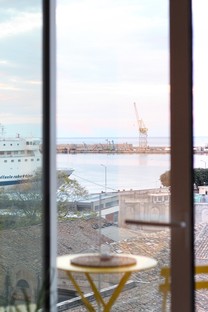 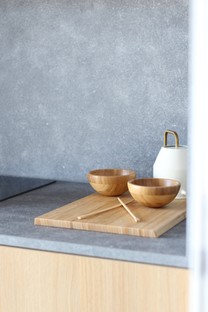