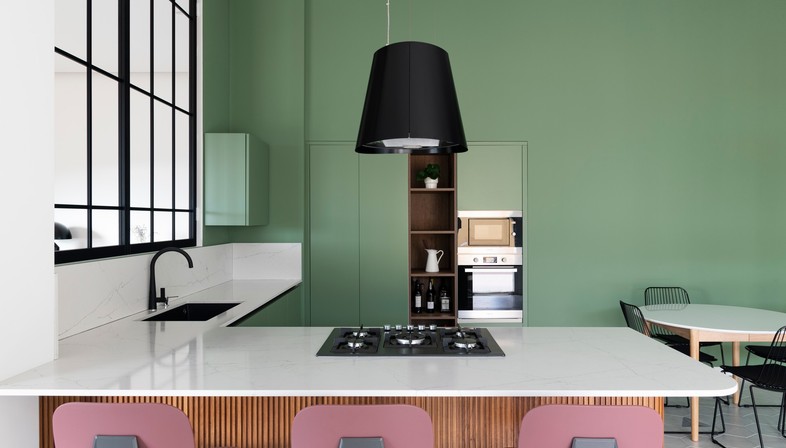 In Gela, on the southern coast of Sicily, the PuccioCollodoro Architetti studio has created the interior design project for a penthouse, Casa Mura. Inserted in a newly constructed building, the apartment is characterised by openings on all four sides and boasts an optimal position to enjoy beautiful views of the gulf, as well as of the archaeological site that provides evidence of the city's important past as a Greek colony. Ancient Gela was in fact founded by settlers from Rhodes and Crete in 689 BC and permanently destroyed in 282 BC.
The name of the project, "Casa Mura", was chosen precisely in homage to the ancient history of Gela and is tied to the nearby "Mura Timoleotee" Archaeological Site

Casa Mura is the residence of a young couple and, satisfying the clients' request, the architects have created a home that reflects their enthusiasm and the joy of living in a contemporary setting with pop accents.
With minor changes in the original floor plan, demolitions and reconstructions of partition walls, as well as the inclusion of some distinctive furnishing elements, the designers have created an architectural composition that enhances the different spaces and that uses natural light and the different panoramic views, which can be enjoyed from every side of the house, as architectural materials.

The legibility and apparent simplicity of Casa Mura's interior design is the result of a careful study of every detail, together with the designers' ability to even transform challenges into added value for the project. As is the case, for example, of the openings on all four sides of the building. The study of the sun's trajectory and the different panoramic views that the apartment enjoys in fact allowed the architects to play with light, enhancing the different materials and surfaces and going as far as transforming some of the openings into paintings that become part of the interior design. Another distinctive element is the different inclinations and variable heights of the roof that led to the use of a false ceiling, a solution that allowed the architects to manage the service systems and expand the height perception of the space. The pop accents characterising the interior stem from the designers' desire to combine the minimal character that distinguishes the various spaces with the use of colour. In particular, the colour palette chosen is based on sage green shades for the living area and powder pink for the sleeping area. 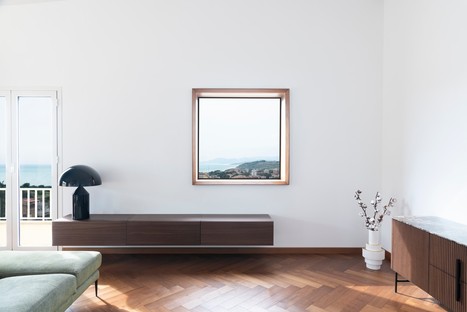 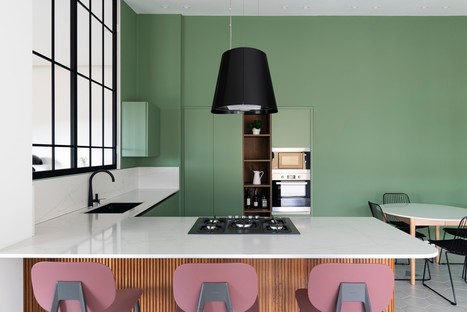 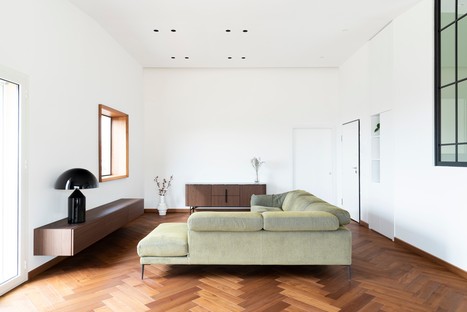 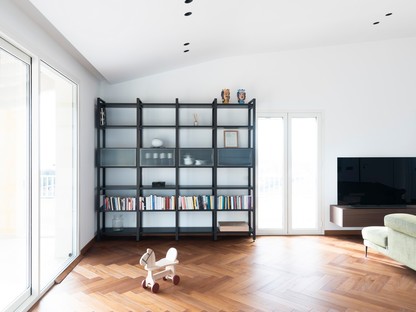 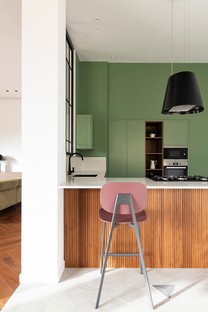 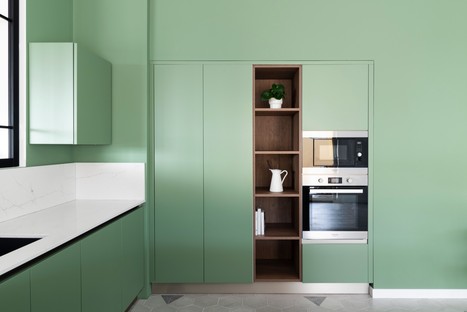 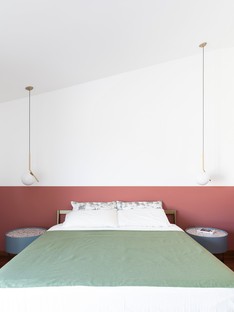 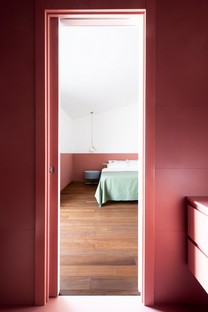 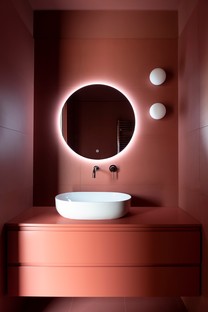 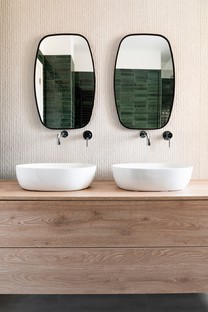 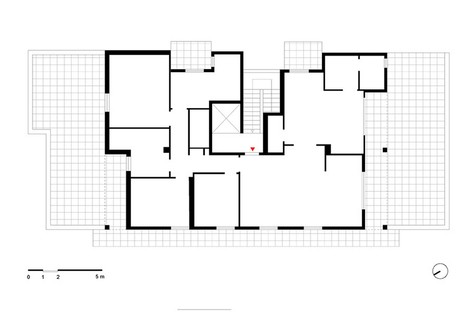 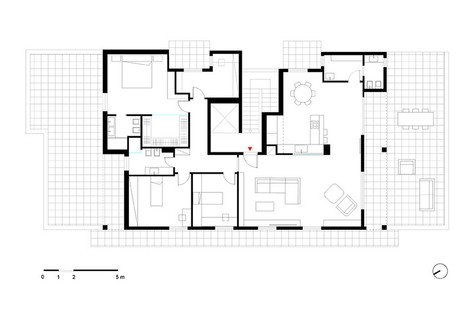