An old workshop in the historical center of Palermo has been refurbished and converted into an American fast food restaurant. This project, by Puccio Collodoro Architetti, stands out for its “minimal pop” approach combining clear-cut geometric shapes and bright colors, which give this small restaurant a distinct character amidst the bustling nightlife of Palermo. 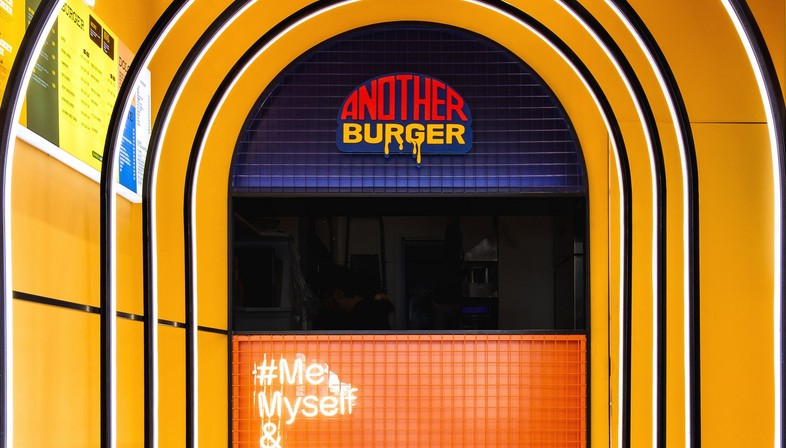 “Another Burger” is the latest interior design project by the architecture firm Puccio Collodoro Architetti. This small fast food restaurant is located in the historical center of Palermo, on one of its main streets popular for nightlife.
The architects refurbished an old workshop of barely 30 square meters by adopting several design strategies. The aim was to create optical effects that would visually enlarge the existing space and to turn this small fast food restaurant into a popular dining spot, which could be easily spotted by customers in this busy shopping street. Through meticulous planning, leaving absolutely nothing to chance, the architects were able to achieve all the goals they had set for themselves. The outcome is a project which, in a nutshell, can be described using four key words that the design architects came up with themselves: geometric, pop, colorful and eye-catching.

In fact, this new space is aesthetically appealing and, with its vibrant colors, attracts the attention of passers-by, tempting them to enter and find out what the burger restaurant has to offer. The sales counter is opposite the entrance, but can be reached by walking along a path bordered by a series of arches, creating a false perspective. This optical illusion was inspired by the one designed by Francesco Borromini for the Galleria Spada in Rome, when renovating the Palazzo Spada building. In fact, the arches of the fast food restaurant get smaller and smaller as you go along and are laid out according to a single central vanishing point. The herringbone pattern on the flooring, with alternating black and white stripes – but only in the optical hallway created by the arches – helps to create a dynamic effect and gives customers the feeling that they are travelling through a space that is larger than it actually is. In addition, the perspective illusion created by the architects draws attention to the counter and the dishes on offer, and is enhanced by the bright yellow box in which it is built. This bright shade of yellow covers the entire floor, walls and ceiling of the restaurant, thus creating a box effect that encompasses the perspective effect. In this “minimal pop” space – to use a term coined by the firm's founders, the architects Gianluca Puccio and Andrea Collodoro – a number of graphic compositions with neon and LED lights conjure up the atmosphere of 1960s American fast food restaurants in the minds of customers, embellishing the whole setting and directing their attention to the food on offer and to the menus. 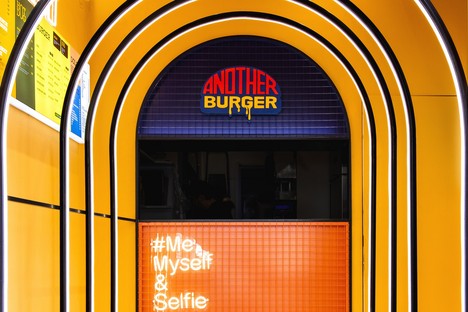 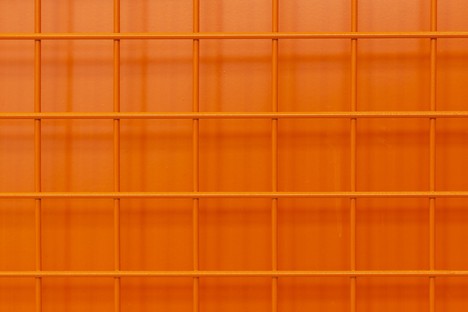 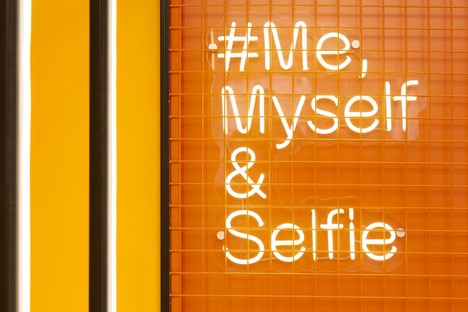 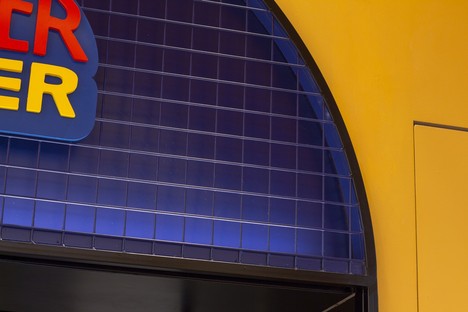 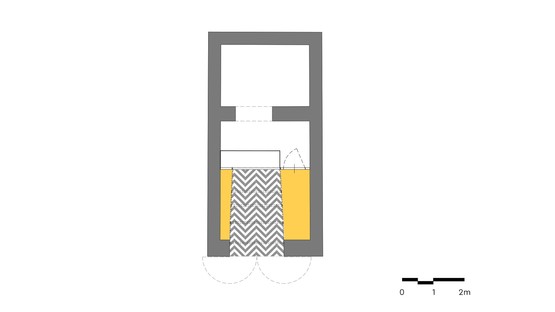 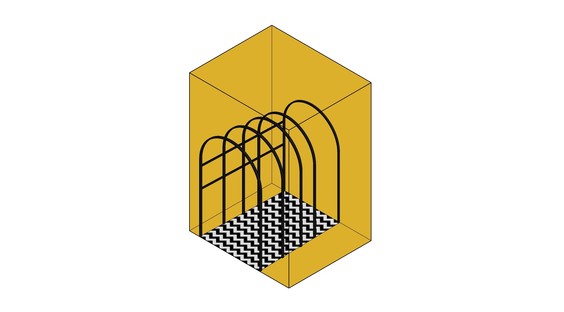