The Jaroslava Fragnera Gallery in Prague presents an exhibition dedicated to religious architecture: Sacral Space. The exhibition looks mainly at chapels, from different areas of Europe, where architecture has shaped spirituality, capturing in some cases the ‘genius loci’ of the landscape. 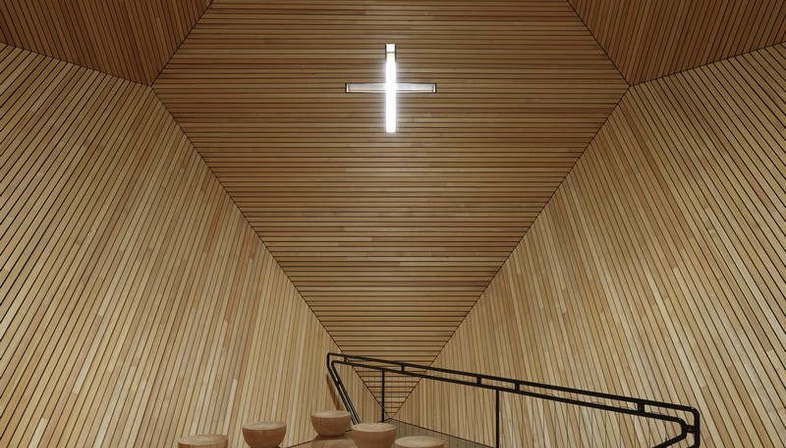 Thirty examples of religious architecture including chapels, churches and small sacred buildings will be on display until February 7 at the Jaroslava Fragnera Gallery, Prague. These spaces have been created in various parts of the world and designed by international architecture firms such as Mario Botta, Peter Zumthor, Fernando Menis, and other European firms for the Czech Republic: Kuba&Pilař architekti, Kamil Mrva Architects, for Austria: Cukrowicz Nachbaur architekten, Ao-architekten, Marte.Marte Architects; for Switzerland Localarchitecture & Danilo Mondada; for France: Sacher Locicero Architects, for Portugal: Pedro Mauricio Borges and for Finland Sanaksenaho Architects.

The curators Jakub Fišer, Dan Merta and Filip Šenk have chosen projects that are inconspicuous from the outside, but where the spiritual dimension is revealed in the internal space and in the building’s relationship with the landscape, which becomes an object of contemplation.
The chapels in the exhibition have been chosen from various parts of the world, but primarily in Europe, from the coast to the mountains, but they all share common characteristics. Built using measured, minimal architectural elements and materials, these architectural structures have been reduced to their very essence, and should not be mistaken for poor environments but reduced to their very essence. The light, even natural light, is carefully planned with apertures and slits in the structure to enhance the spiritual dimension of the architecture. In some cases, an admirable blend is achieved between architecture and the ‘genius loci’ of the landscape, which through the apertures, becomes an object of contemplation or a setting for religious rites. 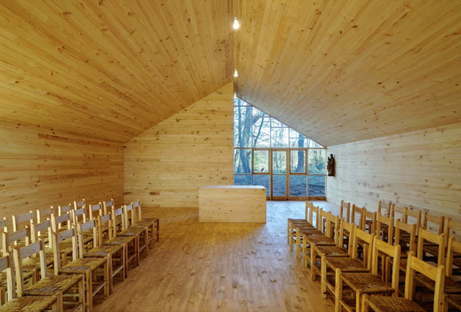 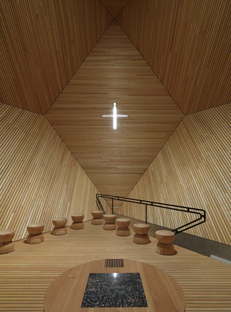 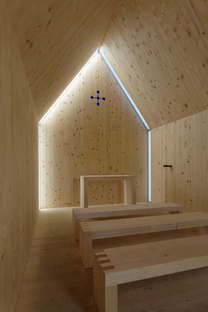 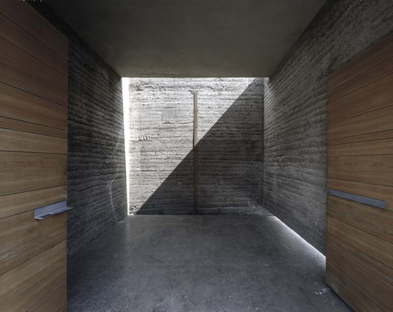 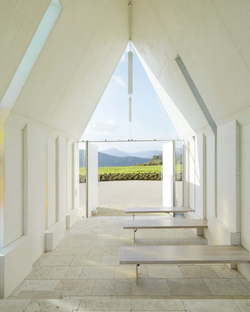 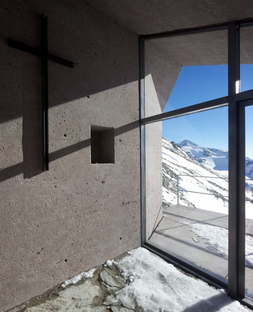 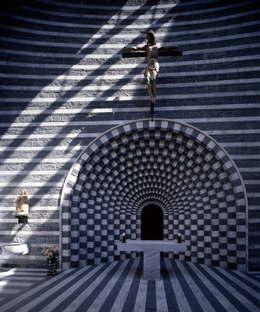 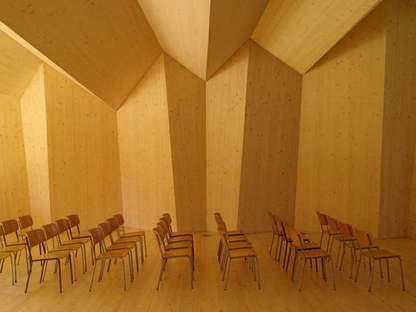 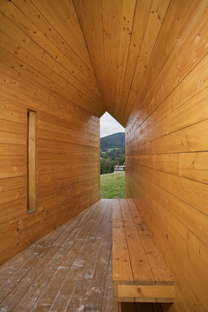 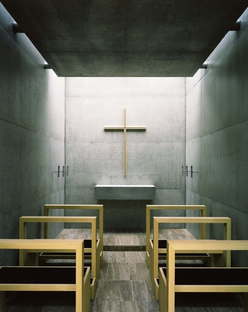 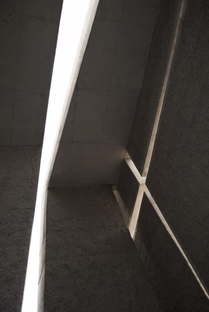 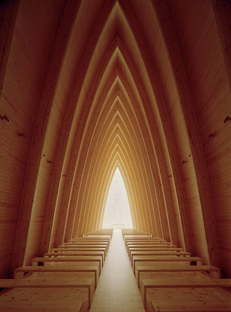 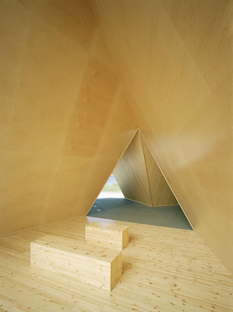 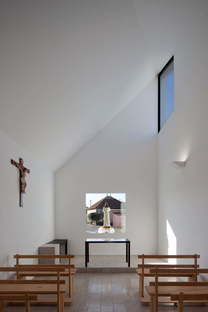 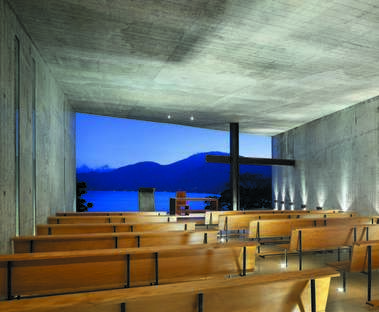