After “NORWAY Architecture, Infrastructure, Landscape - With photographs by Ken Schluchtmann” at SpazioFMG, we go back to Norway’s National Tourist Routes once again to note that the tourist facility designed by Peter Zumthor in Allmannajuvet on the Ryfylke National Tourist Route was inaugurated on September 8. 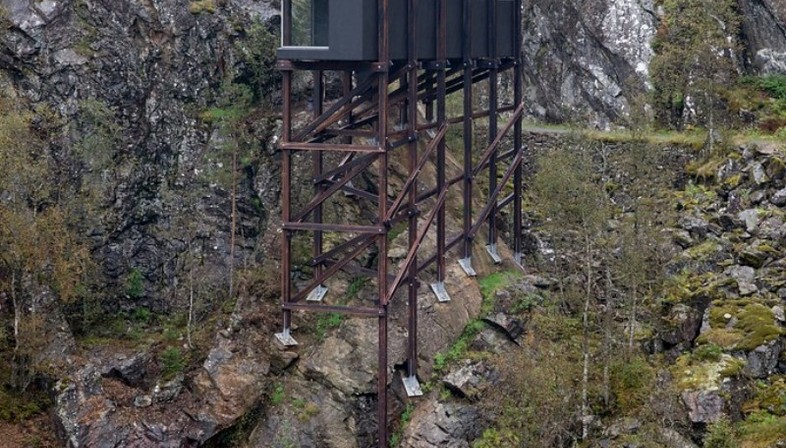 The exhibition “NORWAY Architecture, Infrastructure, Landscape" at SpazioFMGperl'Architettura offered an opportunity to admire a number of architectural constructions in Norway’s famous National Tourist Routes in photographs by Ken Schluchtmann. 2009 Pritzker Prize winner architect Peter Zumthor has designed a new point of interest in Allmannajuvet, on the Ryfylke National Tourist Route, which opened on September 8.

Famous for its zinc mines, in operation until the start of the 20th century, Allmannajuvet is now a tourist attraction, and the former mining area is a protected heritage site. A number of tunnels in the mine will soon be open for guided tours.
The tourist facility designed by Zumthor consists of a number of separate little buildings for different functions: a museum, a coffee shop, toilets, pathways and stairways linking the buildings to one another and to the parking lot. The project was complicated by the location and cultural wealth of the site, so that it took a long time to build: work has been underway since 2009. The history of the places and the miners’ work inspired Peter Zumthor. The materials used, particularly stone and wood, and a return to a traditional building technique used in an unconventional way with a strong>special focus on details make these little buildings truly unique and ensure that they fit perfectly into the natural landscape.

Peter Zumthor had already worked on a project for Norway’s National Tourism Routes, working with artist Louise Bourgeois on the Steilneset Memorial in Vardø, on the Varanger National Tourist Route. 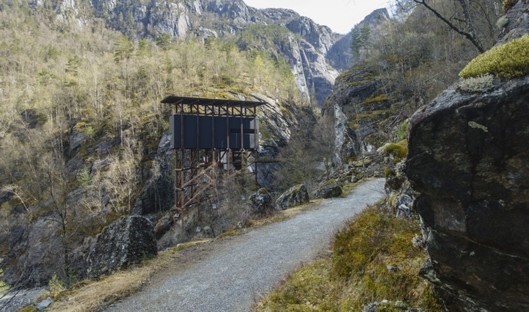 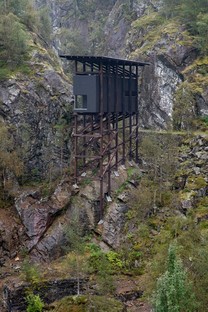 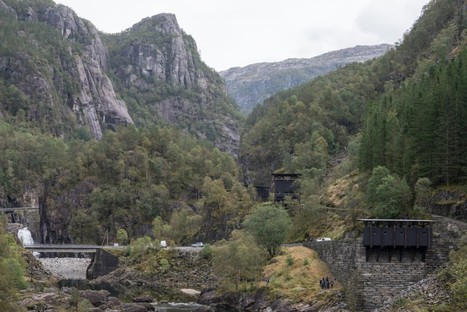 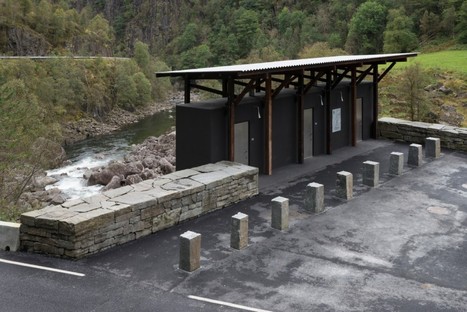 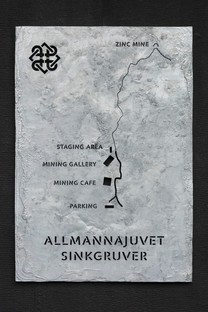 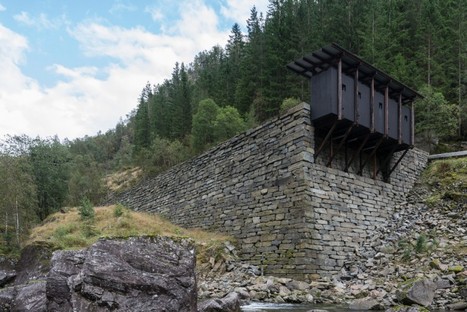 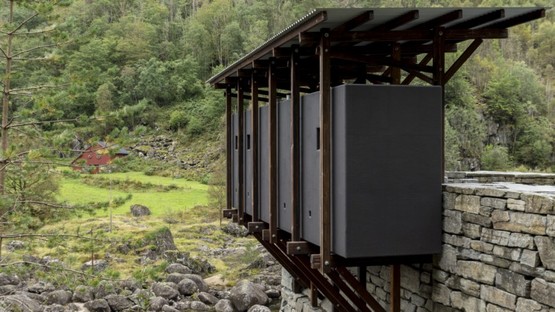 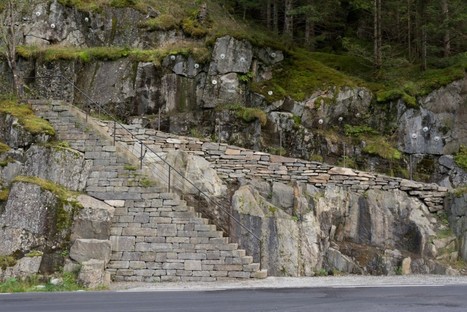 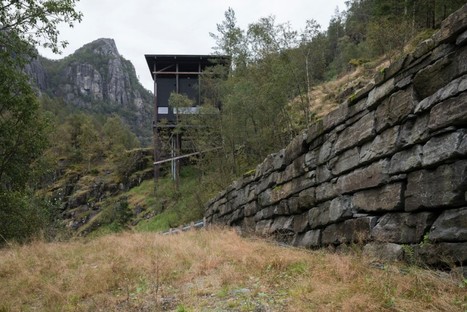 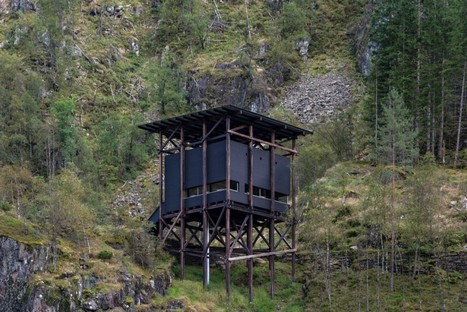 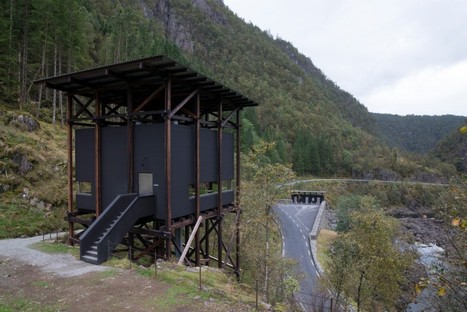 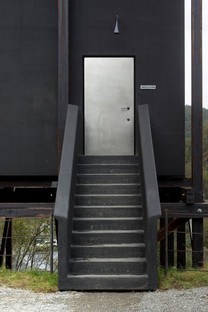 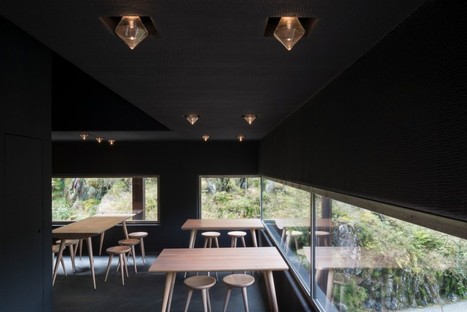 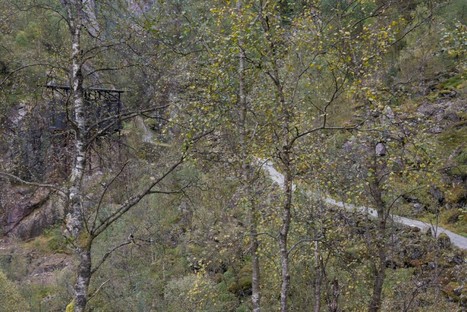 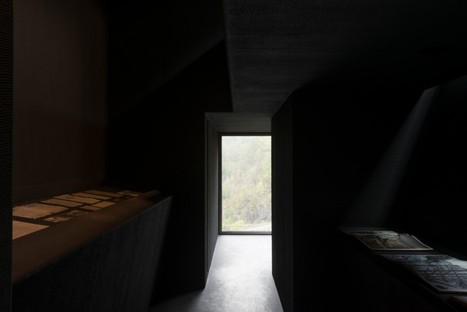 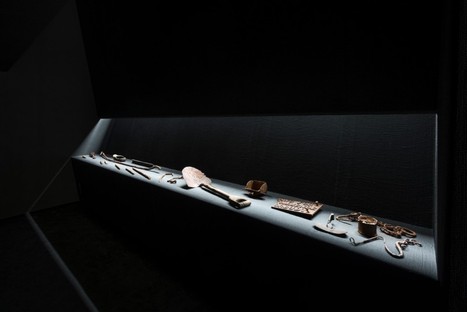 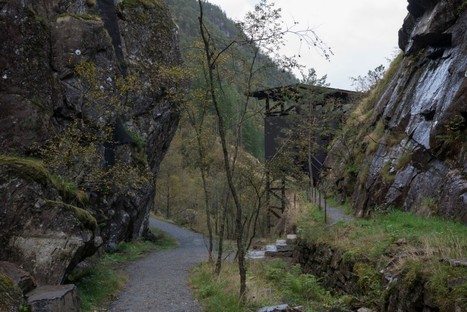 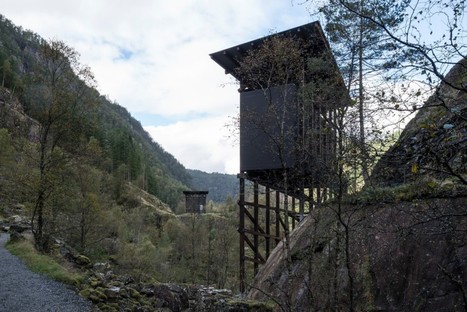 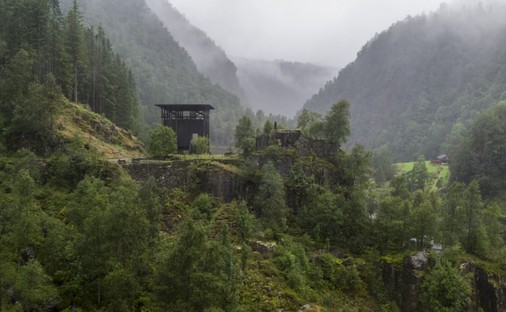