We Play, You Play, SpazioFMGperl'Architettura has involved old and young in a group game for the first solo exhibition in Italy dedicated to Columbian architect Giancarlo Mazzanti and his studio El Equipo Mazzanti. 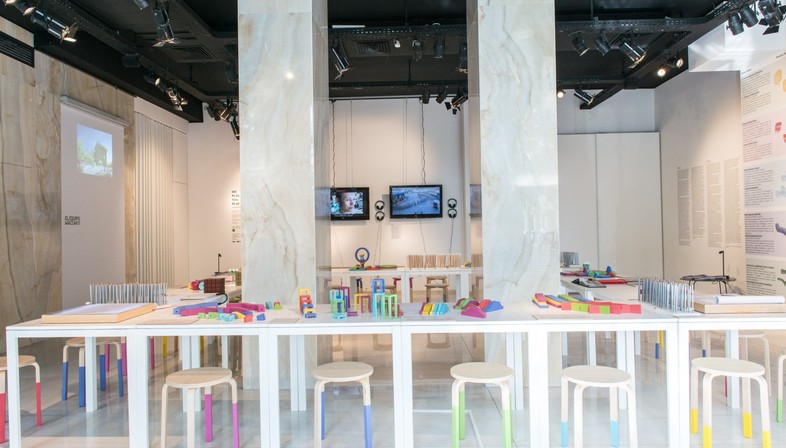 SpazioFMGperl'Architettura the exhibition space of Iris Ceramica and FMG Fabbrica Marmi e Graniti, has transformed into an active workshop for theWe play, you play exhibition, the first Italian solo exhibition dedicated to the architecture of Columbian Giancarlo Mazzanti and his studio El Equipo Mazzanti. 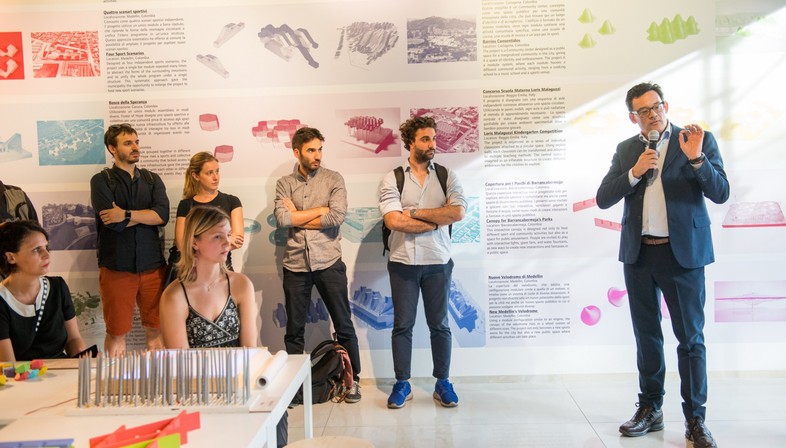 Inaugurated for Milano ArchWeek, the exhibition will continue until 29th September 2017. The invitation to everybody is to play and share photos of their “experiments” with the official hashtag #weplaymilanoplays, as visitors did at the opening on 16th June. SpazioFMG with We play, you play has transformed from an exhibition space into a place where one can think about and produce architecture. It is part of a type of research, as Luca Molinari co-curator of the exhibition recounts, which is rooted in the designs for public spaces in Amsterdam of Aldo van Eyck, and even earlier in concrete art and sociological experiences of children in cities.
The work of architect Giancarlo Mazzanti and his studio in Medellin, is a practical demonstration of the regenerating power of intervention on a micro-scale in difficult contexts in metropolitan areas with a low budget, but where an active role is played by inhabitants, where architecture becomes a pleasant, shared experience. 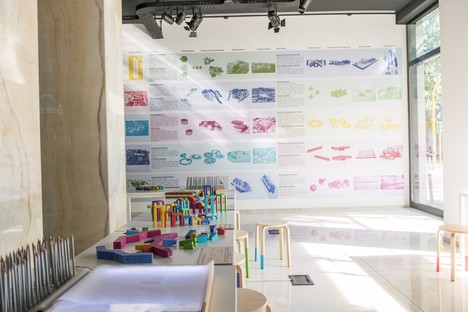 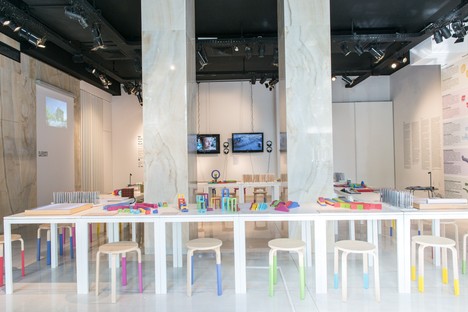 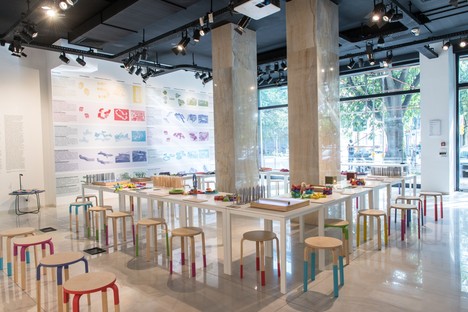 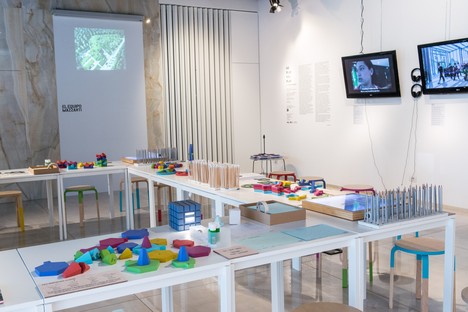 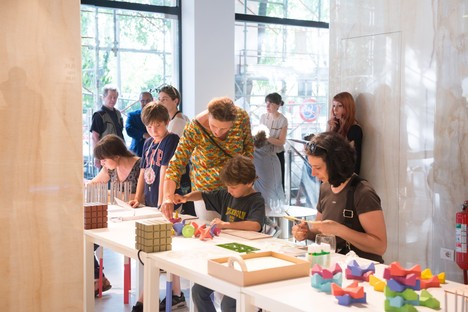 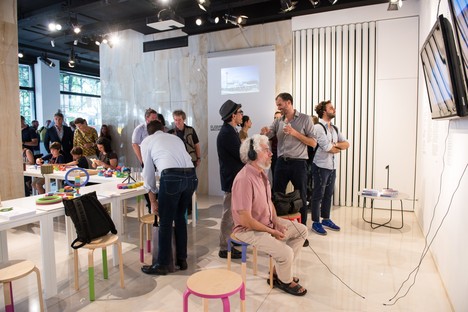 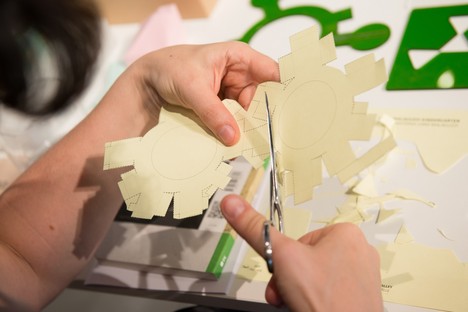 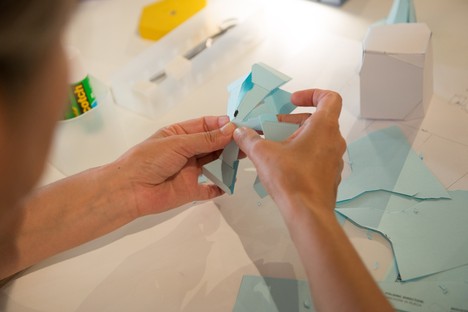 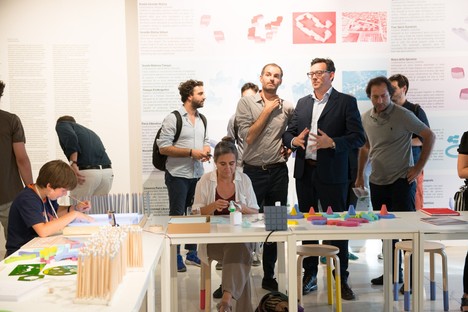 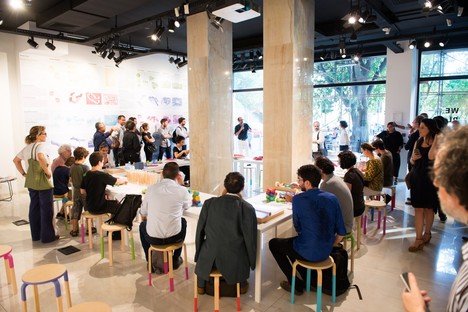 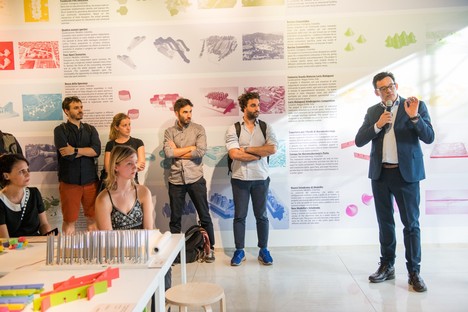 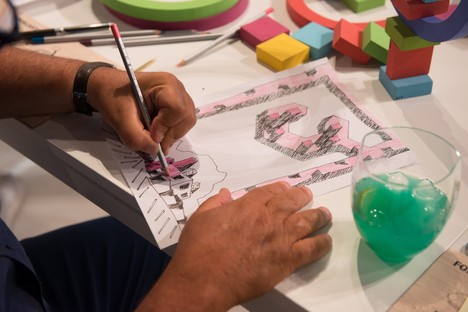 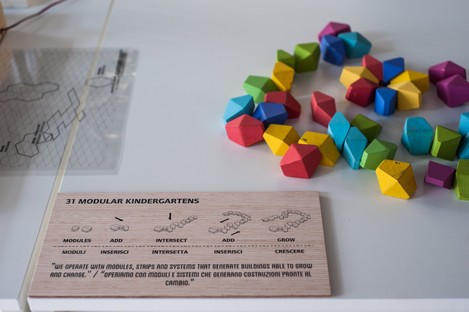 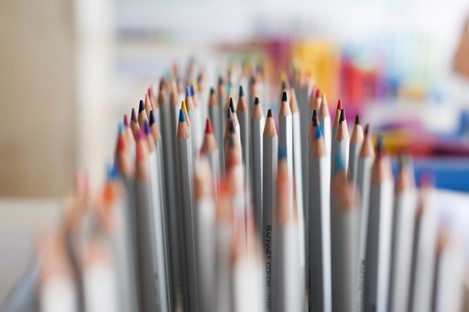 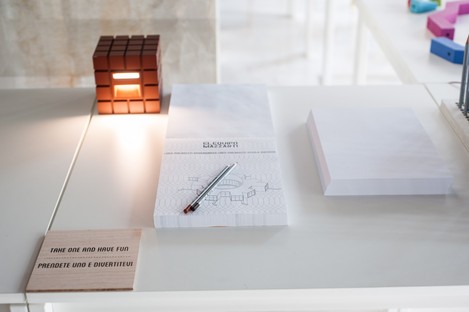 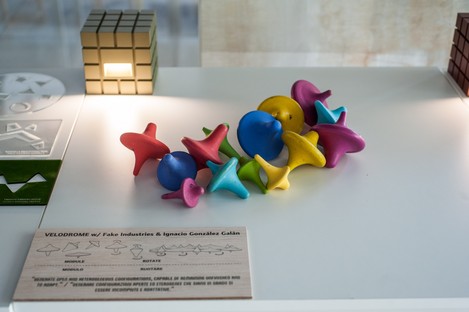 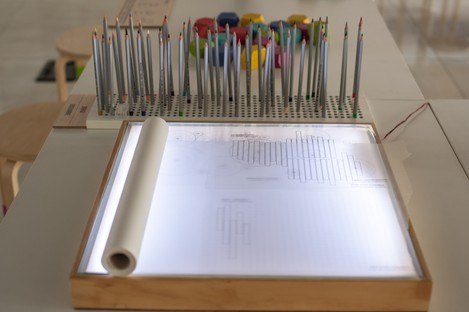 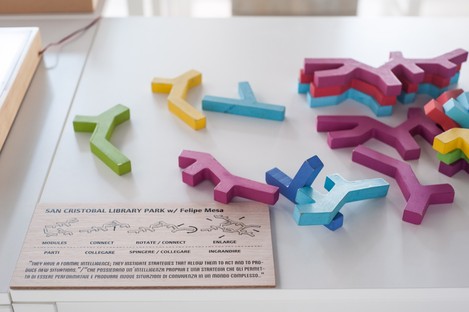 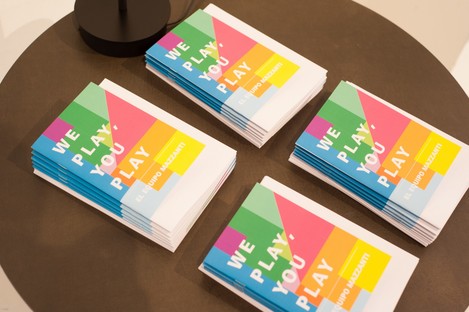 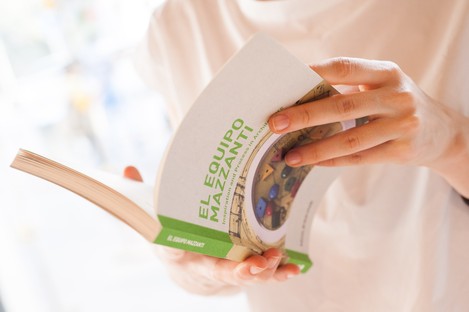