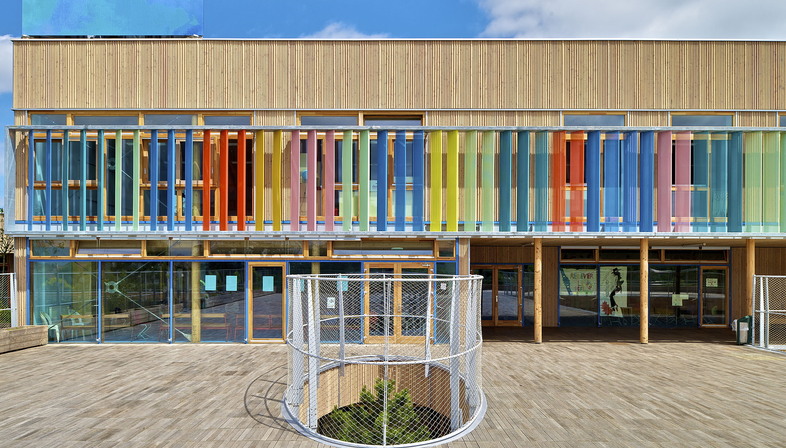 In the context of a project for redevelopment of the city centre around the town hall, referred to as “Temps durables”, the French town of Limeil-Brévannes in the region of Île-de-France, on the outskirts of Paris, commissioned a big school campus designed by r2k architectes. Groupe scolaire Pasteur contains five different schools with a total of 50 classrooms, a cafeteria and a library. The choice of prefabricated timber as the building material allowed Véronique Klimine and Olavi Koponen of r2k architectes to construct the school in very little time. The project’s primary goal was to ensure that a series of different buildings with different functions would share a single design concept.
The Pasteur district had a school with 33 classrooms, prefabricated buildings housing a number of different associations which made poor use of the land in an extension built onto the historic town centre. In order to revitalise the city centre, the Groupe scolaire Pasteur has been transformed into a strategic centre offering cultural services in addition to the commercial and residential services that have developed in the area over the years.
The north-south extension of the lot has a four-metre difference in level, which the architects exploited to structure the layout and connect the town hall with a new square in the neighbourhood. With patios on the first level overlooking five inner courtyards, the building reaches the level of the public space to the south, becoming almost a part of it and establishing visual continuity so that people do not feel they are on a higher level, but on the same level as the land around them. The five patios have important spatial and symbolic value for the campus: they each represent one of the five schools combined in the Pasteur campus, and their round shape creates a sense of protection and community spirit. Their horizontal layout and the presence of large glass surfaces underline the importance of the building’s relationship with the landscape and the space around it in primary education and the impact of daylight on the pupils’ wellbeing and ability to learn. Visually connected spaces make the layout easy to interpret: there are multiple perspectives, from inside out and from inside in.
A tower with a painting by Finnish artist Lauri Ahlgrén declares the Pasteur campus’s goal of becoming a local landmark, involving the population in its activities and acting as a key point in the centre of Limeil-Brévannes. Lauri Ahlgrén’s colours also appear in the steel sunbreaks on the eastern, western and southern walls.
Larch wood is not used simply to cover the building with boards, but as a mouldable material, creating wavy profiles of different sizes which can be juxtaposed to create light-sensitive surfaces that can be transformed and imitate bamboo poles, taking on a life of their own. A precious detail in building with wood which makes the hand of Olavi Koponen clearly recognisable, as in the circular house in Vartiokylä or the spiral-shaped house in Espoo. 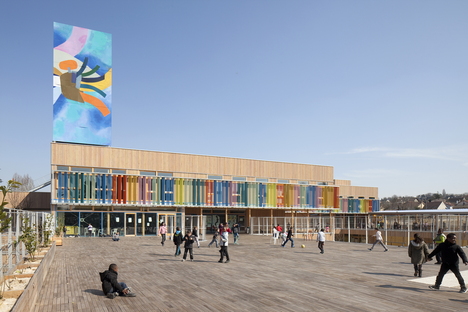 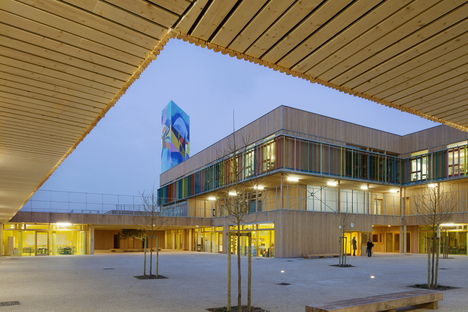 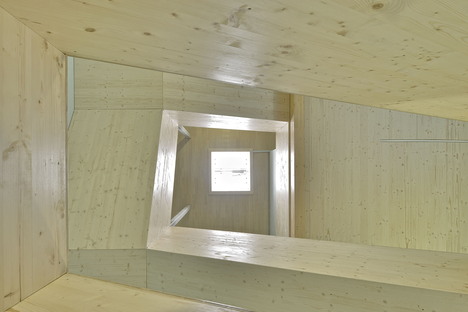 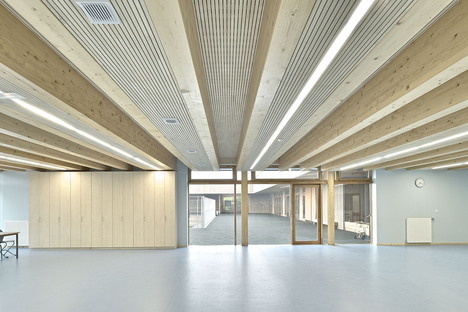 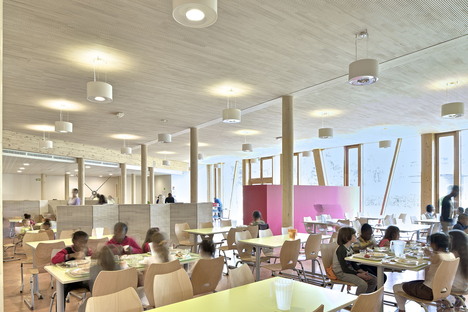 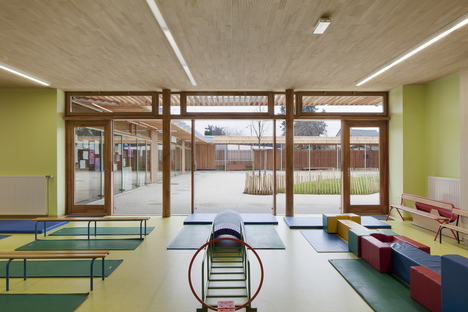 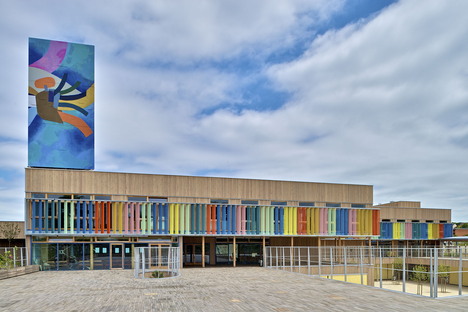 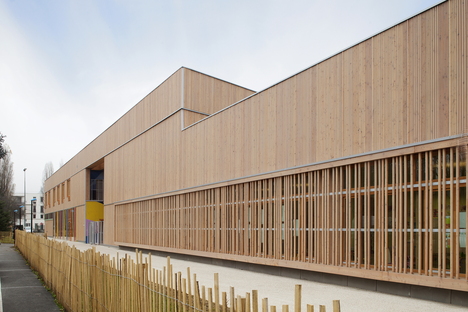 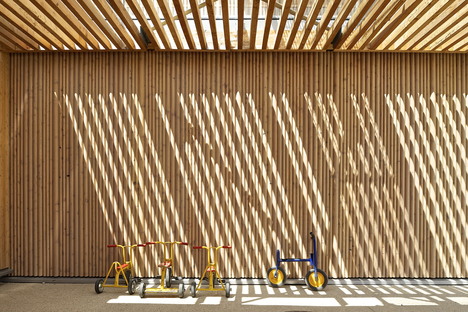 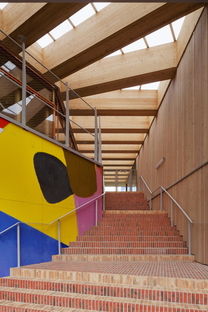 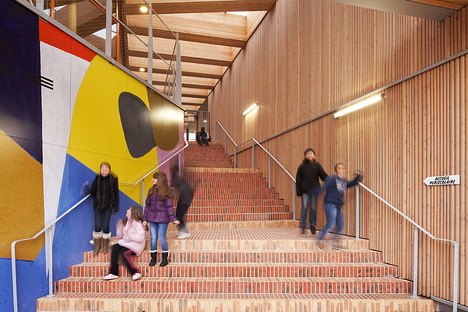 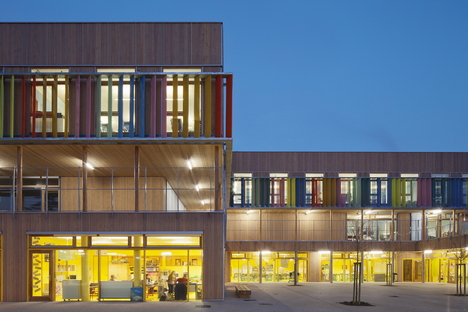 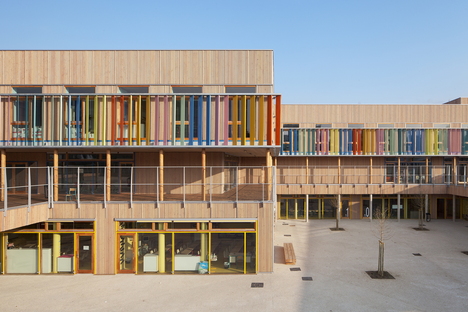 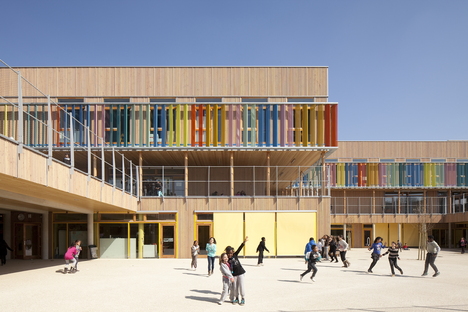 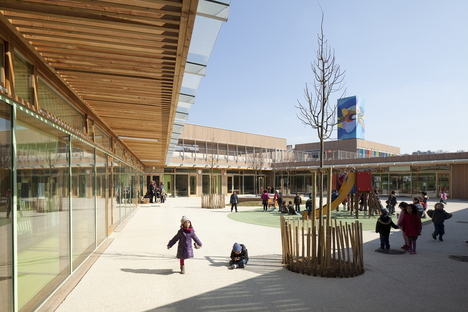 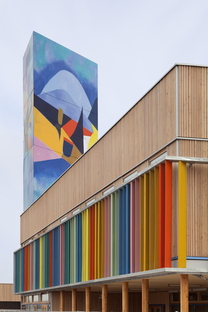 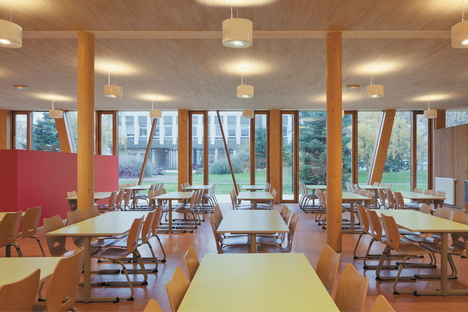 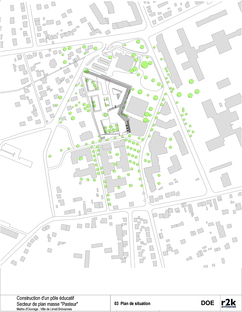 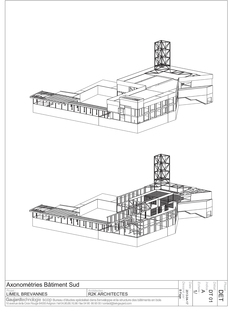 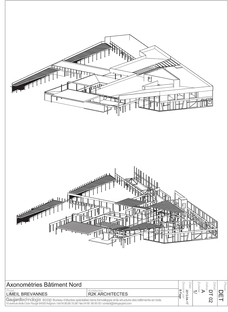