HOLT, a project by architectural practices Powerhouse Company, Houben/Van Mierlo, and Vector-i with landscape design studio DELVA, has won the competition to build a new green, healthy neighbourhood in Groningen. The project involves construction of new residential buildings, offices and other public spaces, including a new park. The 320 residences will be built with an urban density permitting an inclusive relationship with nature. 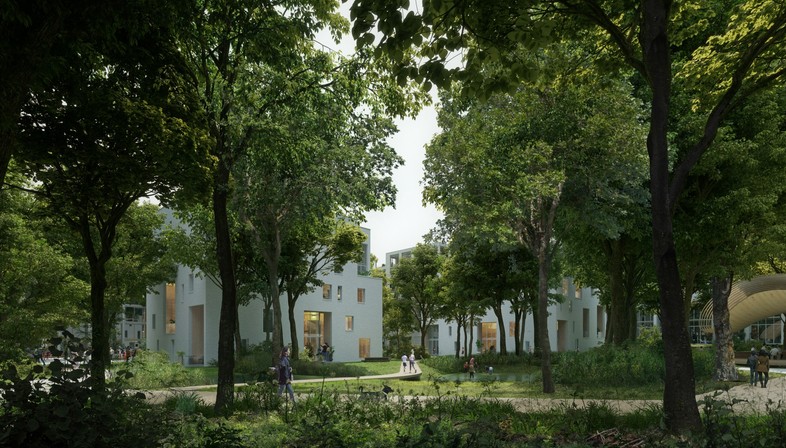 Its historic university and intense cultural life make Groningen the most important city in the north of the Netherlands. In addition, a recent study of 20 cities in the country conducted by consulting firm Arcadis on the basis of 5 factors (mobility, outdoor space, environment, constructions and community) identified Groningen as the healthiest city in the Netherlands. This result has been achieved with forty years of intense work during which the city government has invested in two-wheeled mobility and promoted green areas as fundamental allies for fighting climate change and improve urban air quality.
Ideas and values implemented by HOLT, the project recently selected as the winner in the competition for buildings in a new city district, presented by architectural practices Powerhouse Company with Houben/Van Mierlo, Vector-i and landscape architect DELVA.

HOLT adopts the core value of the city of Groningen: ensuring "a healthy and long life, for young and old". In the case of the project, the choice is also determined by HOLT’s position: the new buildings rise close to a cluster of important healthcare institutions such as Martini Hospital. The project involves construction of a total of eleven new residential buildings, one tower block, three gates and a public park: a total of 320 residential units constructed with an urban density permitting an inclusive relationship with nature. HOLT will become the gateway to the new district, a node where the city and the forest meet in " an exciting and direct confrontation," according to Powerhouse Company architect Janneke van der Velden.

The architects conceive of the project as an urban woodland in which to live, considering all the key elements in the project part of a single ecosystem: the abundant public greenery, the water, the traffic, the ecology and buildings. Observation of nature and, particularly, the resilience of a forest inspired the architects’ design. For example, natural soil has the ability to absorb much more water than a paved surface, and the presence of leafy trees maintains the temperature at least four degrees cooler than in an urban setting. These observations lead to architectural choices such as use of light colours in the façades, so that the buildings reflect the sun’s rays rather than absorbing them, or use of timber frame, a sustainable material, and of structures that can be dismantled and recycled in construction. These choices also take the history of the place into account, with brick walls and architectural elements such as vaults and arches referring to Groningen’s historic houses and giving the new buildings a sense of identity. Lastly, the architects also provide an important symbol, a new icon for the city: the tower block, the tallest building in the project, will have a rooftop bar and garden, turning it into a prominent green landmark for the city of Groningen. 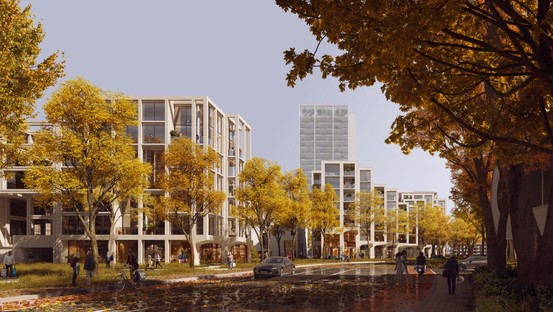 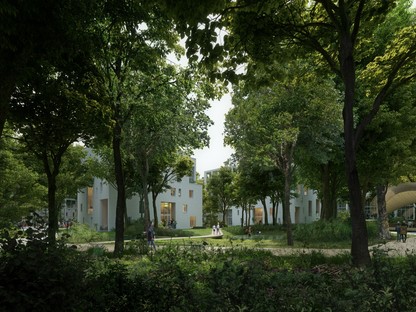 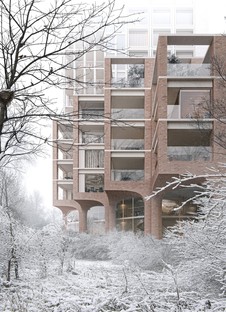 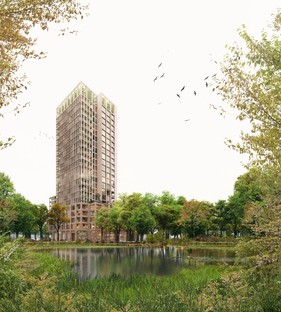 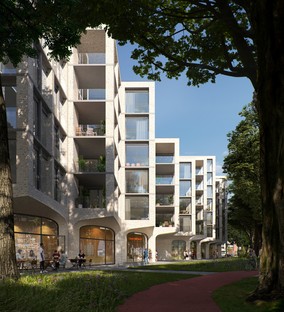 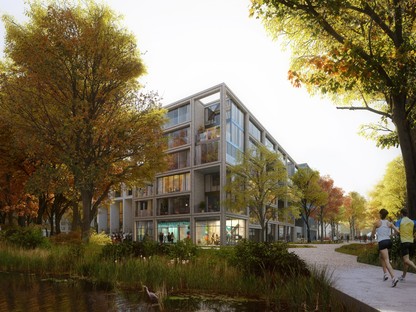 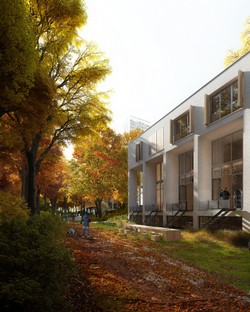 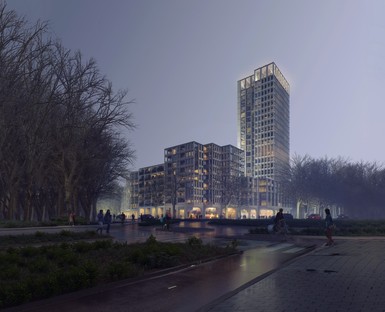 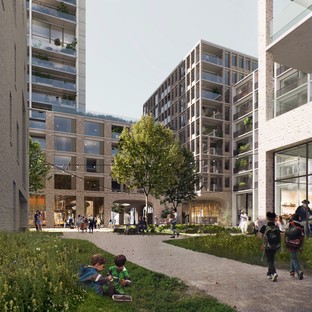 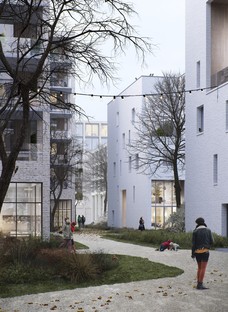 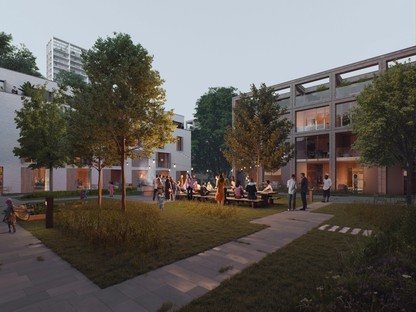 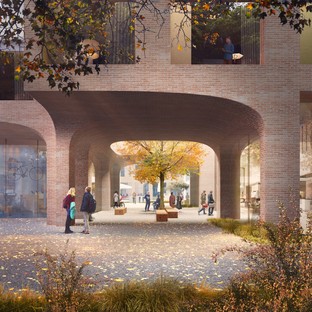 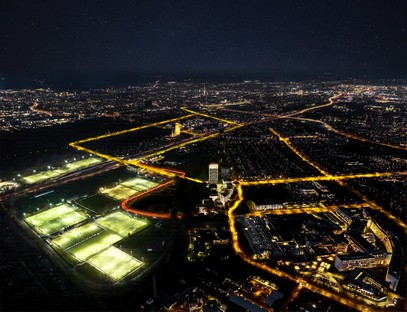 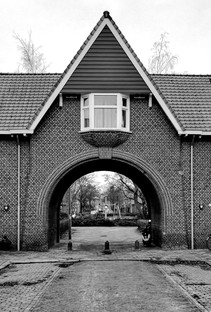