The Imprint is the heart of a new tourism centre in Seoul, Paradise City. MVRDV’s The Imprint incorporates two buildings, the Wonderbox and the Nightclub, two mysterious structures which appear to have no windows at all but reflect the surrounding buildings on their walls. 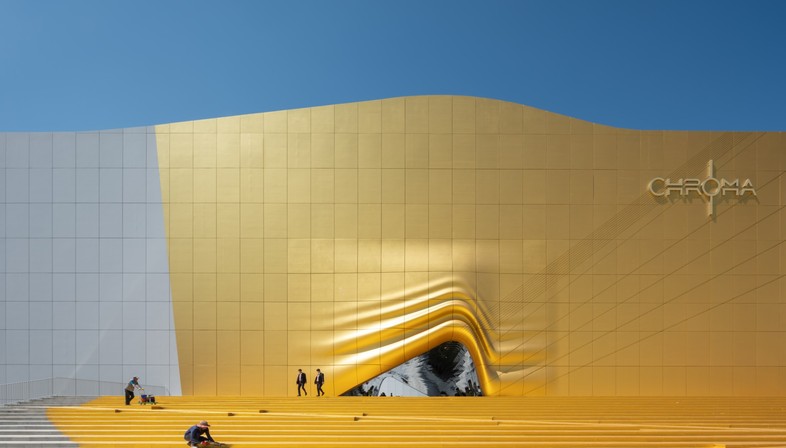 Paradise City is a newly built hub of tourism in Seoul composed of six buildings, including both hotels and tourist attractions. The area is intended to become a destination of interest for both domestic and international tourism because of its easy access – less than one kilometre from Seoul’s Incheon airport and connected with it by monorail – and as a result of a massive promotional campaign conducted with the involvement of well-known figures in Korean society and show business such as actor Kim Soo-hyun, named Ambassador for the development of Paradise City.
The Imprint, a complex consisting of two buildings containing entertainment facilities, a nightclub and a theme park, Nightclub and Wonderbox, designed by MVRDV, forms an integral part and heart of the new tourism hub. 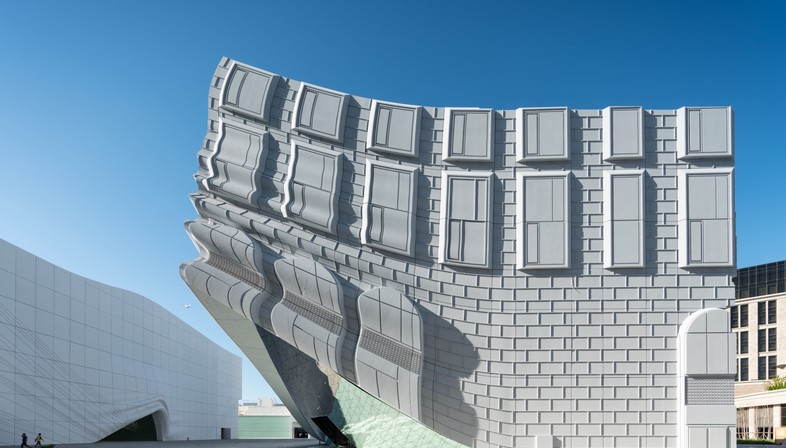 The Dutch studio’s new project may be divided into four main areas in two buildings: a hotel with a casino and convention halls called The Plaza, a shopping centre with a boutique hotel, a food court and galleries, a spa and Entertainment Square, and a theme park with a nightclub. The architects’ response to their client’s specific request inspired the unusual appearance of the buildings, which might be considered a 3D transposition of a De Chirico painting in which walls which apparently have no windows, static and suspended in time, suddenly come to life in an explosion of vitality and dynamism that ends up affecting part of the structure, which seems to be sucked up by its energy. The client had in fact asked for “a design without windows which would however be integrated with the other buildings in the area”. The architects responded by asking “can we design an expressive façade that is connected with its surroundings even without windows?” and the answer is definitely yes. 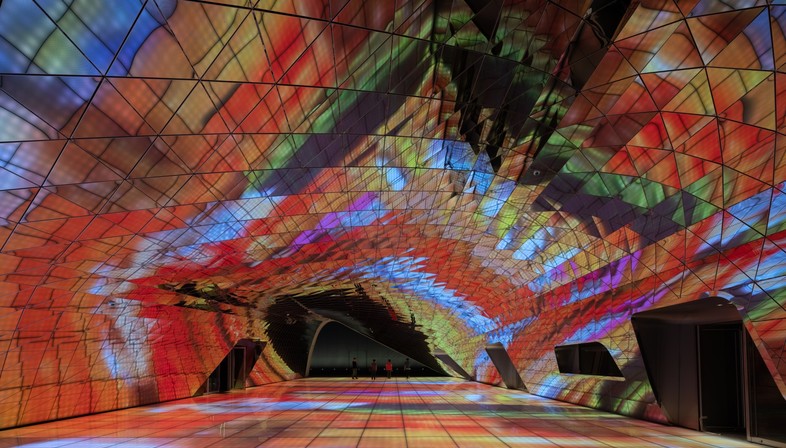 Their choice, as Winy Maas, founder of MVRDV, tells us, was to reflect the surrounding buildings in the floor of the plaza and on the walls of the Wonderbox and Nightclub, the two buildings making up The Imprint. The architects transformed the design and the rhythmic pattern of the elements on the façade of the other buildings into a drapery design and a motif in relief decorating the simple forms of the façades of the new buildings, a choice which guarantees the consistency of the whole. Their intention was in fact to make Paradise City look like a real city, not a set of individual architectural objects like Las Vegas.
To produce such an unusual wall covering experimenting with the boundaries between art and architecture, they used fibreglass cement panels painted white and 3D printed. The doors are made at places where the walls rise up, like the curtains on a stage. The massive concrete shapes are distorted to become soft and flowing, revealing the dynamism and vitality of the interiors through mirror ceilings and glass floors. A big gold mark extends all along the corner of the Nightclub building, underlining the entrance and ushering in the audience for the show. 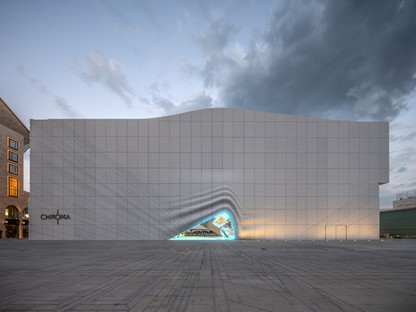 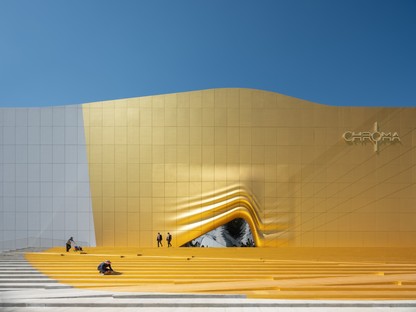 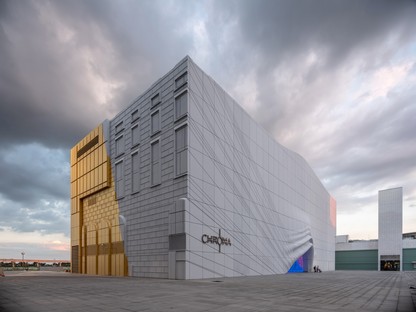 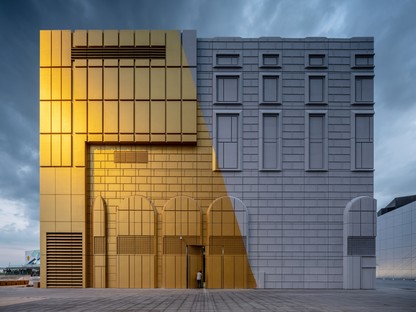 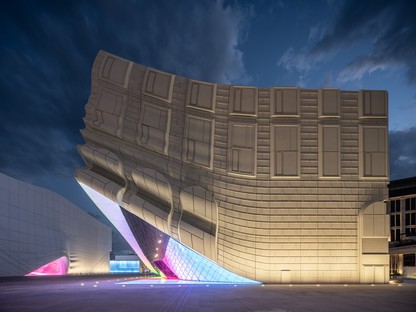 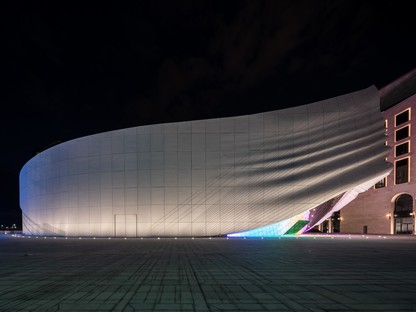 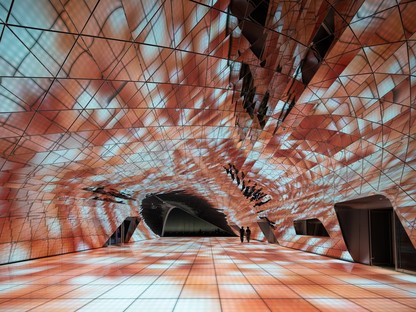 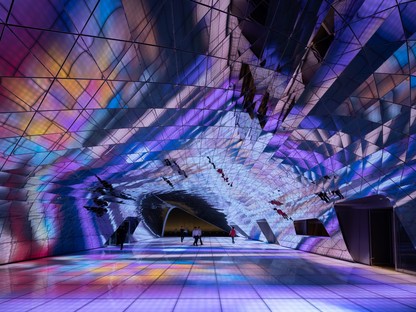 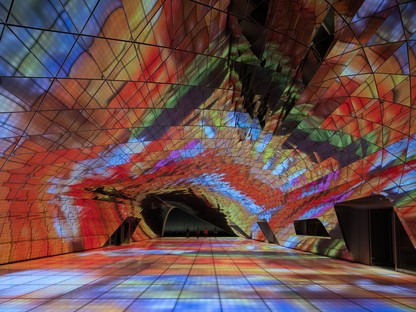 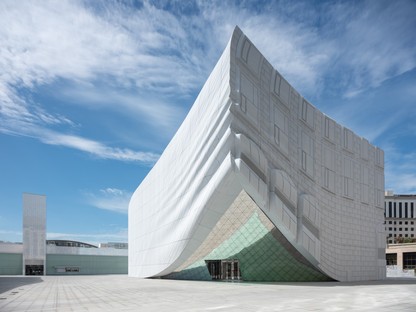 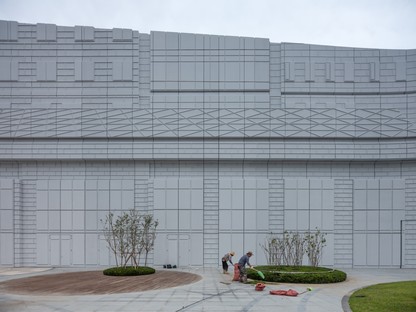 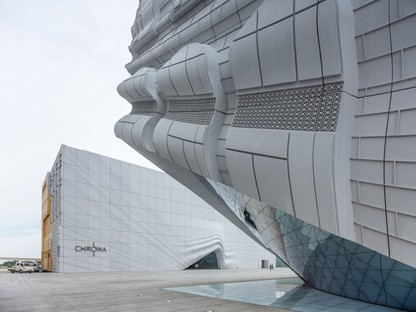 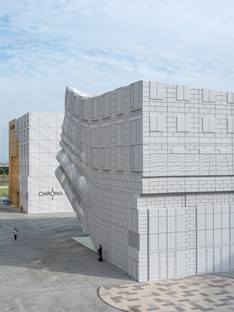 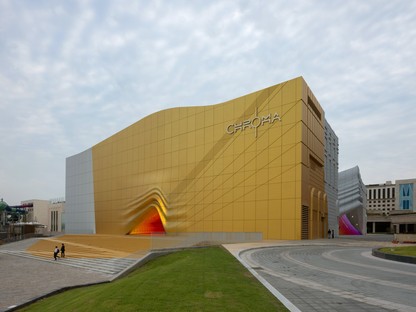 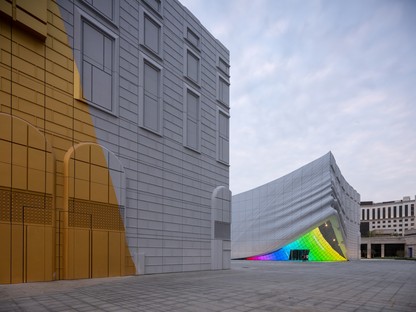 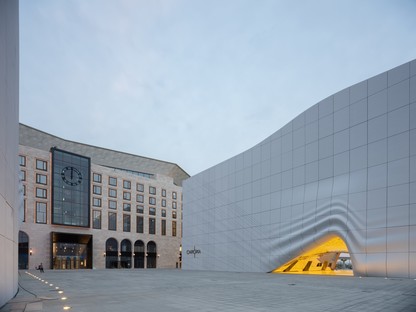 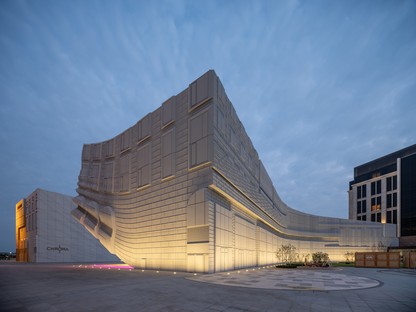 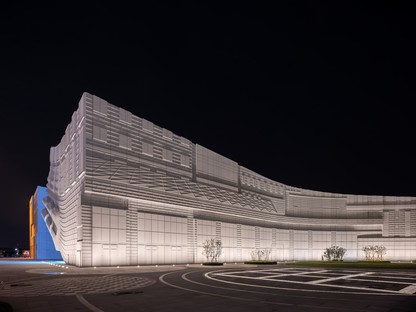 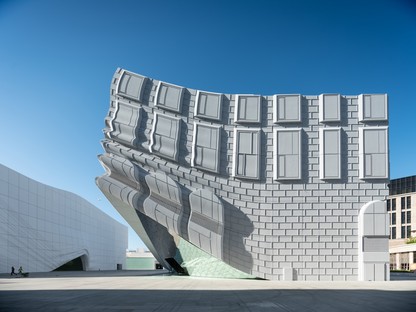 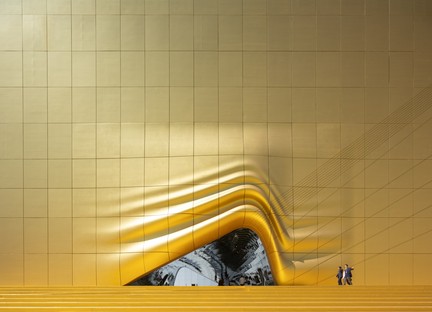