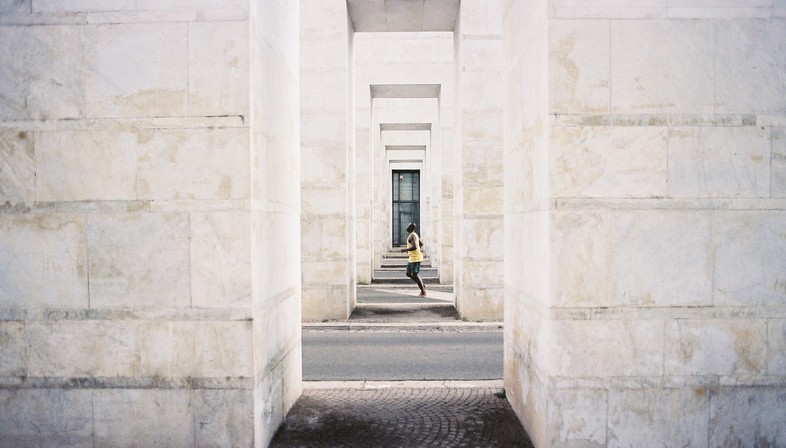 Maxxi, the museum of 21st century arts, commissioned a work by artists and directors Nina Fischer & Maroan el Sani: FREEDOM OF MOVEMENT, a video installation focusing on the theme of large-scale migration and shelter for migrants. A theme of pressing relevance today on which the international architectural community is increasingly focusing its attention, as demonstrated by the exhibition Insecurities. Tracing Displacement and Shelter at MoMA in New York or the projects presented by Nicola Borgmann, architect and curator at Architekturgalerie in Munich, featured at the One Night event organised by Floornature at FAB Architectural Bureau in Milan on October 13, 2016. 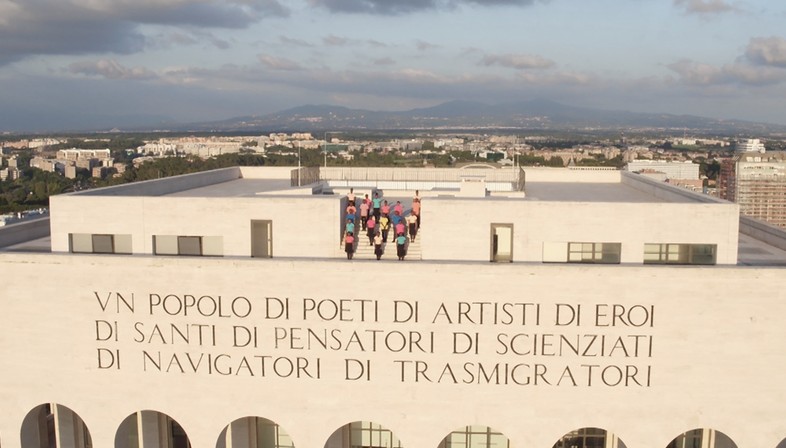 FREEDOM OF MOVEMENT is a work emerging out of the two artists’ research: the relationship between architectural and human space, in line with the museum’s architecture section, which focuses on the relationship between the idiom of architecture and visual art forms. The video installation consists of three videos screened simultaneously, the starting point being Abebe Bikila’s victory in the Olympic marathon in Rome. The Ethiopian athlete set a new world record running barefoot on September 10, 1960, becoming an icon of athletics and a symbol of Africa freed of colonialism. Historical images of the marathon and the construction of the EUR and Foro Italico projects overlap with contemporary images featuring a runner tracing the route of the 1960 marathon and a choir of young African refugees on the monumental staircase and up to the roof of the Palazzo della Civiltà del Lavoro building, where they sing a song about migrants’ identity which echoes the famous words written on the walls of the building, spoken by Mussolini on October 2, 1935, announcing to the nation that Italy was at war with Ethiopia. 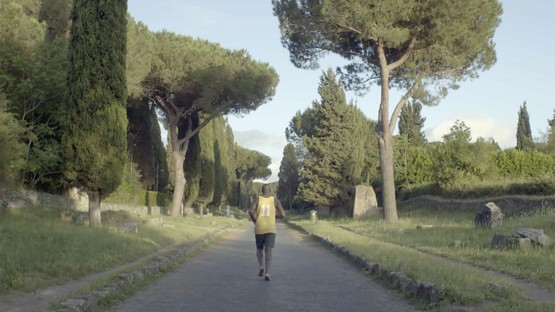 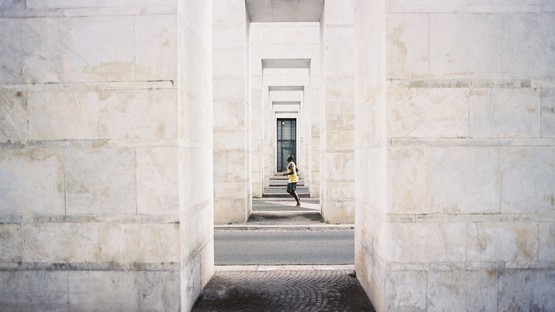 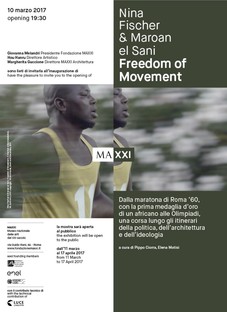 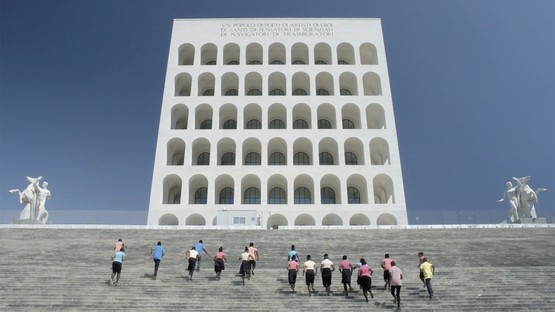 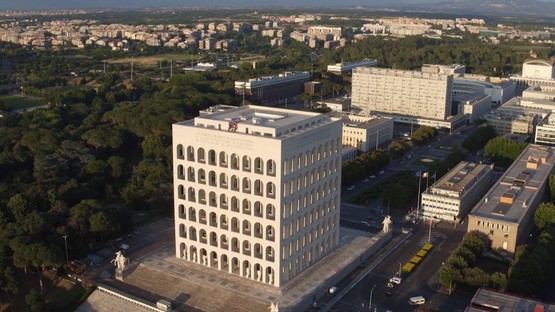