Architect Carme Pinós, founder of Estudio Carme Pinós, will sign the MPavilion 2018, that will be opened on 08 October. Since 2014, the initiative by Australia-based Naomi Milgron Foundation has been involving important international architects, including Sean Godsell, for its very first edition. 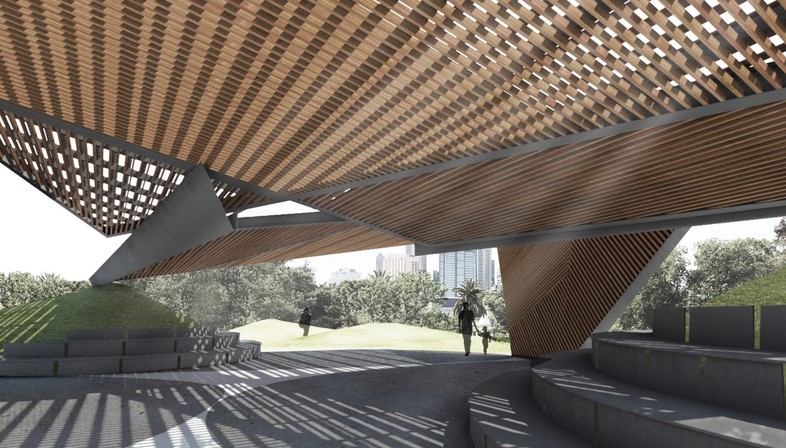 Every year since 2014, the Australia-based Naomi Milgrom Foundation has been commissioning a temporary pavilion from a world-renown architect: the MPavilion. The structure is realised in Melbourne’s Queen Victoria Gardens and hosts conferences, workshops, events and installations. This year, it will open its doors to visitors from October 2018 until February 2019.
Just like similar experiences carried out on the occasion of other events, such as the pavilion of the Serpentine Galleries of London, the MPavilion is a utopian space, a cultural laboratory and a place favouring debates on design. The interdisciplinary programme hosted by the pavilion gathers intellectuals and professionals in the field of architecture and other fields and includes art and music performances.
The MPavilion 2018 will be designed by architect Carme Pinós, founder of Estudio Carme Pinós. Some virtual rendering of the new pavilion have already been disclosed. It will be an open space, limited by interconnected geometrical structures resting on a limited number of elements. It is possible to say that the structure will bring to mind a Japanese origami. While waiting for the opening event, on 08 October 2018, today we will describe the pavilions that were designed on the occasion of the previous editions. 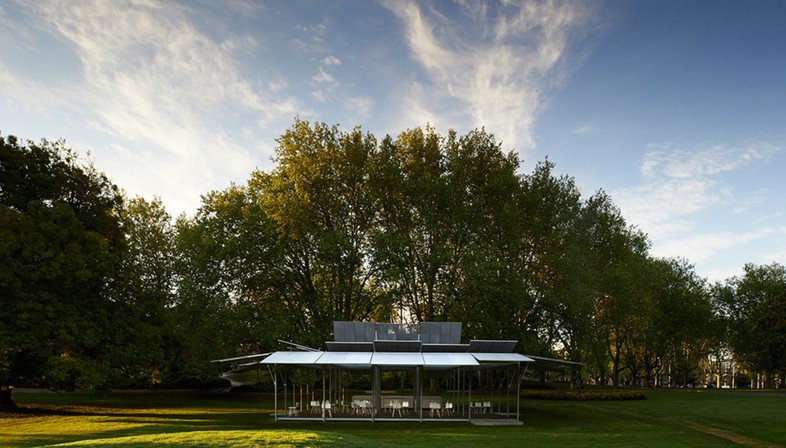 MPavilion 2014
The first pavilion created for this initiative by the Naomi Milgrom Foundation was designed by Sean Godsell Architects, founded by Australian architect Sean Godsell. Inspired by the design of the typical sheds and verandas of the Australian inlands, the architect designed a 12-m-long steel structure with a glazed roof and automated external panels. The pavilion could open or close automatically in response to the sunlight, echoing the way plants respond to the sun. 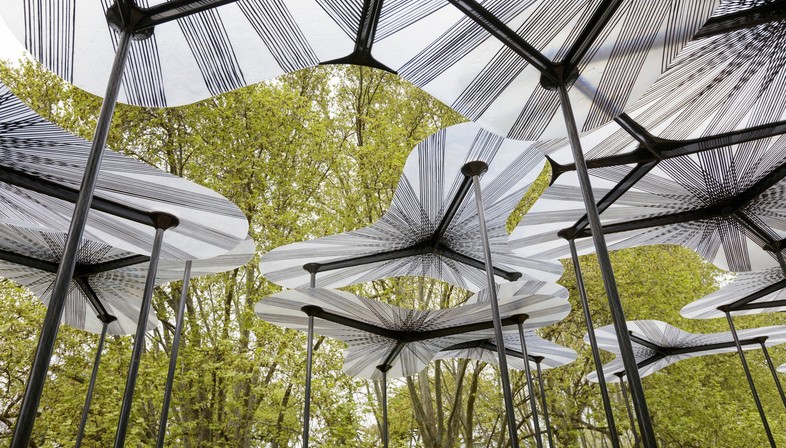 MPavilion 2015
In 2015, British architect Amanda Levete, from AL_A, found the inspiration for her pavilion in the aerospace structures. A series of four-meter-high slender columns supported flowers composed of three to five one-meter-wide translucent petals. The installations were close to one another, so that their petals would create a canopy structure, that perfectly fitted the trees of the Queen Victoria Gardens. 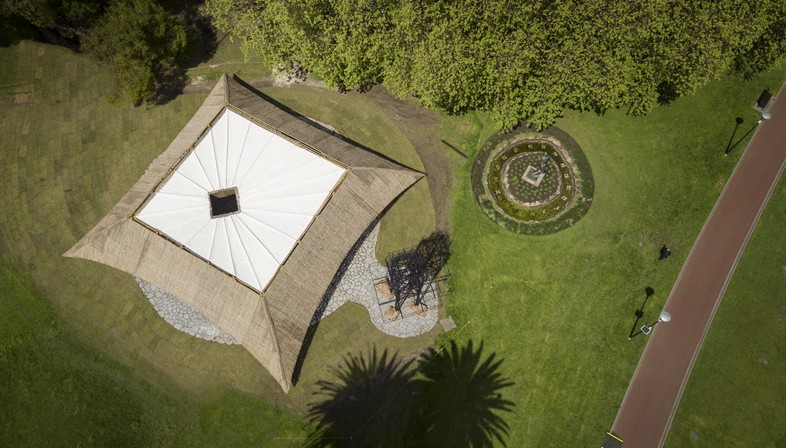 MPavilion 2016
In 2016, the construction of the pavilion was entrusted to architect Bijoy Jain, from India-based Studio Mumbai. The pavilion designed by this famous Indian architect was realised with natural materials, such as bamboo, stone and rope, with the collaboration of local craftspeople and following traditional building techniques, so as to limit the use of natural resources. A square opening at the centre of the roof was created to establish a connection between earth and the sky. This way, the sun rays would hit a golden well, symbolising the importance of water to place and community. 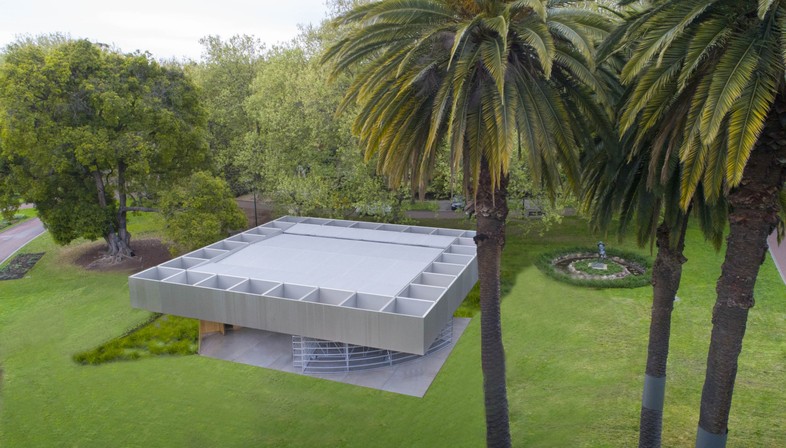 MPavilion 2017
OMA studio, with architects Rem Koolhaas and David Gianotten, designed the MPavilion in 2017. The architects designed a structure inspired by ancient amphitheatres, surrounded by artificial hills realised with local plants. The hills also hid the supports of the great covering which, this way, appears to be floating. Underneath this great, square covering, the architects created a multi-level, fixed circular grandstand, and a movable grandstand. 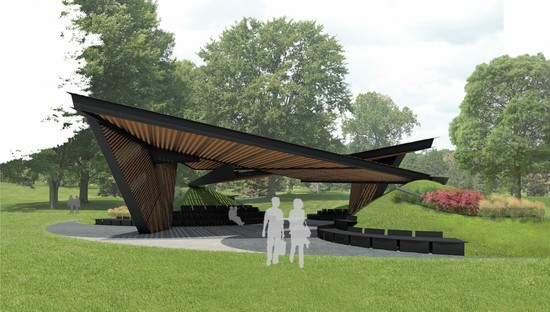 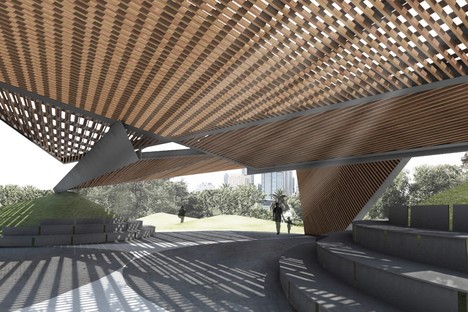 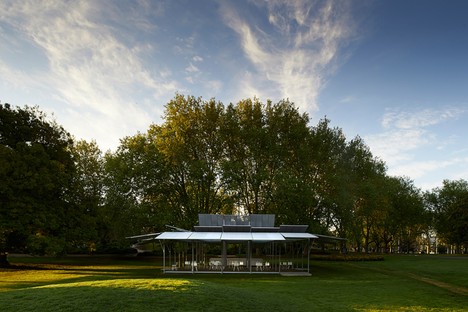 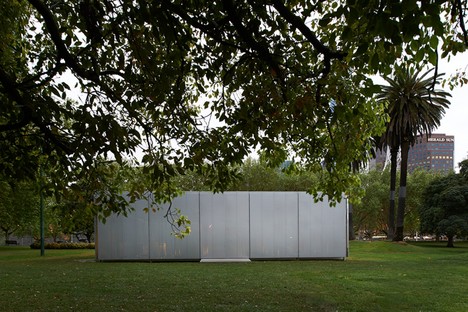 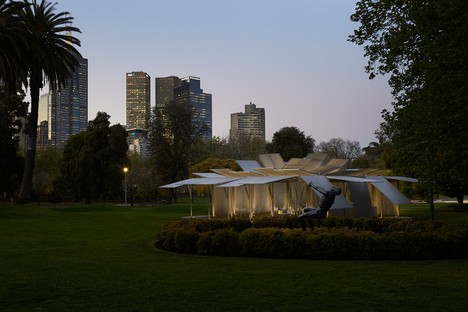 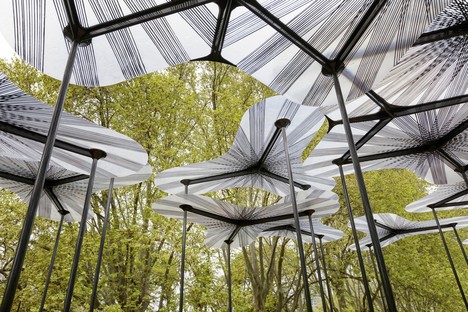 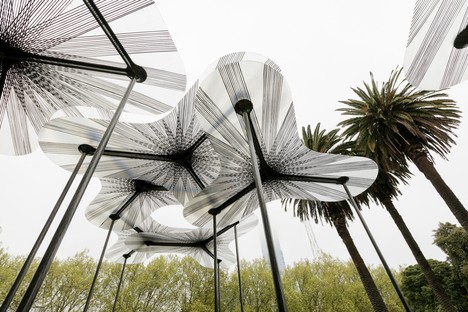 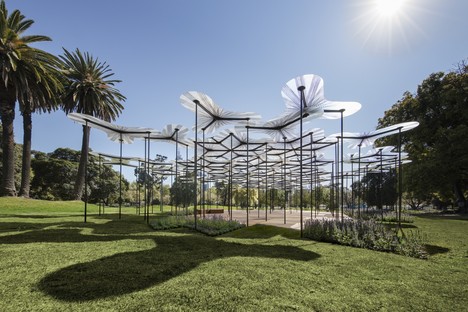 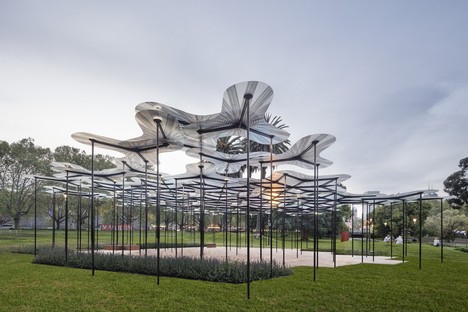 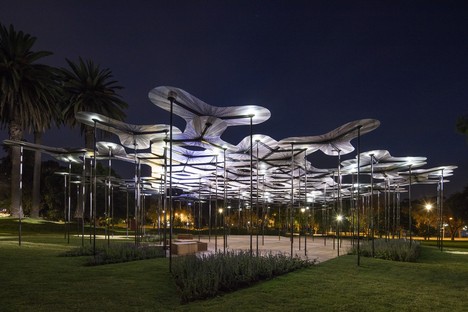 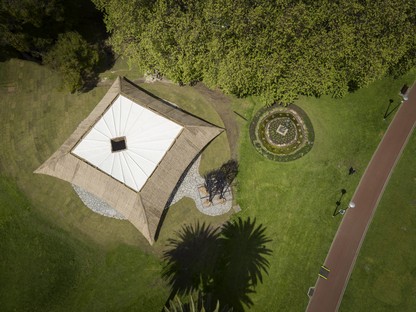 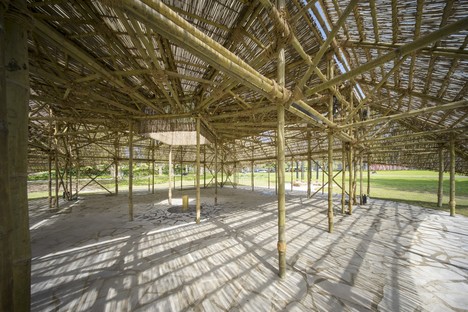 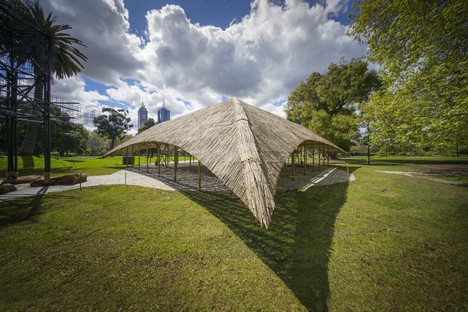 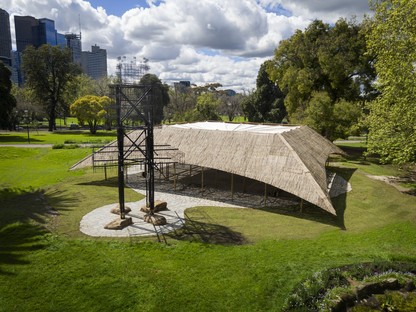 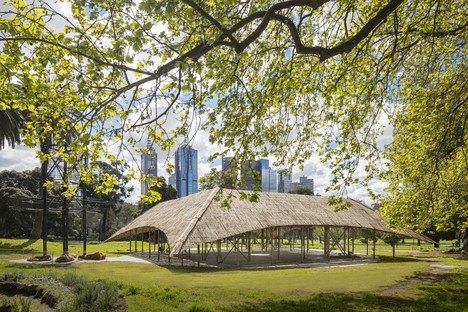 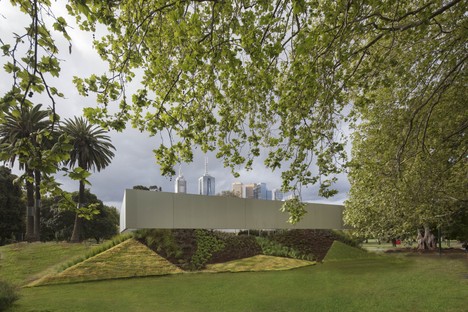 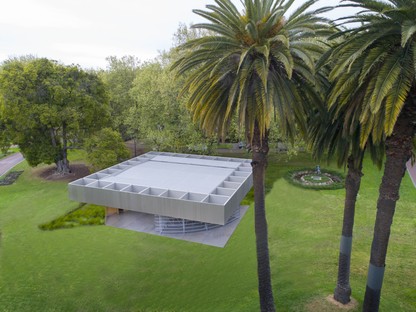 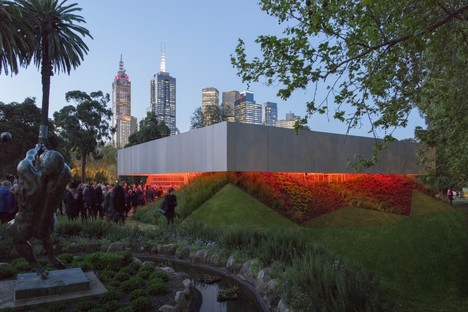 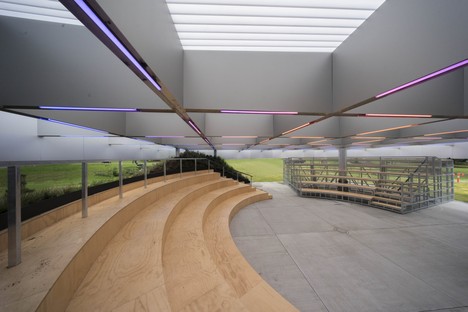 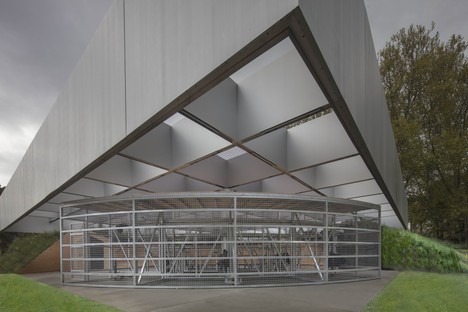