Luigi Rosselli Architects Studio is behind the design of the Tama's Tee Home summer residence on the cliffs of Tamarama, a suburb of Sydney famous for surfing fans and an exclusive tourist destination. 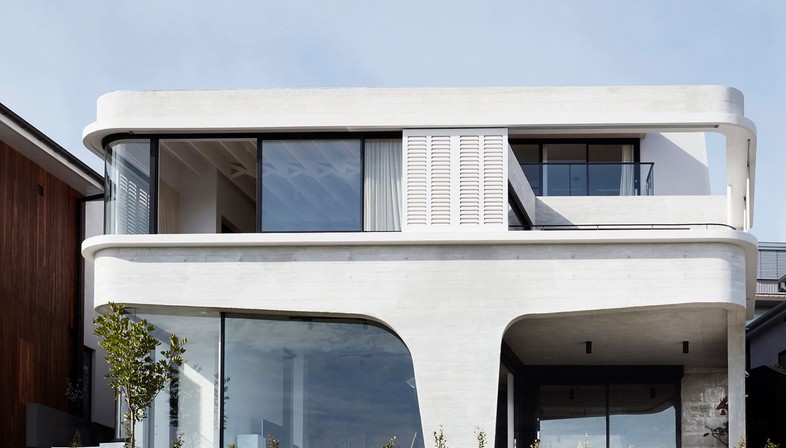 Tamarama is a suburb of Sydney, a strip of coastline that extends from the East of the city, a little ocean beach between the famous Bondi Beach and Bronte Beach. Its fame is linked, above all, to surfing . Tamarama is very popular with surfers for its dangerous waves, classified as the second most dangerous in the whole of Australia. Over time this mecca for surfing fans has become an exclusive place with luxury homes, symbols of power and wealth that have earned it the name of Glamarama (or Glamourama). However, the real wealth of the area is undoubtedly its panoramawith its steep, atmospheric cliffs surrounding the beach.
In this setting Luigi Rosselli Architects studio was entrusted with the project to design a new home to replace a previous construction which, like many in the area, had no architectural merit or qualities, but occupied a privileged position with a wonderful view on the cliffs. 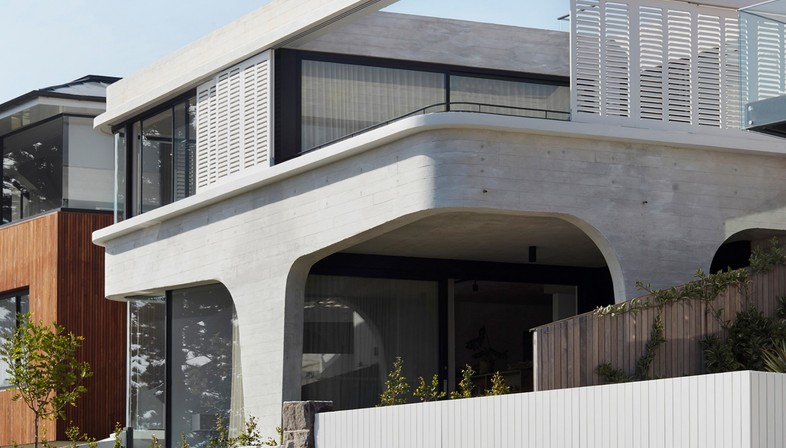 The architects decided to recover as much as possible of the previous home. They managed to include the large sandstone containing wall at the front of the house and the garage below in the new design. The new concrete structure, visible at the front of the house, is made up of a widened T-shaped pillar. The pillar rests on a single point of the garage below. This design choice was inspired by the desire to create what the architects call a “unipod”, for the front façade. This was made possible by a solid concrete structure, which was essential given the proximity to the ocean and the need to take decisive steps to combat the negative effects of atmospheric agents like salt, humidity and the wind.. These elements had contributed to the rapid decline of other homes built in Tamarama. The design solutions adopted by Luigi Rosselli Architects included the use of stainless steel finishes and coverings with resistance levels specific to proximity to the sea.
When seen from inside, the concrete structure becomesa white frame for the landscape and combined with its position on the cliffs, it frames a wide view of Tamarama right to the beach. 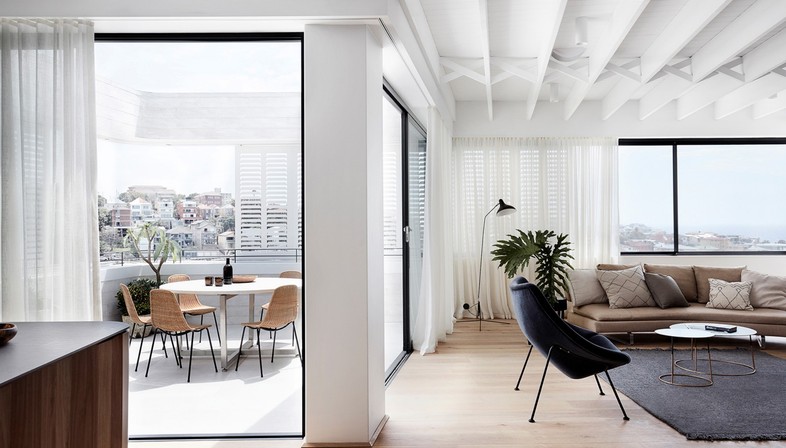 The need to adapt the new building to its setting in the landscape led the architects to create a layout for the various spaces over four floors. This layout allowed the house to adapt to the hillside. The architects positioned the living area on the third floor, so that it could have the best view of the surroundings, with the ocean to the North-East and a large covered terrace to the North-West, protected from strong coastal winds. 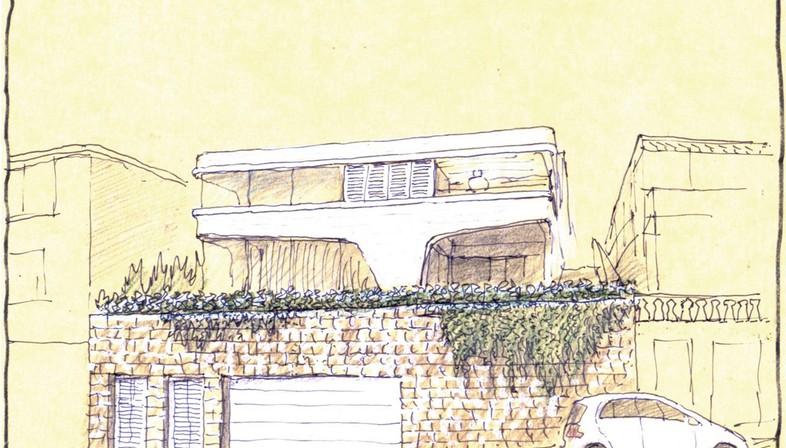 Luigi Rosselli Architects was also responsible for the interior design, the work in particular of architect Raffaello Rosselli, who designed solutions based on natural materials, with a great deal of attention to colours and details, with made to measure elements, for a refined, elegant interior. 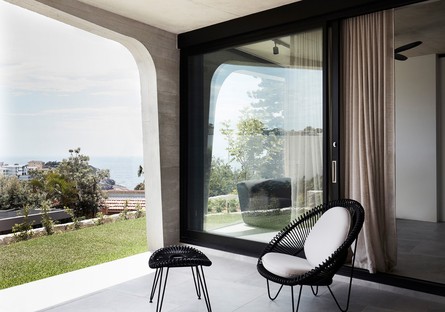 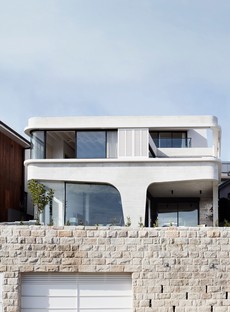 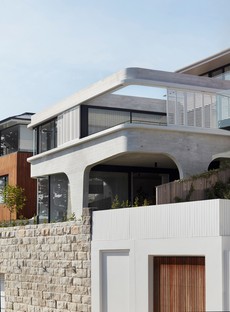 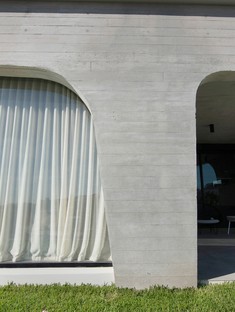 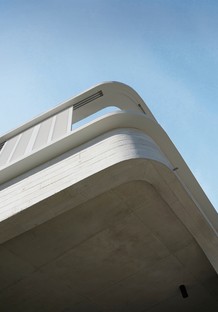 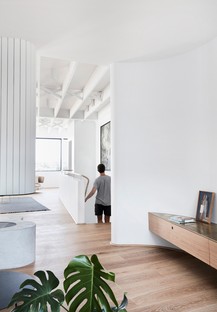 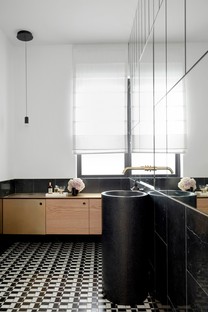 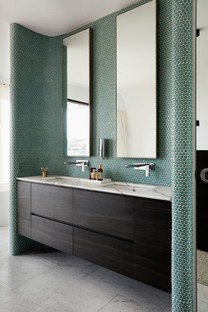 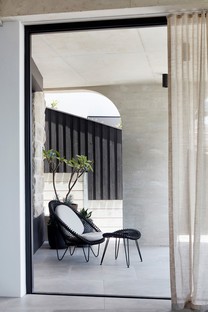 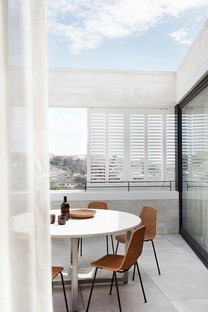 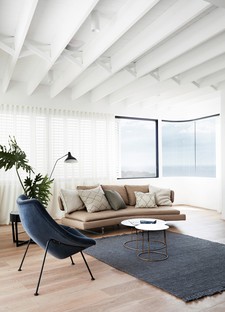 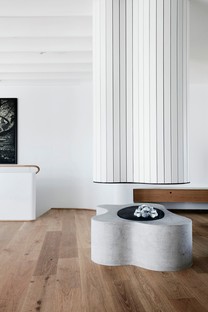 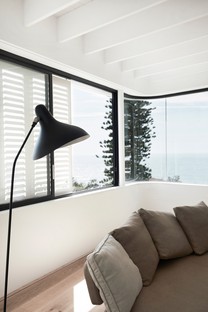 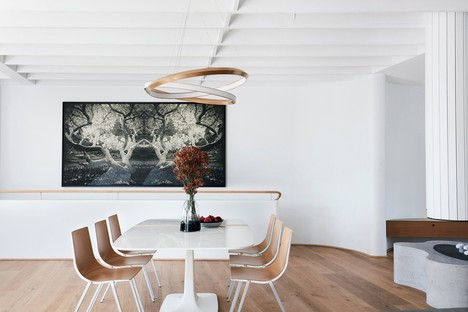 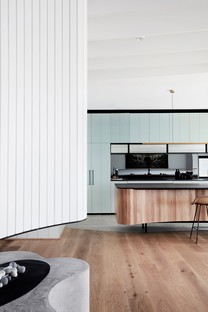 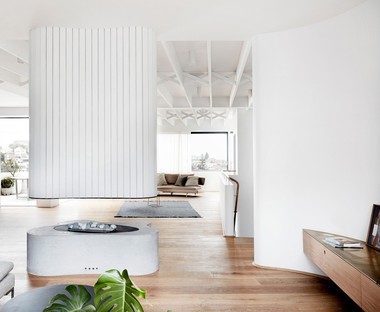 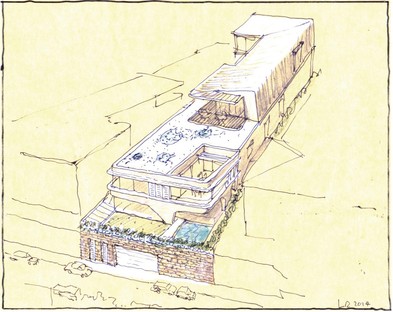 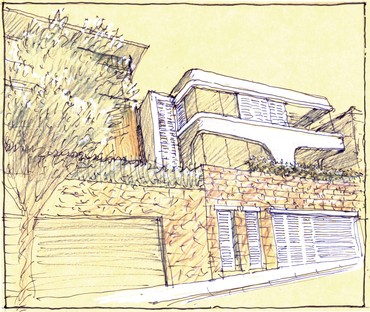 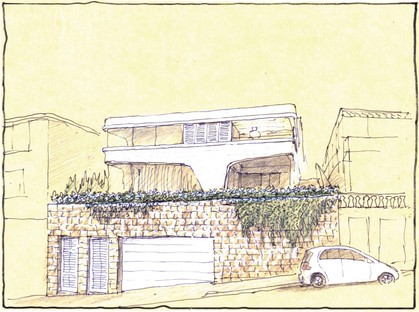 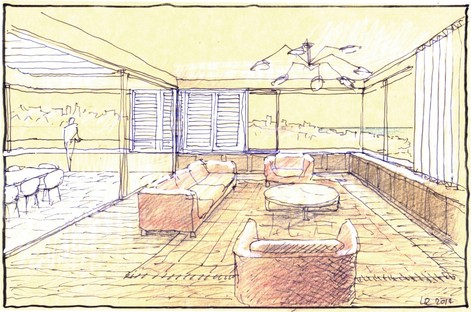 Holiday Home exhibition at the Utzon Center in Aalborg