Architect Luigi Rosselli has converted a building constructed in the 1950s and early 1960s into a contemporary home with interior design by Romaine Alwill in neutral hues and Mediterranean blue, the client’s favourite colour. 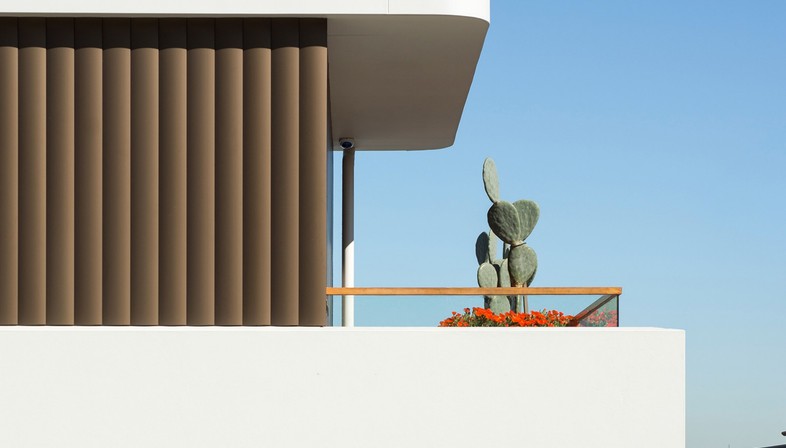 The position of the home atop a ridge overlooking Sydney’s Middle Harbour brings to mind the seaside lookout towers, those little defensive fortresses that have been built in the Mediterranean since the Middle Ages and that were constructed all over the British Empire, including Australia, during the Napoleonic Wars of the early 19th century taking a more advanced form, referred to as Martello Tower. 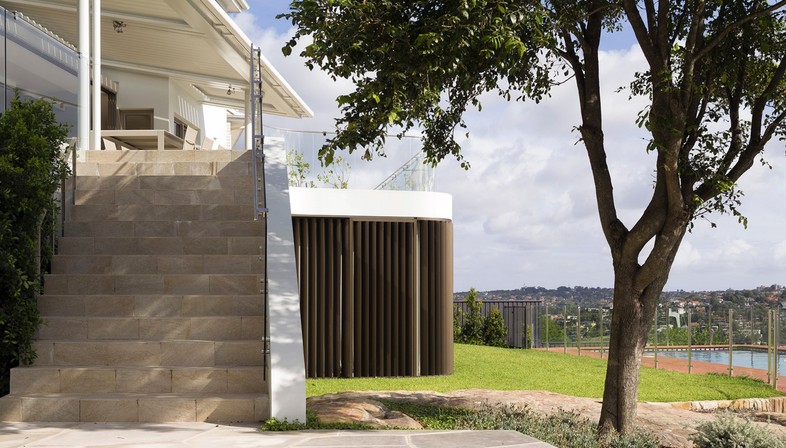 Architect Luigi Rosselli translates the classic image of the tower into a cylindrical volume with an elliptical sandstone base which stands next to the front part of the building, containing the staircase, lit up by a skylight in the ceiling. The renovation project preserves 95% of the original structure, a brick building on three levels without any particular character built in the 1950s-1960s. Luigi Rosselli concentrated on the front of the home and the new underground level at the back, adding elements which give the home character and contemporary style such as the sandstone in the volume containing the staircase and parts of the ground floor, the white walls, and the vertical strips of the external cladding.
The interior design, with the exception of the sandstone covering the fireplace, another element preserved from the original building, is by Romaine Alwill, and features a colour scheme of neutral hues and Mediterranean blue, the client’s favourite colour. 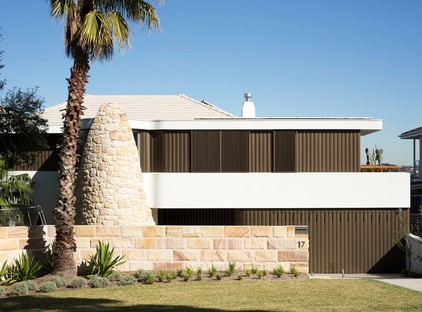 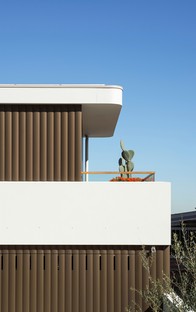 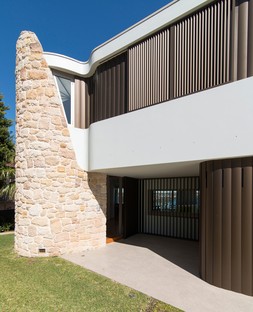 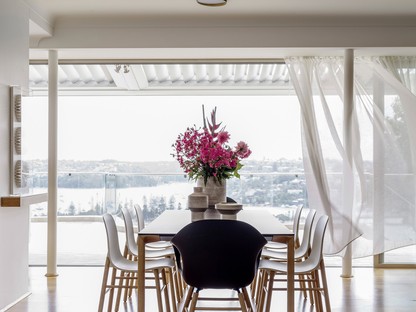 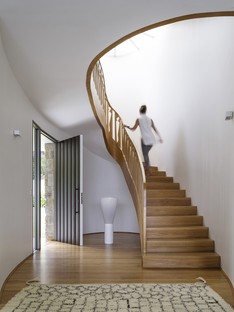 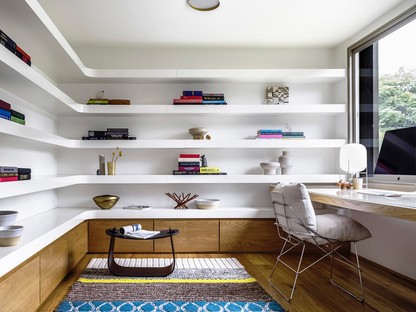 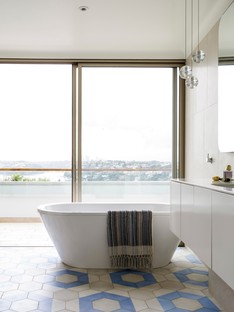 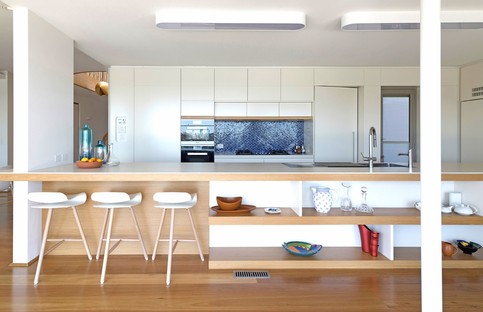 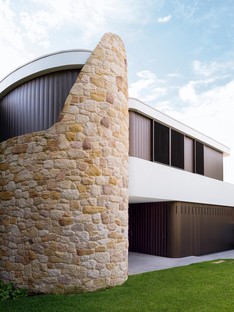