Seville has a new landmark: J. Mayer’s Metropol Parasol, a laminated timber construction intended to revitalise the Plaza de la Encarnacion in the city centre. Functioning as a roof covering the entire plaza, it is in actual fact a complex on four levels containing shops and providing an urban viewpoint. 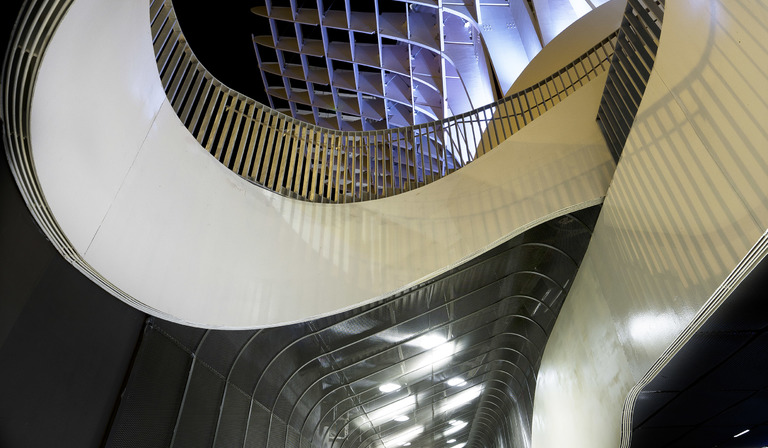 Redevelopment of public space always offers an opportunity to transform the vision of the city and its inhabitants, who are used to walking through places without seeing them or comprehending their importance. Redesigning public space offers an opportunity to change this by simply choosing a new point of view, as J. Mayer did in Plaza de la Encarnacion in Seville, Spain.
The German architect planned 4 levels of public spaces inspired by reflection on the life, history and future prospects of the square: an underground level with access to the archaeological dig where Roman ruins were found in the early nineties; the street level that makes the structure a node for connection with the urban layout of the city centre; the raised level of the new plaza with its shops, accessible via stairs and, lastly, the top level, a rooftop viewpoint over the city of Seville.This is what redevelopment means: first of all, multiplying levels of understanding of dwelling, with the involvement of both the contemporary and the historic, explaining this blend of different evocations in a structure which is sure to have a strong impact.
The new construction, 28 metres high and organic in shape, clearly inspired by nature and, when seen from below, by luxuriant forest growth, provides a roof sheltering the plaza to emphasise the activities that take place in it and affirm its importance in the city?s economy. Though on a decidedly smaller scale, it is undeniably similar to the goals of the “Lantern” in Sandnes, Norway, where the architects shone a spotlight on a small square in the town, building a wooden roof lit up from within, like Mayer?s, which people could use as a gathering place for temporary events. In this case the very light grid structure, similar to the scaffolding on a construction site, lightens its presence. An image of the “finite” nature of time which is also reflected in Mayer?s big “umbrella”, where solid cement bases support “trunks” made of laminated timber and do not reduce the self-referential nature of a construction which does not interact with its surroundings in any way but is self-sufficient, a container of events which is in turn temporary, and may be dismantled without disturbing the existing constructions around it, from which it remains perfectly independent.


The Metropol Parasol is a landmark, as demonstrated by the fact that visitors can climb up to the urban viewpoint. From above they can perceive its layout, in which the arrangement of the pillars extending through the roof is dictated by the design of the streets that come together in the square, generating arches like imposing gateways to the city. 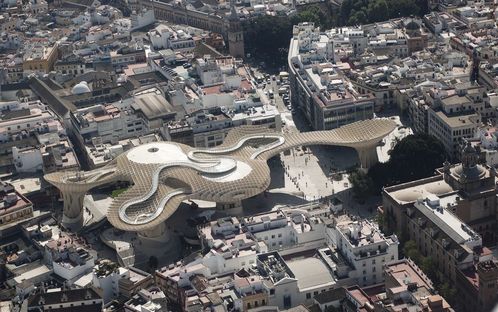 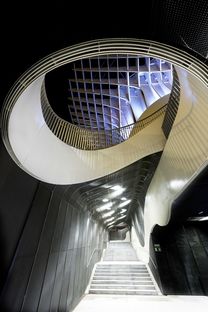 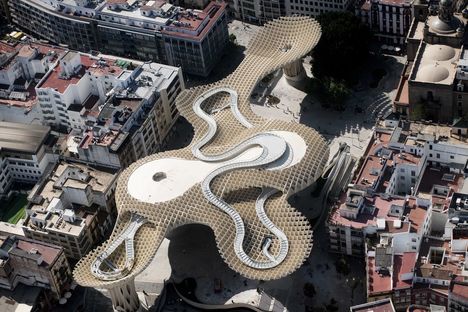 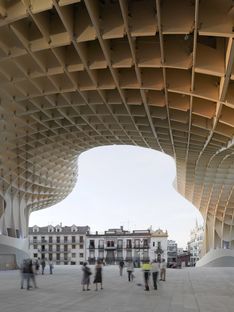 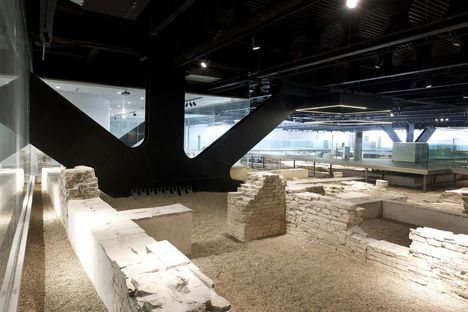 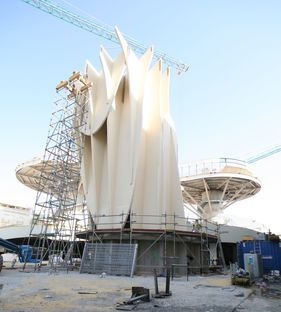 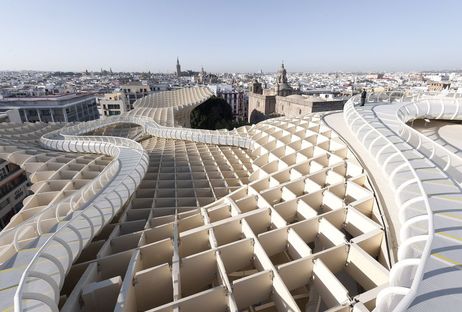 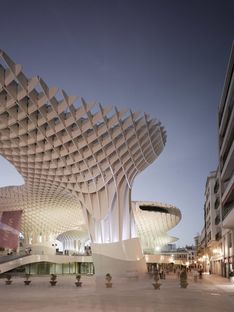 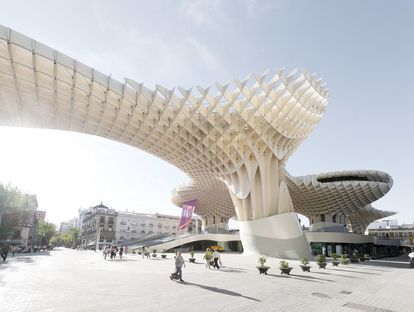 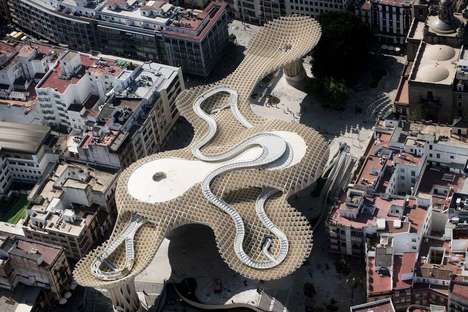 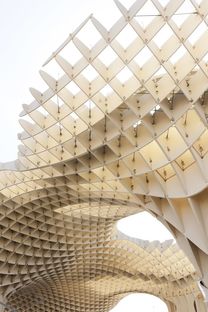 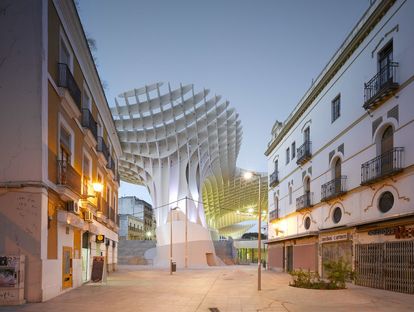 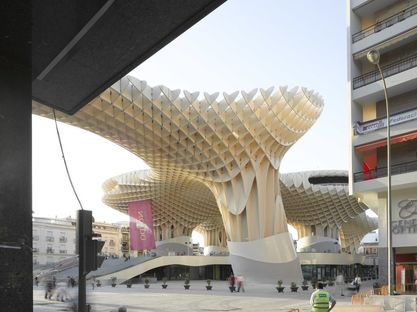 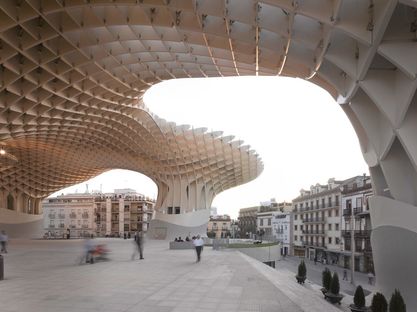