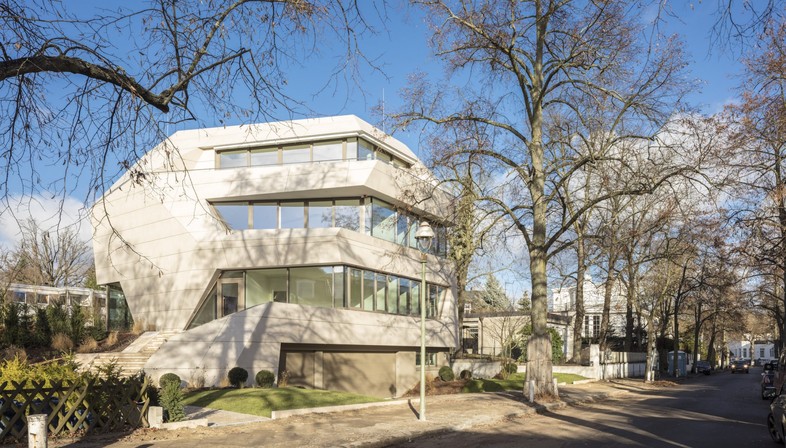 GRAFT designed a single-family home in Grunewald, a Berlin neighbourhood with a large wooded area popular with the city’s cyclists and athletes.
The home’s sculptural shape recalls a glacial landscape: its volume and sharp corners are clearly inspired by the form of an iceberg emerging from the soil and rising up on four levels.
The architects subvert the concept of the traditional residence as a regular volume built on separate levels, creating a sculpture to live in.
This result is achieved by covering the façade with big Fiandre Architectural Surface porcelain slabs, which reinforce the image of a big mass of stone or ice resting on the lawn. The architects have carefully designed a series of cuts in the sculptural volume of the home, not only to provide the necessary lighting and ventilation for the interiors but to establish a visual relationship between inside and outside. The openings consist of loggias and floor-to-ceiling windows, horizontal incisions in the surface of the volume establishing a visual connection with specific points in the vegetation surrounding the home while guaranteeing the necessary privacy for the rooms inside. 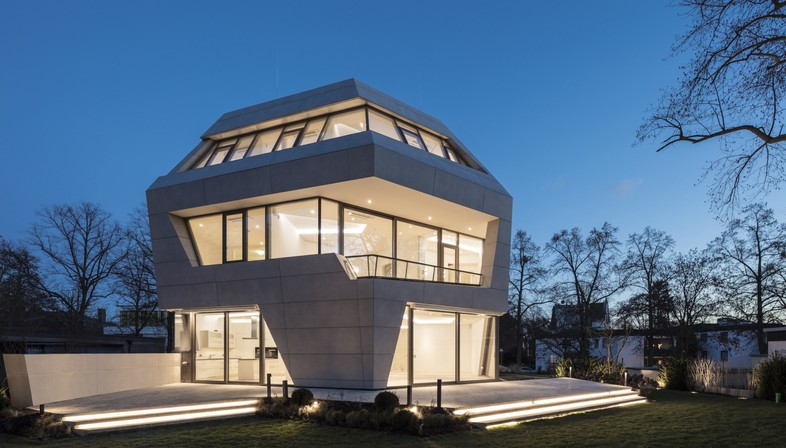 The asymmetrical volume designed by the architects of GRAFT inevitably has an impact on the interior of the home. In the organisation and distribution of functions, the architects created rooms that flow into one another to generate a sense of openness and spatiality in the interior. The fireplace and the stairs linking the levels in the home also break with the traditional conventions for these architectural elements. Inclined planes and clean breaks define the two volumes in a sculptural way, evoking the idea of a mass of stone or a block of ice cut to suit requirements. The travertine selected for the floor and the steps of the staircase contrasts with the white walls, reinforcing the idea of an enormous mass of stone covered with ice. The fulcrum of the home is the living room, a large space of irregular shape located on the ground floor along with the kitchen and two other rooms. On the first floor is the master bedroom, with a large corridor, a patio and four other rooms. The top floor contains a separate apartment. The home also has a basement level with an entrance, a two-car garage, storage space and a wellness centre. 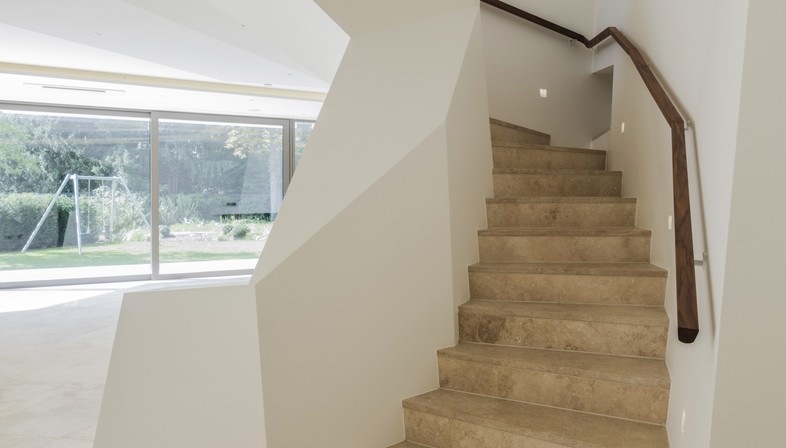 Despite the building’s unusual geometry, the architects have created a flexible layout that can be adapted to changes in the residents’ situation, permitting the home to be separated into separate apartments accessible via an outdoor staircase. Sustainability, recyclability and durability are the principles inspiring every aspect of the project, which incorporates a geothermal heating system and exceeds the legislative requirements for energy conservation. 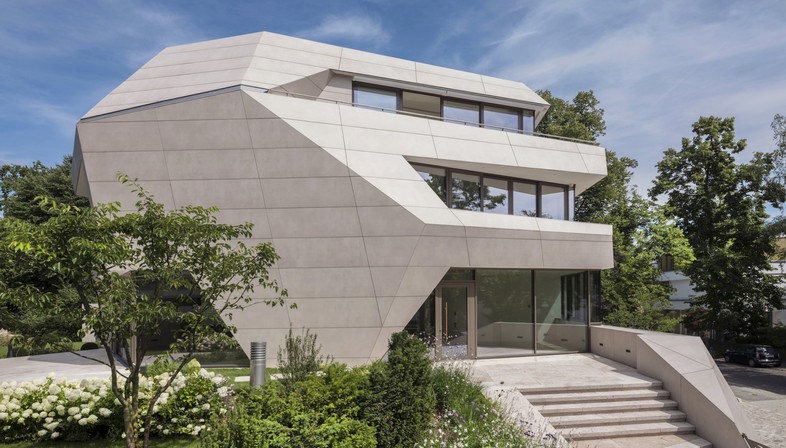 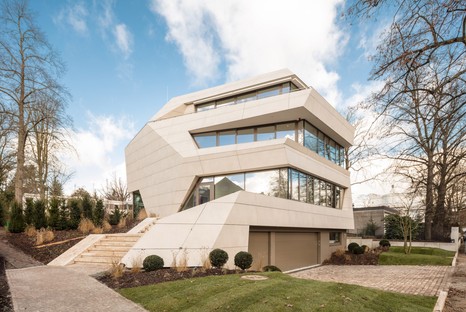 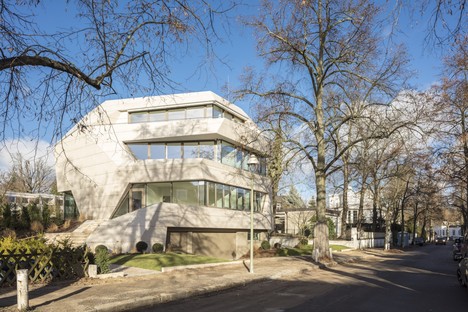 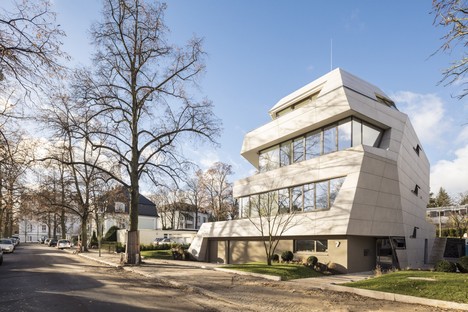 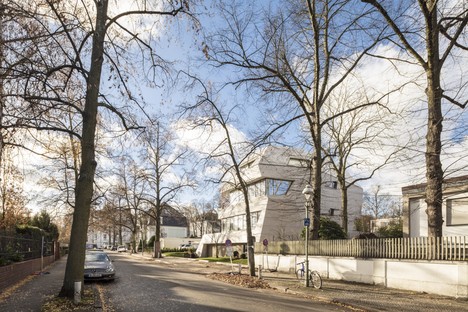 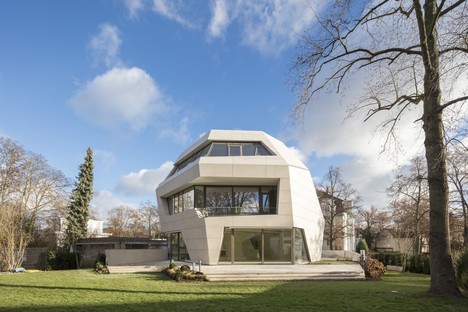 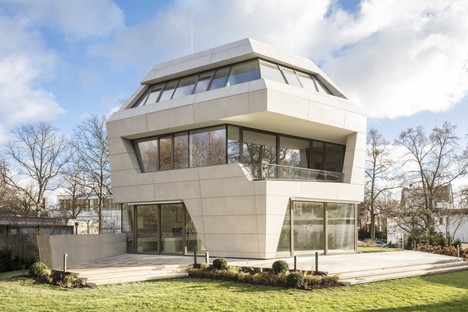 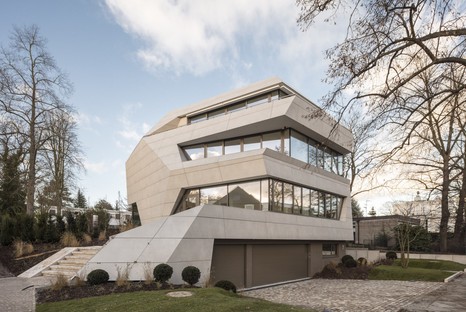 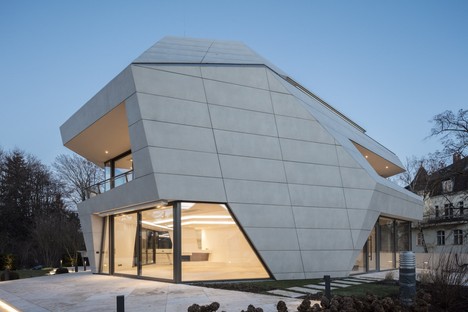 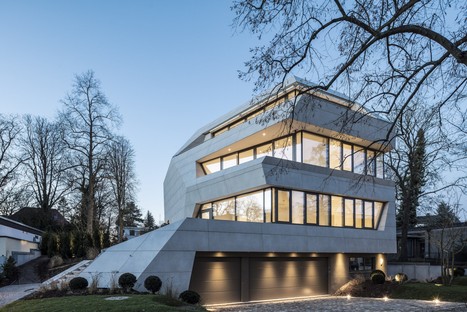 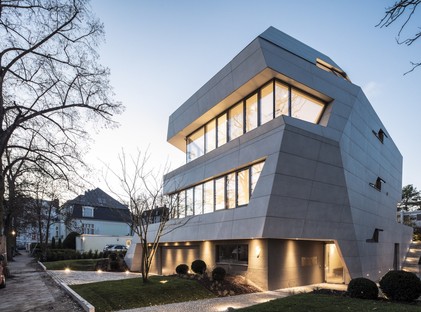 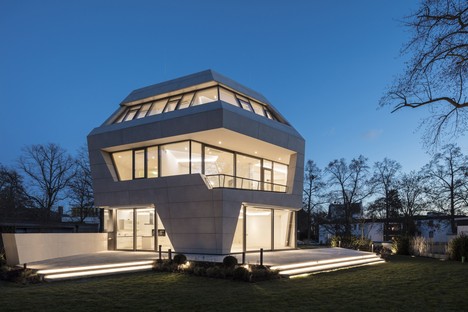 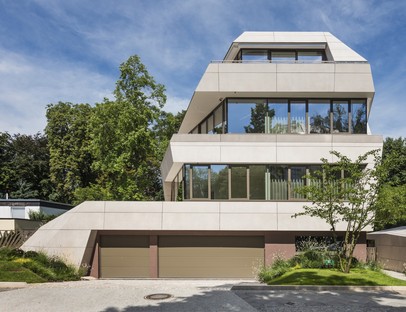 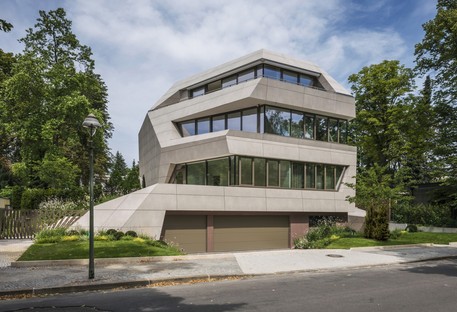 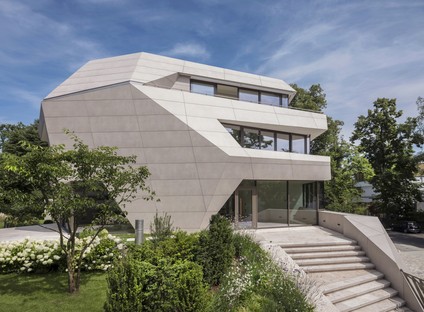 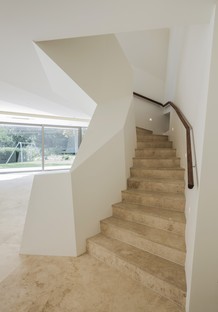 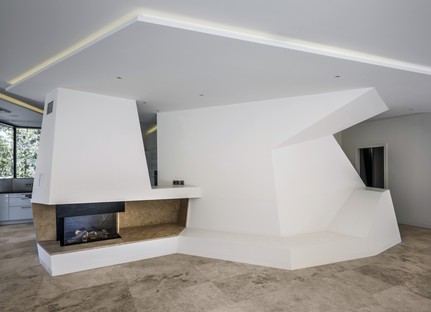 Architecture Biennale: from Venice to Berlin with FAB Architectural Bureau