Champigny-sur-Marne, near Paris, sees the completion of the Urban Collage complex, designed by Maison Edouard François. The architect is famous in France and worldwide for his green architecture. Here, as in his recent work in the area of Les Vignoles in the capital, François reflects on the existing types of buildings present on site: his new social housing is a project that derives from the overlap of forms already present in the town’s memory. 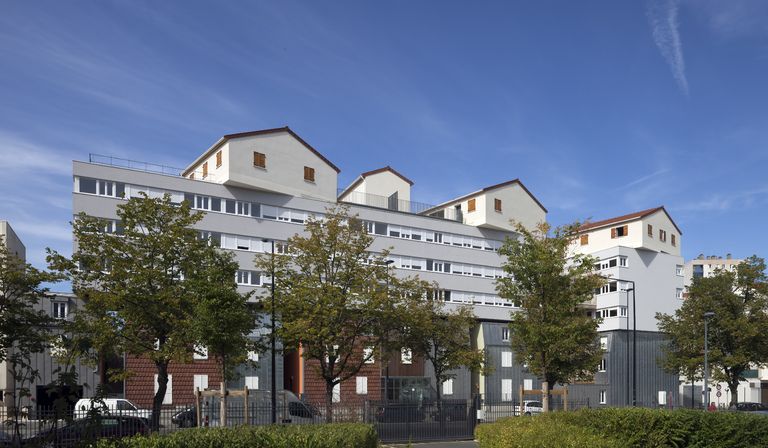 Edouard François has designed a building that integrates with the local architecture, placing a search for buildings that recount its history at the centre of contemporary debate. The French architect extends the concept of environmental sustainability, on which all his designs are based, so his work not only aims to reduce emissions and energy needs, but also to create afundamental relationship between the new and the old, between contemporary housing requirements and that of preserving collective memory.
Edouard François has already been involved with social housing at Les Vignoles in Paris and now investigates the social history of Champigny-sur-Marne and the urban transformation that followed the end of the Second World War. The town had to cope with waves of immigration that brought thousands of Moroccans and Portuguese from the countryside to work in factories in the capital and neighbouring towns.
The Champigny municipality website describes how, from the '50s to '80s, around 20,000 new homes were built, 16,000 of which were collective housing, while the population grew by 1,500 residents every year. In the Les Mordacs area, where Edouard François? work took place, high tower blocks and dormitories with modular housing were built in the historic centre, in the most classic and worst approach to building, which made the outskirts of French cities famous for all the wrong reasons. Today Le Mordacs is the subject of widespread urban renewal, which began in 2010 and includes new sports structures and stores amidst green areas with pedestrian paths and roads leading to the city centre. Here is Edouard François? social housing, which has made the architectural complexity that has characterised urban development its own, reconstructing its types and special features, and designing the form of the new as the recomposition of overlaid temporal and typological layers.


114 new homes, including terraced houses, modular apartments and single-family homes with a pitched roof that develop like a single organism, in which each one has its own formal independence. The three layers of the composition are made up of the archetypal terraced house with a zinc, copper and terracotta covering; the archetypal modular system of the typical homes of the residential buildings of the '50s and, finally, the archetypal home with a pitched roof, which alludes to the kind already present in the historic centre. The formal independence of each residence is seen in the independent external accesses, which in the case of upper floors is an outdoor wooden staircase, another typical element of François? design. The overlapping of different examples of architecture creates a dynamism of vision, enriching the experience of those who live inside the complex.
With his usual attention to reducing energy consumption, and promoting connection between the homes and nature, François has chosen geothermal heating and solar panels to heat water and has created areas to collect rainwater to maintain greenery. br />
Mara Corradi 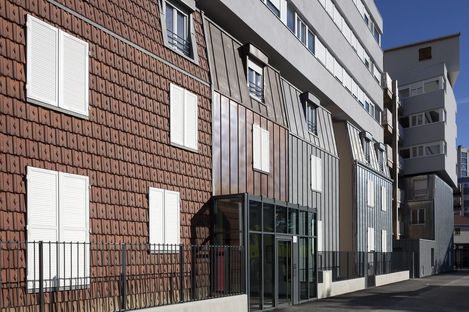 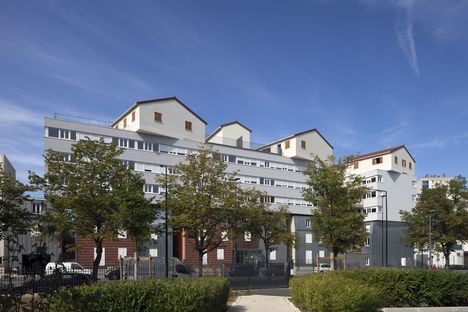 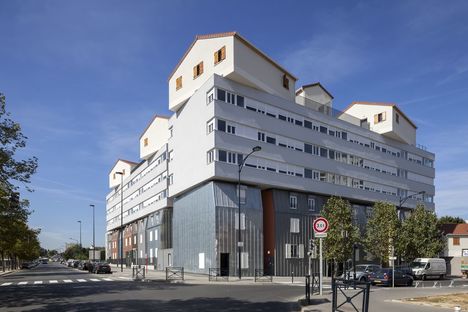 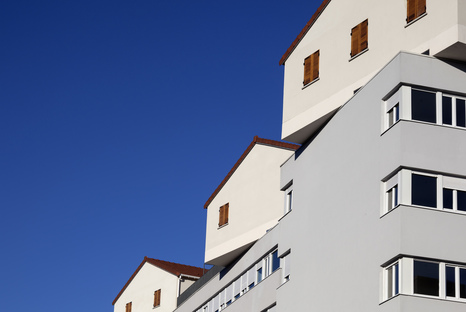 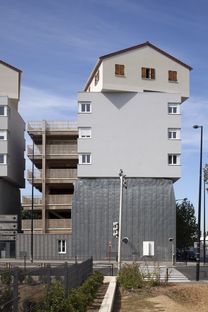 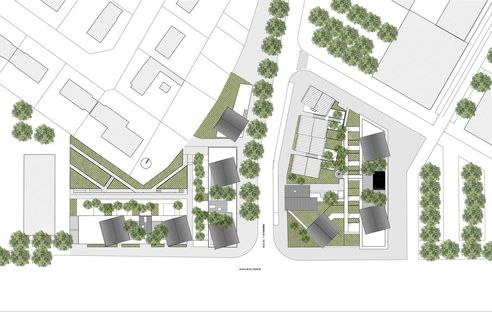 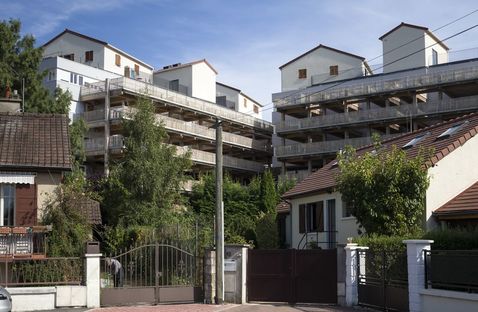 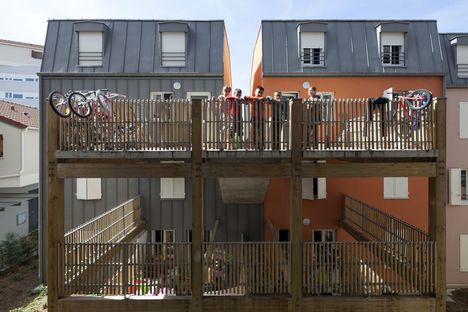 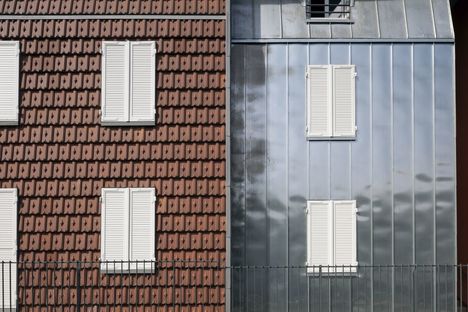 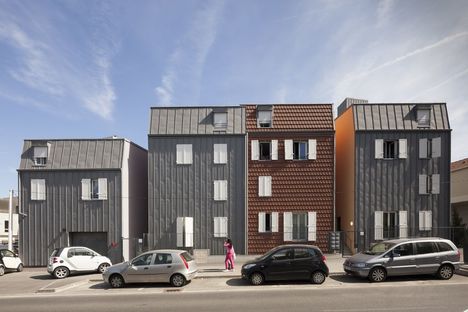 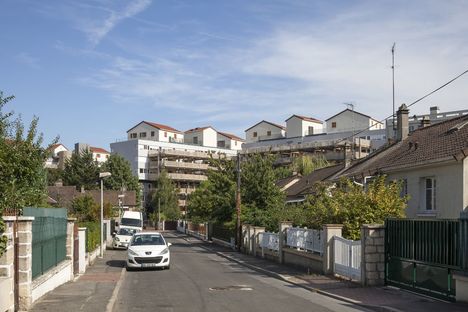 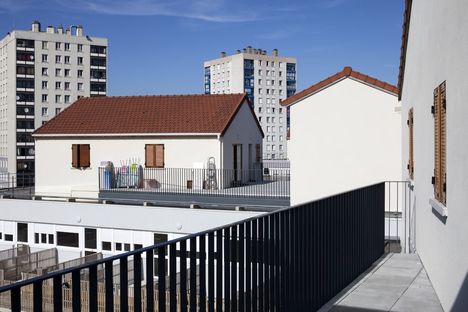 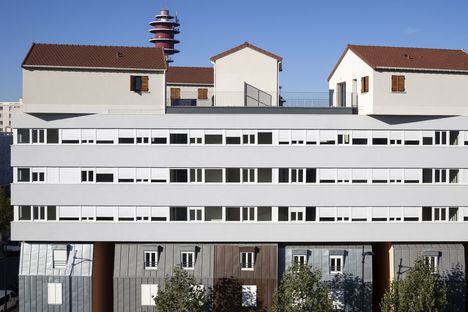 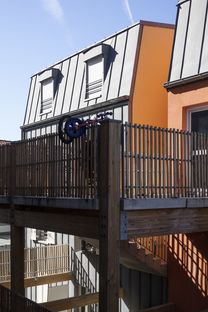 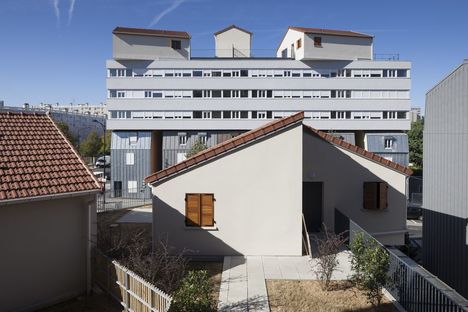