Ferrier Marchetti Studio has completed an important project in Paris, Grand Central Saint-Lazare. The new mixed-use building is adjacent to the railway station of the same name, located in the 8th arrondissement, an important transportation hub for Paris that sees more than 100 million passengers a year, a historic station immortalised in famous paintings by Claude Monet. 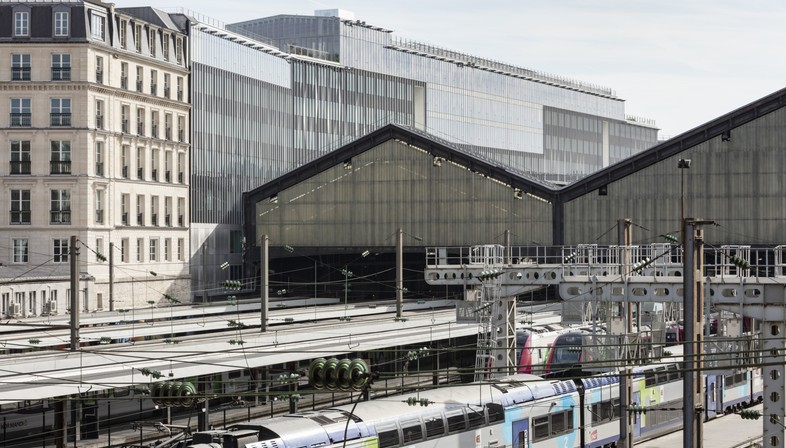 The humanistic approach is an important element in Ferrier Marchetti’s urban infrastructure projects, as is apparent in studio’s recent Grand Central Saint-Lazare project in Paris. The mixed-use building incorporating shops, restaurants, a rooftop garden and an auditorium is located next to one of the most important railway stations in Paris, the historic Gare Saint-Lazare. The station, located in the 8th arrondissement, is an important transportation hub that sees 100 million passengers a year; it is clear that in their project for this site, the architects of Ferrier Marchetti had to focus on people and their sensory experience of the city.
Architect Pauline Marchetti explained the concept at the exhibition “Entre-deux: une architecture de la résonance”, held in the autumn of 2019 at the UQAM Design Centre in Montreal. "We take the question of senses in architecture seriously,” said the architect, going on to point out that “the daily experience of city-dwellers is at the heart of our approach to design. The pleasure that can be given by the daily experience of cities has to be reconquered as an essential and vital asset of our urban lives.”. 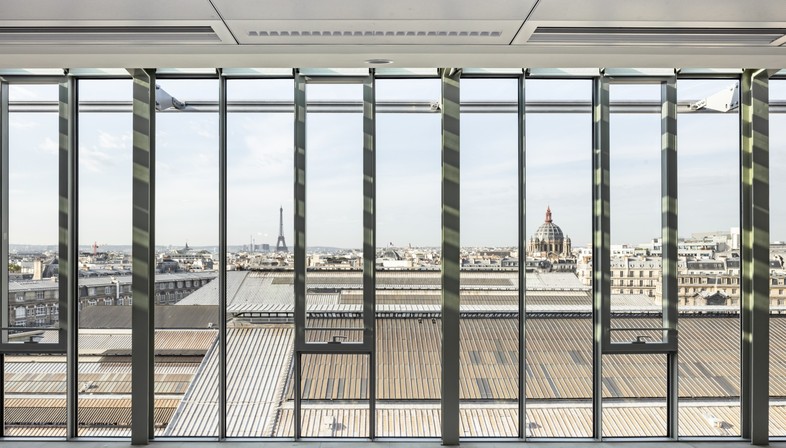 Architecture of the senses is what the architects attempted to achieve in the renovation and reconstruction of Grand Central Saint-Lazare. The architects attempt to remodel the densely urbanised district, connecting visitors with the spirit of Paris once again. The project unrolls along the Gare Saint-Lazare railway station, with a new contemporary structure and renovation of an important building nearby, the Haussmann building. The project restores the spaces to the history of the neighbourhood while paying homage to a number of famous paintings by Claude Monet. The famous Impressionist painter made four paintings portraying the Gare Saint-Lazare; these paintings, with their blue skies and orange sun, provided the architects with inspiration for the colour scheme of the façade of the Grand Central Saint-Lazare, a glass skin made up of modular elements at different angles that vibrate in the light to create ever-changing effects of colour. In this densely populated neighbourhood, the building designed by Ferrier Marchetti offers the public a new urban landscape, a place open to the city, where the panes of glass and hanging gardens multiply the views of the city on a number of levels, establishing visual contact with other famous Parisian icons such as the Eiffel Tower and the Basilique du Sacré-Cœur.
The project also saw the participation of studio MUGO, which transformed the roof of the Grand Central Saint-Lazare into an 800 sqm rooftop garden where plants, herbs and edible flowers are grown, using collected rainwater and providing a habitat for bees. It is a space open to the inhabitants of the neighbourhood, hosting educational workshops and offering spectacular panoramic views of the city, and above all providing a new refuge for insects and birds right in the heart of Paris, a concrete example of urban biodiversity. 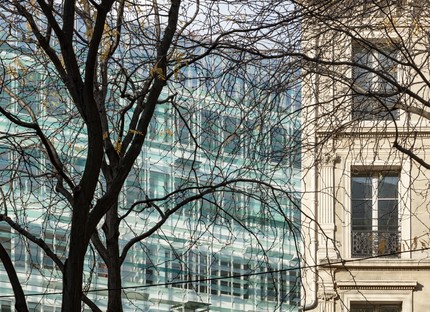 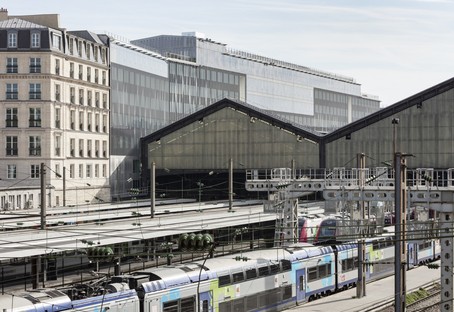 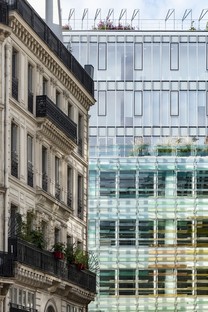 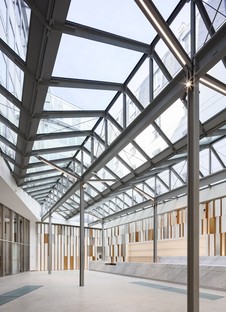 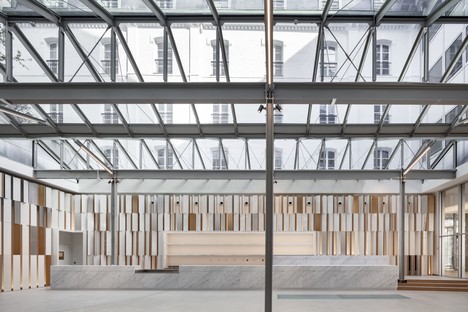 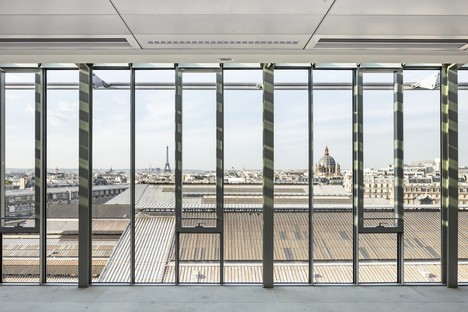 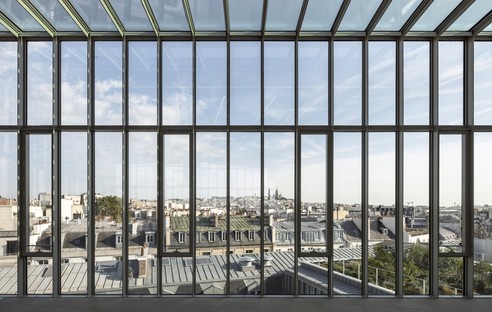 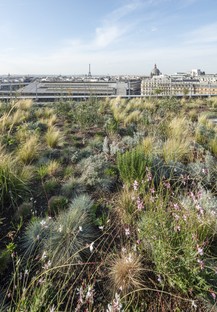 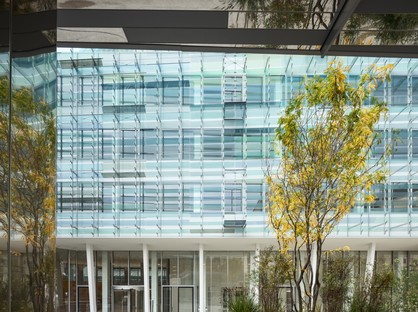 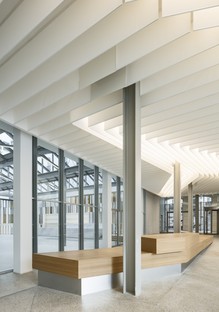 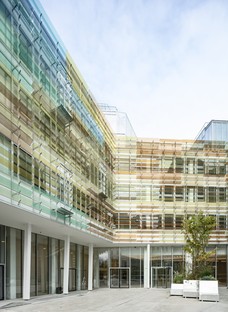 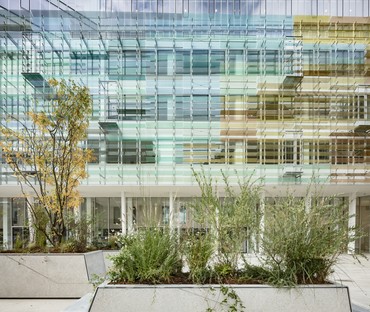 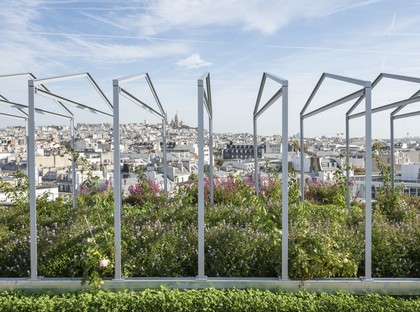 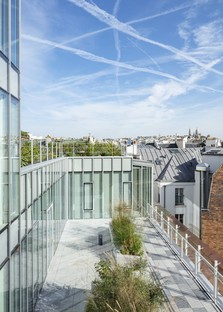 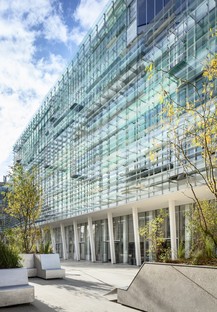 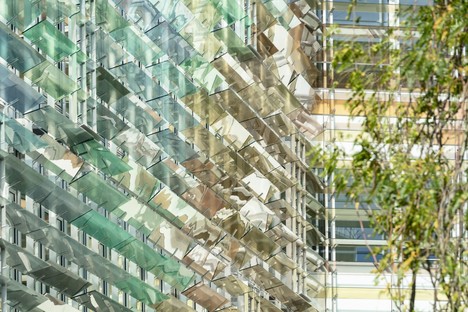 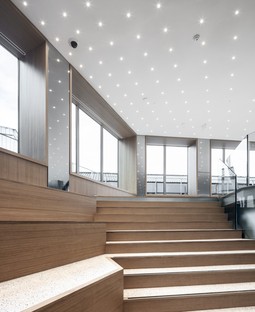