The inaugural exhibition at Palazzo Albergati, a prestigious new exhibition centre for the city in a sixteenth-century building in the heart of historic Bologna, focuses on the work of Escher. 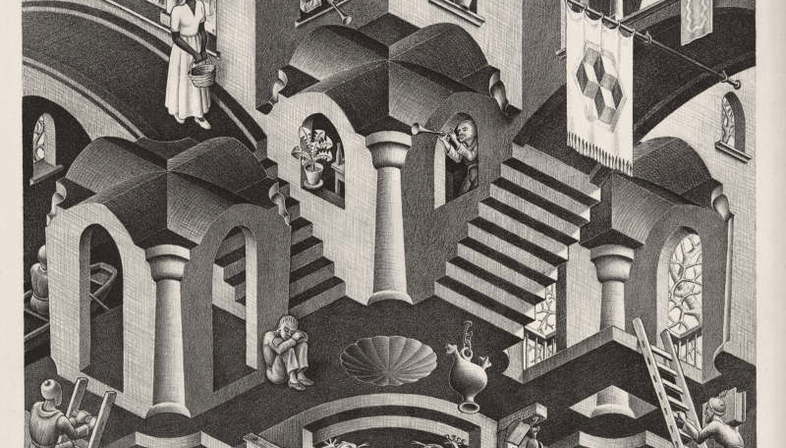 After the 2008 fire, Palazzo Albergati, a sixteenth-century building in the heart of historic Bologna, has now been brought back to life as an exhibition centre, opening with a retrospective of the work of Maurits Cornelis Escher.

Produced in collaboration with the M.C. Escher Foundation, the exhibition presents more than 150 of the artist’s works, including some of his best-known masterpieces: Hand with Reflecting Sphere, Day and Night, Möbius Strip II, House of Stairs (Relativity), Another World II, Bond of Union, and the Emblemata series.
The exhibition is organised into six different sections with panels explaining the optical illusions most commonly used by Escher. Visitors can also undergo three different perceptive experiences based on the law of reflection, the three-dimensional illusion and its illusory depth.
The exhibition concludes with an Eschermania section focusing on “Escher as a phenomenon”, that is, the Dutch artist’s influence in fields ranging from publishing to graphics, from household objects to fashions, from comics to film.
Visitors may use the official hashtag #EscherBologna to share their experiences of the exhibition. 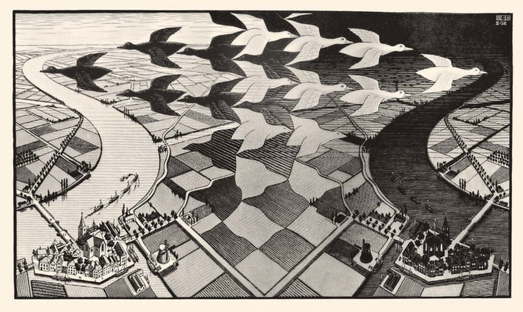 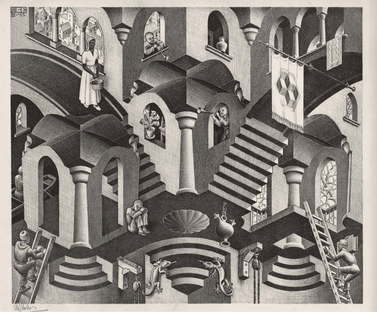 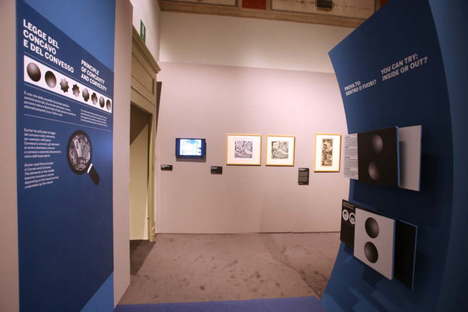 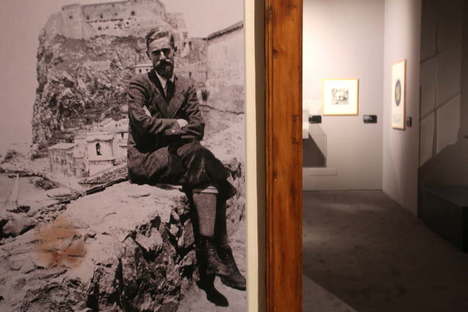 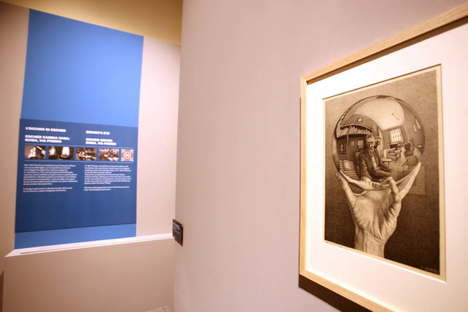 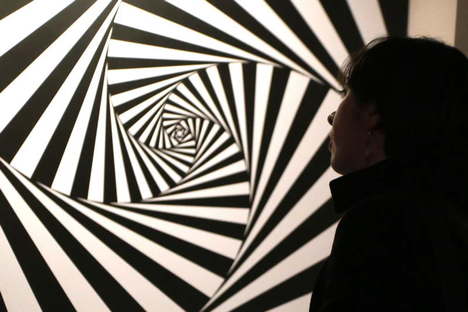 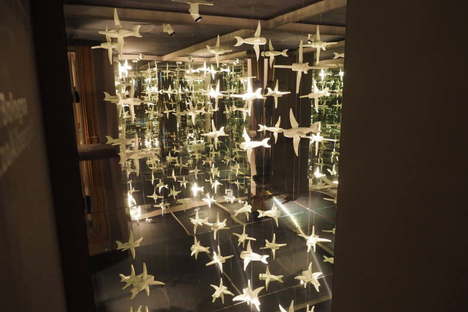