Waste collection, recycling, reclamation and upcycling are key issues in today's society, and the architects of DATA have created an interesting recycling and sorting centre that also “reclaims” what used to be a non-place on the outskirts of Paris. 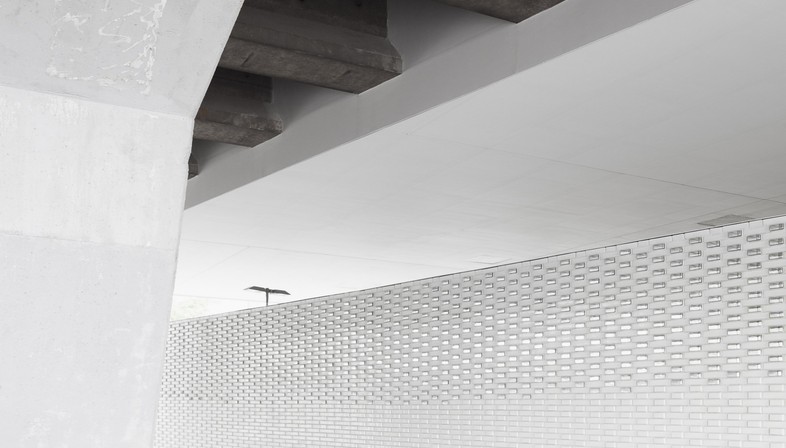 The former industrial zones of the outskirts of Paris have become the site of some of the twentieth century's most interesting experiments in architecture, including the famous Parc de la Villete, Cité de la Musique and, most recently, the Paris Philharmonie, completed in 2015 to plans by Jean Nouvel. This is the context in which the architects of DATA built the new Porte de Pantin Recycling and Sorting Facility. The sorting centre was built in what used to be a traffic roundabout, redeveloped to permit the tram line to run through it, and here, reclamation begins with the site itself. The presence of a number of different roads makes it a strategic location, and the architects underline this condition with a project that attracts the curiosity of passers-by. What attracts their attention is a white wall 3.30 m high, set in the grey tangle of streets to shelter the sorting centre from its surroundings. It is imposing and yet light, because this white skin is made of staggered white brickwork, alternating with glass bricks at variable heights. The transparency of the glass allows pedestrians to see what is on the other side of the wall, satisfying their curiosity. Inside, the sorting centre is divided into a number of different outdoor areas for different materials and indoor areas for use by employees. 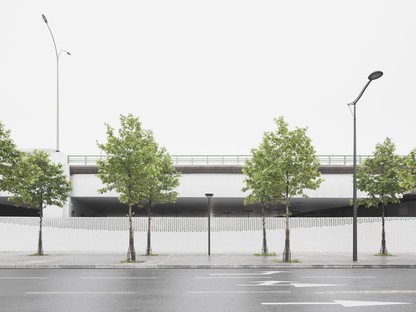 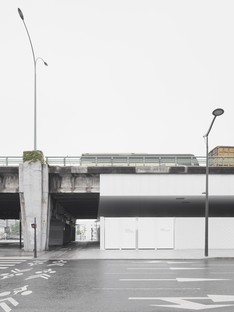 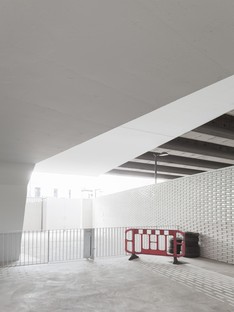 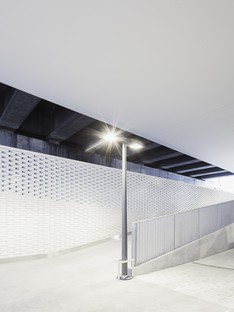 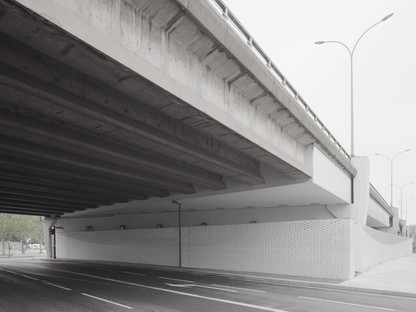