The Marseillaise, Jean Nouvel’s new building on the Marseille waterfront, opened at the end of October 2018. Its painted concrete facade contains about 30 different hues of blue, white and red, blending with the sky and the red roofs of the city. 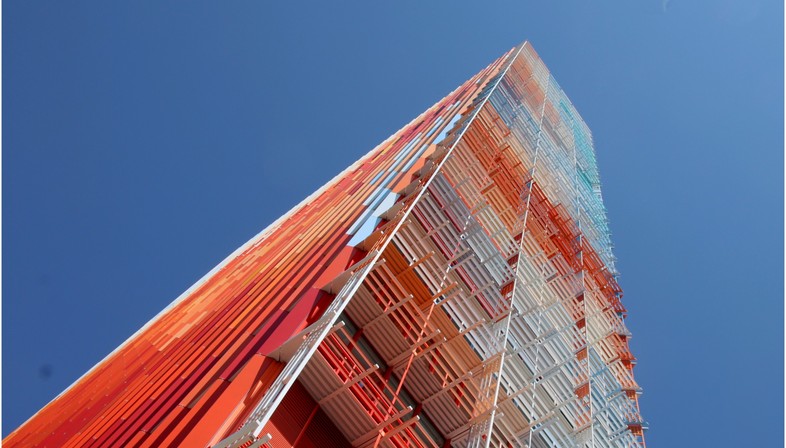 Marseille is fertile ground for outstanding and experimental architectural projects. Projects of the recent past come to mind, such as Le Corbusier’s La Unité d’Habitation - Cité Radieuse or Fernand Pouillon’s buildings and reconstruction of the old harbour, and even more recently than these, new buildings and structures that have confirmed the role of the French city as an inspiring “muse” for bold architecture. Projects such as Sir Norman Foster’s Ombrière, Rudy Ricciotti’s Museum of European and Mediterranean Civilisation in Marseille (MuCEM) and Stefano Boeri’s Villa Méditerranée, or the new FRAC (Fonds Régional d’Art Contemporain) by Kengo Kuma. This is by no means an exhaustive list, but it makes for an interesting walking tour, described in the itinerary prepared by Cintya Concari for Floornature, with the latest new addition, in chronological order, of a new project by Jean Nouvel: The Marseillaise. 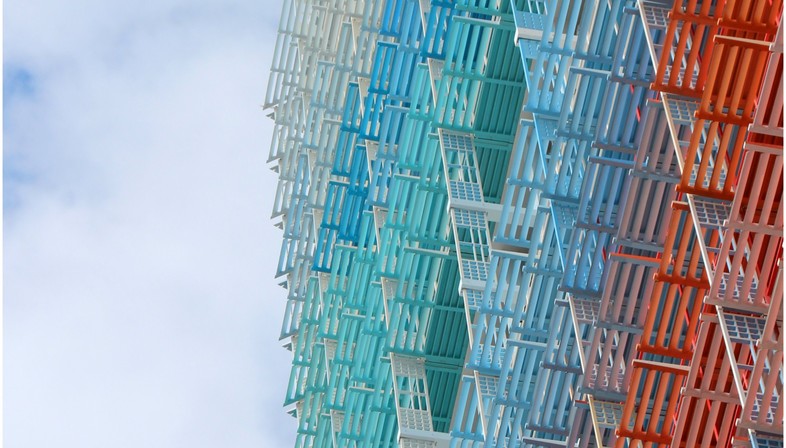 Inaugurated at the end of October 2018, The Marseillaise is part of the Quais d'Arenc project in Euroméditerranée, Marseille's financial district by the sea.
Jean Nouvel is the third Pritzker Prize winning architect to work on the Marseille waterfront. Zaha Hadid went before him with the CMA CGM Tower, a 146 m high skyscraper across from La Marseillaise, while Sir Norman Foster designed the Ombrière, a pavilion built to host the events celebrating Marseille as European Cultural Capital in 2013. The area is also home to Roland Carta’s Balthazar building, the cultural centre designed by architect Eric Castaldi in the former grain silos and the Docks de la Joliette, renovated a couple of years ago to plans by the Italian studio 5+1 AA (now Atelier(s) Alfonso Femia AF517).
Jean Nouvel’s 135 m high tower is an important feature on the new Marseille skyline. The architect designed an unusual tower intended to become a symbol of the city and immediately declare that it belongs to the Mediterranean, playing with the sunshine and drawing light shadows in the sky. Its unusual painted concrete façade recalls optic art and kinetic motion. The architect used about 30 different colours, different shades of blue for the sky, white for the gullies of Provence and red for the bricks of the city. When seen from far away, the building produces an optical illusion, and the colours employed allow the tower to blend in with the landscape, the blue sky and the red roofs of the buildings. The complexity of the elements forming the tower only becomes visible upon approaching it. 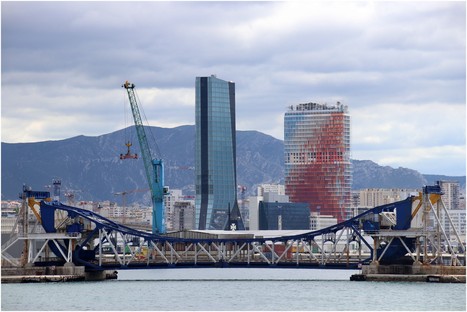 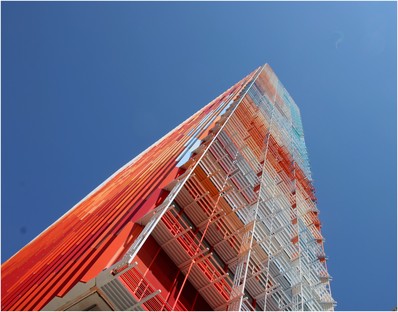 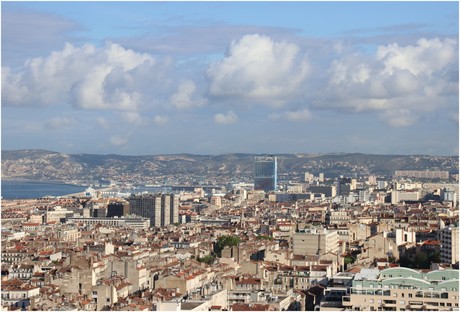 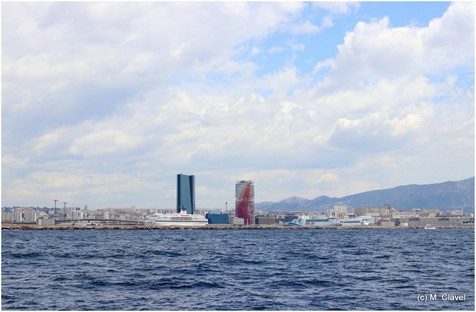 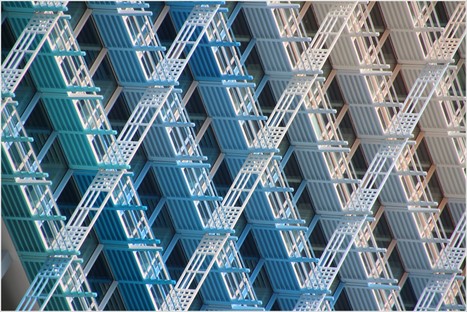 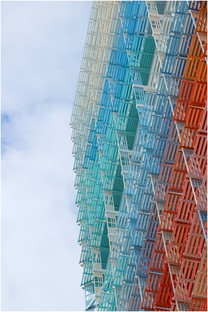 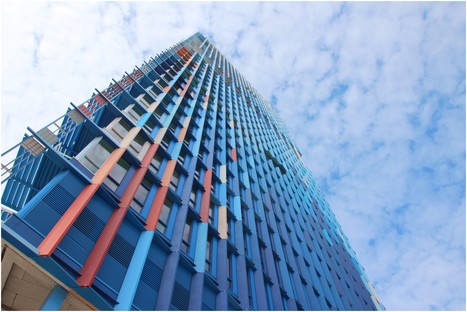 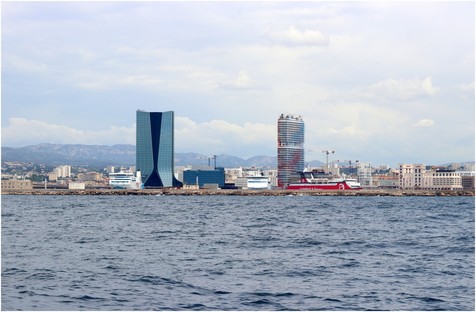 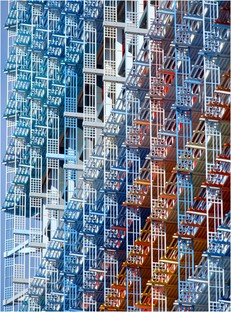