In the metropolitan area of São Paulo, in Brazil, near Guarulhos International Airport, the Dal Pian Arquitetos architecture firm designed the SESC Guarulhos, a mixed-use complex that brings together culture, sports, teaching, health, leisure and other recreational activities. A large public space that aims to stimulate interaction and coexistence between people. 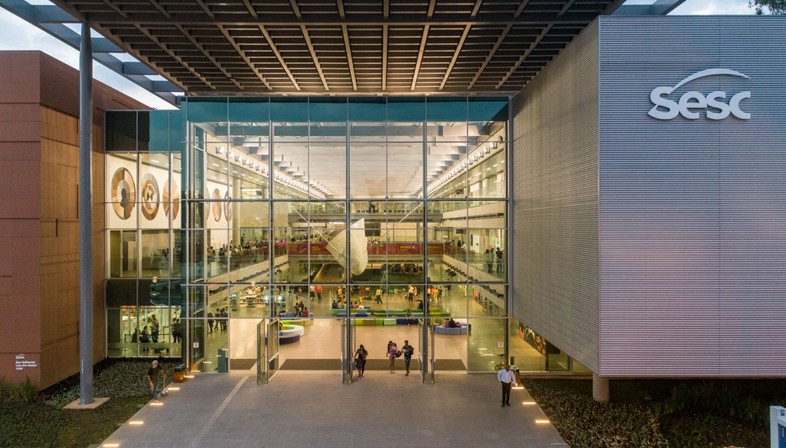 In 2009, following the first public design competition announced by SESC, the Brazilian Dal Pian Arquitetos architecture firm was commissioned to design the SESC Guarulhos.
SECS is an acronym for Serviço Social do Comércio (Social Service of Commerce), a private non-profit institution that operates throughout Brazil promoting initiatives in the education, health, leisure, culture and medical care sectors, as well as in the financing of artistic activities. 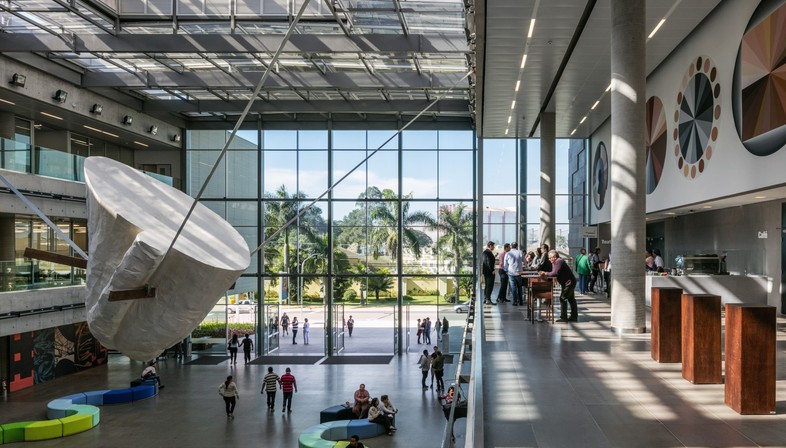 The new SESC Guarulhos, designed by the Dal Pian Arquitetos architecture firm and which opened its doors to the public in fall 2019, was built in the metropolitan area of São Paulo, in Brazil, approximately 15 km from the city centre, near the Zezinho Magalhães residential complex and Guarulhos International Airport, from which it takes its name.
The site selected for the project is an urban area in a phase of growth and transformation, a landscape characterised by a heterogeneous and at times fragmented and discontinuous design, typical of a developing urban environment. Inserted in this environment, the SESC Guarulhos is a large public-use complex that brings together culture, sports, teaching, health care, recreation and leisure activities. The building is characterised by a wide and varied range of features, from gyms to a theatre, from restaurants to a dental clinic, from creative spaces for young people to a swimming pool and other sports facilities, from a library to a music centre, while also including outdoor green areas, service spaces and administrative offices. The architects answered these requests with a large democratic and welcoming building, which seeks to encourage and stimulate meeting, coexistence and interaction between people.
The architecture designed by the Dal Pian firm is not only required to satisfy the various activities and functions directed to the public, but also to contribute to the construction of a continuous, cohesive and unitary urban context. The building in fact also aims to communicate the important social and cultural role played by the SESC. 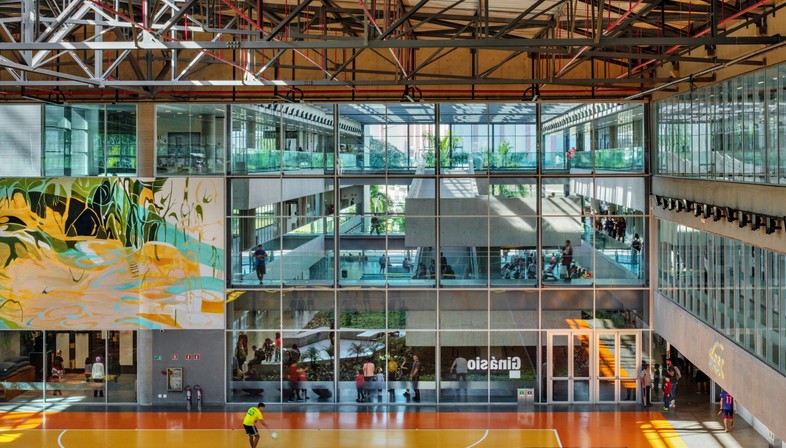 With this in mind, the architects designed a building articulated on three levels with a wide entrance, which invites passers-by to enter, presenting itself as a natural extension of the surrounding urban routes. The internal distribution of functions and flows is organised around a large central square appropriately named "Coexistence Plaza". A diaphanous space, obtained thanks to the natural light that penetrates through the cladding system made up of metal grilles and glass. The square develops and crosses all levels of the building, connecting them visually in an internal landscape with perspectives over the different environments connected through the use of ramps, walkways and corridors. 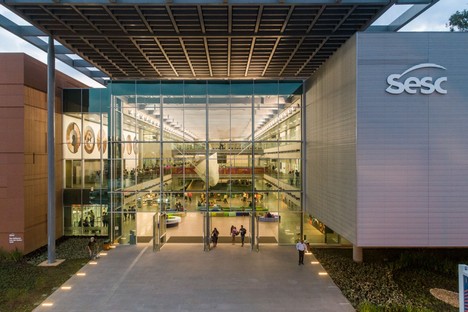 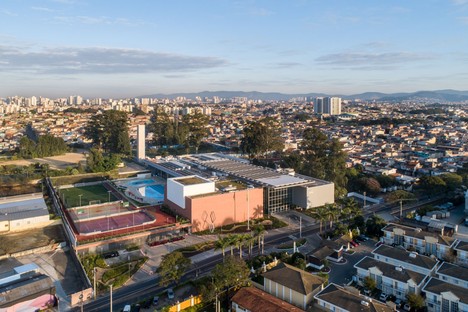 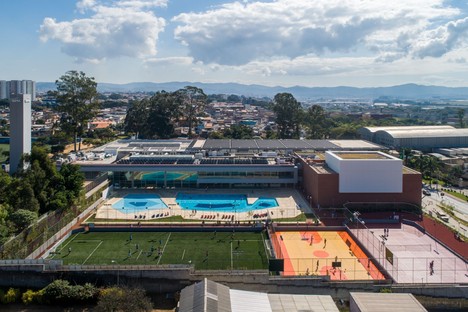 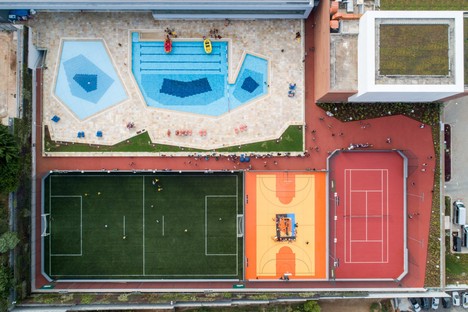 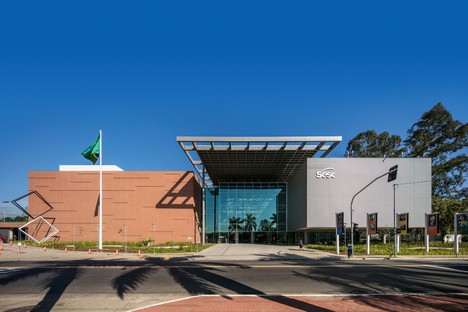 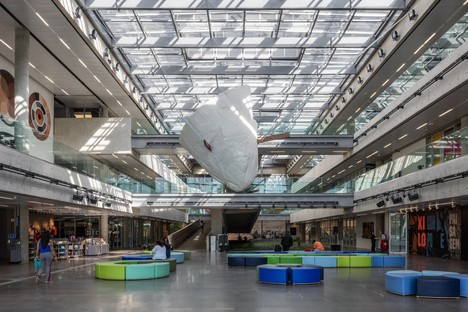 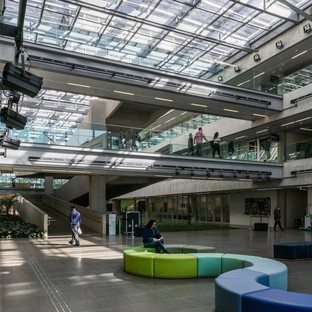 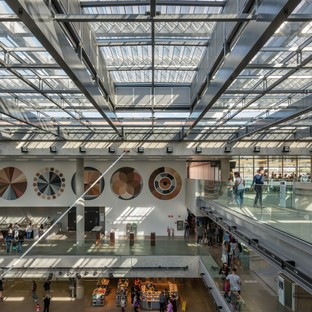 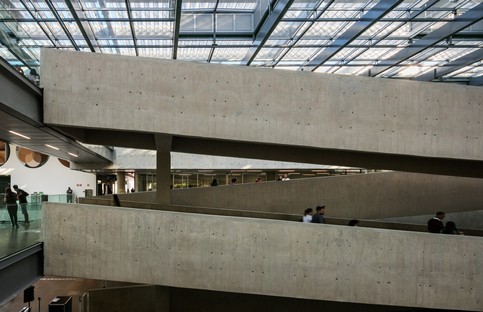 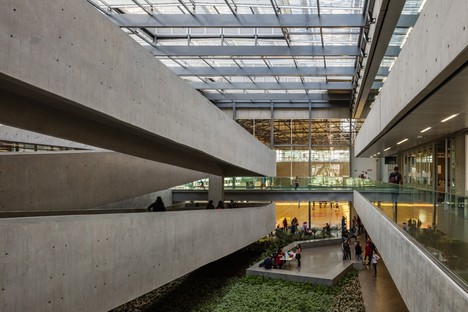 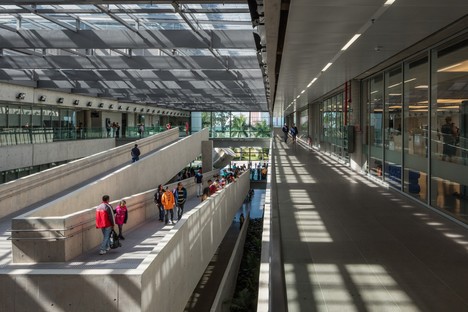 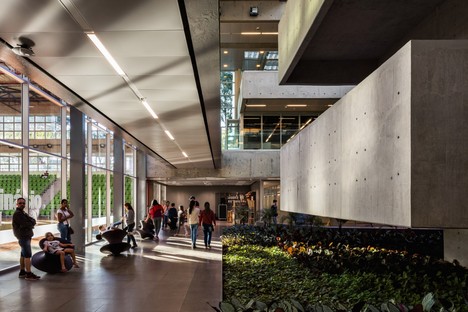 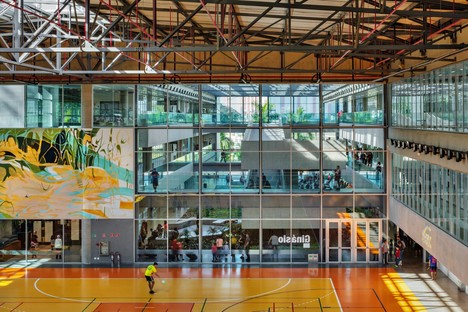 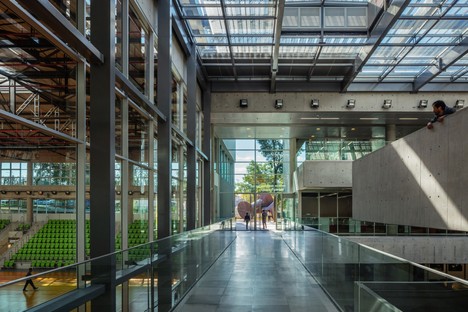 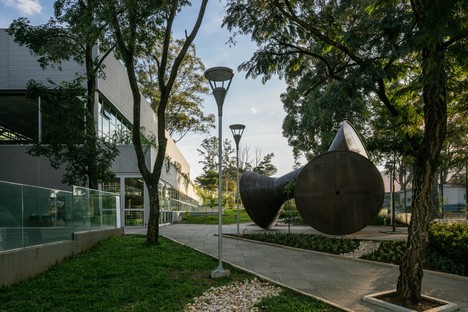 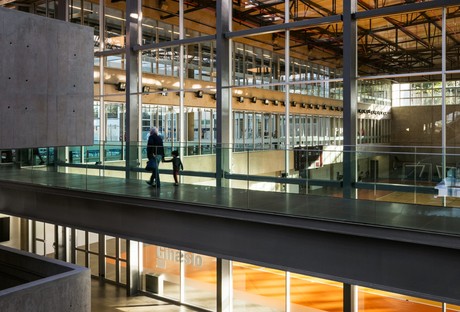 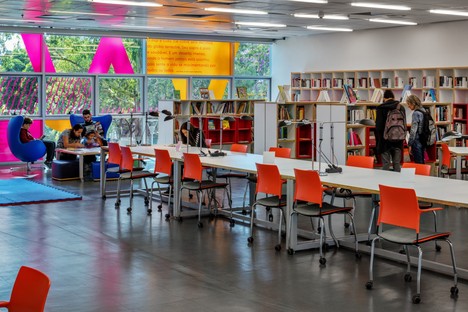 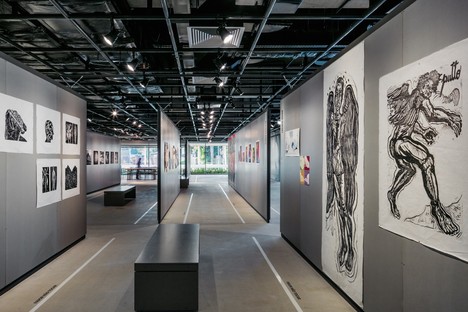 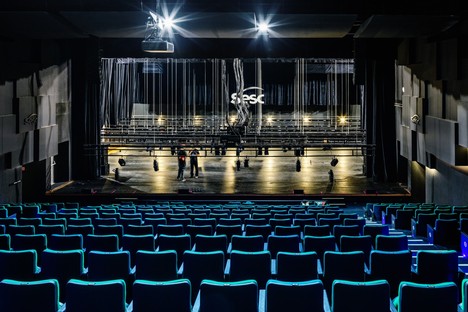 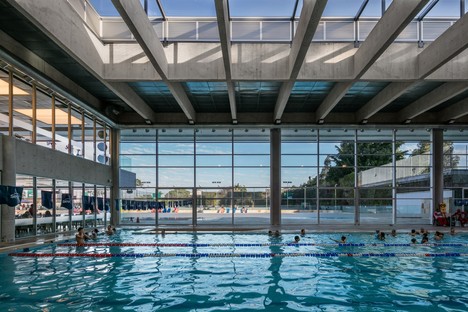 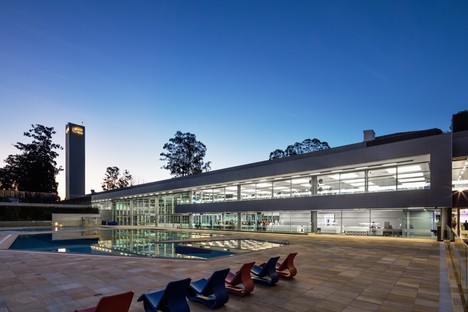 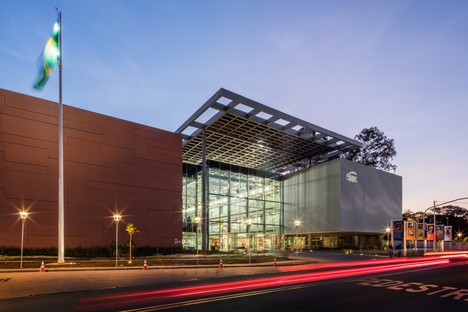